Skip to content
aligator32 Uncategorized January 9, 2020January 9, 2020 8 Minutes
Oops, this was supposed to squeeze in a while ago…

{I wrote this September 15-ish}
Since returning to the trail on July 3, Matt and I have hiked over 1000 miles, for a total of 1619.9miles! That’s, like, a shit ton of miles! Back when we hit 566 miles I wrote a post about random thoughts and stories from the first section of the trail, so I figured I’d do the same now…
1. Location. As obsessed as we(thru-hikers) are with makin’ miles, we often talk about location of people in days, not distance. So many times I find myself saying, “oh, {he or she} is probably 1/2 day behind us” or “our trail fam is about 10 days ahead of us.” Others have told me, “you know {so and so}? Well, they are probably like 2 days behind us…” or, “you’ll probably see them in a day or two…” It’s so very interesting to me! Why don’t we say, “our trail fam is currently around mile ____” OR, “I last saw so and so at mile ___.” Weirdos, all of us!!!
2. Town Food. We get SO excited for Town Food- like, wake-up-and-start-hiking-before-the-sun excited. One day I was talking to a muggle about Town Food and he interrupted me and asked, “wait, what’s town food??” It only then dawned on me just how weird it was that we call it Town Food. SO, really, what IS Town Food? It’s what you folk call food: restaurant food, baked goods, homemade meals, fruits and veggies, ice cream, etc.- anything readily available and consumed in town. Sometimes when we are feeling crazy we “pack out” Town Food- I have personally packed out a burrito, sandwiches, and an orange, while many others have packed out McDonalds, avocados, and fresh veggies. 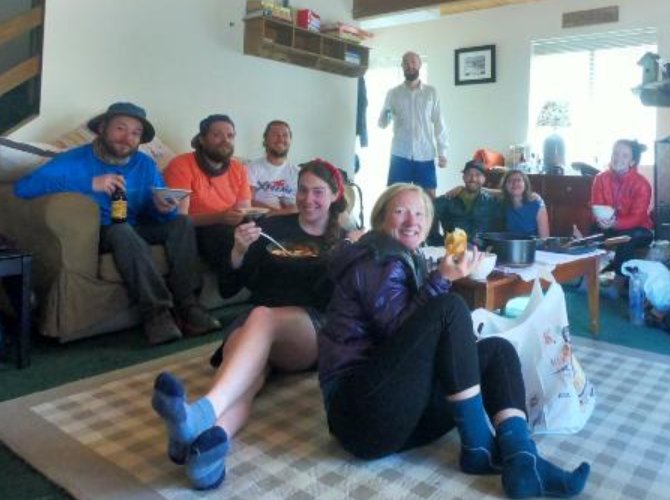 3. Did somebody say food?? Speaking of food, our taste buds have changed!!! I used to be a diet soda drinker & would often crave an ice-cold, extra carbonated, chemical-filled bottle. Since being on trail, however, I have lost the taste for soda & instead crave lemonade and the original Arizona Iced Tea. Mmmmmm!!

Matthew, on the other hand, who never drank soda, has been craving orange soda! It’s so funny! But he definitely isn’t alone- so many non-soda drinkers have been craving soda on-trail. Strange!!
Probably the biggest surprise for me: I have been eating cheese. Not, like, blocks of cheddar or anything strong and fancy and gross, BUT if a piece of American cheese finds its way into my omelette or onto my veggie burger I will still eat it and enjoy it! Heck, I might even ask for it! Cheese used to be a meal-ruiner for me. Columbia and I had bonded over this: if it was melted on pizza or that fake-ass Kraft Mac & Cheese or nacho cheese, count us in- otherwise, eewww! Now?? I don’t recognize myself anymore! Our bodies are pretty amazing- I’m wondering if my body has been craving salt and fat?
4. Pee-eww!! We smell bad. Like…really, really bad. So bad, in fact, that we never actually smell good, even after showers and laundry. Luckily, for the most part, we cannot smell ourselves and except for the occasional extra smelly hiker, we cannot smell each other. We can, however, smell a day hiker!! A whiff of fresh laundry and dryer sheets and sometimes even perfume or cologne is a dead give away that we are in the presence of a day hiker. You can’t fool us, day hikers and overnighters! 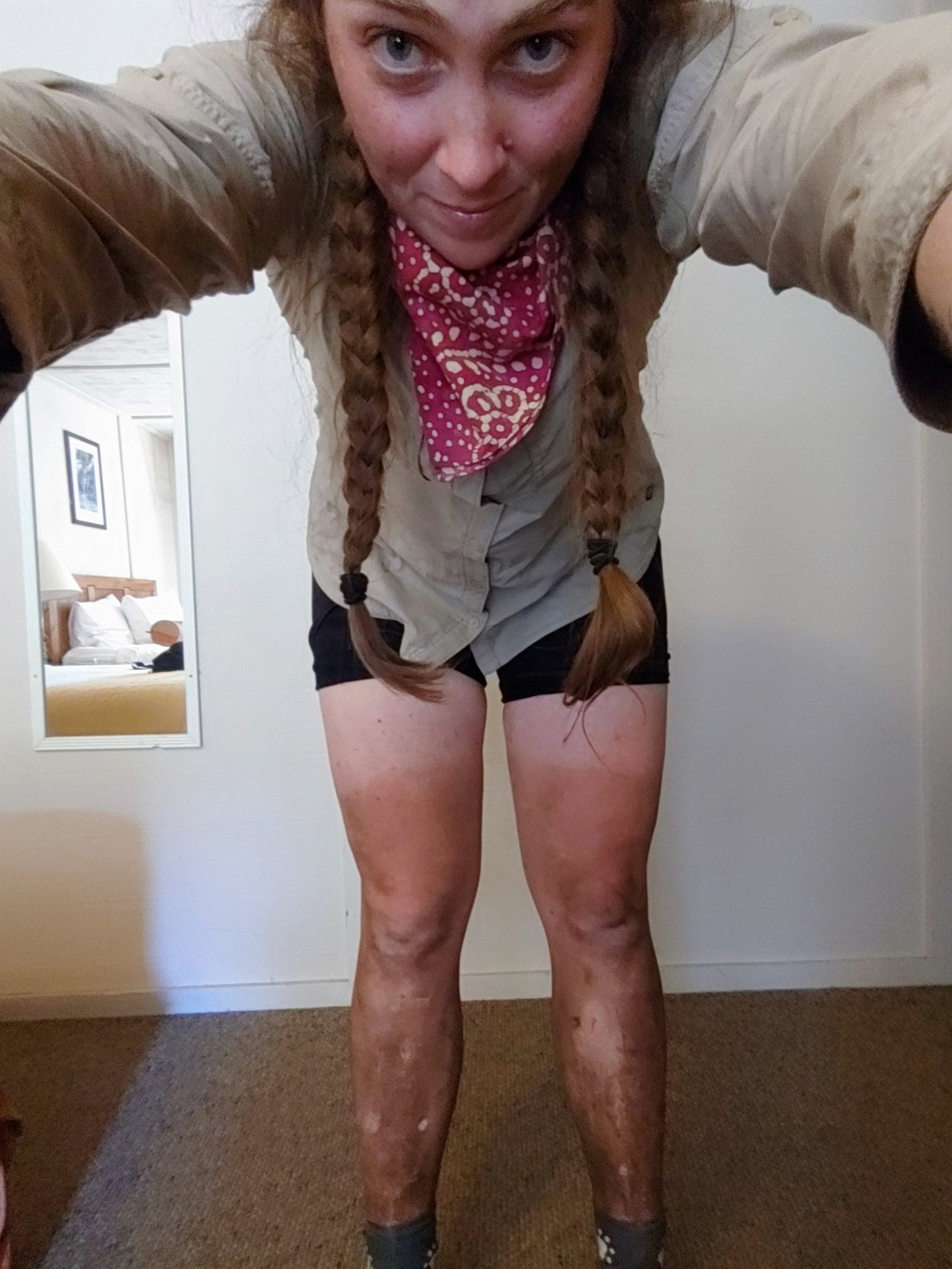 5. I have yet to pee without spraying my shoes…. 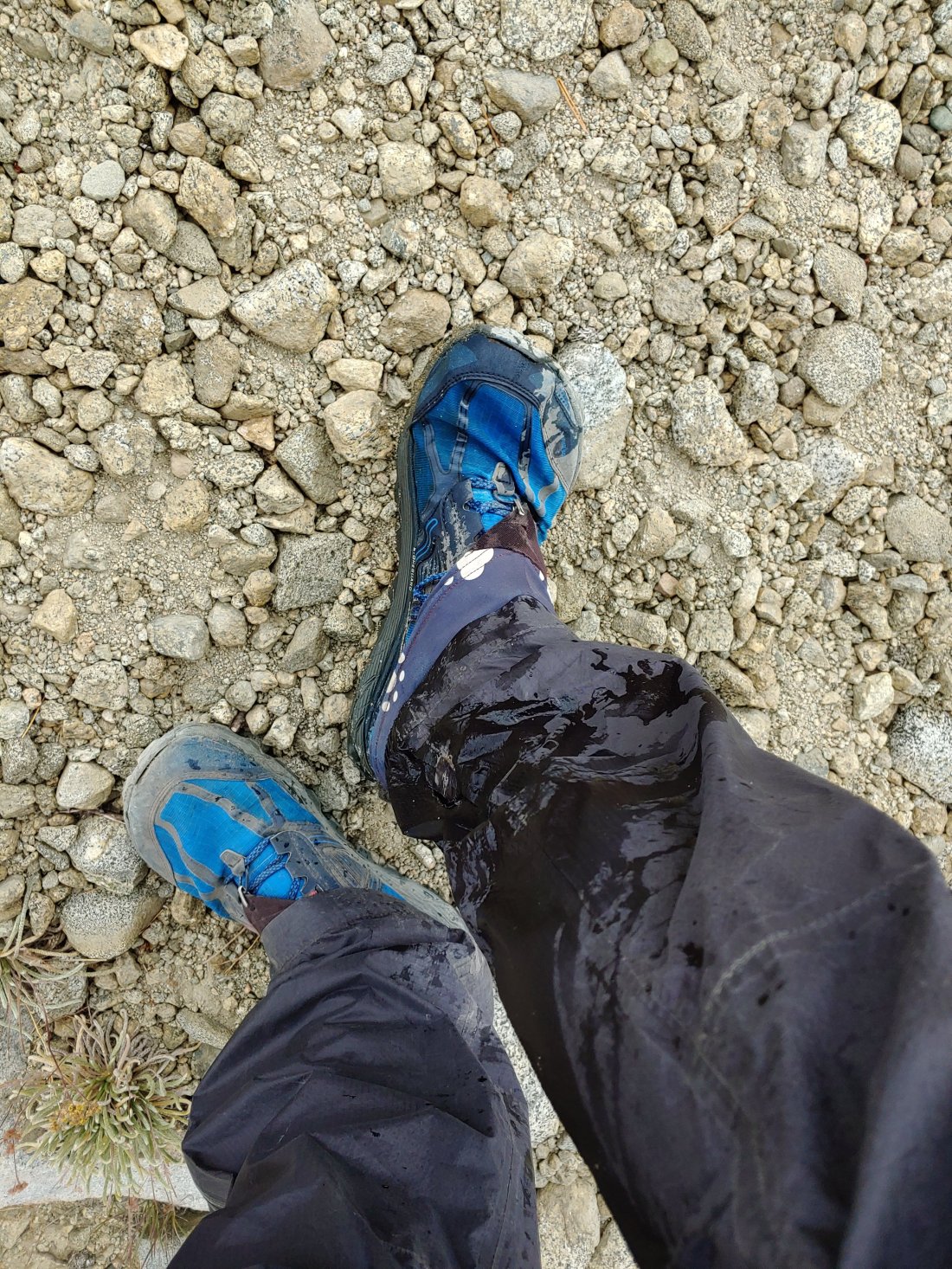