Mile 566.5 to mile 558.5, 8 PCT miles southbound + .6 miles off trail to walk back to hotel, 8.6miles total
Running total: 594.1
We woke up a little after 8am for breakfast and we went to TOWN on the buffet!
At some point I looked outside and saw fresh snow on the mountains. Fresh. Frickin. Snow! 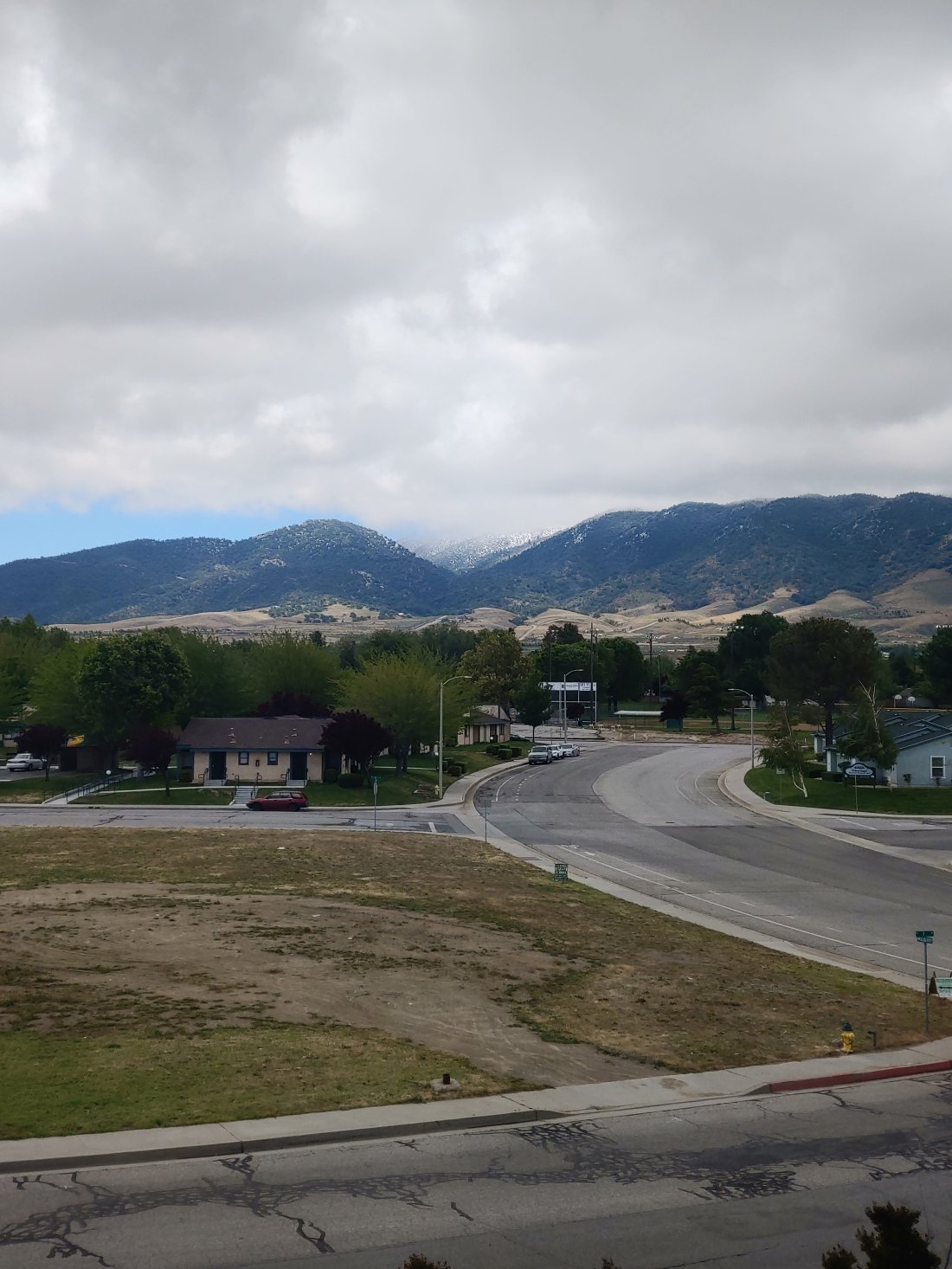 It was 35 and windy outside, so Matthew suggested that we wait until the temps reached above 45° before starting our hike- according to the weather that would be sometime after noon, but somehow we agreed upon an 11am pick-up time.

We arranged a ride with a trail angel, putzed around a bit until just before 11, then scurried around to get ready. It was weird packing for a day hike- what did we need?? We usually bang out 8 miles first thing in the morning before our first break! Arc, Matt, and I packed our packs with some water, a snack, and a warm layer, while Big Momma and Joe Dirt stuffed their pockets and opted to go packless.
Bob (the same trail angel we had Saturday!) dropped us off on the side of the busy interstate that runs adjacent to the road that the PCT follows. We chose to hike southbound back to 558 for the same reason we chose to hitch into Tehachapi from mile 558 on Saturday: while both mile 558 and 566 cross roads that will get you into town, it is much easier to hitch from a normal road vs an interstate highway(@ mile 566)!
It was ridiculously windy even just walking down the flat road, and it only got worse as we switchbacked up about 1000 ft!! 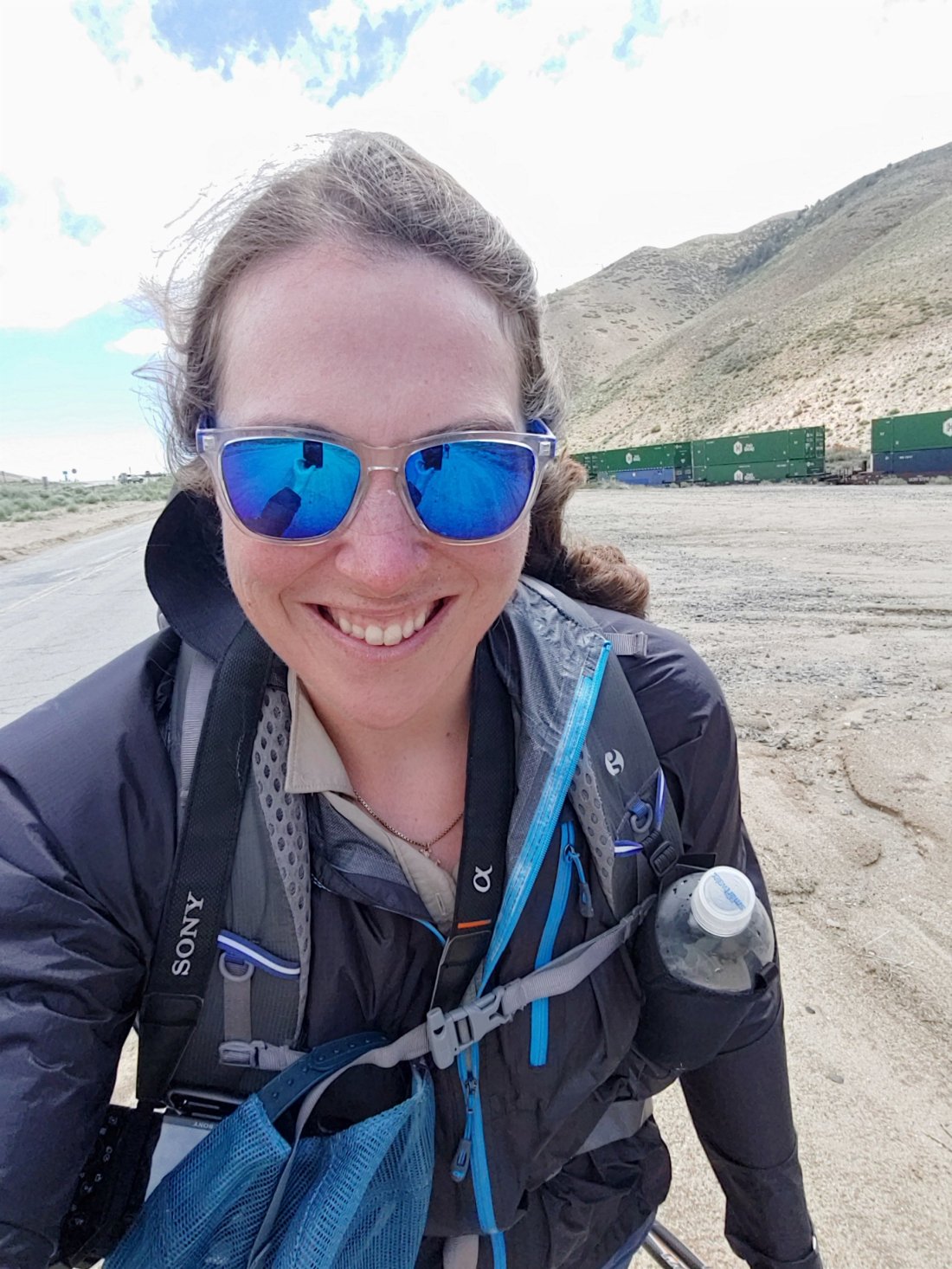 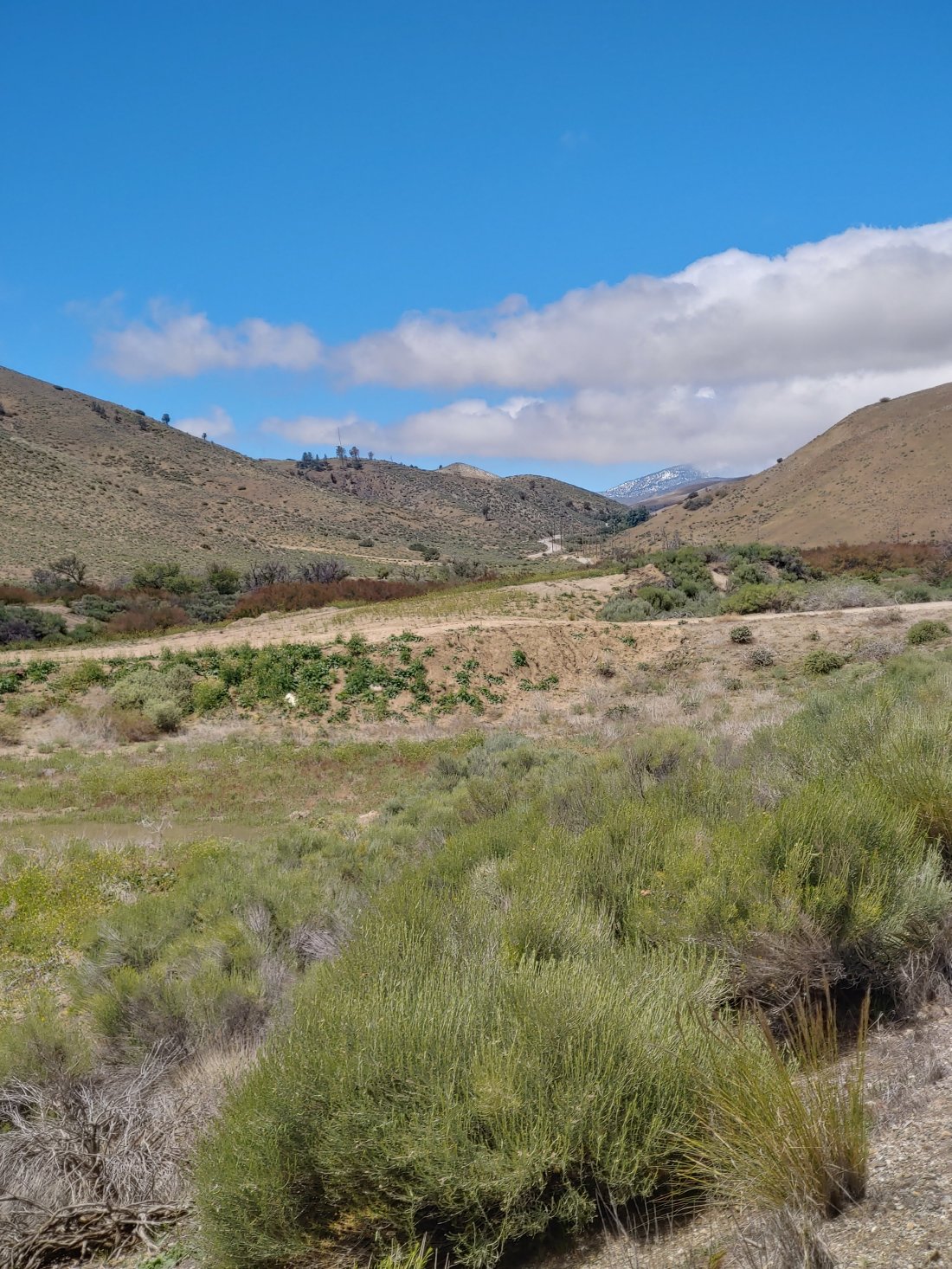 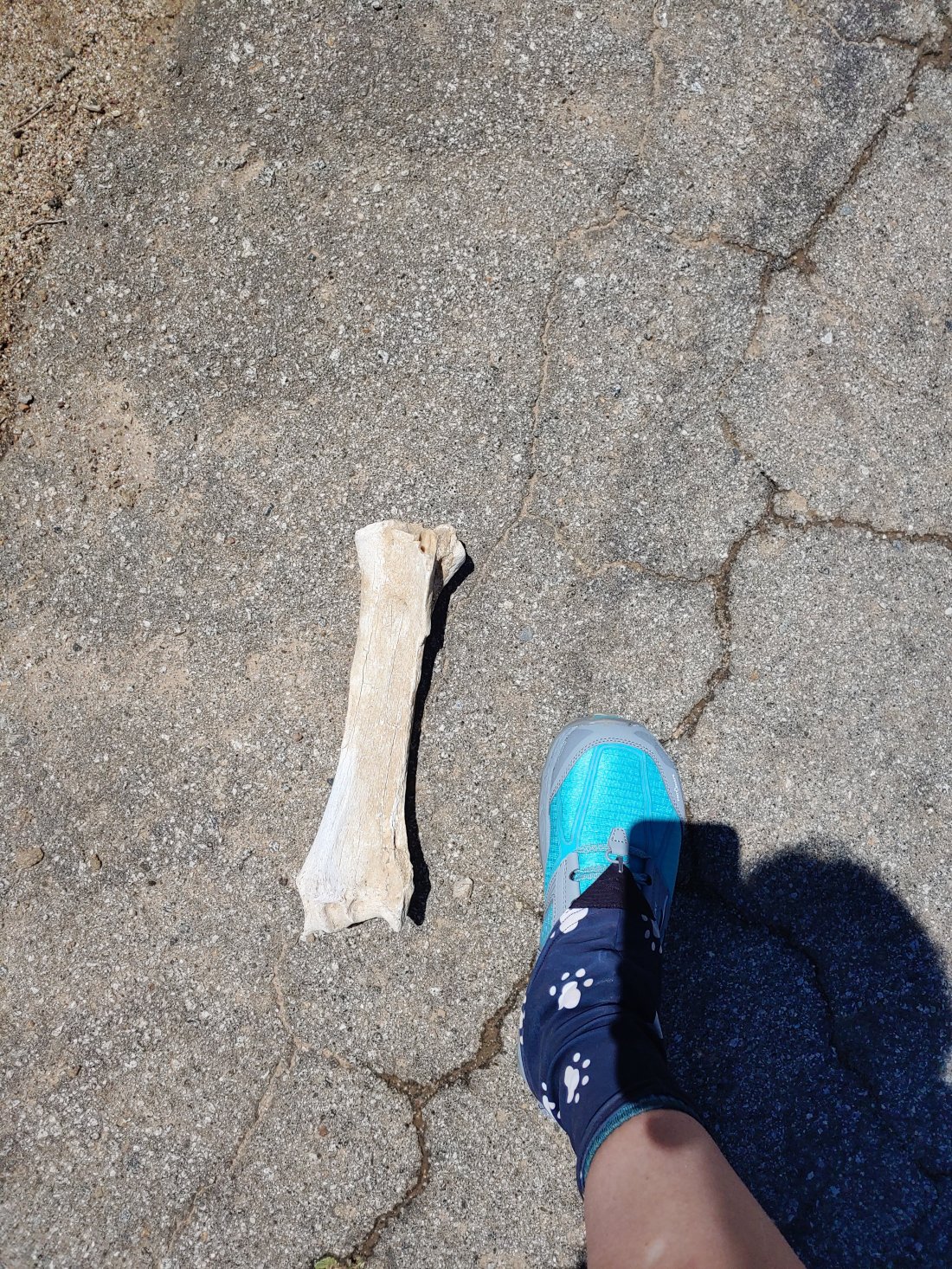 As constant seemingly galeforce winds tried to throw me off the mountain I began to re-think my life choices, but thankfully as we lost a little elevation the wind only blew in occasional gusts, making the day more bearable. 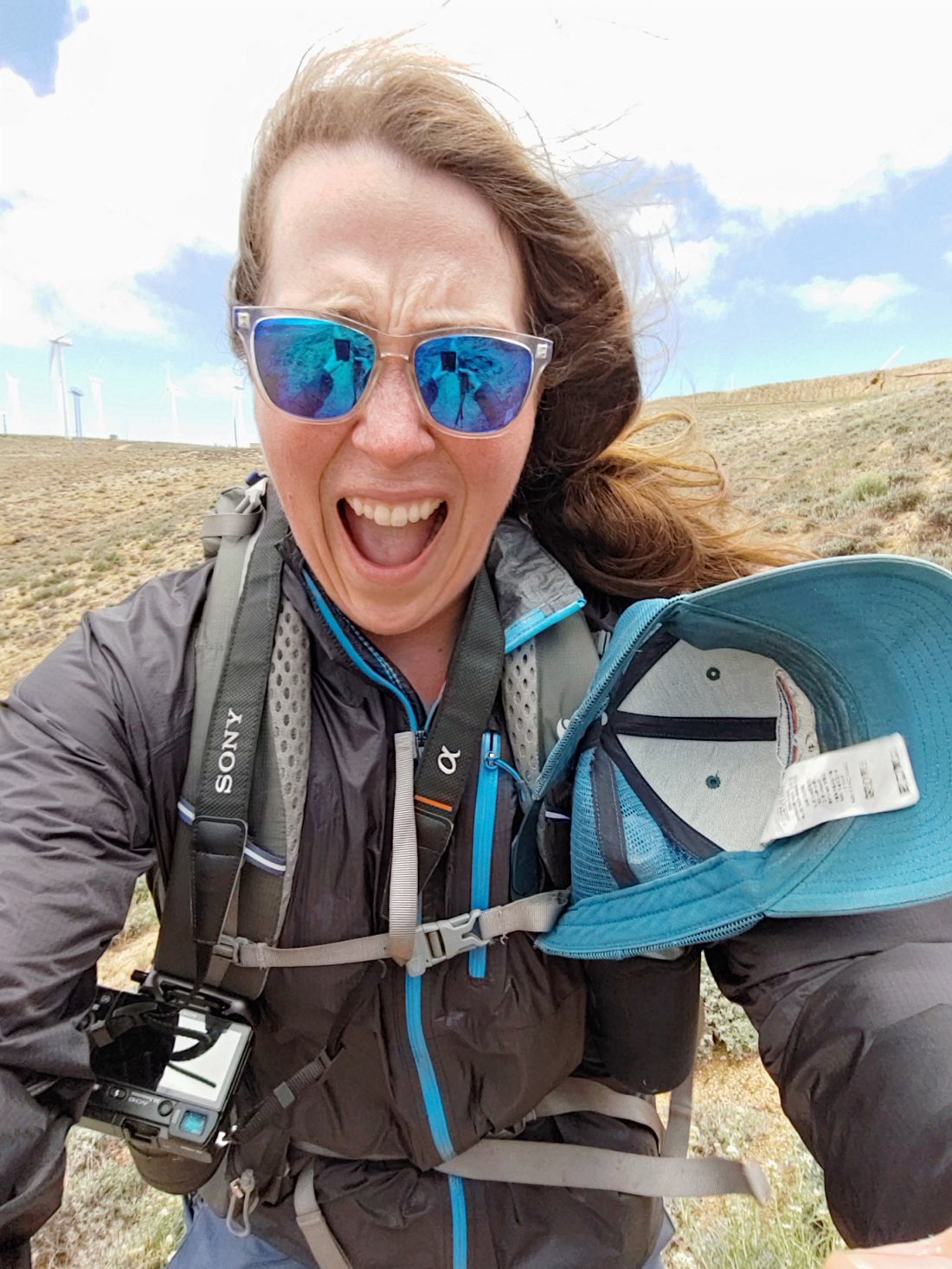 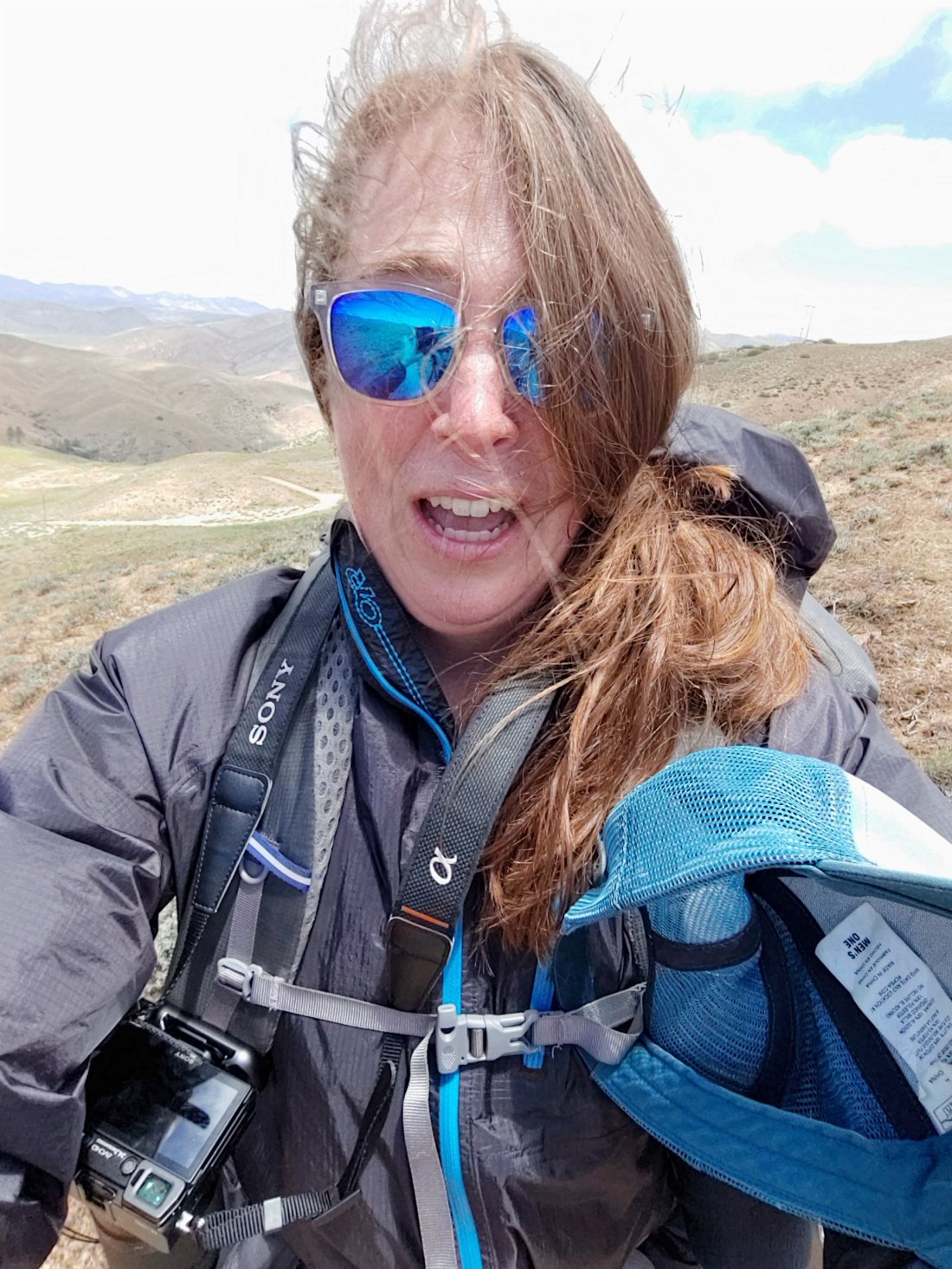 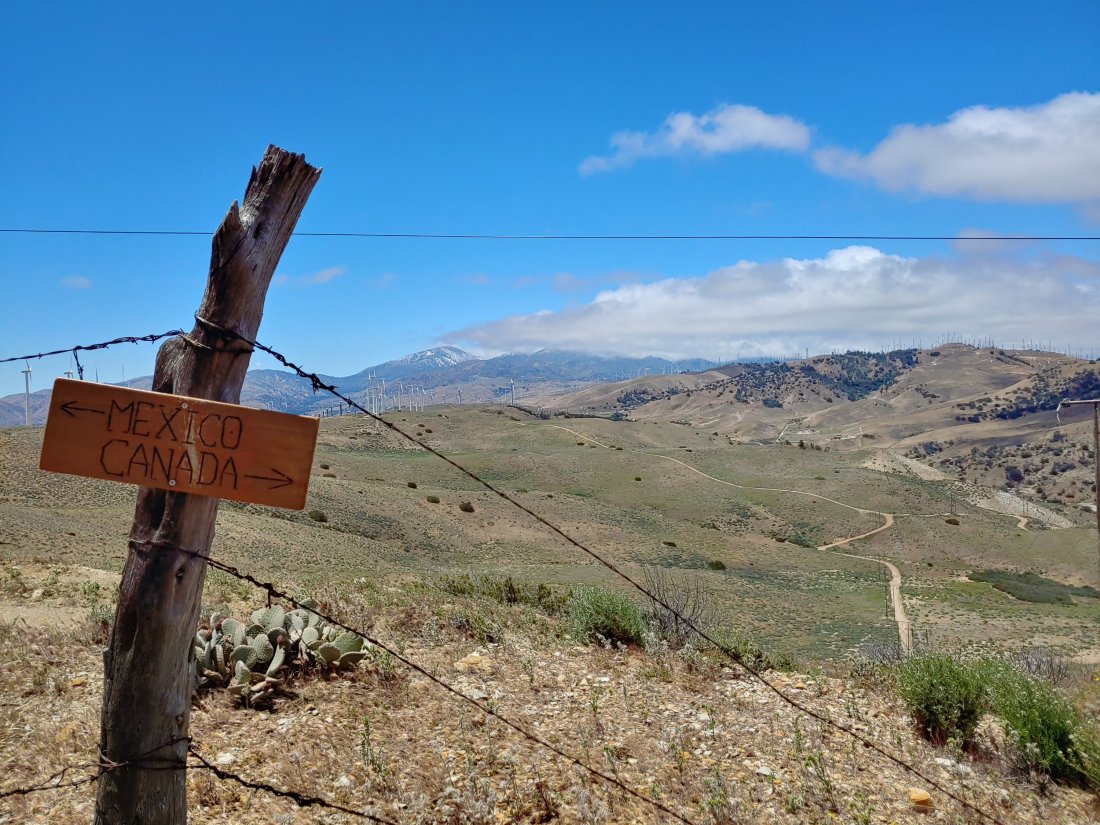 I banged out the 8 miles in 2hrs&35min and was SO friggin happy to have Yaara and Woodpecker cheering me on as I finished- they happened to hit the trailhead heading northbound just before me!! They were just getting into a car to drive to town as I was arriving, so we texted to arrange a lunch date.

Meanwhile, Matt and I headed to the road to get a hitch to town. It took a few passing cars before a lady pulled over for us. While we were packing up her car we saw Arc not too far away, and since the lady only had room for 2 (she also had her two sons in the car!!), Matt went ahead with her alone so Arc didn’t have to hitch by herself.
Arc and I ended up scoring a ride to town with two dudes just coming back from mountain biking- they were SO interested in what we were doing and asked a million questions! While on our way back I got a text from Matt- apparently the lady who drove him to town wanted to make sure that Arc and I got a ride, and if not she was going to come back for us! So nice!
We met up with Woodpecker, Yaara, and Raspberry at the local German bakery for lunch. It was so amazingly good to see them- not only had we not seen Woodpecker and Yaara since they left for LA, but they had some pretty rough days and nights in the mountains and we were worried about them!!
Last night was apparently the worst of it all: their clothes were soaked and they found little protection in their tents. Yaara’s tent collapsed on her so she just slept with it on her face, Woodpecker’s stakes kept getting blown out in the wind so she ended up throwing her stuff in Yaara’s collapsed tent and sleeping in Raspberry’s tent, and Raspberry’s tent pole broke and the tent itself ripped and is no longer usable! The wind was so strong that it legit blew so hard into the tent that it blew Raspberry onto Woodpecker! They decided to sit next to each other with their backs against the tent wall to block the wind, and both girls eventually fell asleep with their heads in their knees. Omg it sounded miserable! (And definitely validated my decisions NOT to hike into the mountains in such weather!!)
Happiness is: having everyone back together again!!
After lunch we headed back to the hotel, lounged around a bit (I took another nap!), then met up with EVERYONE for dinner around 7:30pm- same pizza place, different orders! I ended up only getting table tator tots (I only wanted a few!) but enjoyed bites of Big Momma’s and Arc’s food AND my leftover pizza back at the hotel room.

Post-pizza we headed back to our hotel to enjoy hot tub and beers- I actually stayed in the room to enjoy a rare moment of alone-time- it was lovely! 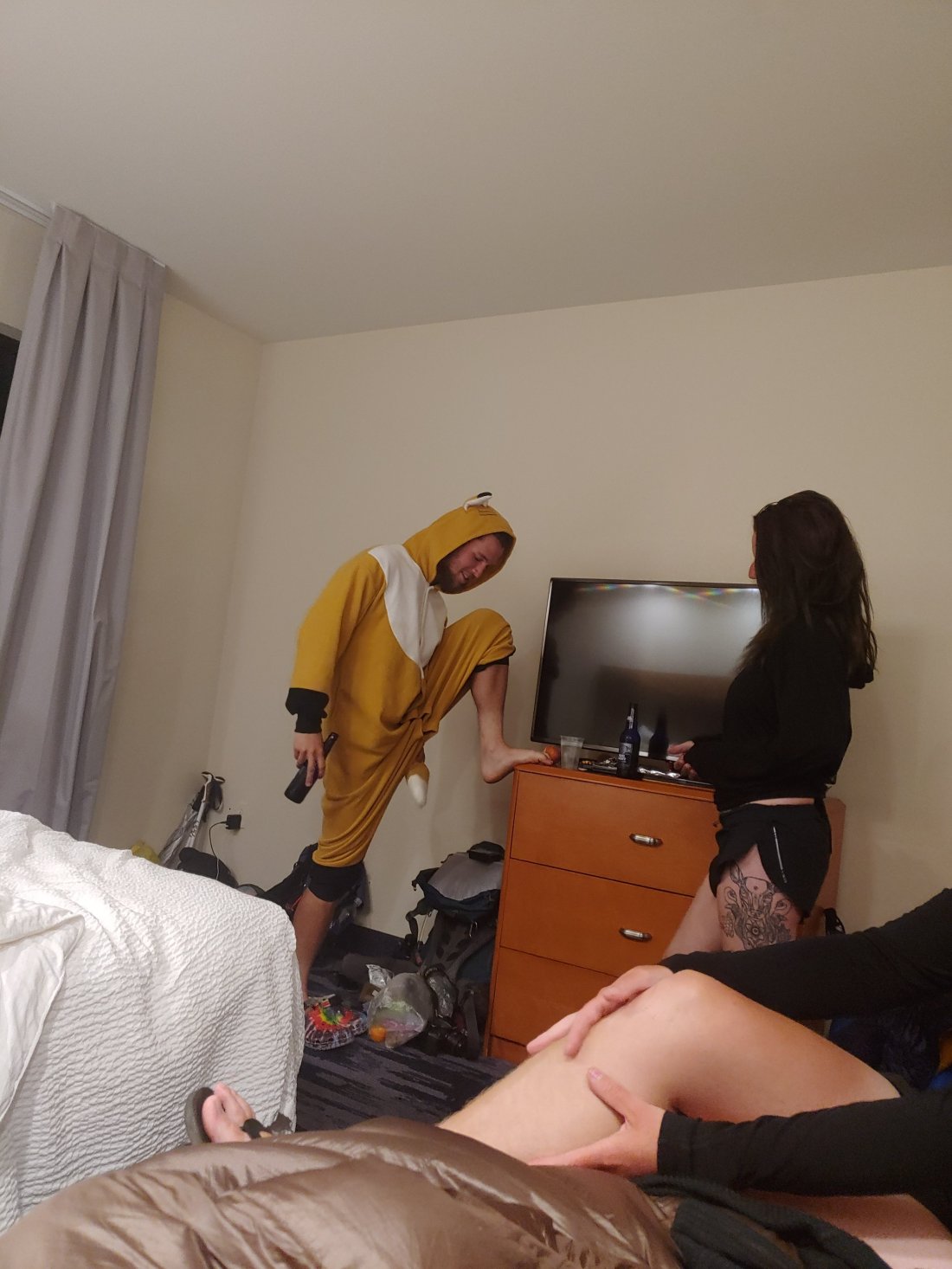