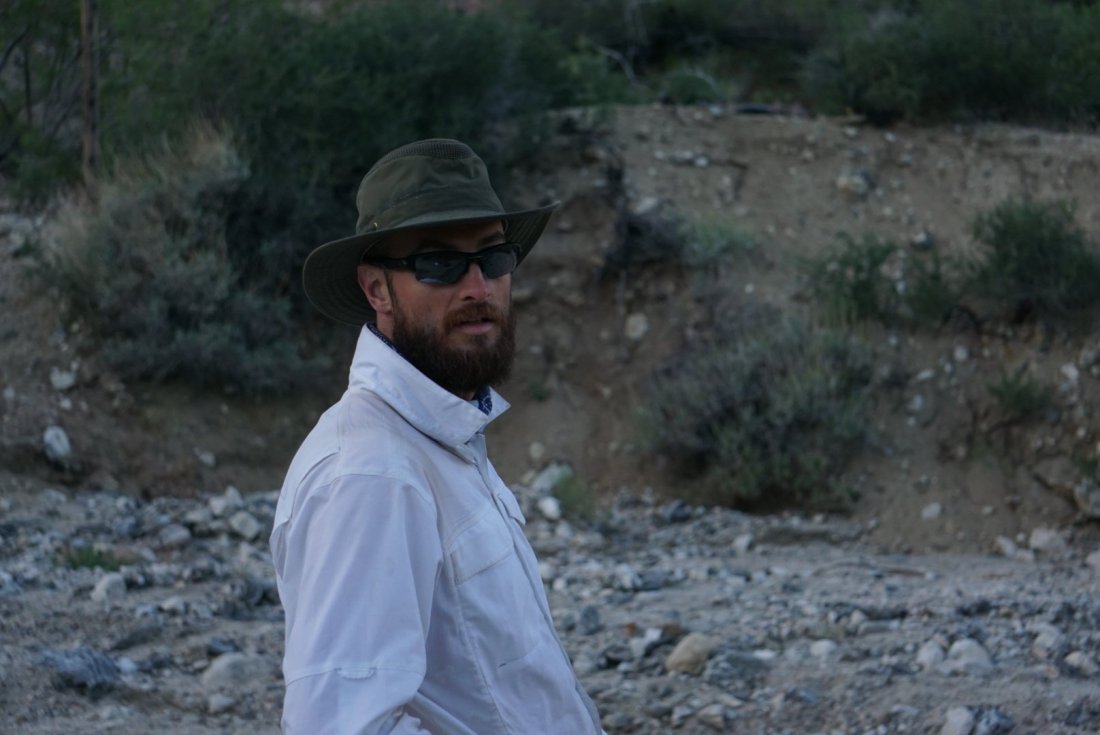 We started hiking around 0630 with wet shoes (resulting in a cranky matt!), and throughout the morning they only got wetter!! SO many creek crossings! And with the crazy amount of rain that we had this last winter, many parts of the trail were washed out- lots of navigation and patience was required to stay on trail! It seemed that as soon as we got in a groove, the trail came to an abrupt cliff and we had to find the least steep path down to the creek, cross the creek, and climb back up the other side. It took SO long to make miles- this was just as slow as our snow day!!

We ended up taking a lot of breaks, too. We stopped around 7 for water, then again around 10 for second breakfast & sunscreen. We also stopped a bit to admire a VERY angry rattlesnake who was still rattling from the guy who had passed shortly before we arrived. 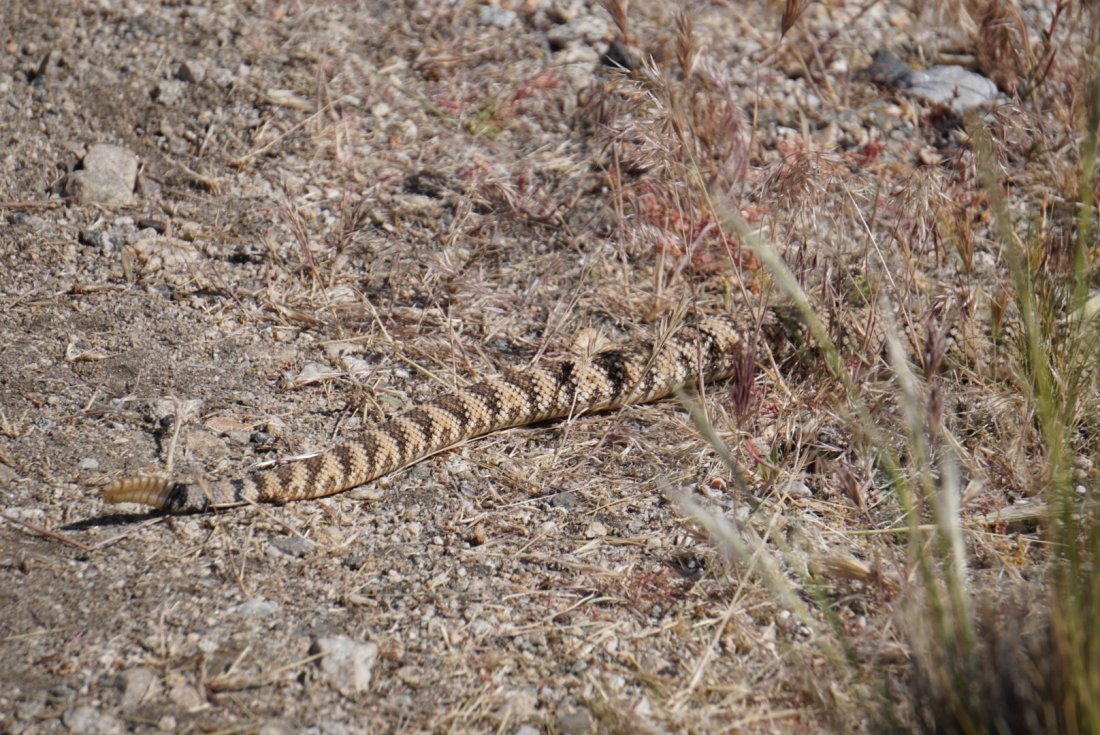 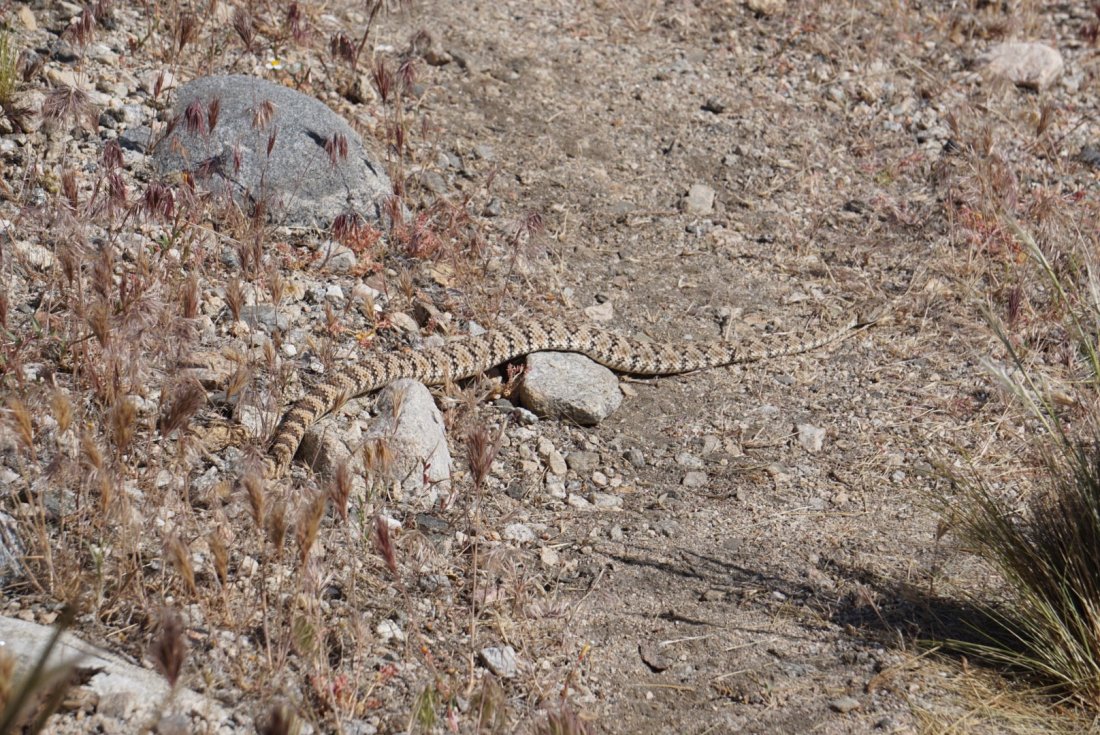 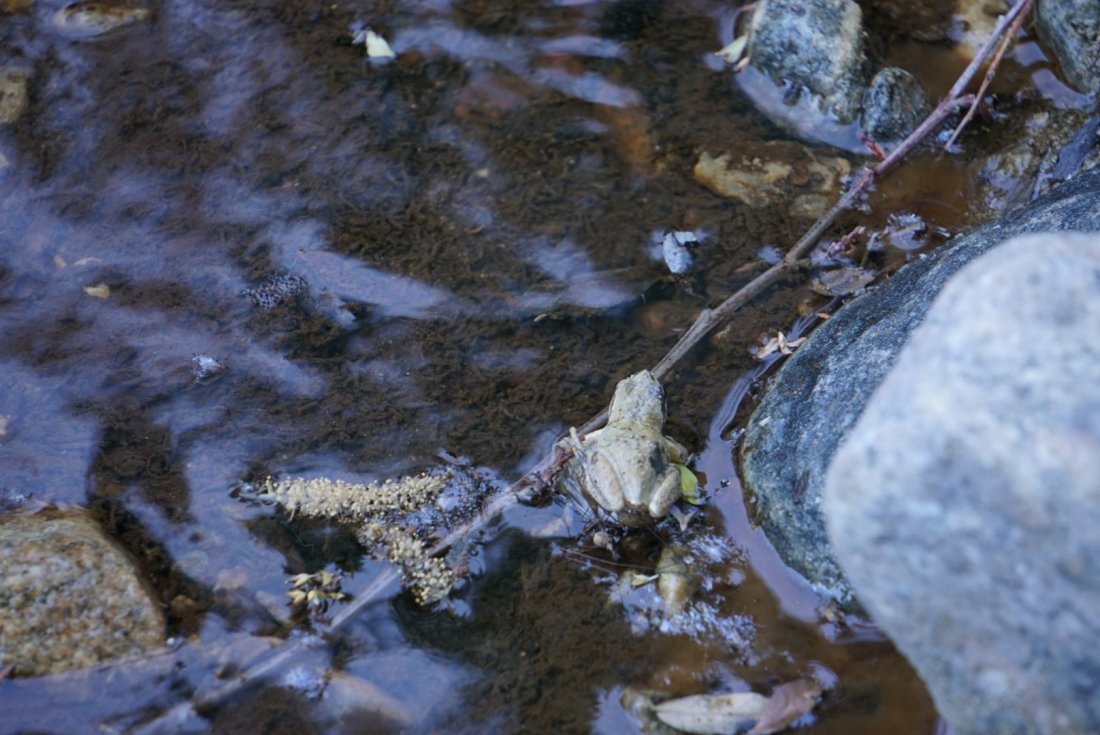 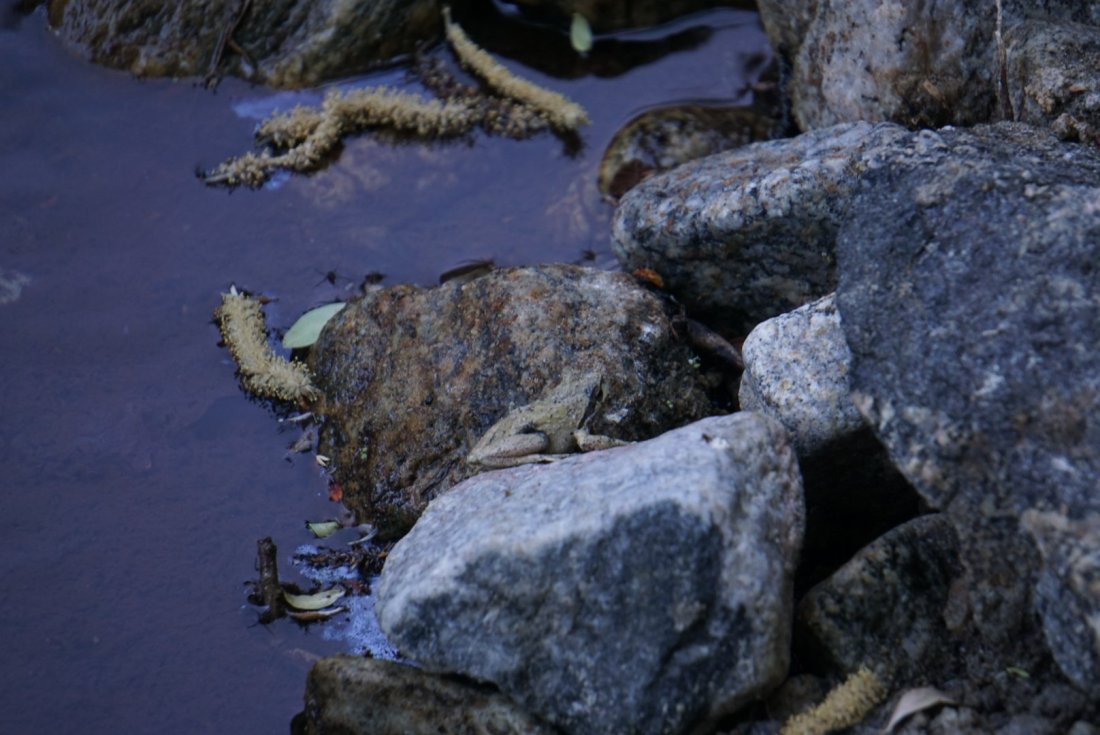 Around noon, at mile 235.5, we stopped for more water and to adjust our shoes. A bunch of new to us hikers joined us, and then Jeremy/Soundtrack passed- we thought he was miles ahead of us! He carried on while we slowly got ready to start back up again.

We started the next climb, which would bring us from 6155 feet to 8743 feet over the next 13 miles or so, with numerous climbs and descents in between. While my small snack method worked to not make me feel nauseated, I still felt slow-going at some parts. (Sidenote!! Matthew lost 10 lbs and all of the sudden became a speed demon!! Turns out my place hasn’t slowed- it’s still about 22-23 min miles, while he’s frickin sprinting through the desert! Still at a constant one speed for the entire day, tho! Makes me feel slow!) 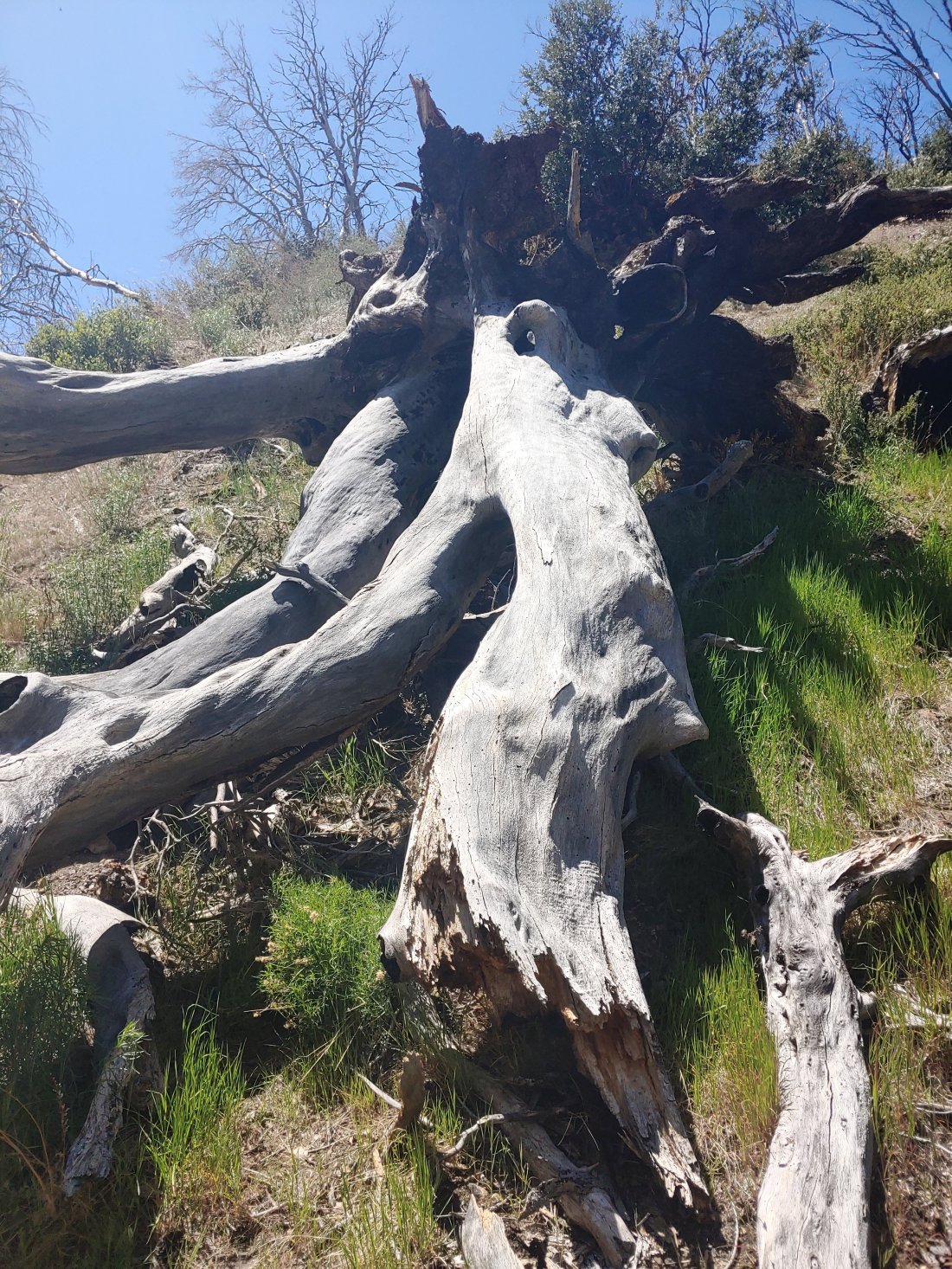 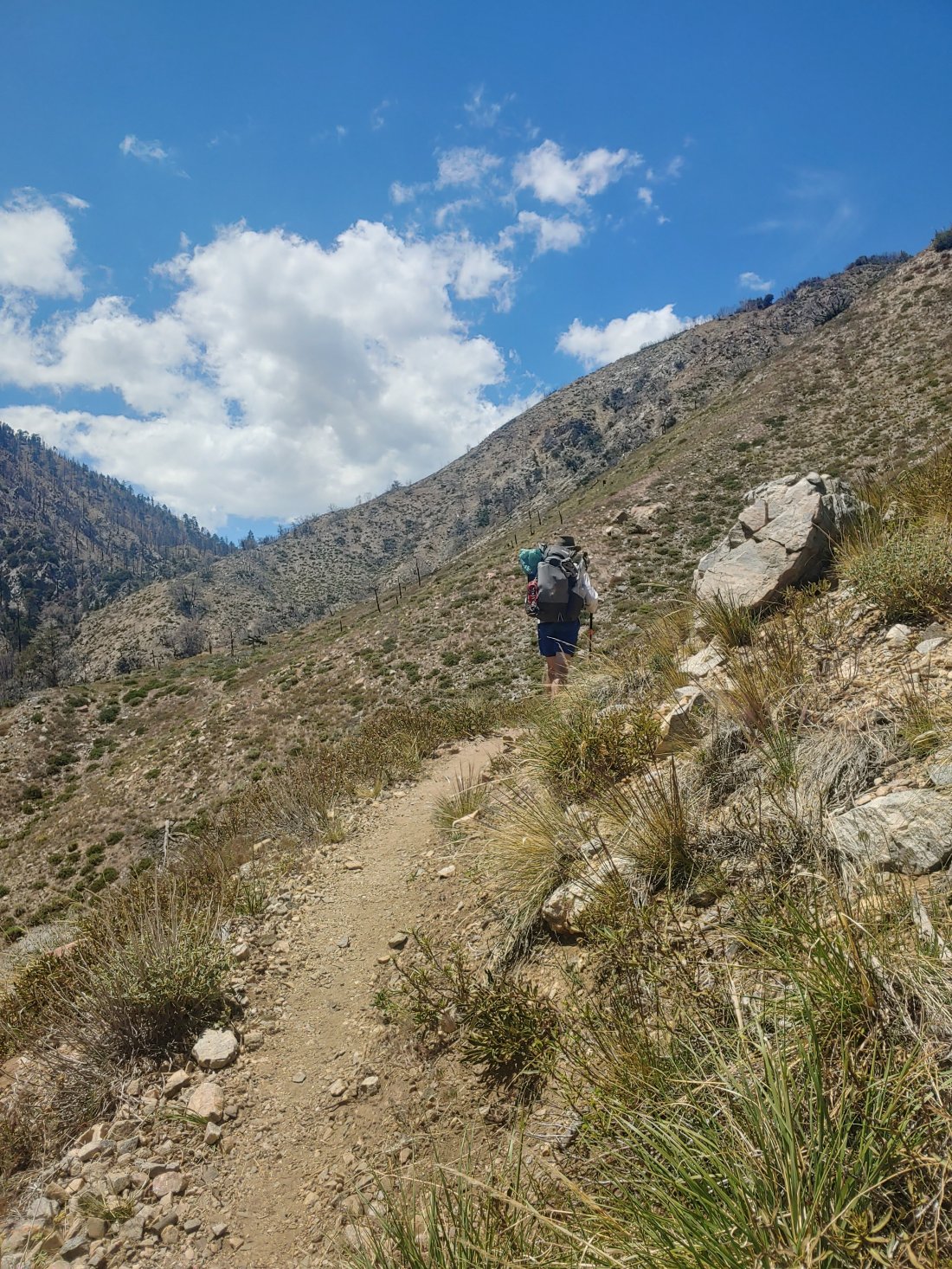 At one point I heard Matthew yell, “fuckin hell!” Now, only four things could stop him in his tracks and cause such an outburst: something broke, we forgot something, we were lost, OR, a huge tree was blocking the entire trail, forcing us to scale up the side of a steep slope of loose sand….it was the fourth option. Fuckin hell.

Around 2:30ish, right before mile 240, we heard someone call, “is that Matt and Ali?!!” – I quickened my step and was psyched when we found Kassie, She-wee, Tortilla, Columbia, Bear Chills, Woodpecker, AND Soundtrack all hanging out by a small creek! We happily joined them while we happily ate our lunch.

Matt and I had still planned to go another 8 miles when we set off around 3:30. Since we usually hike alone, it was nice to have company off and on over the next 6 miles. As we neared a campground at mile 246 and it grew cold and dark, we decided to call it quits with the rest of our pals. We all ate dinner at a long picnic table while we each kept running back to our tents to add more and more layers- it ended up being one of the coldest nights we have had! I was thankful that we brought our stove from Idyllwild, and for the first night on trail we had a warm dinner!! 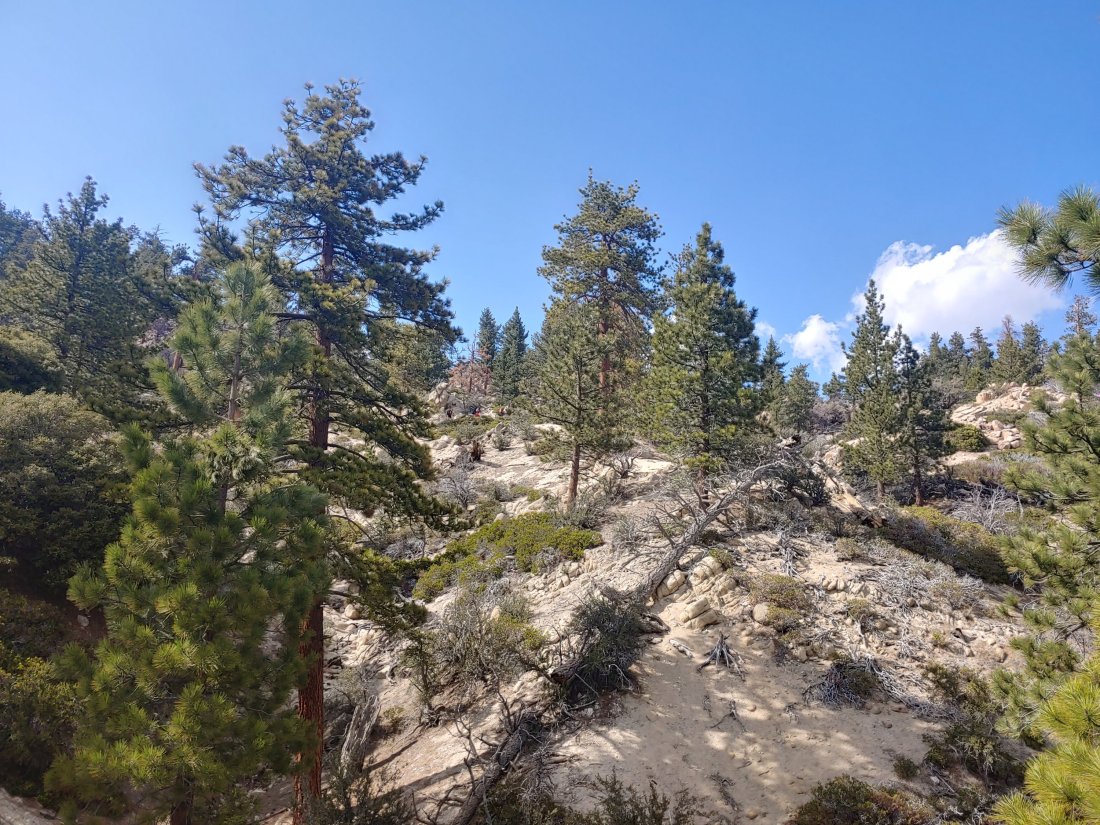 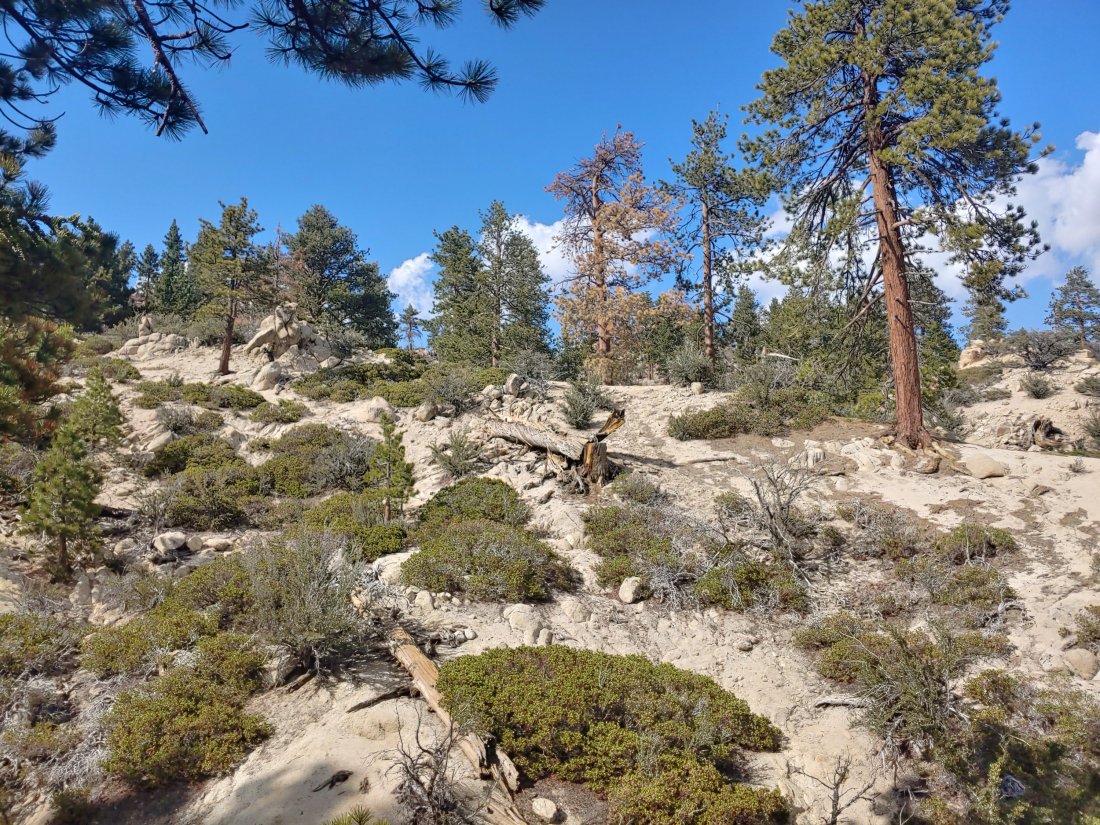 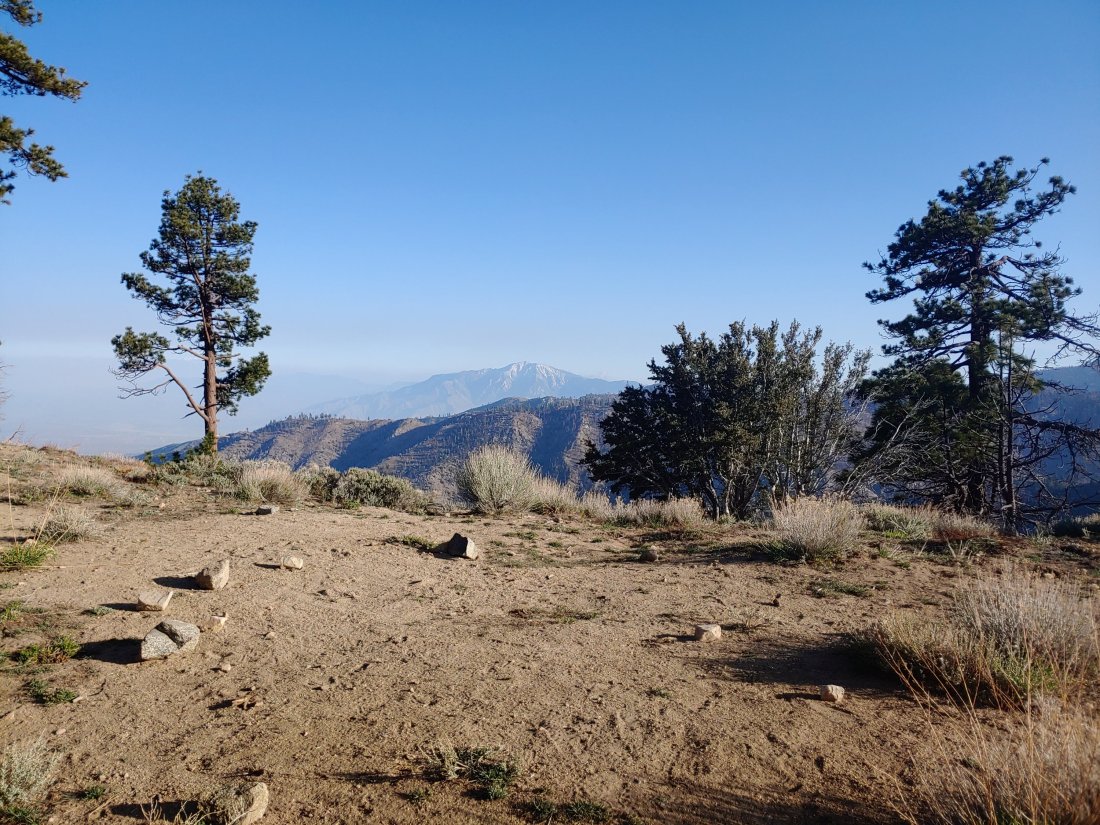 Happiness is: siestas with friends!!