Running total: 373.9 miles
With (most) all of us in beds and in a dark hotel room, we slept in late! It wasn’t until the only early riser, Speedberry, came back into the room saying, “oh, are you all still sleeping?” that we all woke up…
We headed over to the hotel breakfast, where we indulged in free breakfast buffet!! After seconds and thirds, and some of us pocketing some food to “pack out,” we started our long venture of packing our bags. The weather looked so much better, with only a small chance of rain! After 11am, the housekeeper came by to let us know that she was going to clean our room last, so we didn’t need to rush too much to get ready.
It was closer to 12 by the time we all left, and while Matthew and I stopped by Subway to pack out lunch, the rest carried on to McDonald’s for an ice cream cone before hitting the trail. Matt and I were on the trail by 1230, where we started our long day of ascent. We had been spoiled the past few days with easy terrain, never having more than 1000 feet of elevation gain- today was gonna be a rude awakening! From under 3000ft to over 8400 feet!

The sky was so dramatic with storm clouds threatening us, but only a few thunder claps and storms noted in the distance. It was gorgeous!

Big Mama ended up falling behind the first group when she stopped to make a phonecall, but she ended up catching up with Matt and I while we were admiring a rattler. 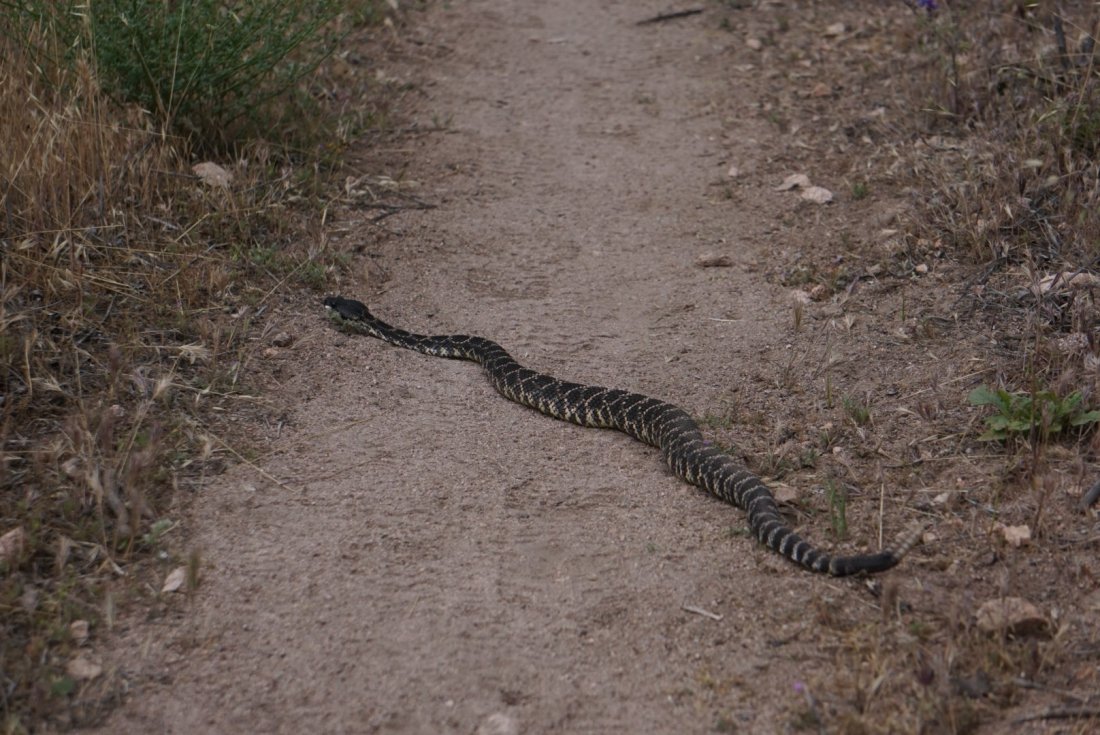 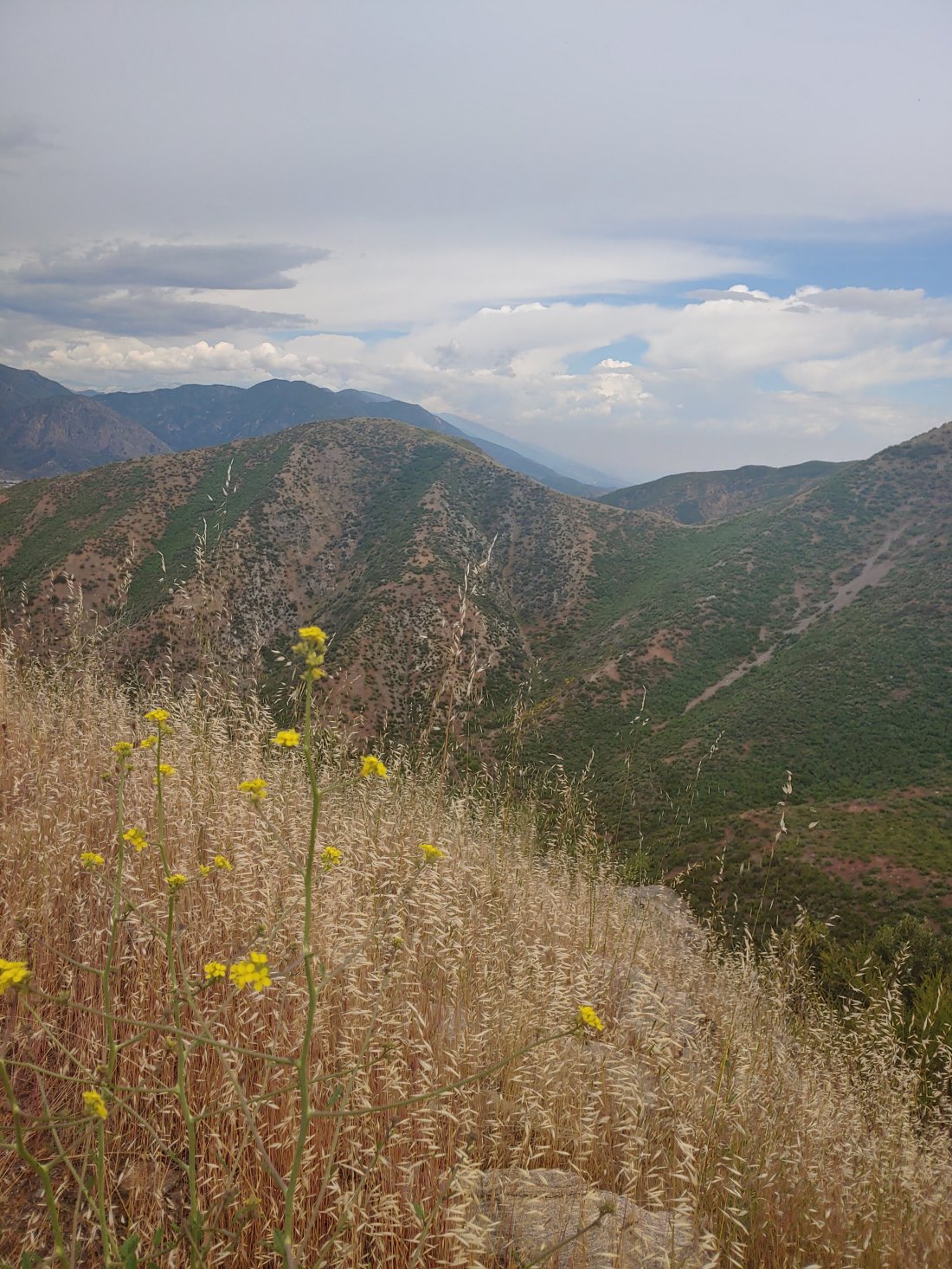 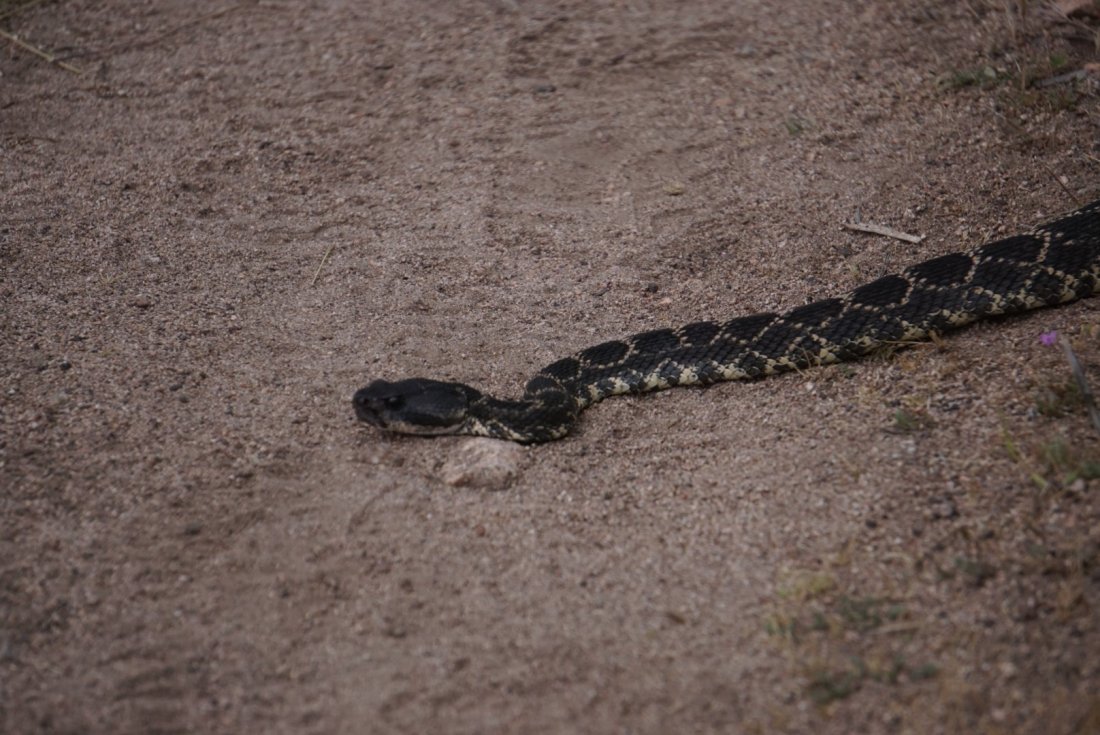 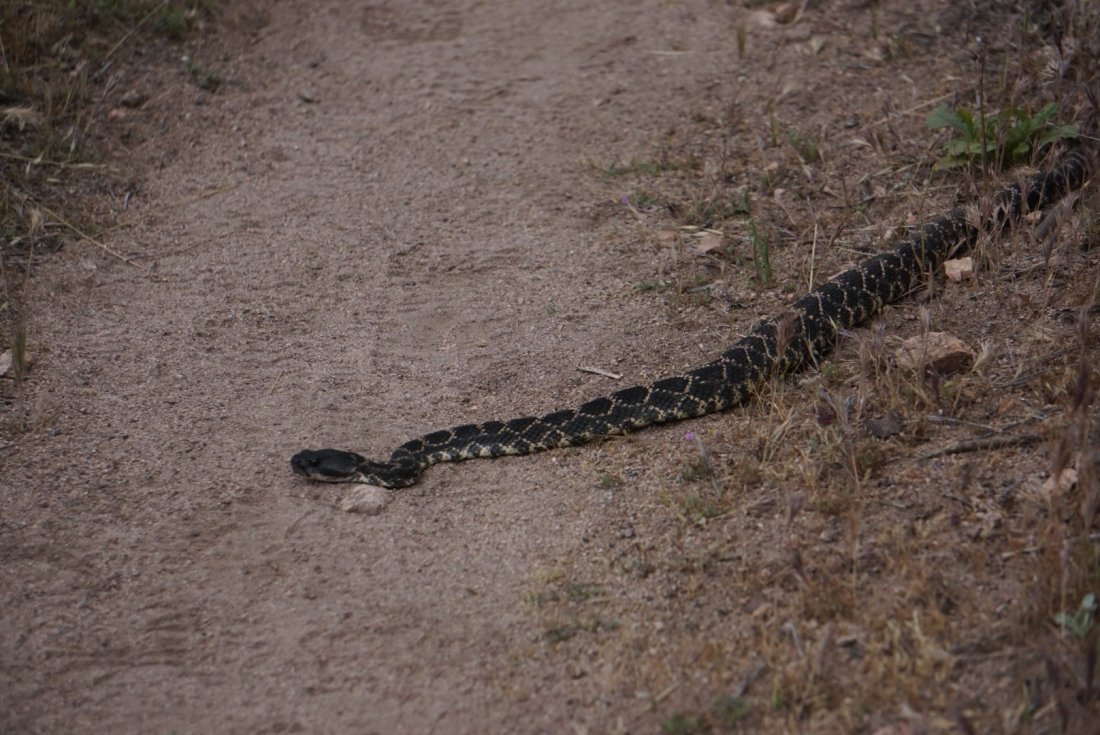 I got a message that woodpecker lost her hat- we ended up finding it at a water cache a few miles into the hike! 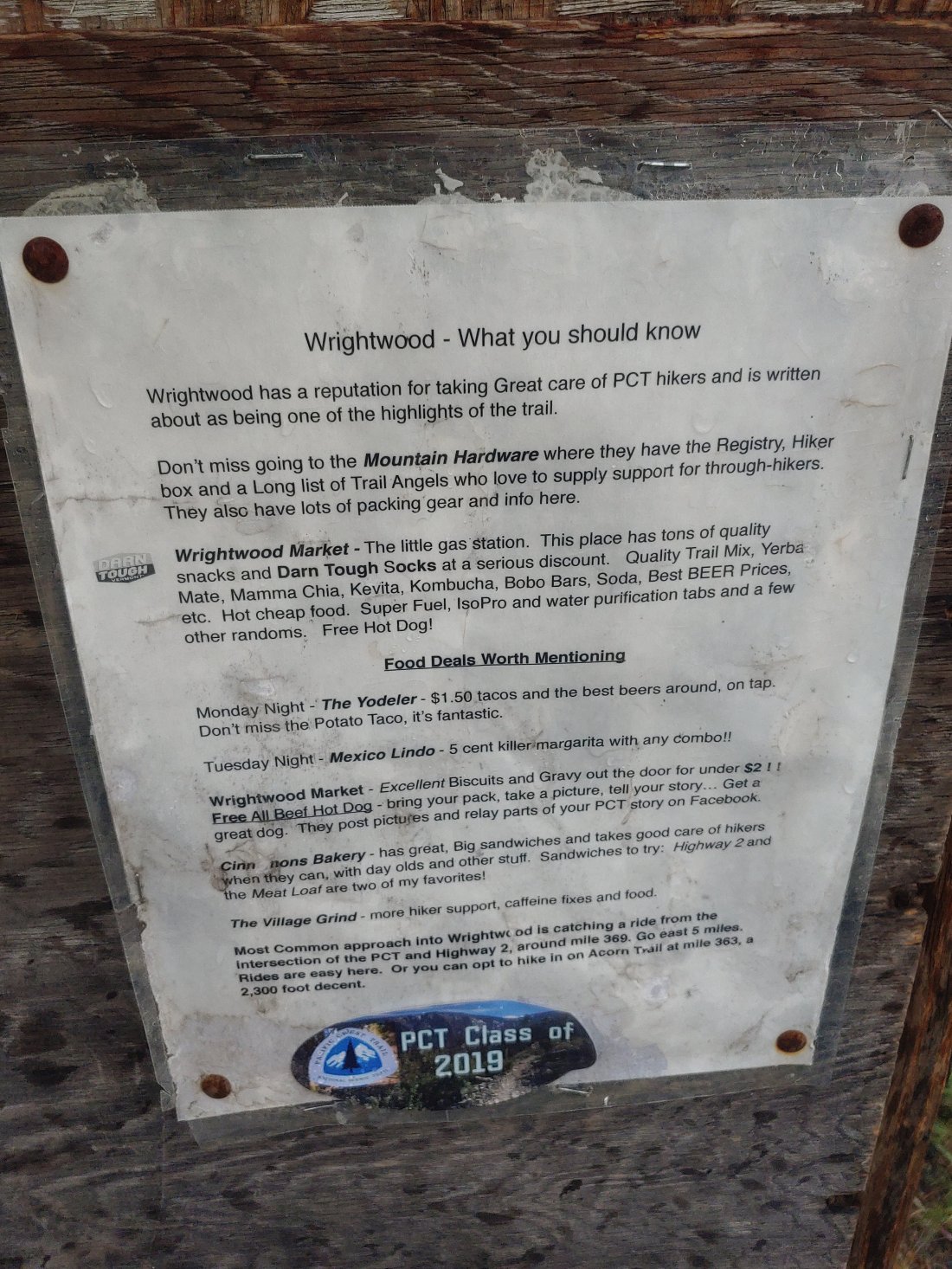 Just before hitting the 350 mark we found Woodpecker, Arc, She-Wee and Tortilla eating lunch, so we joined them for a quick bite ourselves.

She-Wee’s quick pace put him far ahead of us, while the rest of us stayed somewhat close together for the remainder of the afternoon. 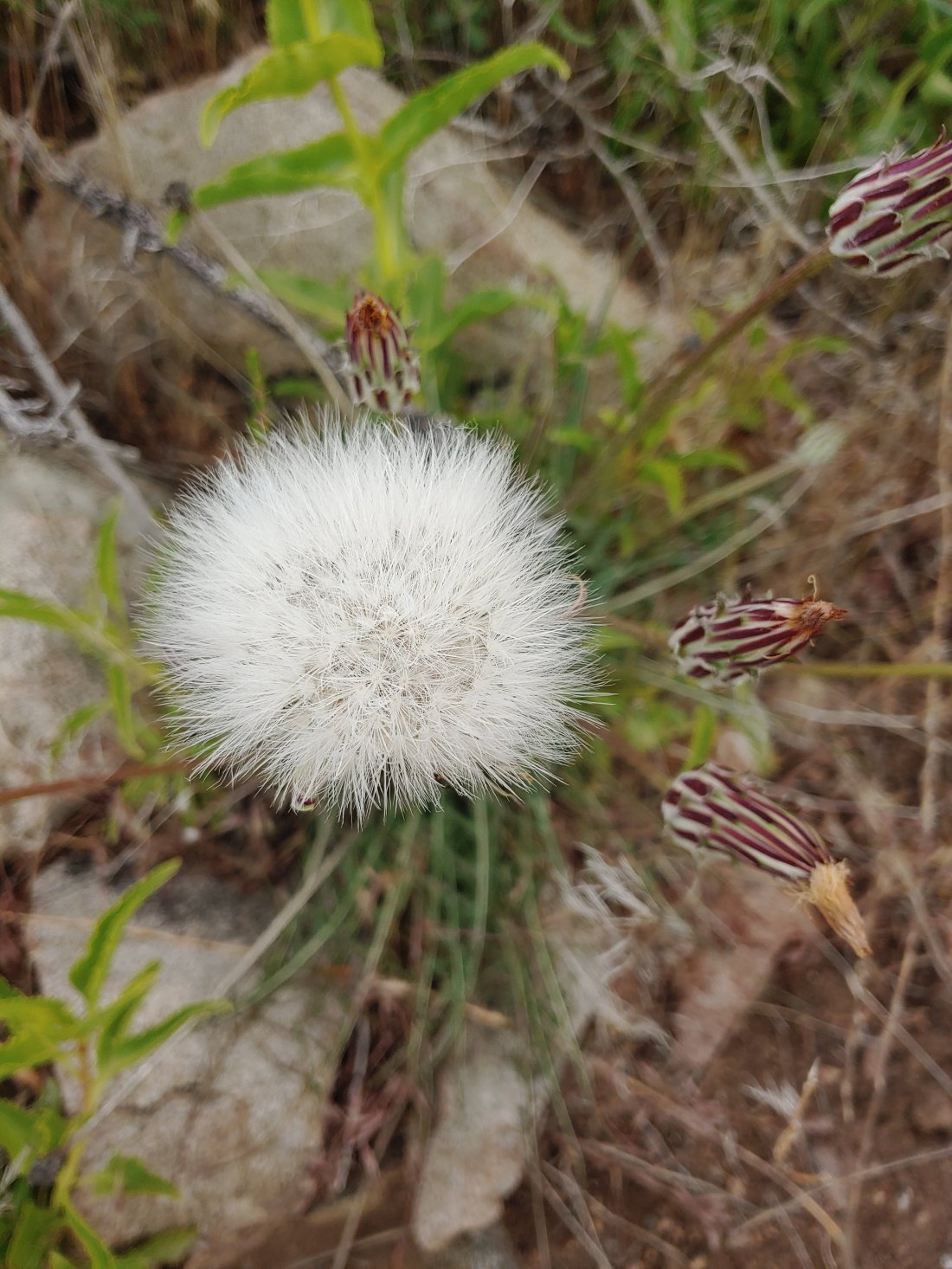 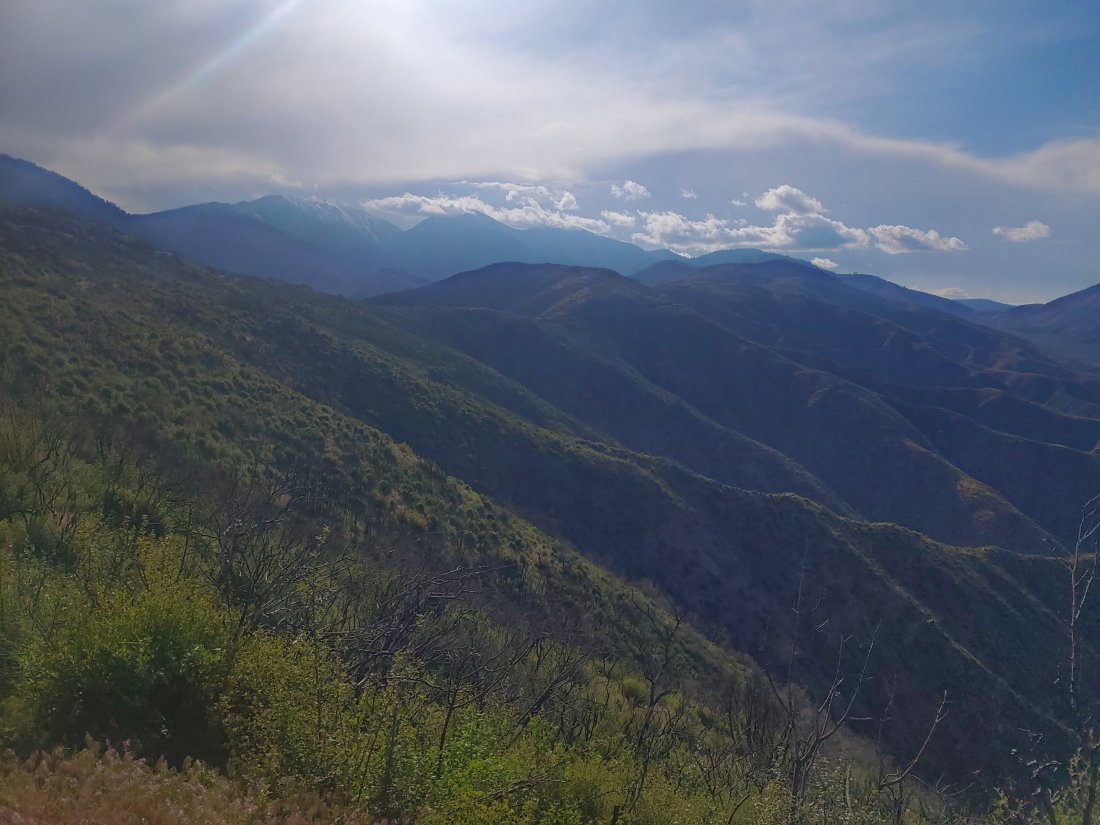 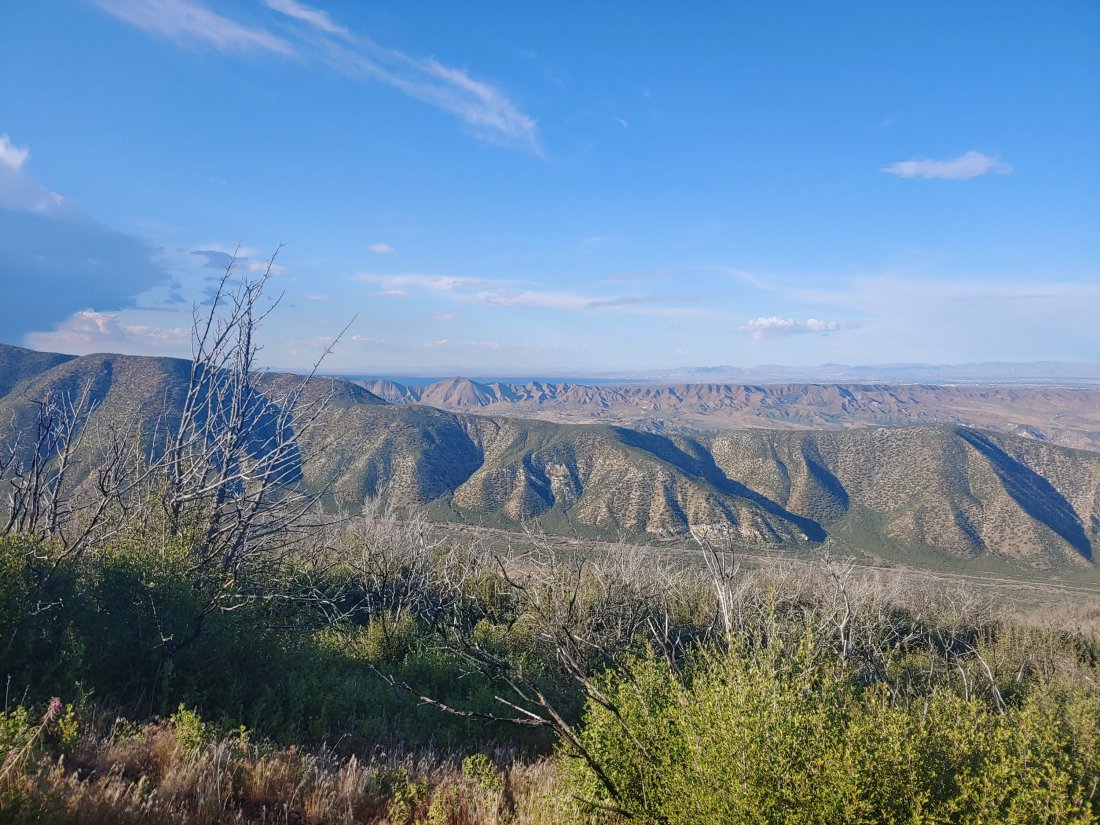 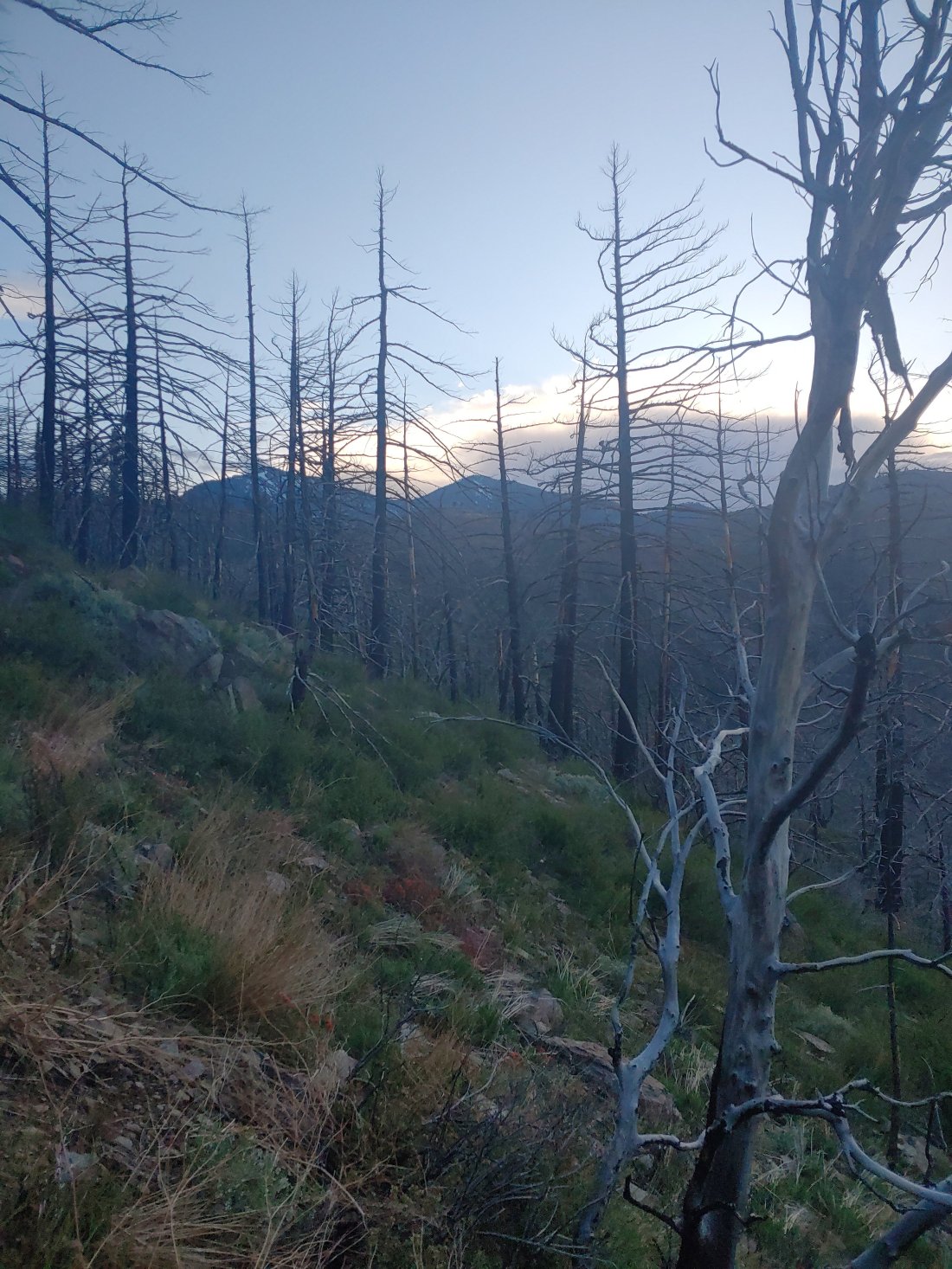 Our plan was to hike about 15 miles that day, so when we reached the first set of camping sites close to that 15 mile mark, we started searching for sites. She-Wee was nowhere to be found, and he had traded phones with Woodpecker for the afternoon so it was a little tricky trying to get in touch with him. Thankfully he turned Woodpecker’s phone off of airplane mode and we were able to contact him- he ended up camping about 1/2 mile ahead from where we were, but he said there were limited sites due to a few truck loads of local guys camped up there for the night. We decided to stay where we were, sitting at 6300 feet, so we all set up our tents and ate our dinners inside, except for Yaara who ended up cowboy camping again- what a brave gal!

Tomorrow we still had another 2000 feet to go to the highest elevation of this climb, but this included a net gain of 3000 feet…