Once we made it to Portland we had a decision to make: go back up to finish Washington or head down to tackle the Sierra- both sections need to be done by the first week of October & time is ticking…
I have been wanting to finish SOMETHING on this trail!! Of the five distinct sections of the PCT, we have left unfinished business in all 3 of the sections that we have started! We have 86 miles left in the desert, 27 miles left in Oregon, and 180 left in Washington….we have been at this for so long, it’s disheartening that I can’t check anything off!
My head said to finish Washington- if we flipped right away we could bang it out in ten days, then shoot down & finish the Sierra before Oct. 1. This would allow us time to finish the desert AND Oregon before the fall weather rolled in, leaving only NorCal left to do in the future.
BUT, we would be doing it alone. Clearly Matt & I have no problem spending every single day and night together for an extended period of time, BUT, when we think back to our time in the desert vs. the time we have spent in Washington & Oregon, we have experienced two drastically different spectrums of the PCT. The desert was fun and exciting and full of laughs and camaraderie, while the PNW has been quiet and lonely. We miss our old trail family and our hearts were screaming at us to go find them…
So, we decided to journey from Portland to South Lake Tahoe. We had a few days until the fam would get there, so we could take our time. As of now our plan is to finish the Sierra and the desert and then see what the weather looks like in Washington- neither Matt nor I want to spend our last 10 days on-trail {or any days on-trail for that matter…} in freezing rain, so we will have to play that by ear.
For now, we are both content with this decision- sacrificing miles for smiles seems like a no-brainer!
“The finish line is for the ego, the journey is for the soul.” -Pattie Gonia
August 24
Leaving my aunt’s house was hard! We had all of the basic necessities, including Netflix & flush toilets, and my aunt was so generous with her time and space- thank you, Z! 😉

My aunt dropped us off at the Portland Airport so we could pick up a rental car for our grand adventure.
Matt & I drove around Portland for a bit, indulging in brunch at Fried Egg I’m In Love, tea @ Tov*, and beer @ Cascade Brewing. We stopped at the Mountain Store to pick up a new hip belt for Matt (his was too big!!) before heading south.
*How cool is this coffee shop?? New life goal: buy and convert a double decker bus! My current dream home… 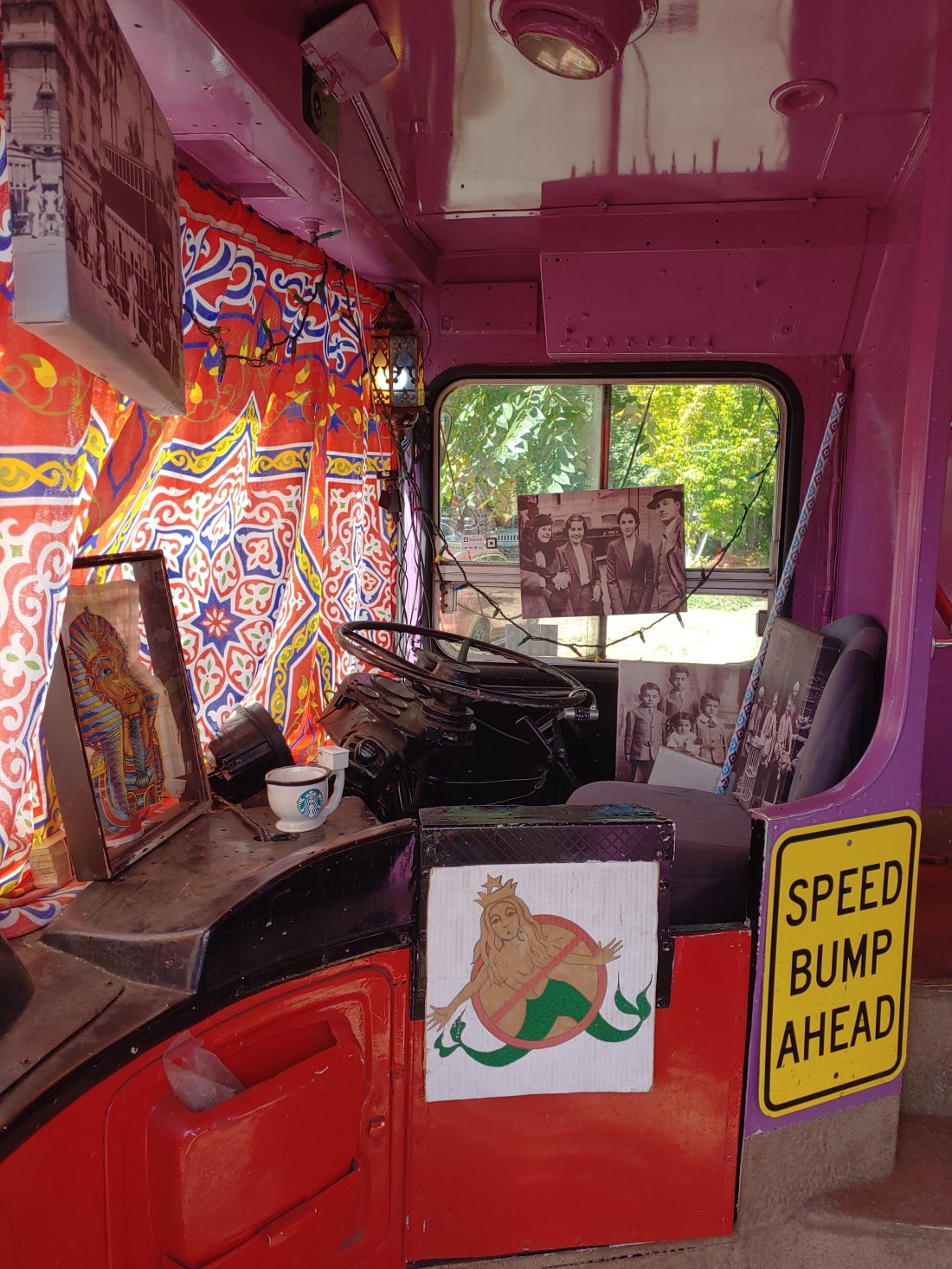 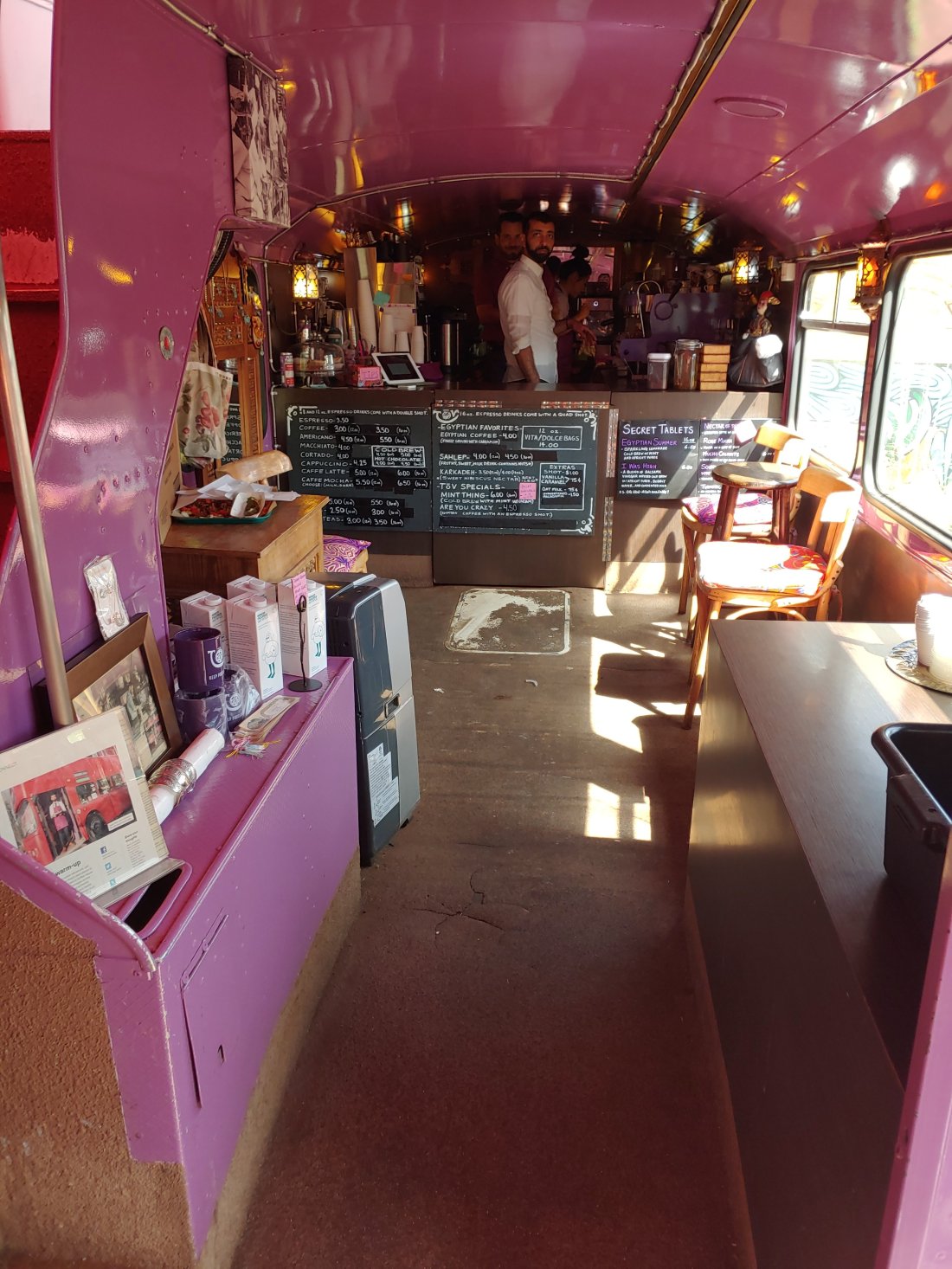 August 25
We took advantage of our free hotel breakfast, then threw a load of laundry in the wash while we drove around town looking for a bakery that was open on Sundays! We finally found one store that sold vegan, gluten free doughnuts (we shared a lemon doughnut- it was really good!!) and then found a coffee shop for tea & a cookie.
After collecting our laundry we hit the road, southbound to Reno. We ate a delicious Japanese Fusion dinner before heading to the Grand Sierra Resort for some zzz’s. 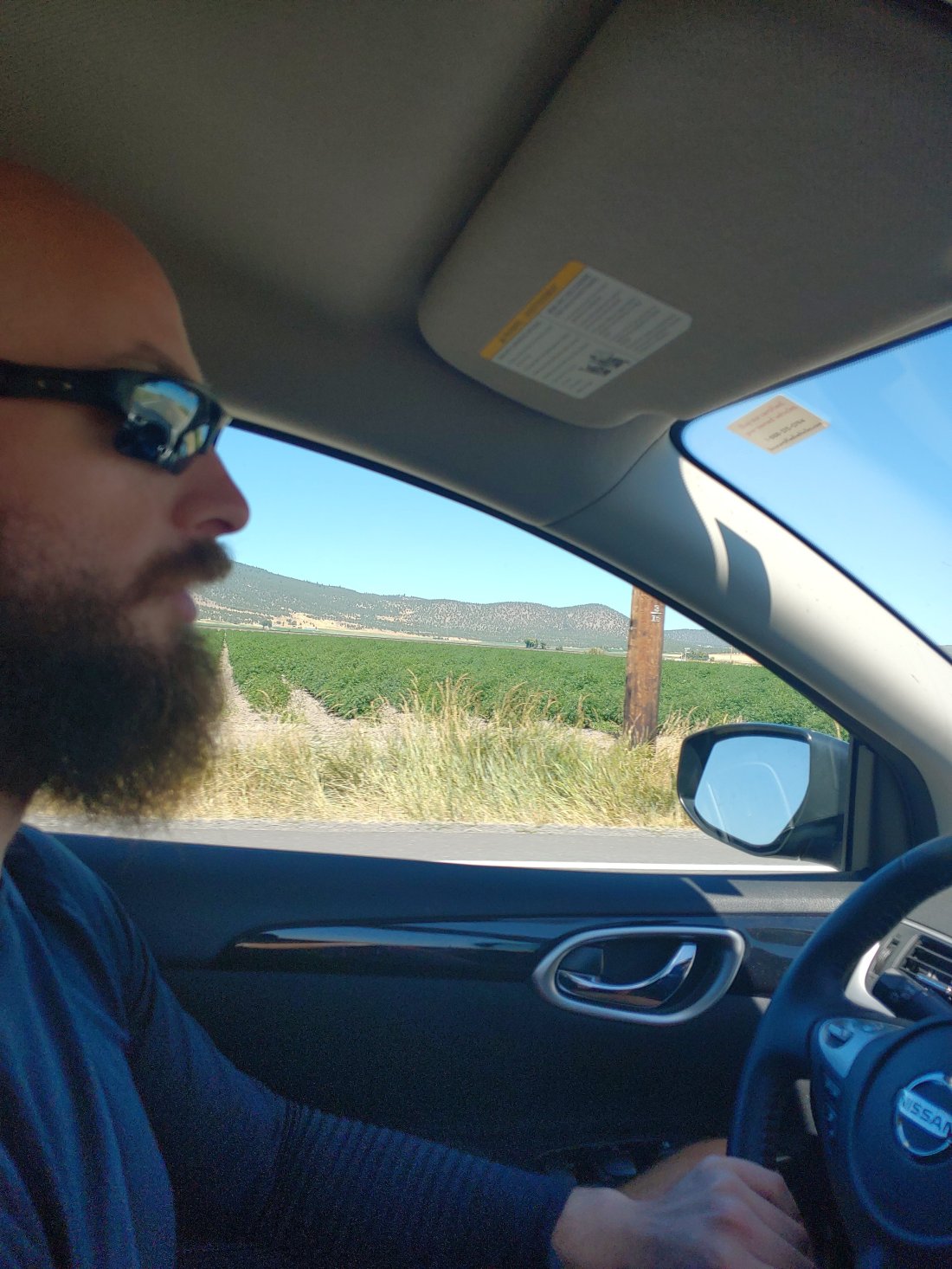 August 26
Off-trail miles: 4 miles
We enjoyed a tasty brunch at Homegrown Gastropub in Reno before heading to the airport to return our car. From there we took a bus to South Lake Tahoe, where we walked over a mile to our hotel, then walked to the grocery store to resupply. 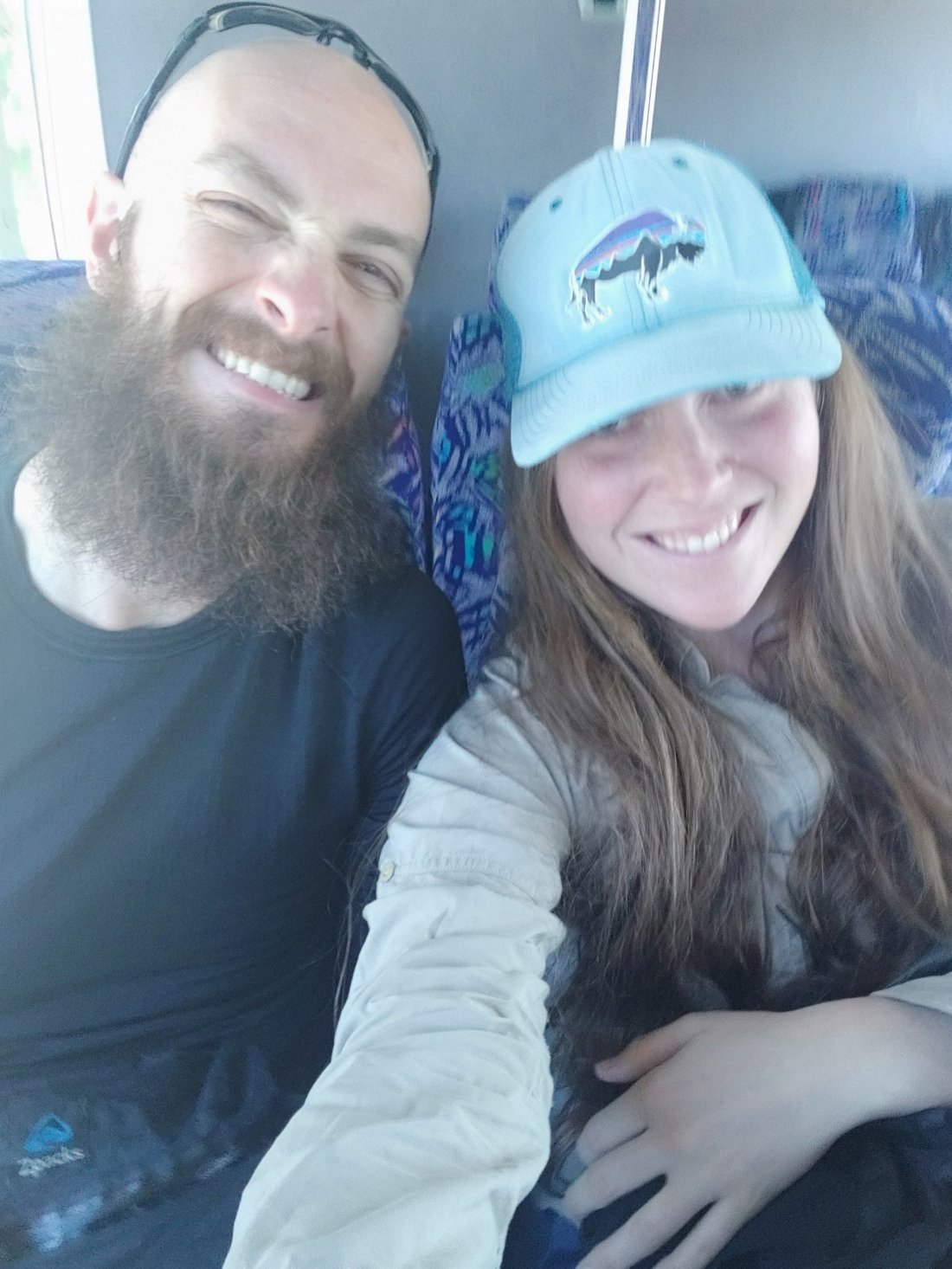 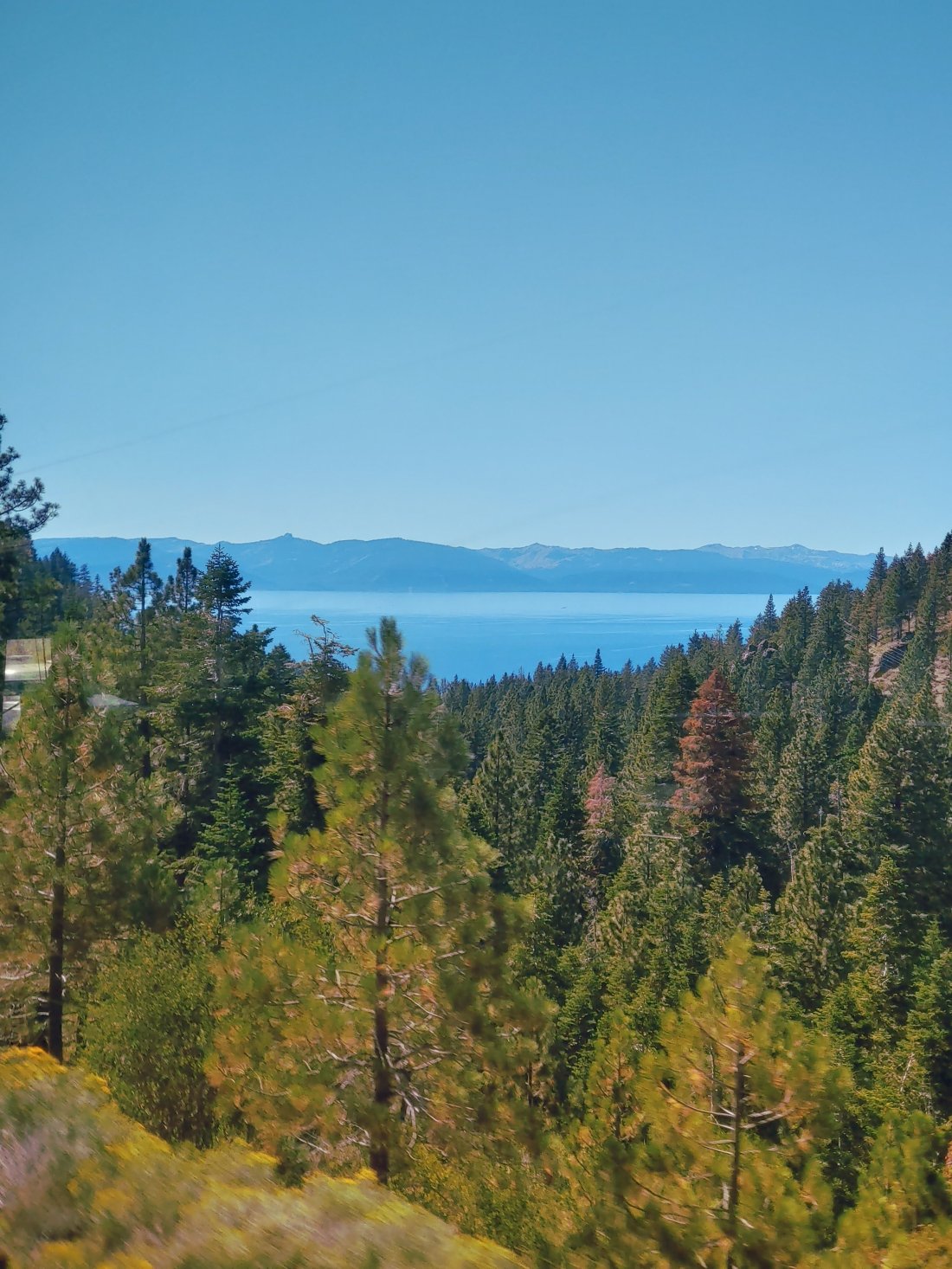 I have been craving pasta recently, so we decided to hit up an Italian restaurant for dinner. I think pasta is my new rice and bean burrito- if you followed along on my early food misadventures on the PCT, throughout the desert all I ever wanted was a plain rice and bean burrito but the restaurants never seemed to be able to get it right. Now I just want plain pasta with butter, but apparently chefs think it’s cute to be all gourmet and add garlic and cheese and shit. Boo!! I’ll keep trying…

Despite the added creamy sauce and cheese my dinner was pretty good. We walked back to the hotel with full stomachs and settled in for bed. I was so excited that we booked the hotel room for two nights so we didn’t have to pack up in the morning…
August 27
Off-trail miles: 2 miles
As I said, I was SO excited that we could sleep in today- no plans, no checkout times, etc.- but Matt apparently had different plans. Why he had an alarm set for 0730 I’ll never understand…I was LIVID! Ughhhhhhh
We had breakfast at a Greek restaurant on the lake then returned to the hotel to catch up on our blogs and posts. We eventually borrowed the hotel bikes to hit up the post office and a local brewery. I ended up beating Matt at Scrabble, which was a feat nobody saw coming. 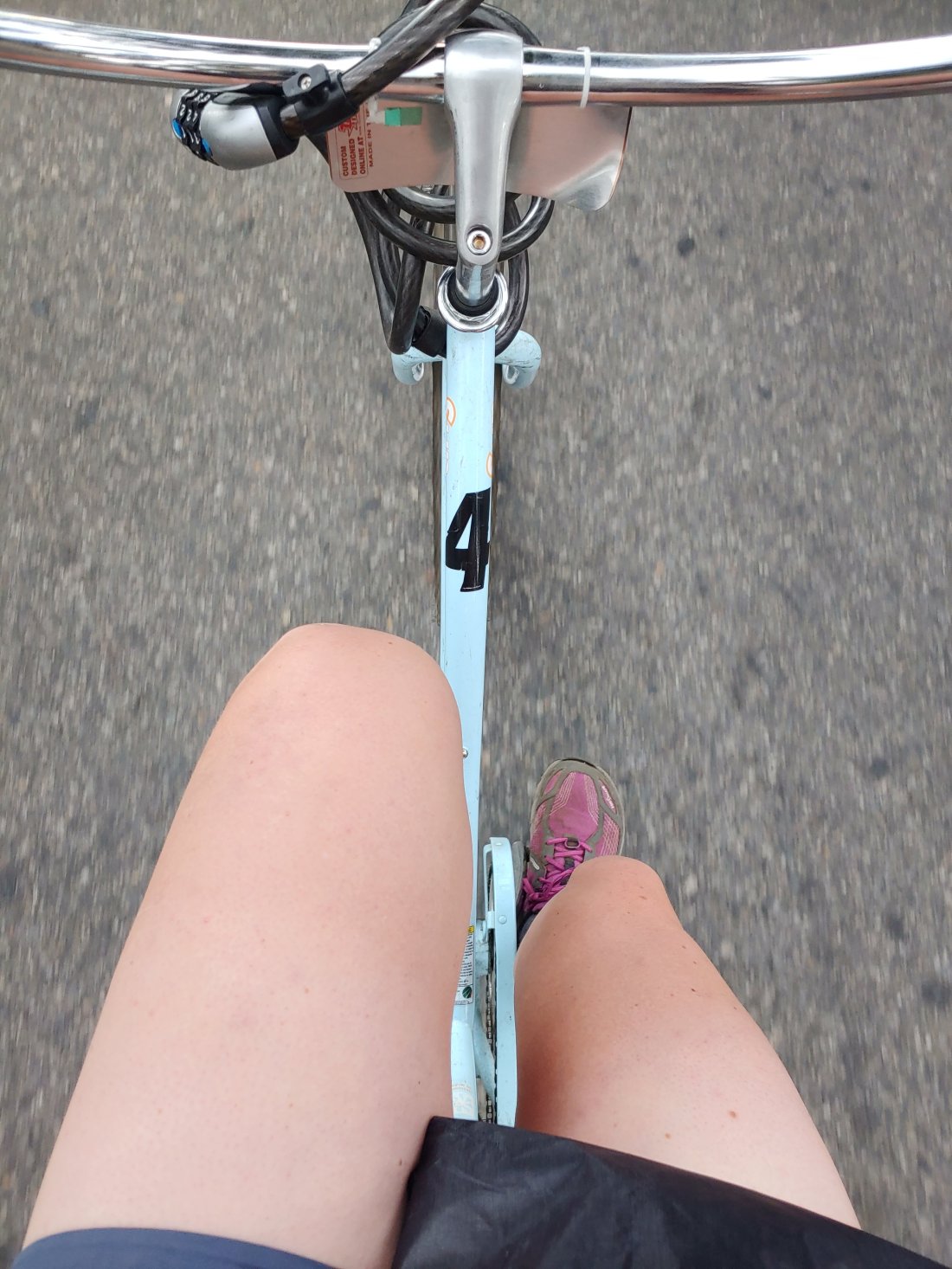 We returned our bikes to the hotel and took a bus downtown for dinner at The Loft, a tapas style lounge. We then speed-walked the mile back towards our hotel to hit up the gelato place before it closed.

In case anybody was wondering, I tried to buckle my pack the other day and it was too tight- I had to loosen the hip belt……dammmnittt
Depending on when our bear cans arrive, we will either hit the trail tomorrow with Big Momma & Raspberry or Thursday with Arc, Woodpecker, and Silver