SO, we traded in our sunscreen for bug spray as we escaped the dry, dusty desert and restarted our journey in wet, buggy Washington! (J/k mom, we still have the sunscreen, too- just in case!)

When we decided to flip up to Washington, we chose to start at Snoqualmie Pass for two reasons: it’s close proximity to Seattle and ’cause Washington local Big Momma suggested it:)!! BUT, in researching ways for getting to the trailhead I couldn’t find any solid options: we could take a bus part of the way and get a hitch the rest of the way if we are lucky (we aren’t…) We could Uber for over $100+ tip (thanks but no thanks!) Or we could ask Big Momma’s parents to drive 3 hours total to get us from Seattle to the trailhead- we could never ask ’cause they would probably say yes and that’s just ridiculous. Coming up empty, I reached out to the 2019 PCT SoBo group on Facebook to see if anybody had options we hadn’t thought of. One ass responded, “do your own research,” to which I replied with the shitty options my research concluded and wished him a great day. Another man, Forrest, told me to send him a message- he would be happy to drive us!!

Forrest originally offered to drive us Saturday, but when we had to extend our stay in San Diego he was super flexible and happily agreed to drive us Wednesday instead- phew!

Wednesday AM we packed our bags, Ubered over to REI to pick up fuel and a new water filter (we accidentally checked one of ours, and we never know how cold the temps get in-flight so we decided to play it safe!), and met Forrest at REI at 1030.

Forrest was a super nice guy, and we enjoyed chatting with him on the one-hour drive from Seattle to the trailhead, and then for over an hour at the trailhead!! 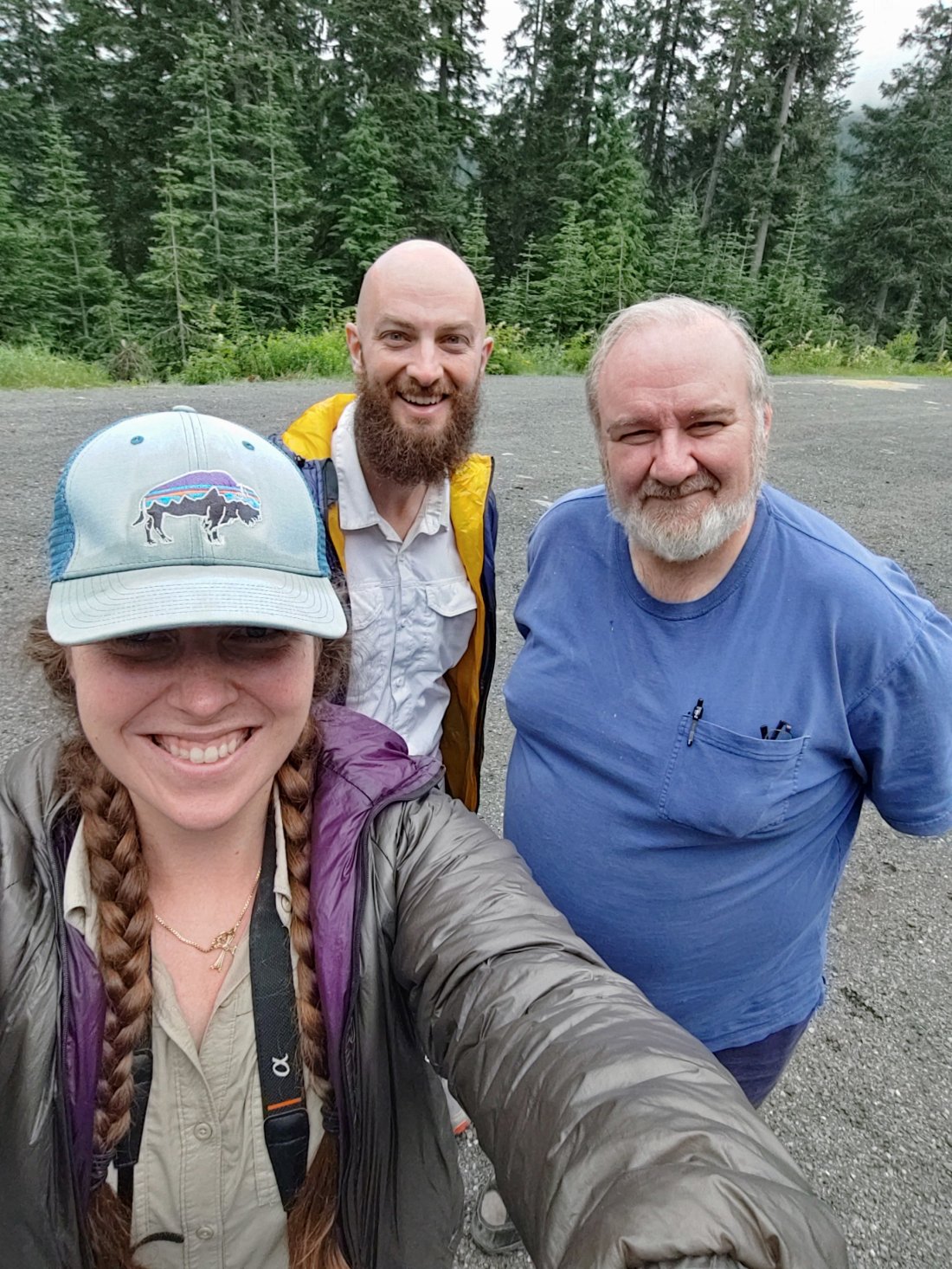 He recently retired and plans to spend a big chunk of this year driving around in his new RV providing trail magic to PCT hikers- he’s so cool! He loves supporting PCT hikers and hopes one day to complete the Washington section himself- I hope he gets to as well!

So, wait, what are the two things our parents tell us when we are growing up? Never get in a car with a stranger AND never take candy from a stranger, right? We only broke one of those rules ’cause Forrest offered us cookies, not candy. Forrest goes by the trail name Mad Baker and holy hell were those (mostly) vegan cookies amazing!!!!!!! He had thought we would save the cookies for dessert that night, but they were gone before he even finished that thought!

Around 1250 Matt and I finally hit the trail. Since it was our first day back we hadn’t planned to hike far, so the late start wasn’t terrible.

First impressions of the PCT in Washington: it’s wet and green. 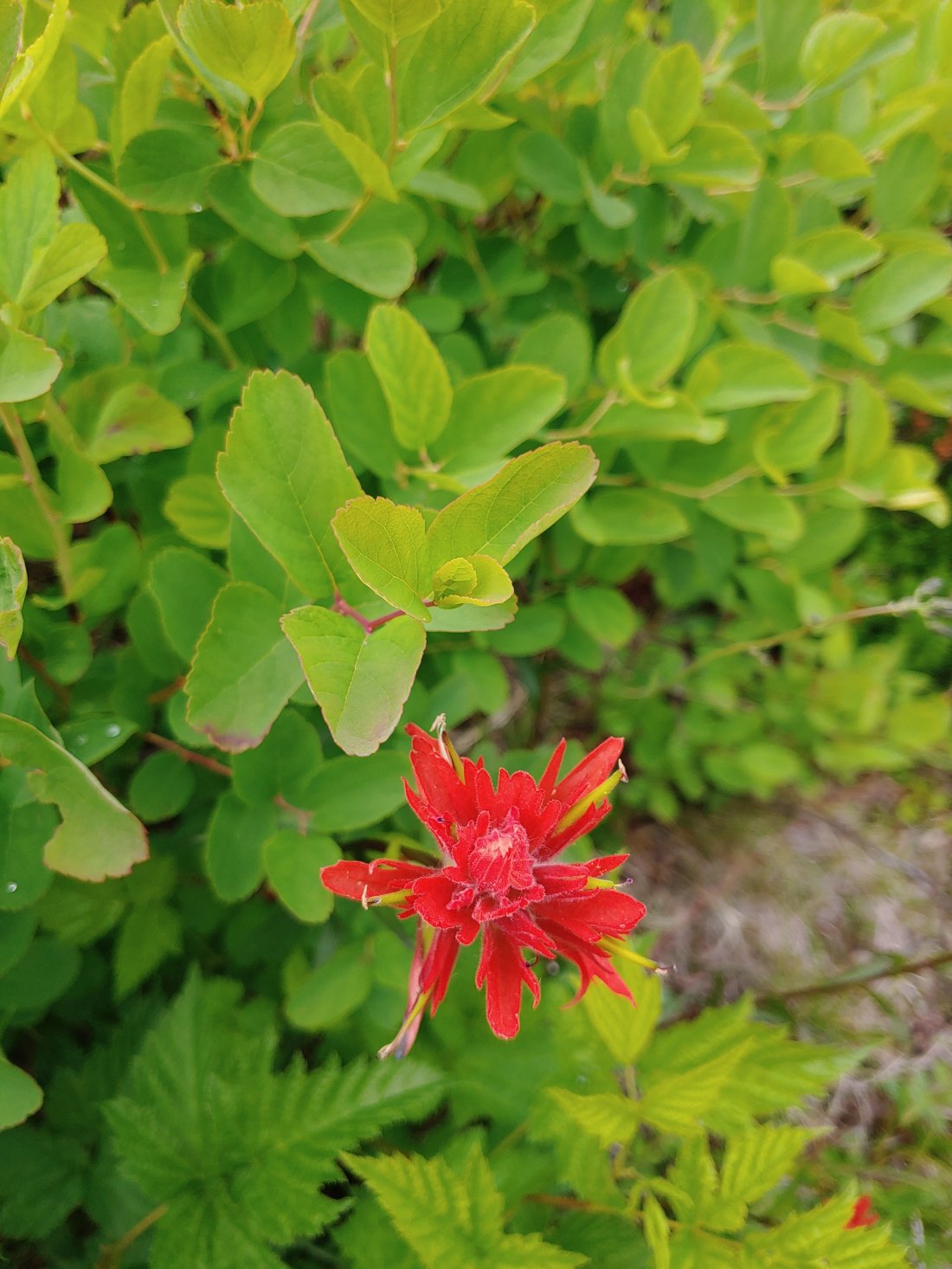 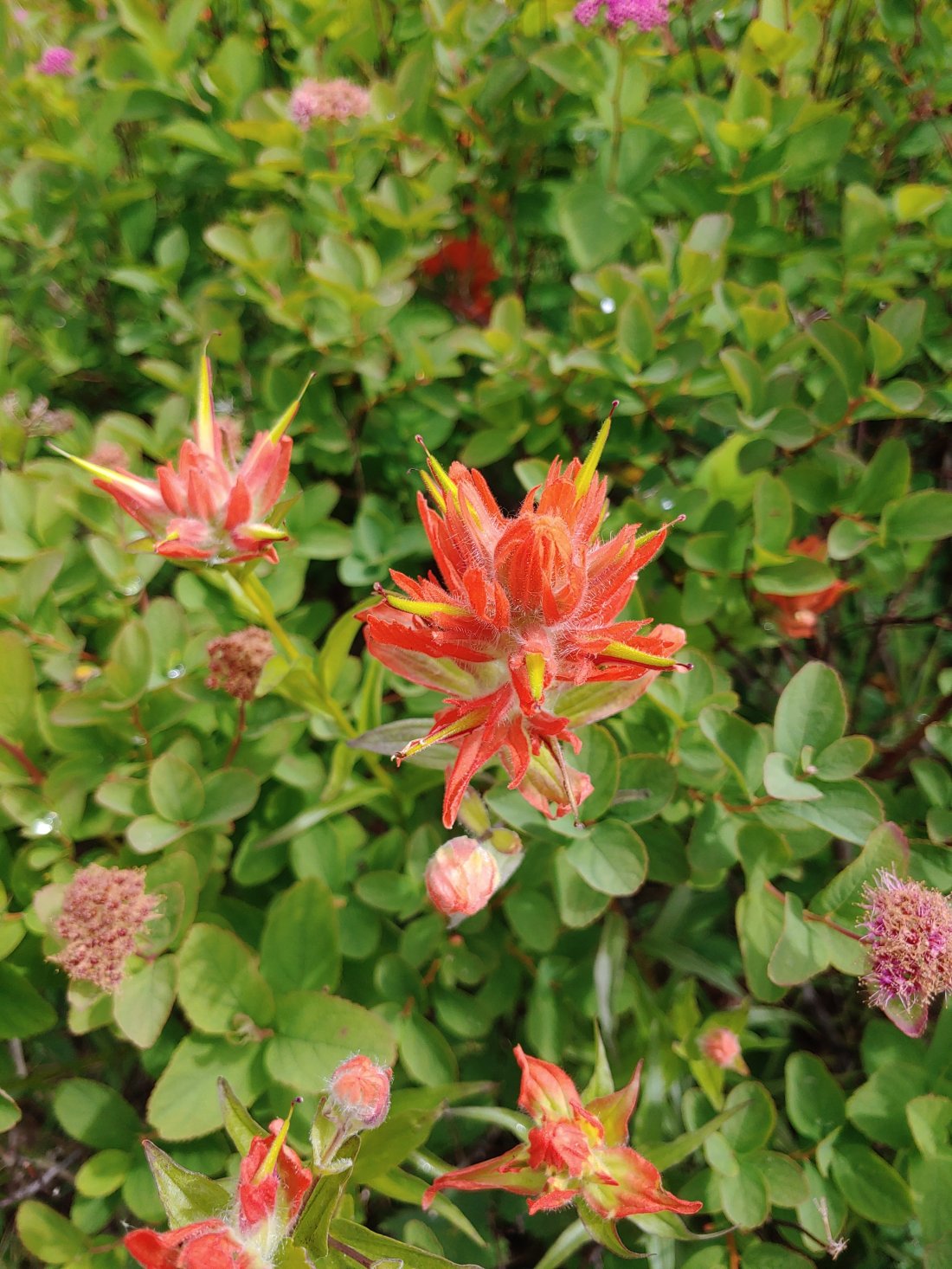 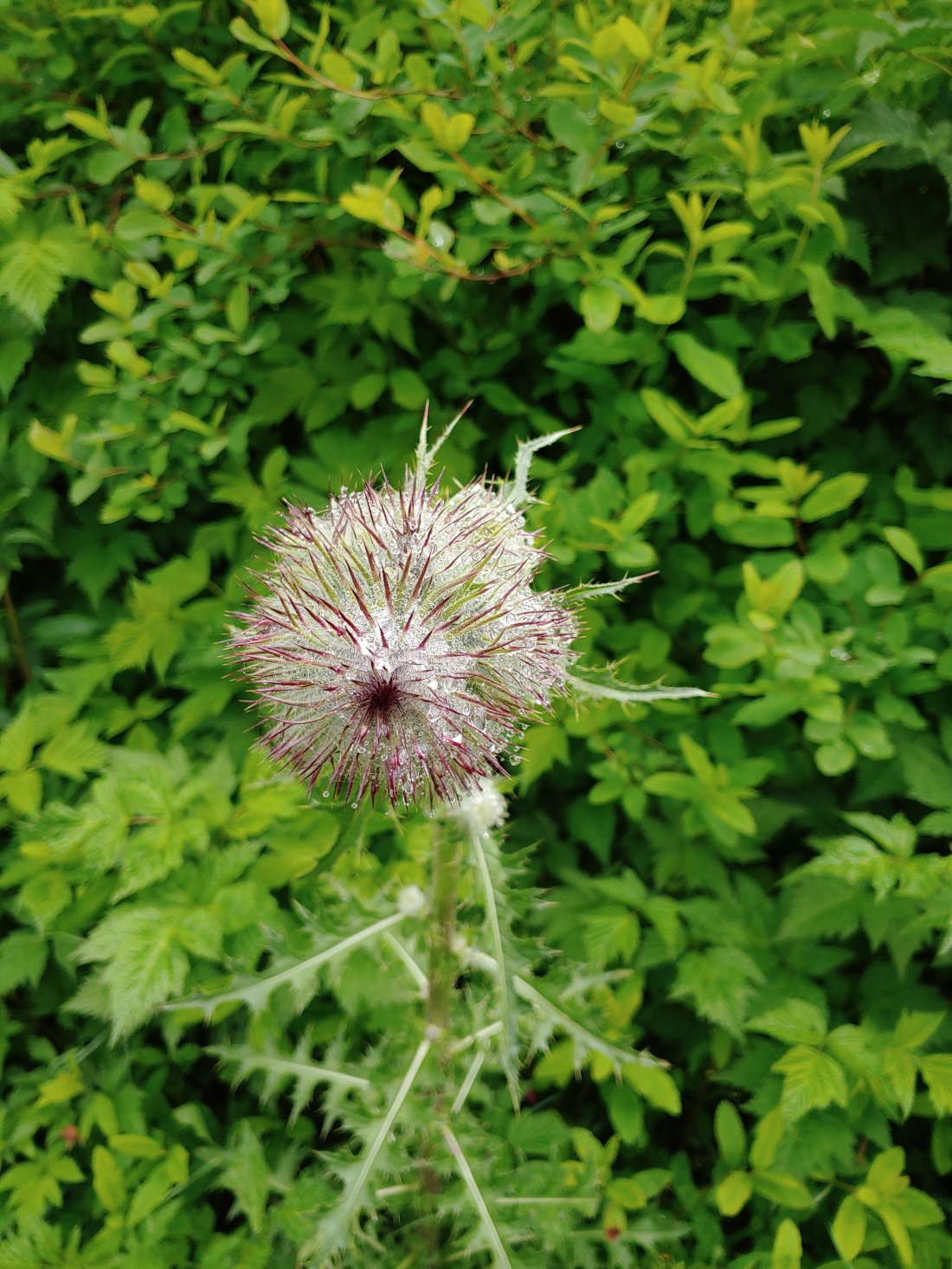 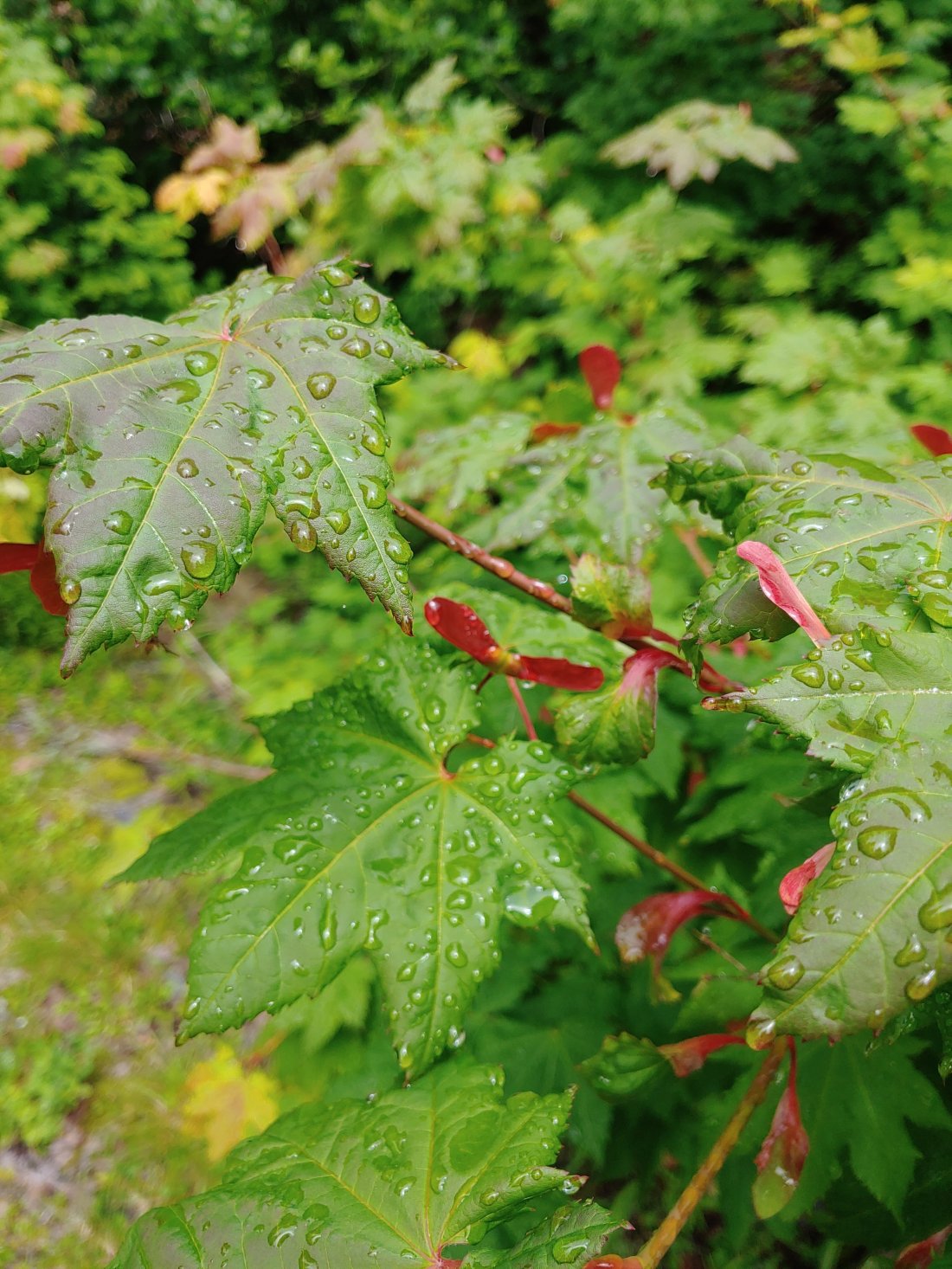 Around 3pm we came across a log- it was the first possible “seat” we had seen since starting, so we decided to take a quick lunch break. As we were getting up to leave Matt looked at his phone and discovered that his phone, in his words, “just took a massive dump”- it did a total factory reset, erasing all apps and photos. Thankfully we had service in that one area so we took an extended break while he downloaded the trail app/maps before we carried on. 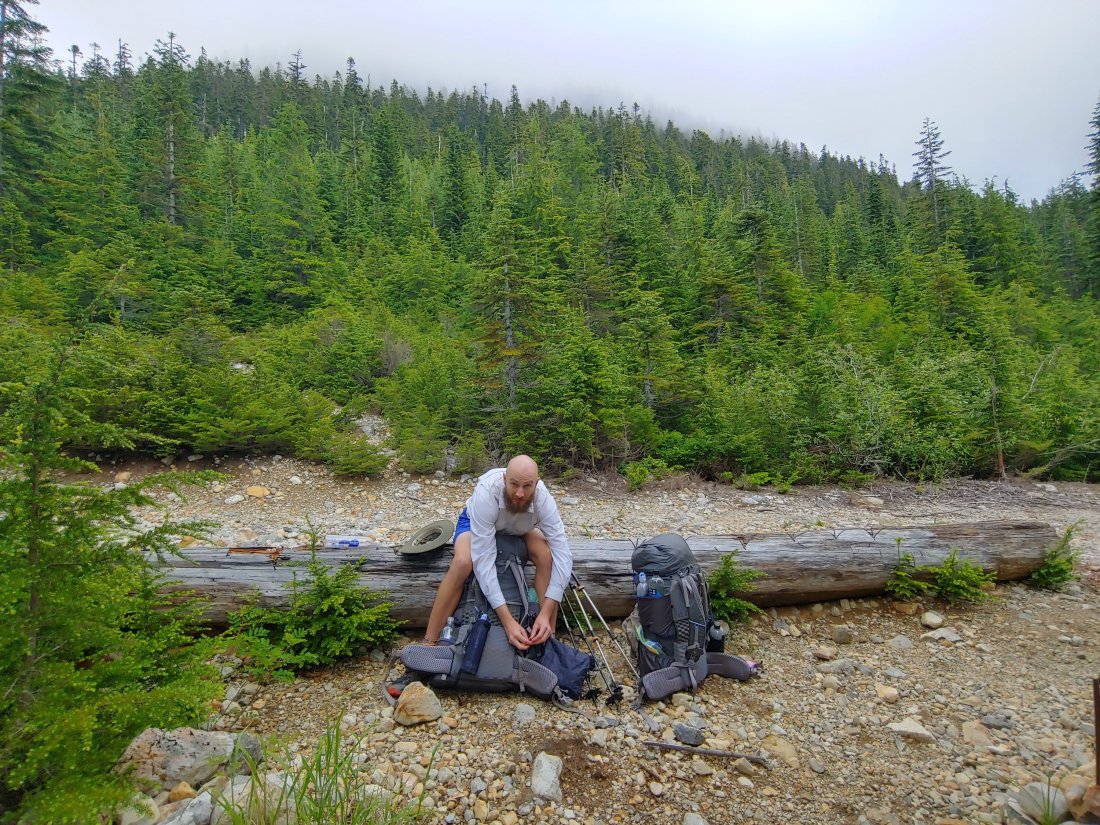 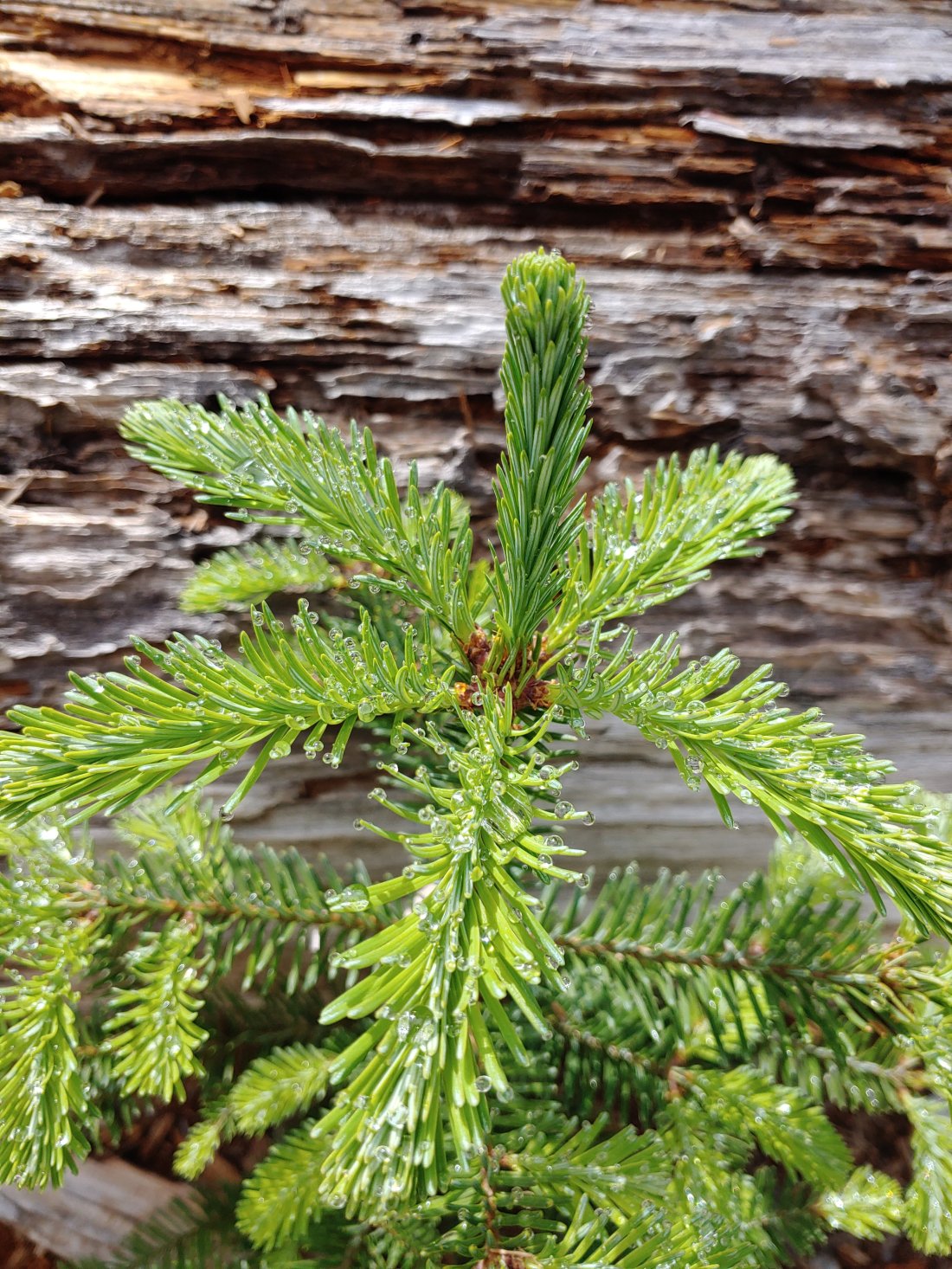 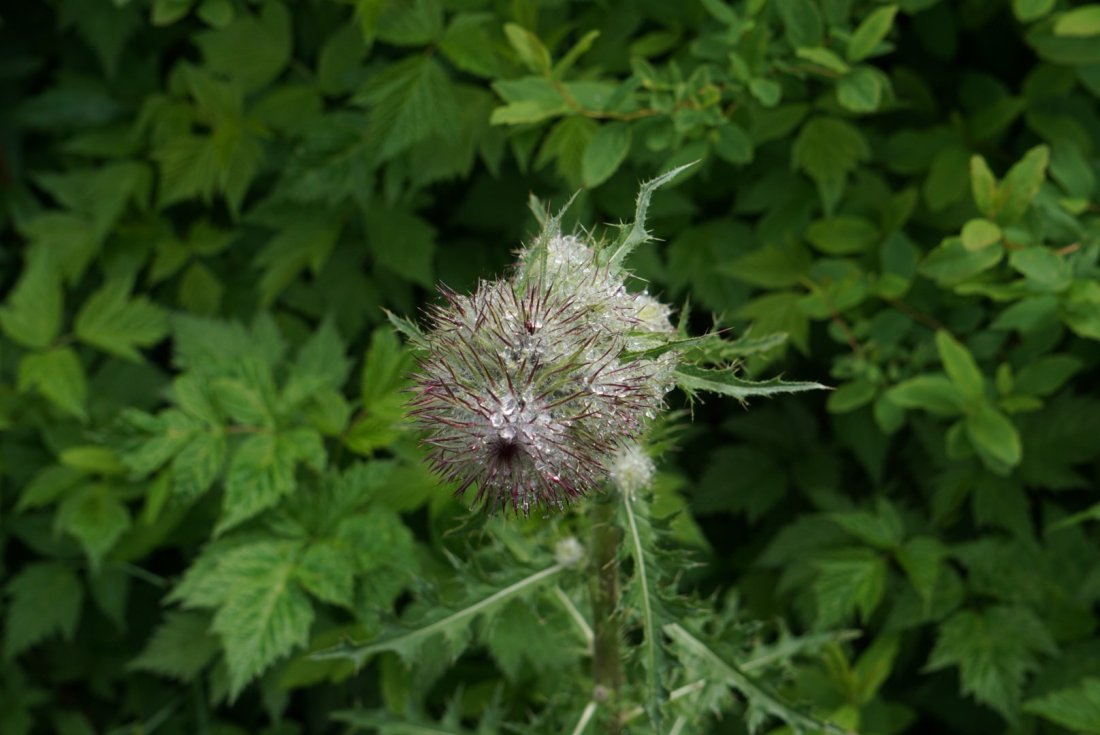 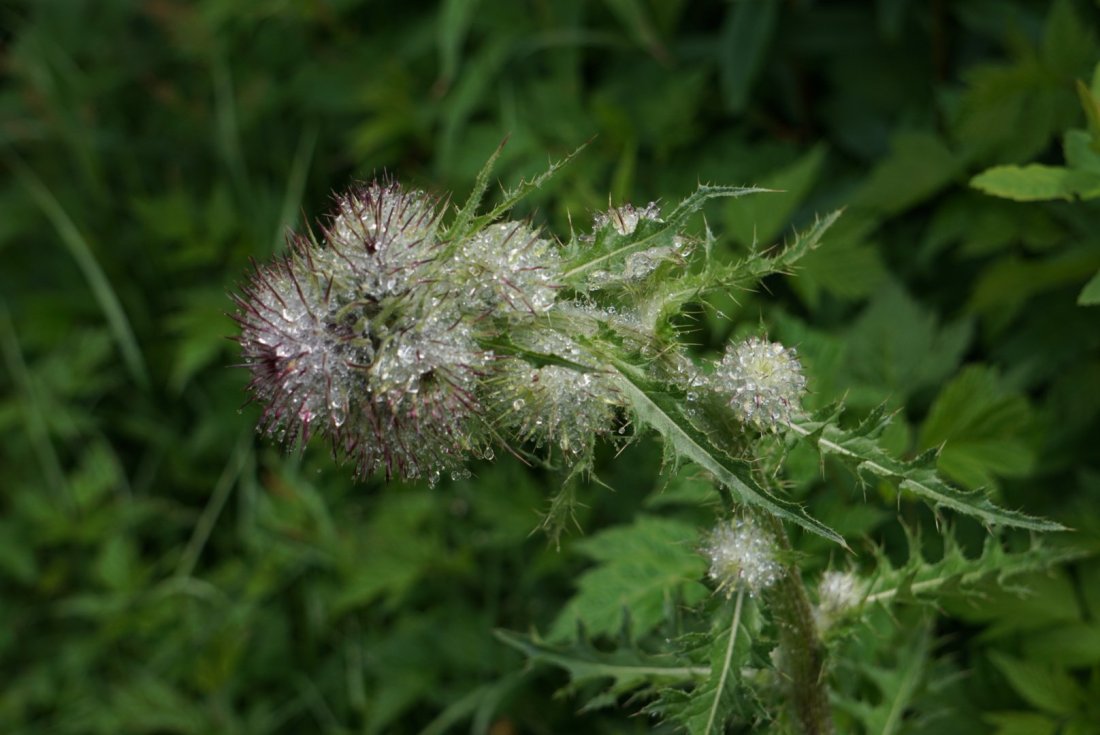 After Matt’s phone died, I was in a funk. Shit kept happening to him and it wasn’t his fault!! Maybe it was the cloudy weather, but dayyyummm. I started to think about the resentment I had previously felt towards Matt and started to feel bad- it wasn’t actually Matt that I resented, but instead the situation and the broken jaw- but it was MATT’S broken jaw. I was thinking about people with cancer- you don’t resent the person with cancer, you resent the cancer- but then I was also thinking of a friend of ours whose mom was diagnosed with Alzheimer’s when he was 15- he has since struggled with feelings of betrayal, abandonment, and neglect. Now, it wasn’t his mom’s fault nor was it her intention to get sick, but our friend had unwillingly watched his mother as he knew and loved her disappear before his eyes- he feels all of those things and it’s totally understandable. Gosh, then I was thinking of September 11. When I saw my dad for the first time after a big plane crashed into his office building and he climbed down 38 flights of stairs of a burning building (and soon collapsing building- I saw it live on TV and watched the smoke outside my classroom window…) and he escaped the city to come home to his family, I froze; I didn’t hug him. I was confused and sad and hurt and relieved and pissed and young and naive and my innocence was crushed and I learned the word “terrorist” and I had become so terrifyingly vulnerable and maybe even resented my dad for making me feel that way- I don’t know, that was a long time ago and I make up excuses for not hugging him. I don’t know why. Ugh, this was the deep rabbit hole I was falling down on this cold, dark day.

As we continued on we came across a beautiful lake where we met Tanner, a young dude looking to hike the Washington section NoBO from Oregon this summer and was picking our brains about trail life and finding hiking partners on trail (I adored him, I wish he could tag along with us!!) and a nameless couple who had previously section-hiked the PCT, CDT, and a bunch of other trails. They are teachers at the American School in Taiwan (they previously taught in Prague!) and spend their summers backpacking in the states…wheels were turning, and not just my own!! 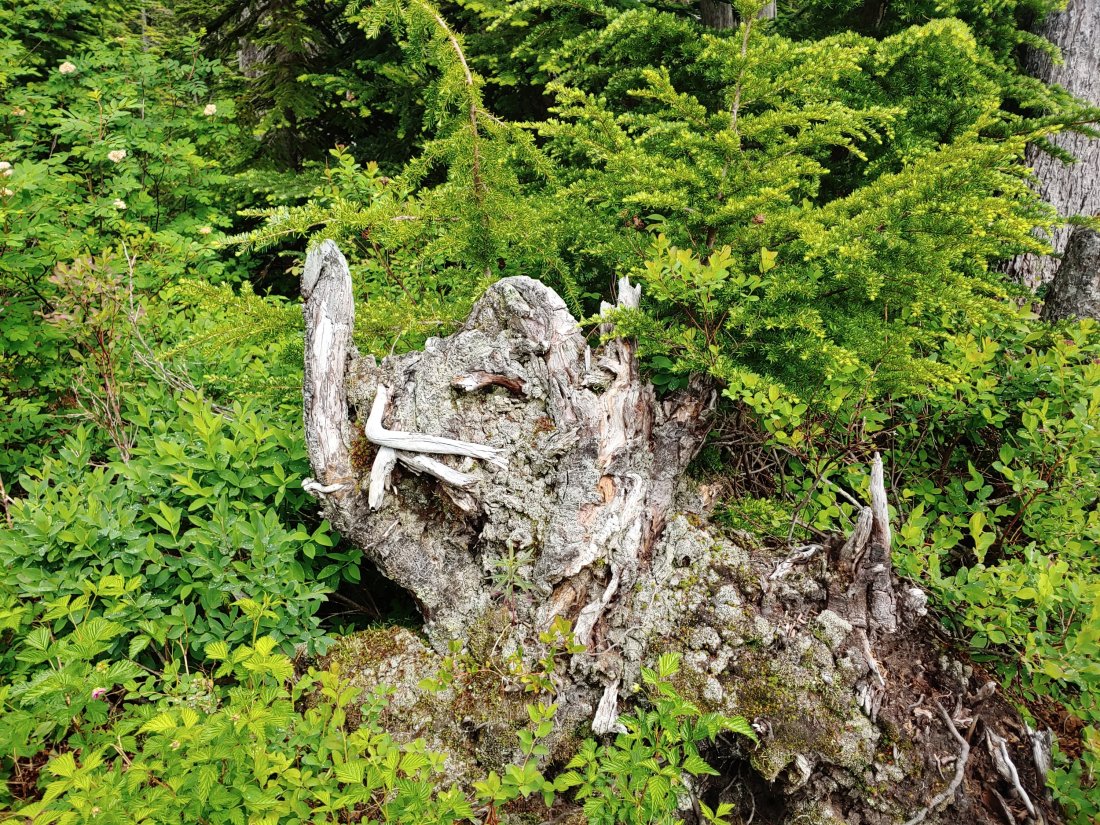 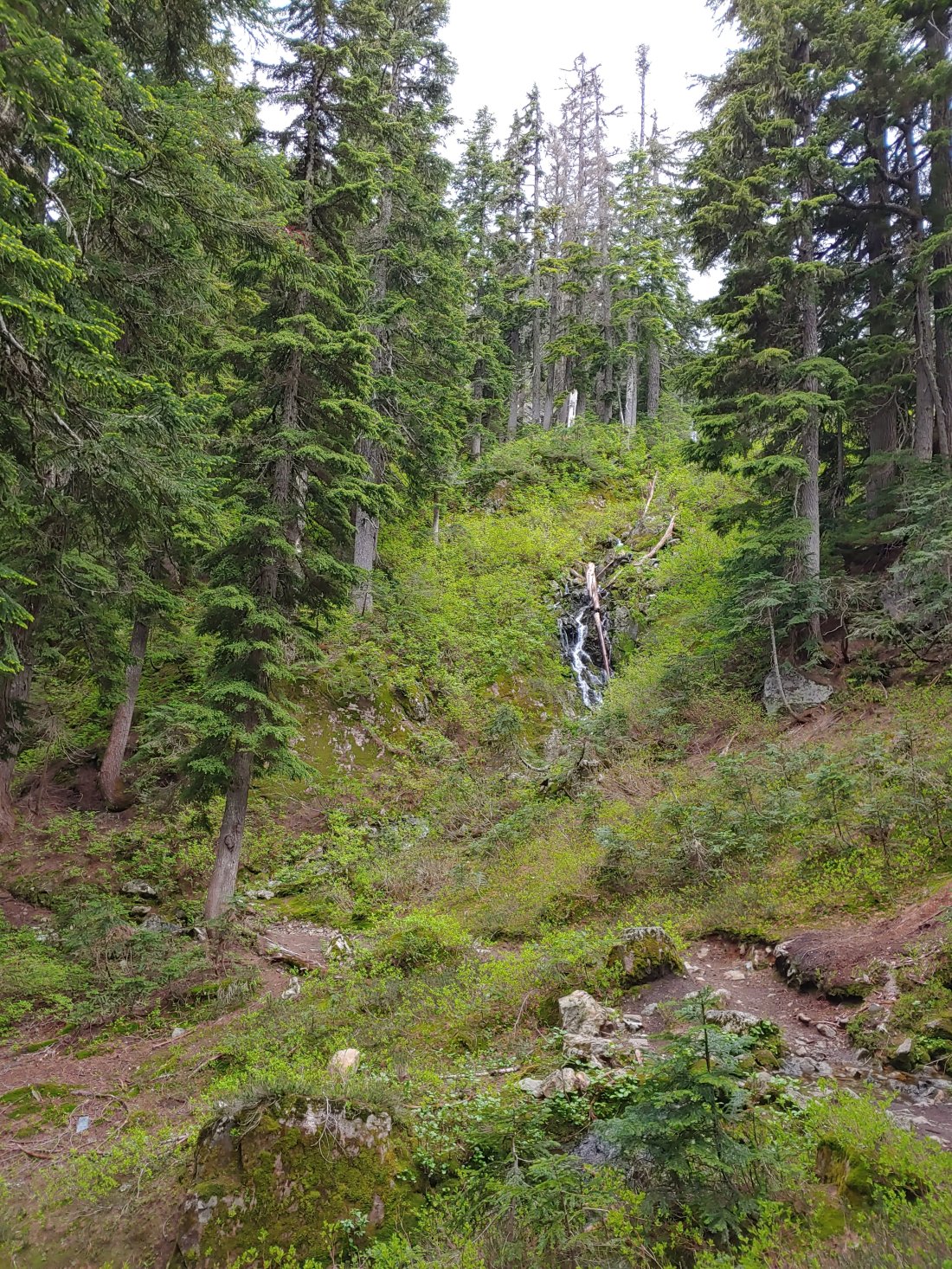 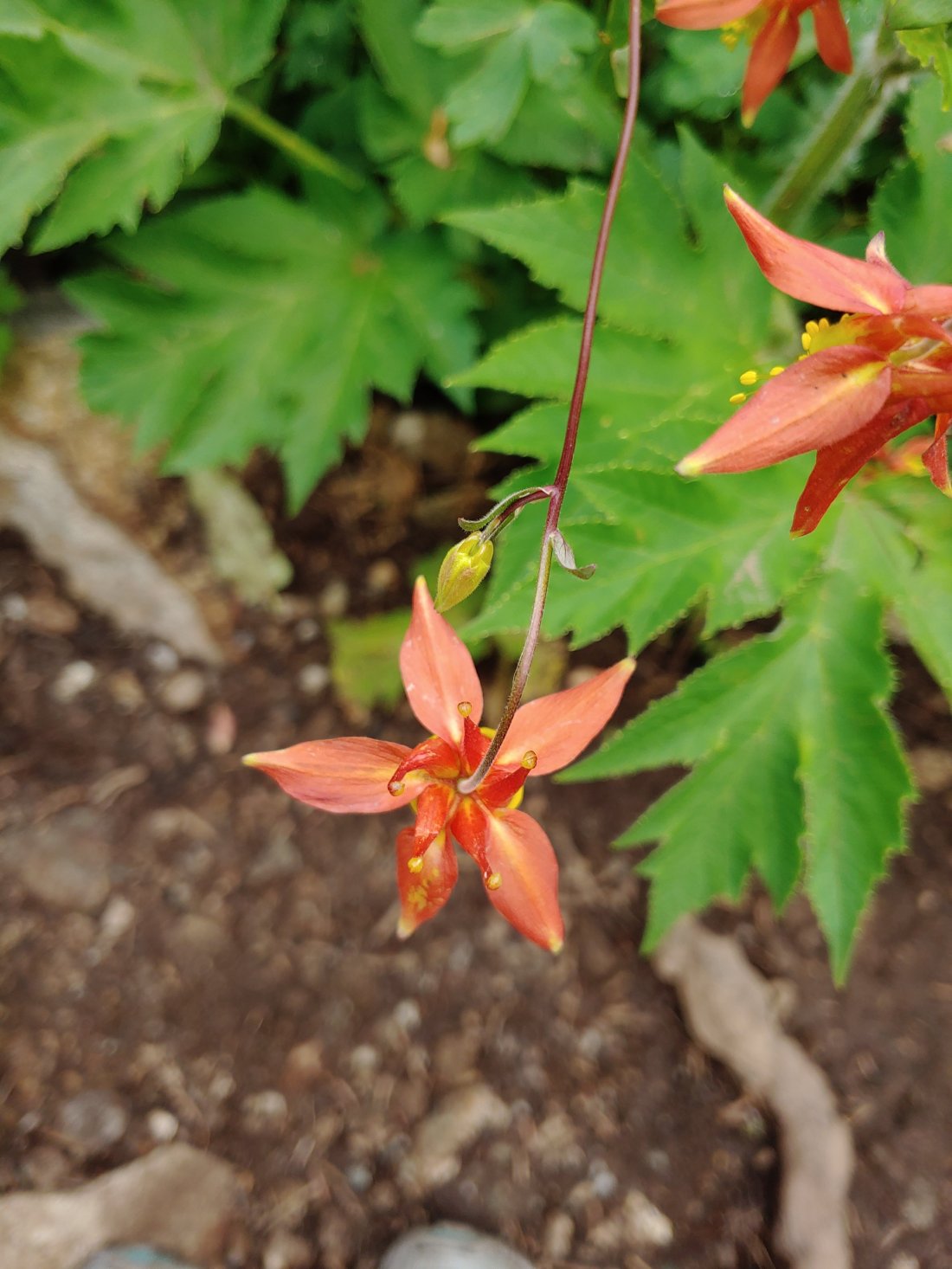 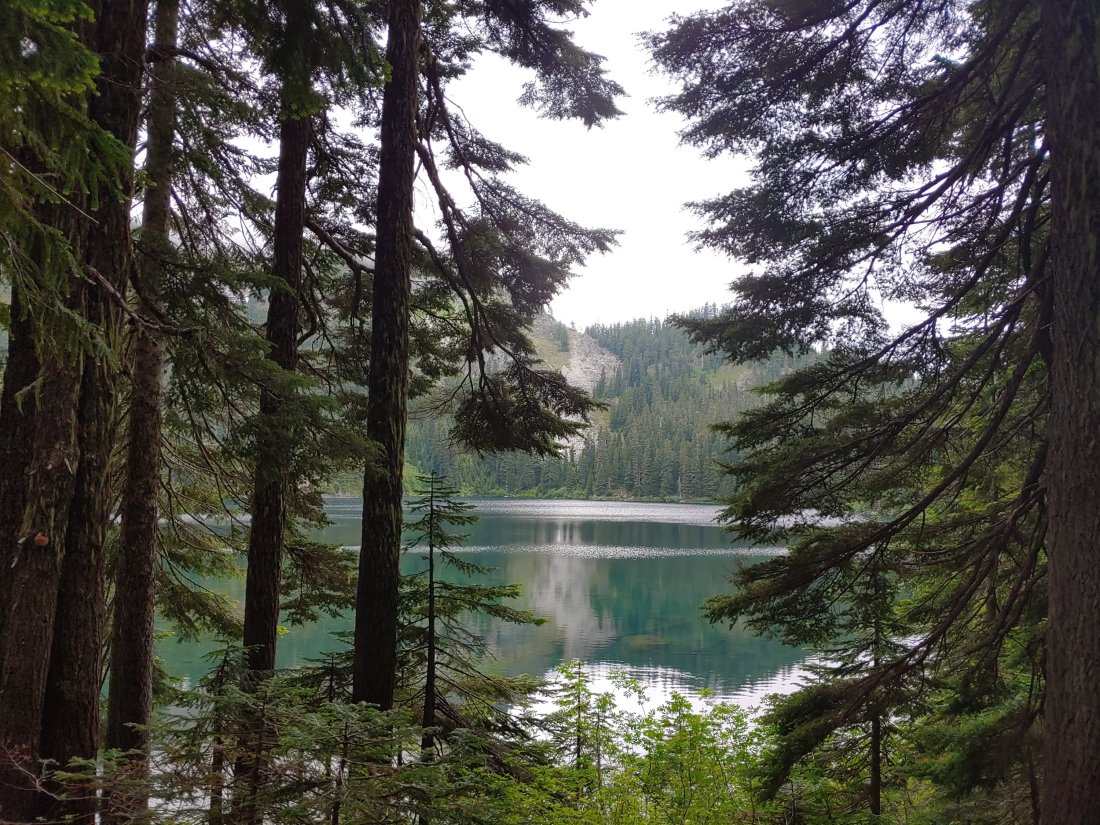 After a day that seemed to drag on, we reached camp around 6:45. After setting up our tent we sat outside to enjoy our first dinner back on trail. While chowing down I looked over and saw a cute little animal standing on the edge of what looked like a blade of grass. When I pointed him out to Matt, Matt informed me that the “cute little guy” was a mouse. Eek!! (Rumor has it, some determined mice on-trail will chew through your tent to get to your food! Eww!)

While we were finishing up dinner I admired how Matthew was sitting strategically with his legs apart and eating between his legs so he wouldn’t accidentally spill dinner on himself and I thought, “wow, what a great idea that is! With my legs crossed I’ll just have to be super carefullshitttt” as I spilled hot chocalate water on my legs….I hope bears don’t like hot chocolate.

To help prevent any unwanted visitors in our tent, Matthew tied our ursacks full of our food and any scented items to a nearby tree and we went to bed!