After our final breakfast feast at the hotel, we went back to our room to pack.
While looking for my fancy toe-socks, I remembered that we put those aside with all of our other clothes that are line-dry only. Yes, that’s right! We made a pile of clothes to hang dry and stuck them in Matt’s hat and….shit, where was Matt’s hat?!? We searched everywhere & couldn’t find it. We called the front desk- yes, yes they have a hat- but wait, not Matt’s. I went downstairs to look myself. What the heck?!? After some grumpy huffing around the room, we received a call from the front desk: housekeeping had found and stored the hat (& my underwear, socks, and our new sungloves)- phew!!! They were stored in a plastic bag, still damp, and now smelled like mildew, but hey, we had ’em.
We then walked over to the bus stop, rode the bus to a light-rail station

Took a train/trolley to the airport

Then feasted while we waited for our plane.
We couldn’t decide on dinner: I was craving spaghetti & Matt was eyeing the Chinese…we decided to go healthy & get “grain bowls”- ceasar salads with quinoa, and then we each immediately housed dinner #2: penne with butter for me, and orange chicken with noodles for Matt. …followed by McDonald’s ice cream (me) and an apple pie(matt.)
Since we booked our tickets the day before, we didn’t have the best selection of seats on the plane. I took an aisle seat and Matt took a window in the row behind me. A lady with a two year old and a baby boarded and asked if Matt would switch so she could sit next to her two-year old. Turns out he switched to the seat across from me! And then there was another mix up and Matt ended up having to sit….in the window seat next to me! 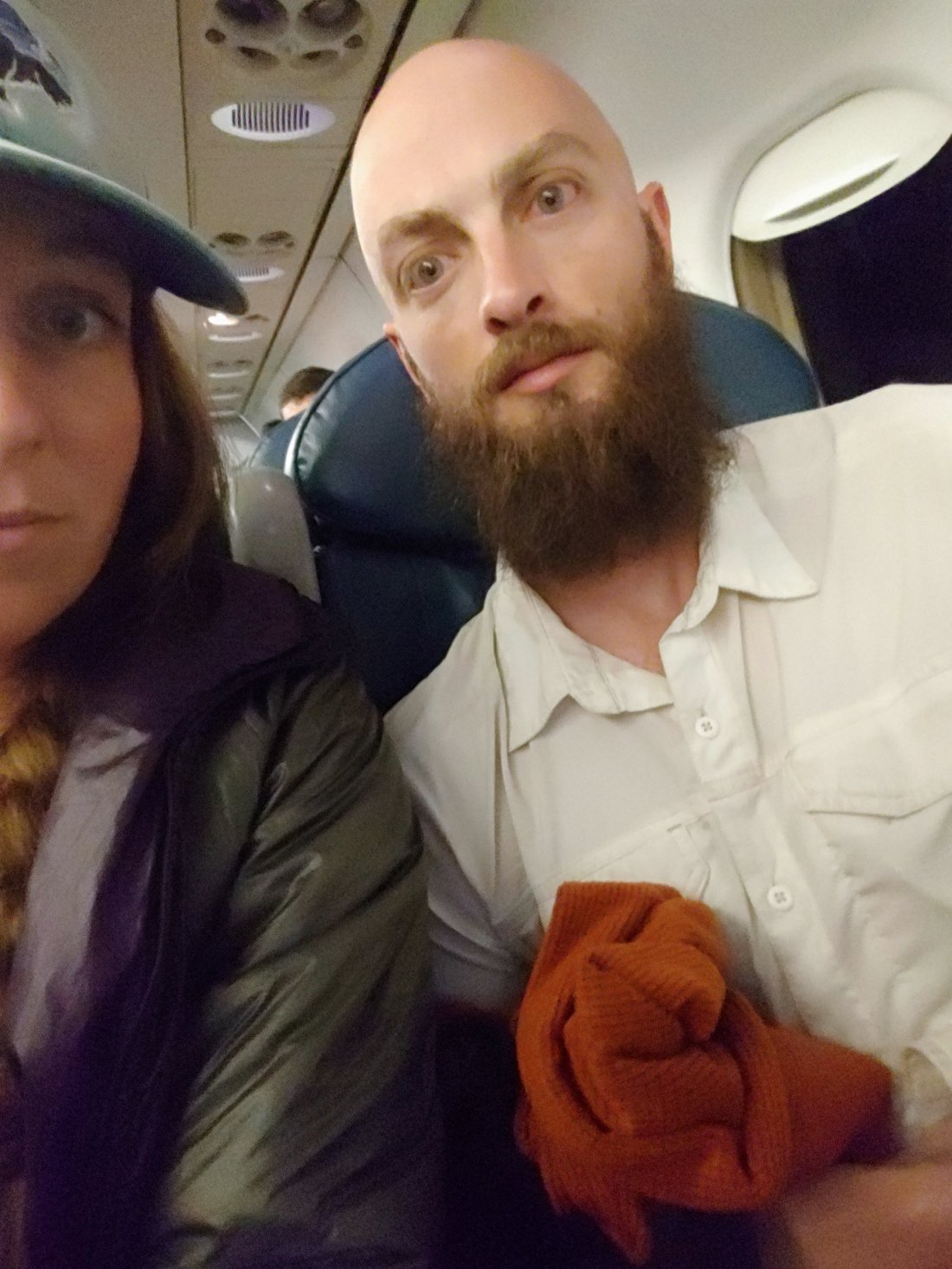 We arrived to Medford around 10pm, welcomed by the smell of smoke. A fire, started the day before by an illegal campfire, was now 9,000 acres in size and covering southern Oregon in smoke. Awesome. Just as I started second guessing our revised gameplan, I saw on Facebook that a fire had started near Stehekin, the area we were headed towards in Washington anyway… so, damned either way.
We ended up meeting three section hikers at the airport and shared a shuttle with them to the airport.
July 27
We hit up the grocery store, arranged our food bags, showered, packed, then Ubered to the local REI for fuel, a knee brace, and a new bandana- red just isn’t my color!!
There we met our driver Amanda, and Better Than Work, the guy who had originally requested the ride that I piggybacked off of.
Amanda is frickin amazing: foster mom to children, dogs, AND cats, and a trail angel for us smelly hikers!!! 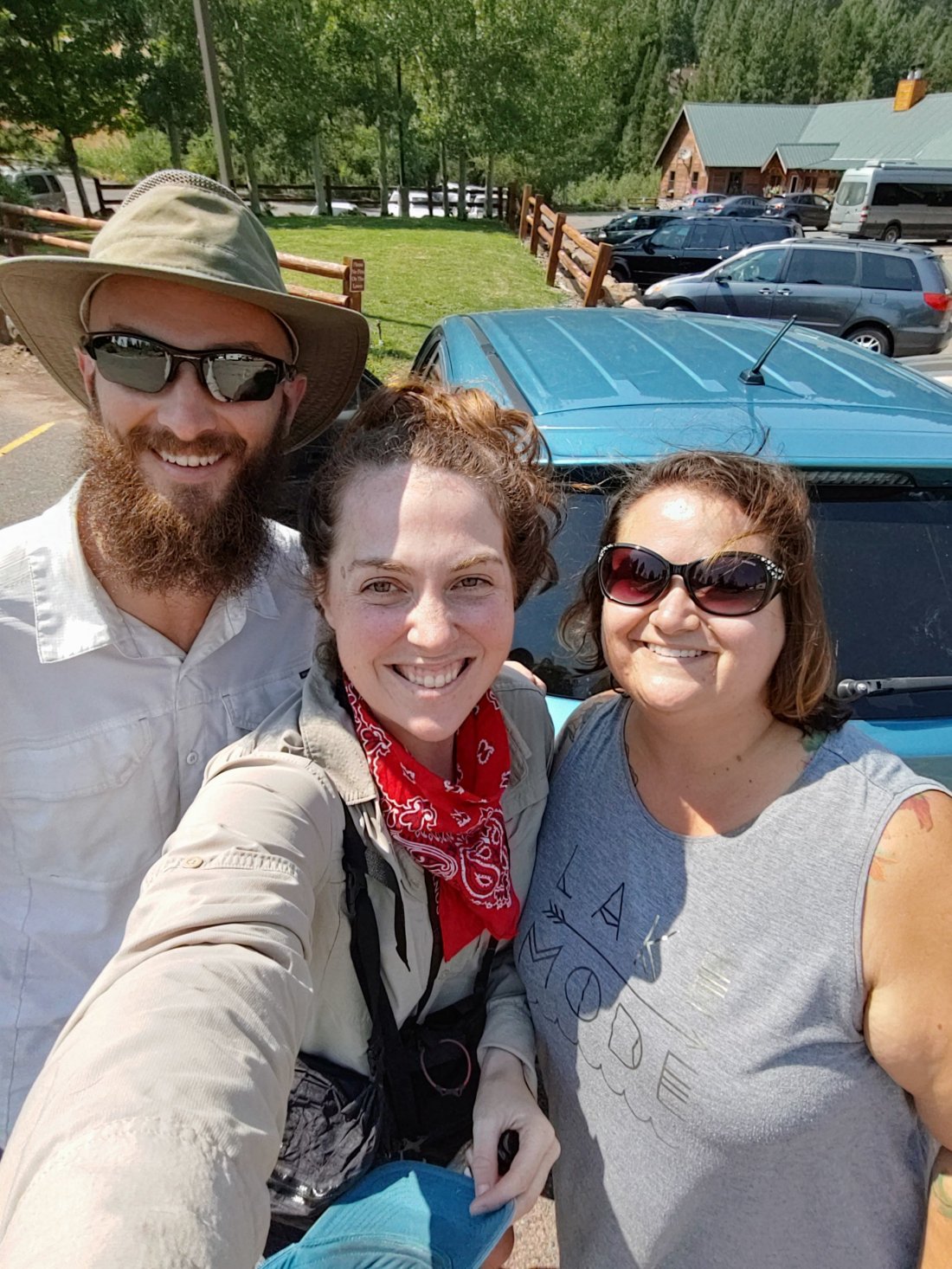 She dropped us off around 3pm near the trail at Callahan’s Lodge, where the idea of one more night of comfort won us over. Callahan’s Lodge is super hiker friendly, offering a pretty good hiker package: $65 for a place to camp, laundry, hot showers and robes, an endless spaghetti dinner with salad and bread, and an endless pancake breakfast with eggs, bacon, and fruit! OR, each piece can be purchased separately. And, first beer is on the house!

They also offer ridiculously discounted room rates for those that like to pretend that they are rich…like Matt and I. 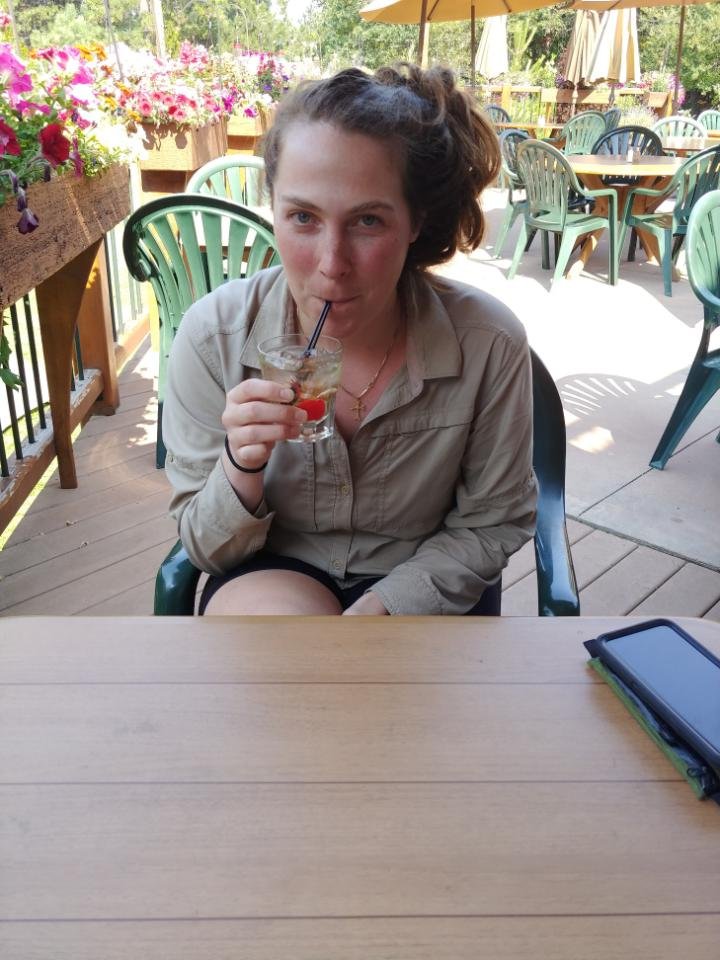 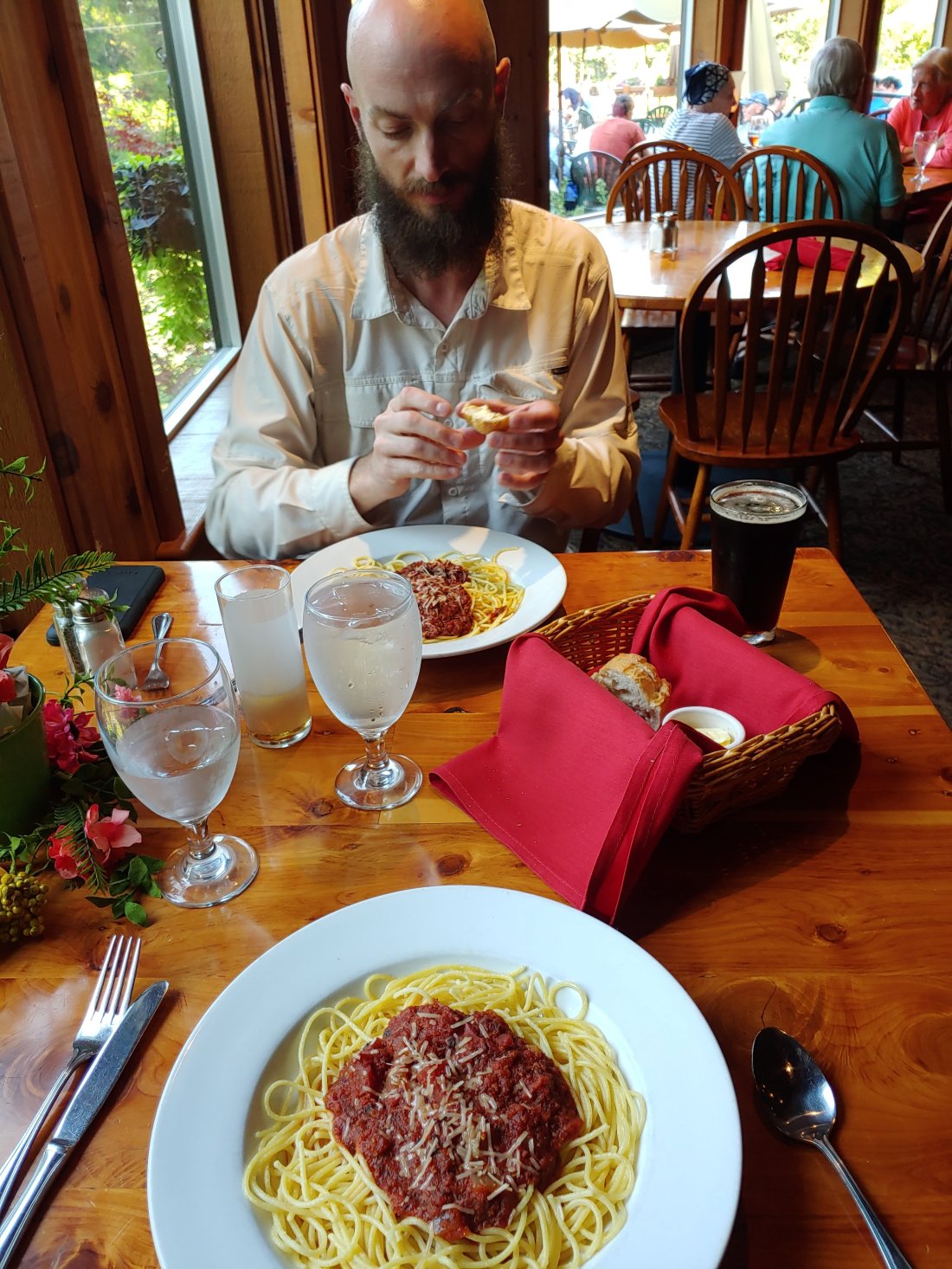 SO,we enjoyed another night in comfort (jacuzzi in the room + Netflix!) before we return to the wilderness…