Colors of the Wind

Last night we ended up camping next to Jeremy from San Diego. We chatted a bit with him, bonded over the terrible wind storm overnight which resulted in a ton of fine, hard to remove sand covering us and everything in our tents, then parted ways.

We eventually set off from the Stagecoach RV Park around 830am, hoping to catch a ride the three miles to where we last left off @ Scissors Crossing. About 25 minutes into our walk a lady stopped for us and we hopped in her car. Turns out she owns a restaurant that Matt &amp; I have eaten at before, Soups and Such!

We walked to where we left off on Thursday, under the underpass, where we saw a badass trail magic table being set up- we heard rumors of burgers, hot dogs, veggie trays, watermelon, beer, and margaritas!! As tempting as it was to stay, we decided to hit the trail…

We started around 9, with a steady climb out of Scissors Crossing. We had heard rumors of this hike being terrible when hot, but we lucked out with cooler temps and a constant breeze- and occasional ridiculous wind gusts! I had to ditch my hat after it flew off into a cactus- thankfully it didn’t blow off the side of the mountain!

Speaking of sides of mountains and cacti- the desert was SO colorful today! Amazing wildflowers &amp; blooming cacti spread across the mountain sides- we couldn’t stop snapping pictures! And between the wind and the colors, I couldn’t stop singing the Pocahontas song, “Colors of the Wind.”

Matt and I had planned to take today slow and steady to see how Matt’s ankle was doing. Every few miles or so we checked in with each other to see how much further we should go- we even took a real break, taking off our shoes and everything.

Eventually, around 1430, we found ourselves at a tent-site at mile 88 where it didn’t seem as windy as the rest of the mountain. Matt’s ankle was feeling good, and he didn’t wanna push it. We decided to stay.

We were sitting around chatting when we were joined by Corey, a guy from Illinois. He spent maybe an hour with us before deciding to push on. Preston from LA also stopped by- we had met him in Laguna. He had severely burned hands and admired our sungloves- &amp; now he has a pair of his own! He had never backpacked, hiked, or even camped before! Talk about jumping in!

Early to bed, we planned to get the earliest start yet, alarm set for a little after 5!

Happiness is: seeing the rattler before he sees you! (Or at least seeing him before he rattles at you!) 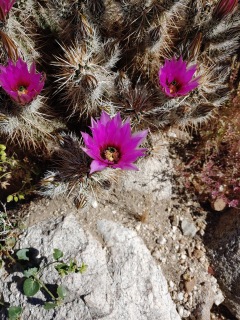 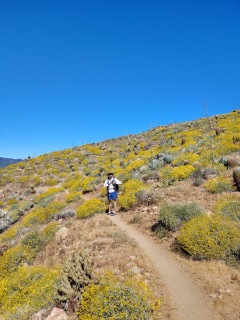 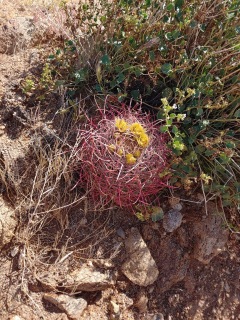 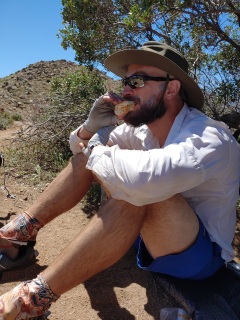 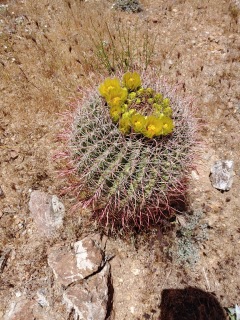 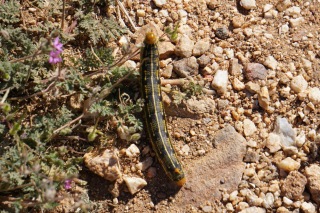 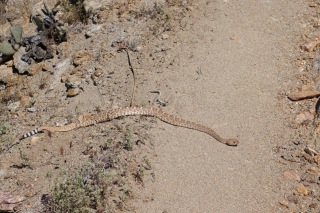 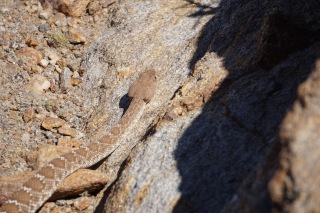 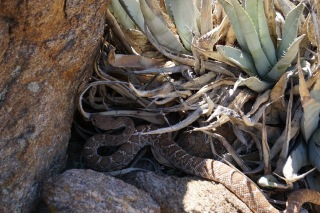