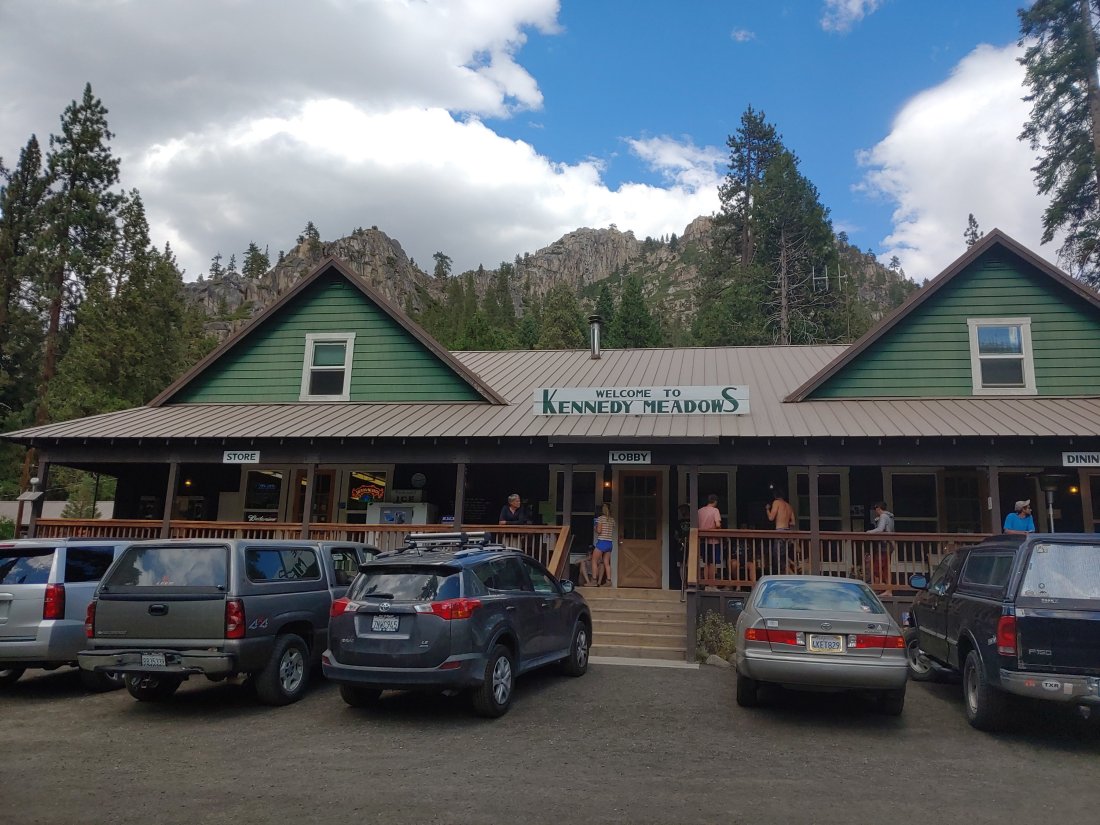 Matt and I ended up buying our food separately, which we rarely do. His came out to $90+, mine about $45…maybe we should buy separately from here on out?!? 😉 The main difference in our resupply: I buy things like Sweedish fish and cheeze-its, while he buys meat & jerky. We both can’t wait to get back to a fresh, healthy diet when off-trail!
We packed our bags and were out of our room a little after the 10am checkout time. We enjoyed breakfast at the restaurant (I had eggs, 2 pancakes, and toast BECAUSE I CAN!) and then we hung out for a LONG time trying to figure out a possible schedule for the Sierra.
Matt & I both separately made a day by day mileage goal, and in the end, while our daily mileage differed, we both had us exiting the Sierra in 23 days, should we decide to keep hiking. I made some phonecalls to arrange hotel treats along the way (stay tuned for princess-backpacking updates!) and reached out to my friend Moriah who has a contact in Mammoth. The bus we needed from Mammoth to Red’s Meadow, which is super close to the PCT, stops running the day before we had planned to get back on trail, so I texted Moriah’s contact, Melinda, and arranged a ride. It turned out that Melinda also had a bedroom available to rent out, so Matt & I jumped on that, too.
After doing our homework, we went to the PCT tent to charge our phones before the 3pm shuttle back to the trail.

We were happily surprised to see another familiar face- Tasty, a dude from South Africa!!! We first met Tasty in Washington and then ran into him again in Oregon AND I found out from reading Arc’s blog that they all actually know each other, too! How fun! 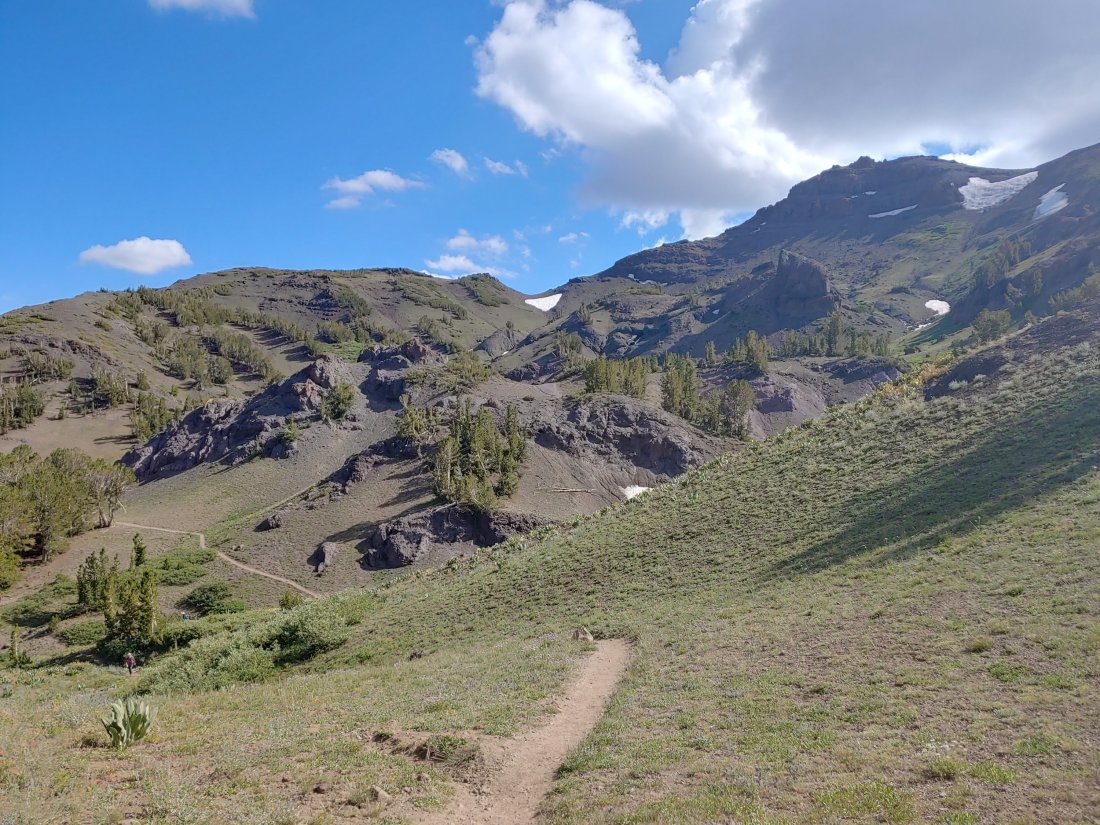 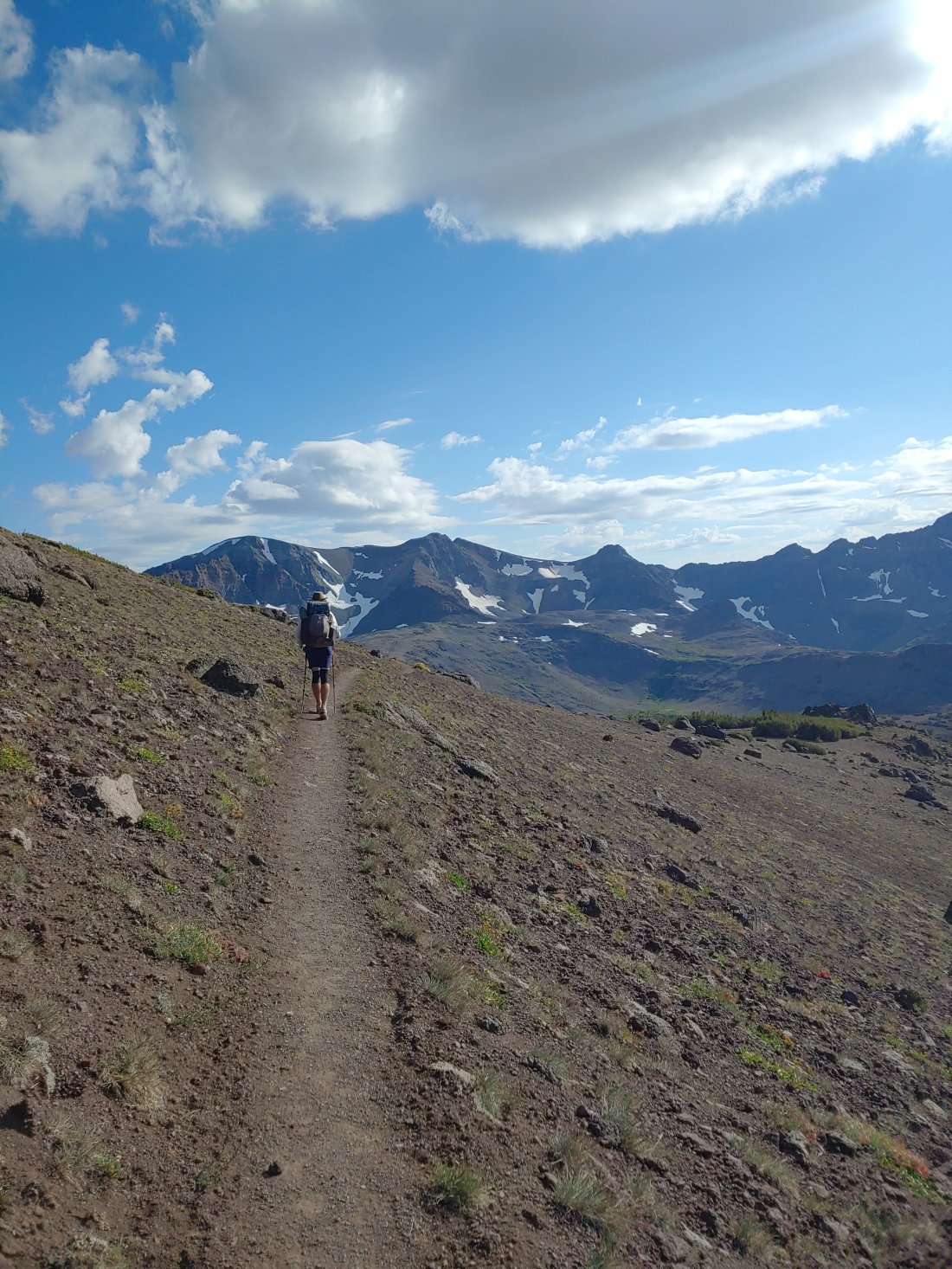 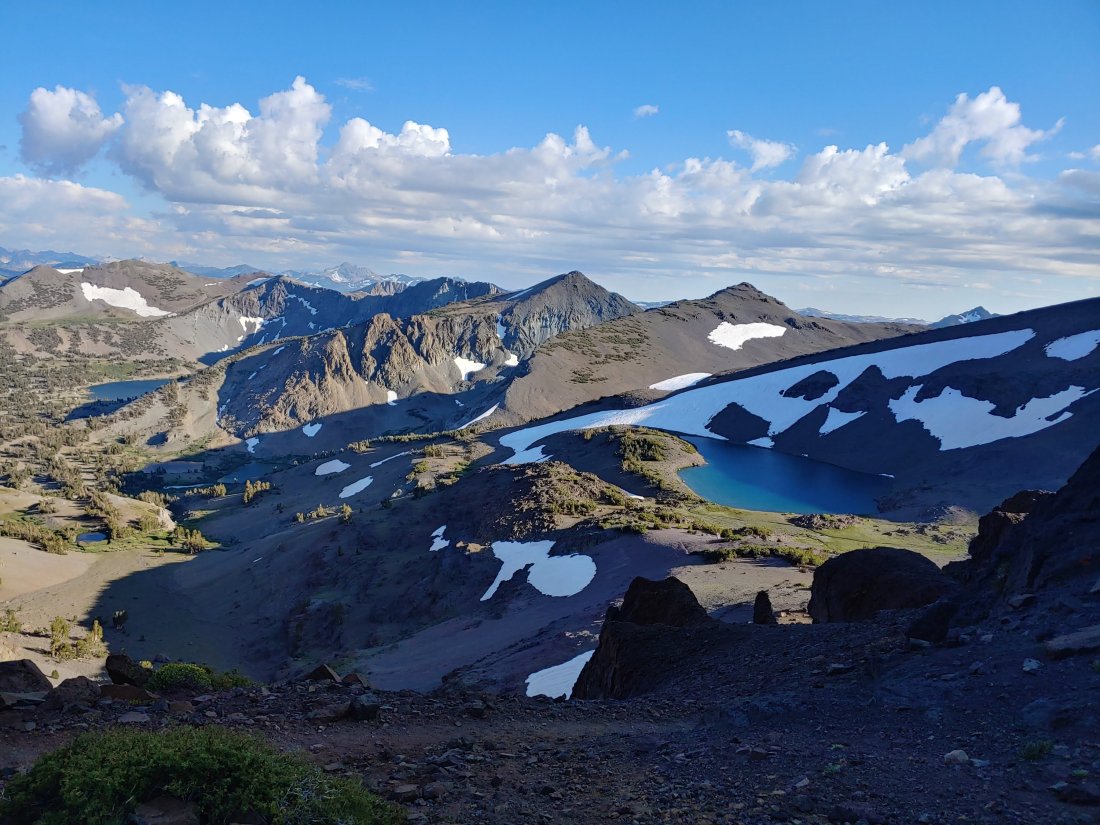 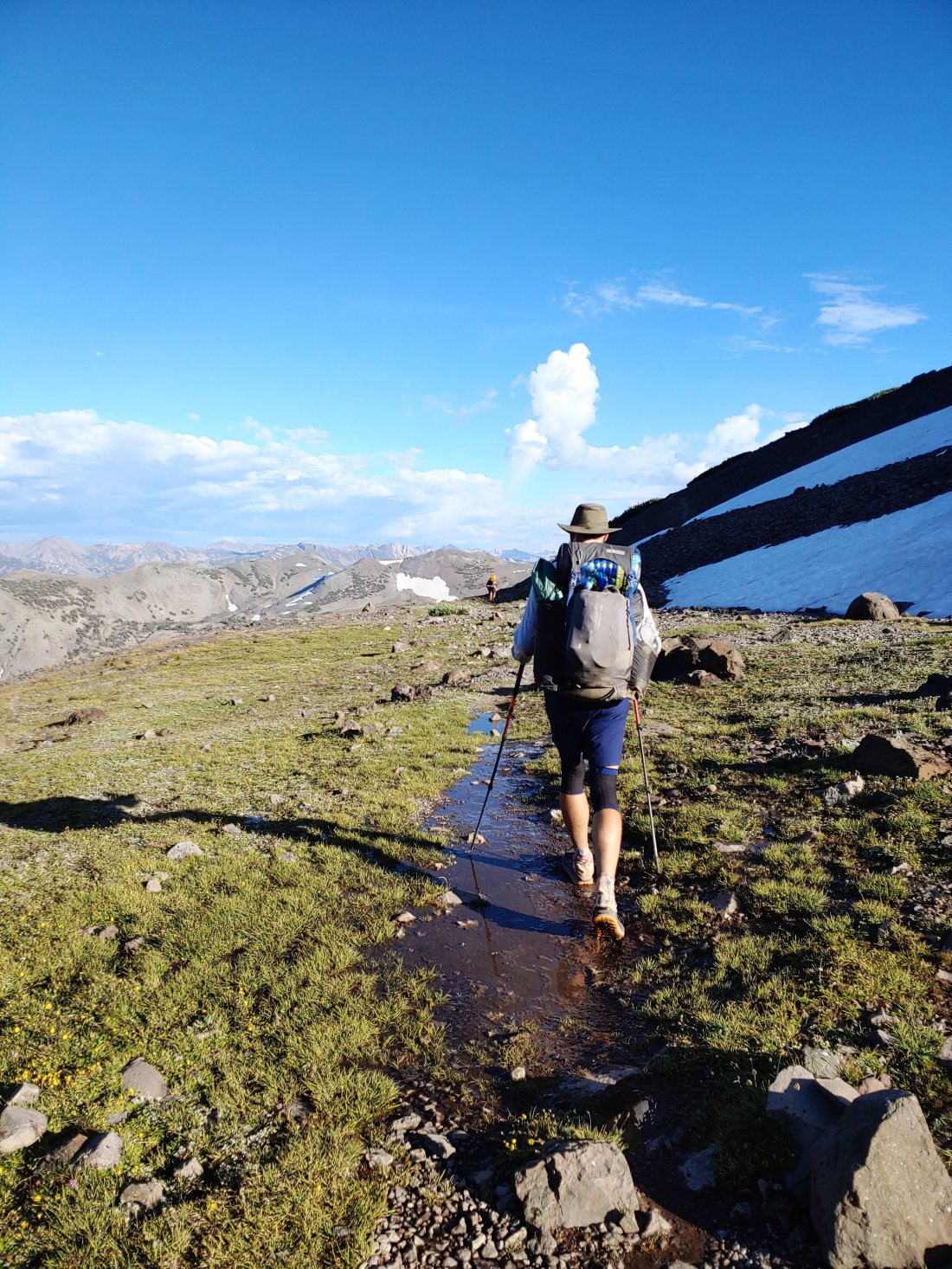 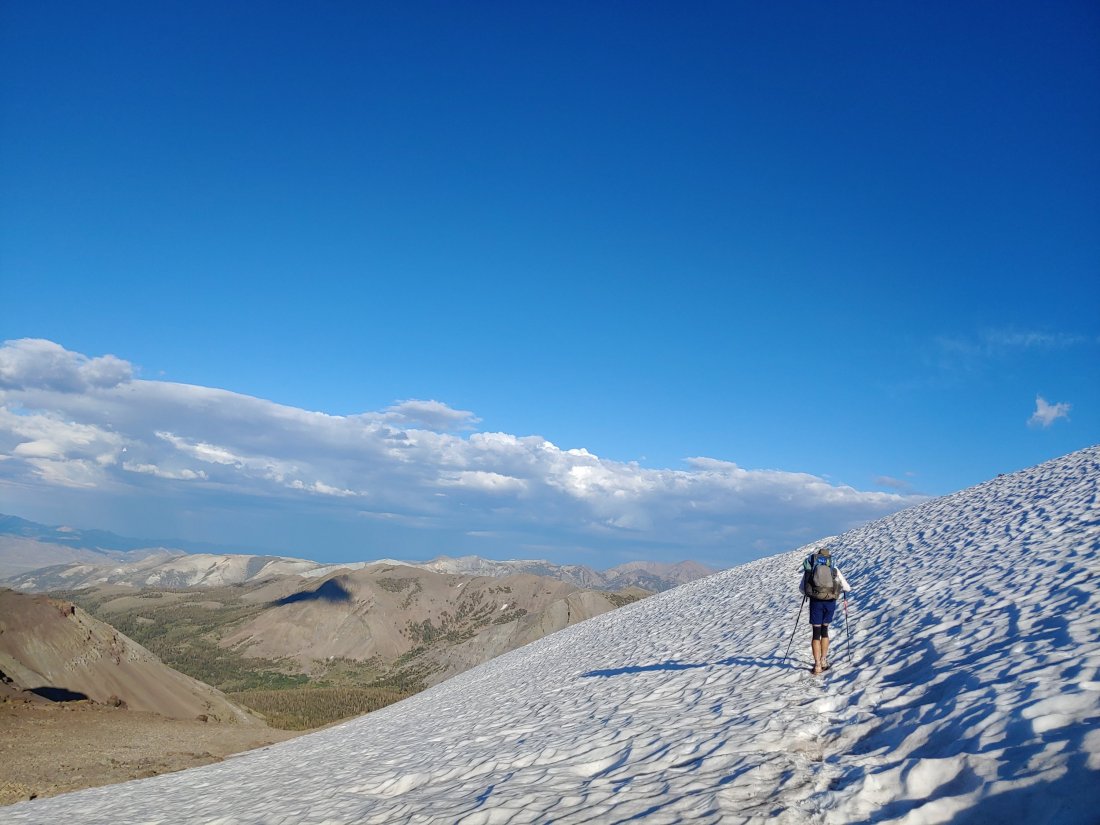 As we reached the top we were nearly blown away by the wind! We hurried up and over the pass so we could start our descent. 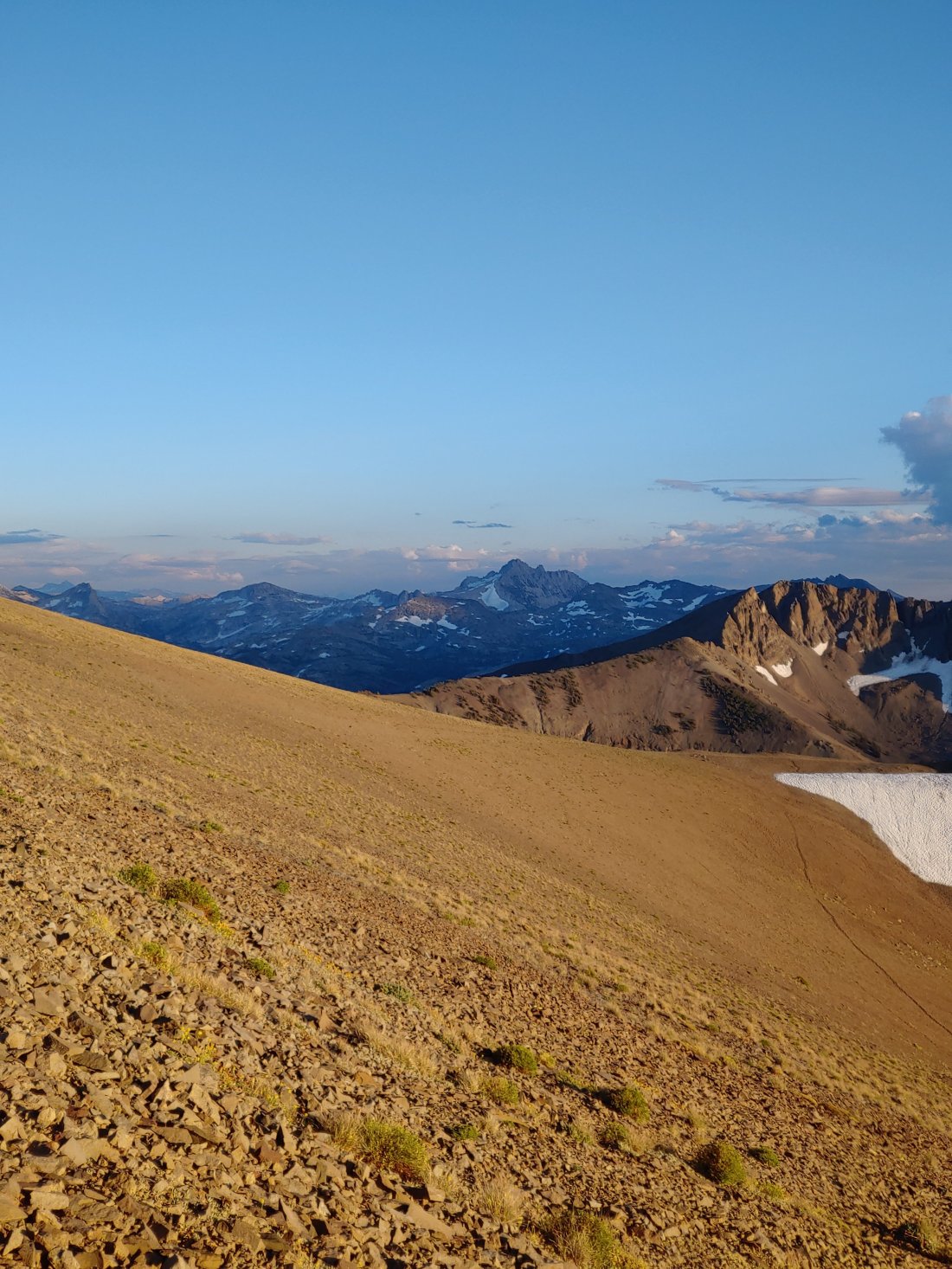 It looked stormy off in the distance, but we were treated to beautiful clouds, beautiful alpine glow, and a beautiful sunset. As the sun set, though, it became quite chilly! 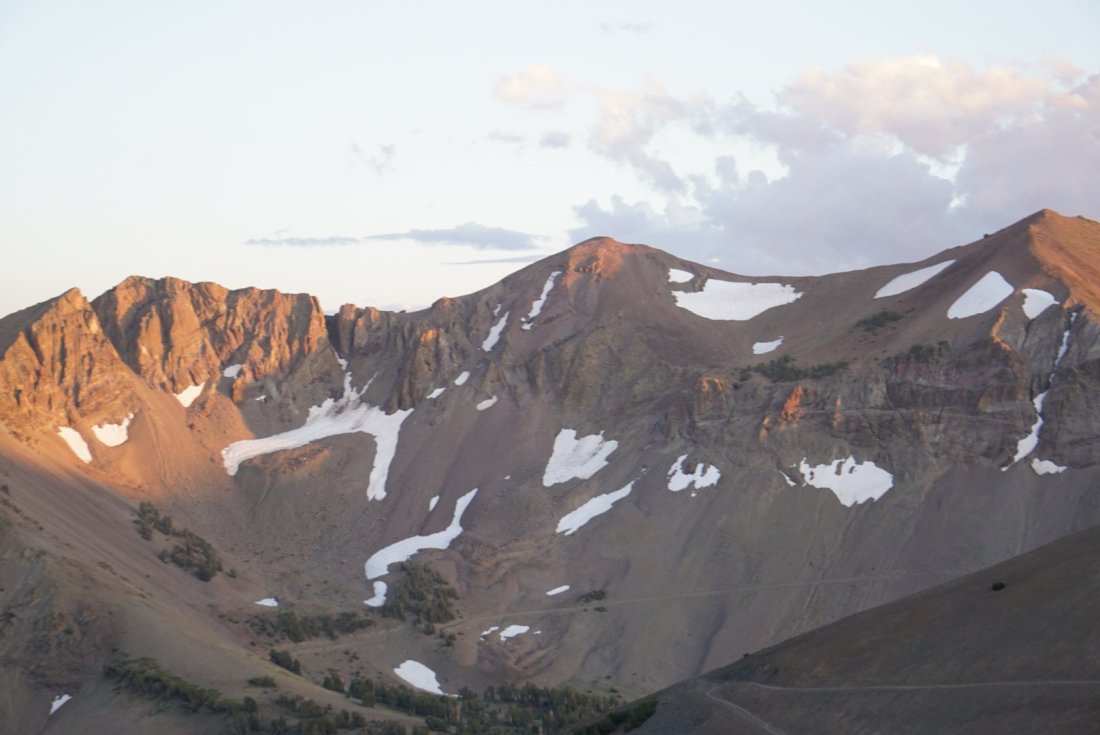 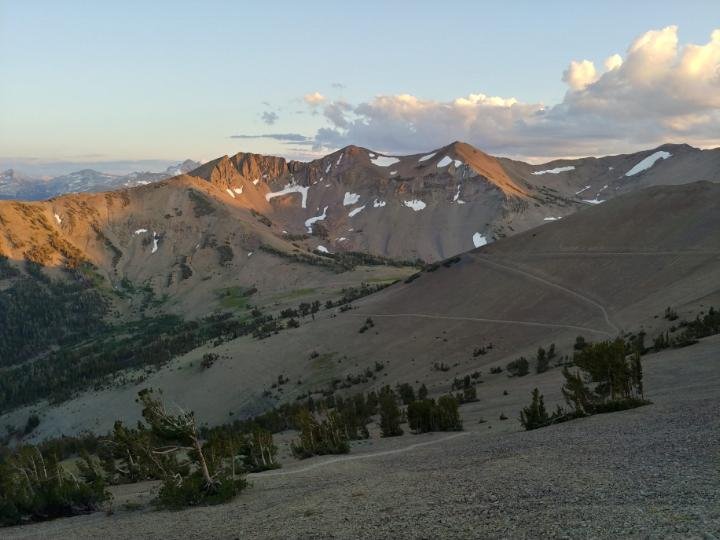 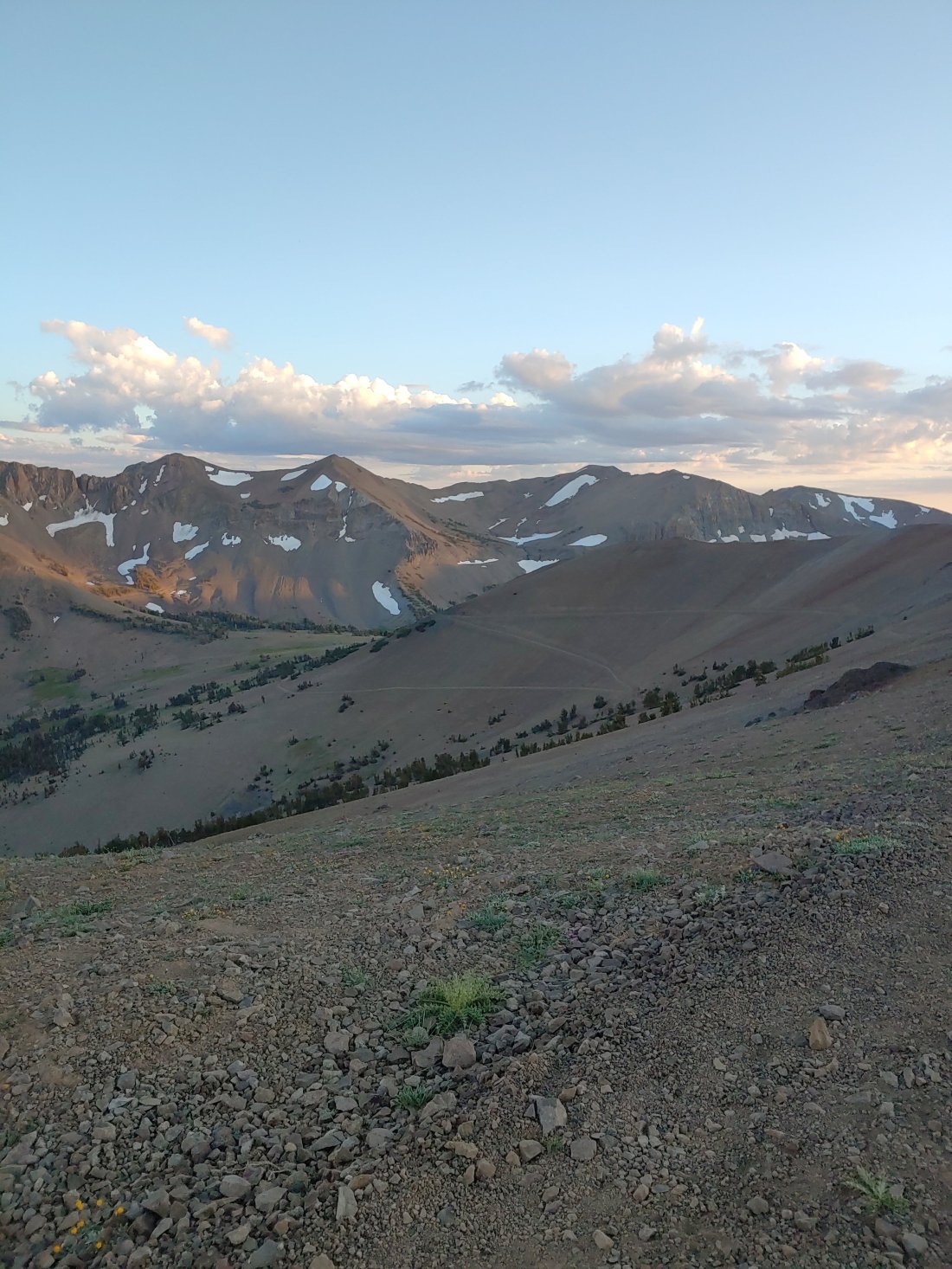 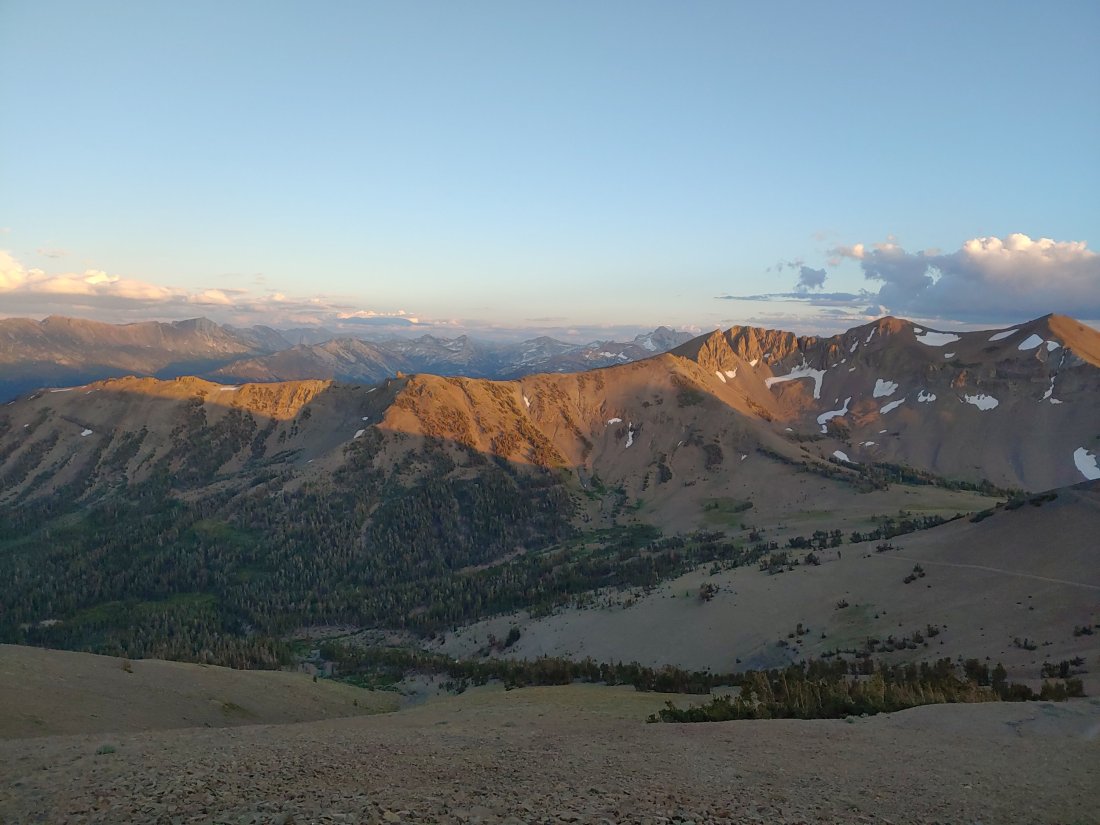 At one point on our way down there was an unmarked junction- we originally took the low road, which we found lead down a ridiculously steep half-ass trail that we weren’t sure was going to connect with where we wanted to be, so we backtracked and took the more gradual path down long, neverending switchbacks. It turned out that the other trail did eventually meet up with our trail, but it was so steep that I’m glad we backtracked.

It was getting pretty dark as we neared our planned tent-site- I was wandering around slowly, looking all over for the site, when I heard someone shout “hey!” from a small grove of trees. It was Tasty!! He had left before us and is ridiculously fast so we weren’t sure we would see him again, so we were psyched! Once our tent was set up, Matt went over to hang out with Tasty while I blew up my sleeping pad, set up my sleeping bag, etc. I couldn’t hear what they were saying, but I absolutely loved hearing them talk- Matt’s friends, if you’re reading this, schedule a bro’s trip asap! I’m not gonna pretend to know what Matt needs, but I’m pretty sure he would appreciate some solid whiskey, cigars, and football.

Once my sleep system was set up I joined the guys for dinner. In conversation we learned that Tasty had hiked with Raven in the desert- we hung out with her in the desert!! It’s crazy that we never ran into Tasty before Washington.
We also talked about the difference between the work mentality in the US vs other countries- Tasty pointed out that it seemed as if most Americans had to quit their jobs in order to take this time off to hike, while a lot of the international hikers were able to take temporary (and sometimes mandated!) leave. He said by South African law he is even accruing paid leave while he hikes, so he is essentially getting paid for part of this time off!! Grrrrrr.
After dinner we all went to bed- Matt and I planned for a 25 mile day tomorrow and Tasty was gonna play it by ear- he would like to go more, but he would also like company- it gets lonely out here!!
Happiness is: a relaxing morning with pancakes. 🙂 And those views…damn!