Tuesday’s Gone, Hopefully With the Wind

On Monday night we had heard rumors of shitty weather coming but we didn’t think anything of it. On Tuesday morning we woke to chilly air and fog and the talk that many people were going to be taking a Zero day to avoid the storm, but the thought never crossed our minds- how bad could a little rain and wind be, right? Well, guys, it was bad…very fuckin bad. (How bad? Still shivering 2 hrs after being rescued from the cold,+ after 2 cups of boiling hot cider + 1 bowl hot mashed potatoes + 1 hot shower and sitting inside in front of a hot fire bad!)

The day didn’t start out terrible- it was a beautiful, mystical hike out of Mt. Laguna- green and foggy and fairytale-like. Although it was chilly with occasional gusts of wind, I figured as we lost elevation throughout the day it would only get better. But guess what, guys? It didn’t. It got colder and wetter and windier- at some points we were walking thru 65mph winds, which was literally blowing Matthew and I around the trail; we had to use our hiking poles to stay grounded! Parts of my pack I didn’t even know existed were whipping me in the face. My hands were so cold they were useless- Matthew had to unbuckle my pack so I could get my gloves. Snot was blowing from my nose. I was chilled to the bones. At times the wind died down a bit, but it was short-lived; anytime we approached a turn I held my breath knowing it could get worse again…and it always got worse again.

We both agreed that maybe we should have taken the day off, but at that point our only option was to hike on to find a place to camp out. At one brutally cold and windy and rainy and particularly miserable part we met Mark(*more on him later*), who offered to share a small piece of land that seemed slightly sheltered from the wind- unfortunately our tent is a mansion so we weren’t going to fit. We left him to seek shelter and we carried on, knowing that there were some sites at mile 55. When we arrived we found that there was no room left for a tent, and later we found out that that site was full by 2pm! We were still at mile 52 at that point…

So, on we walked. We passed a handful of tents pitched in the most random places by people desperately trying to escape the storm. We passed Martin, who tried to help find us a site by him, but it was too boggy and wet to set up a tent. Any other potential site we saw was in the middle of a wind tunnel, which would have made setting up our tent impossible. So still, we walked on.

Finally at mile 59.5, a little before 6pm, we had the option of continuing further on the PCT or taking a cut off to the Sunrise Highway. We chose the highway, thinking we could hitchhike to a hotel. Guess what? No cars. Thankfully we had cell service &amp; I was able to send an SOS out to Deanna’s mom Shirley, who without any hesitation agreed to come get us. (As I was texting Shirley, Deanna had simultaneously texted me telling me not to hesitate to call her mom if needed!) Matt and I huddled in a smelly pit toilet while we waited for Shirley, and, as it turns out, other hikers ended up sleeping in there…we were so damn lucky!! Shirley and her husband Rich have a few houses on their property, so they graciously opened up one of them to Matthew and I. We were able to take warm showers, drink warm beverages, and eventually thaw off!

Happiness is: heart-shaped rocks on a shitty-cold day &amp; having a warm bed to sleep in, thank you Shirley, Rich, and Deanna!! 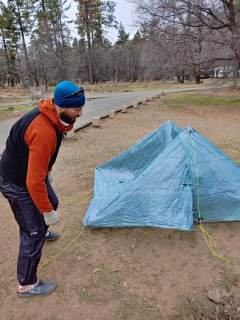 One bottle has water from a spigot, the other has water treated from a creek. We drank both… 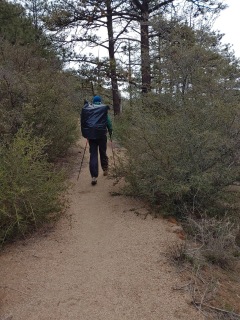 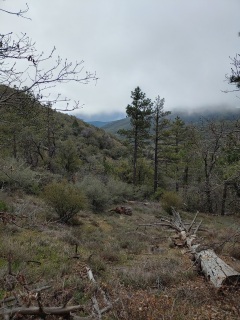 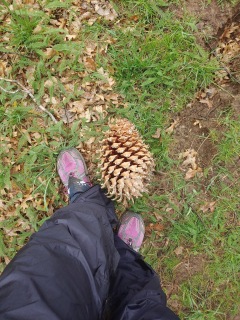 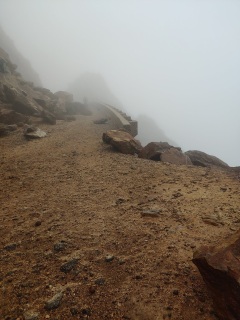 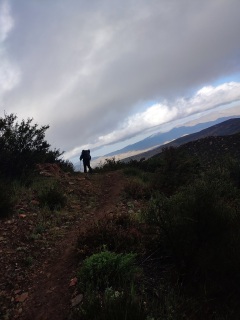 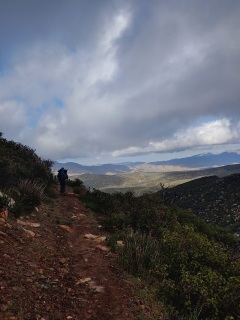 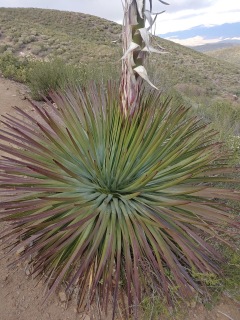 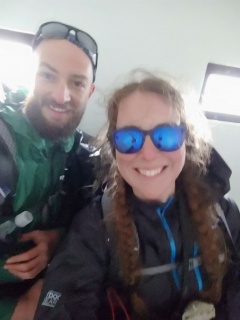 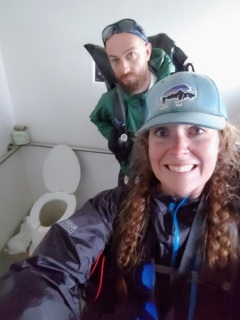