14.7 miles
PCT miles: 862.3
Running total: 965.9
Guess what?!?! More rain!!!!! It started around 0230- I woke up briefly then fell back asleep, waking up moments later when Matt tapped me to shut my tent doors. When we woke up around 630 everything was soaked- we had condensation on our tent that was legit raining on us.

We were SO over it and SO thankful that we were taking the next two days off- our gear needed an ultimate dry session! (And my hair needed a washing- it has been 2 weeks to the day!!)

We HATE starting the day in the rain- it takes all of our willpower to NOT stay in our sleeping bags, and taking down the tent in the rain is just plain shitty!
We finally got going around 0815- we had 15 miles to go to get to Cascade Locks, a big milestone for PCT hikers!! For SoBo hikers, as you cross the Bridge of the Gods and enter Cascade Locks, you have successfully completed Washington!! And for NoBO hikers, Cascade Locks is the gateway too your last state on the PCT!! And for Cheryl Strayed/Reese Witherspoon fans, it’s where she completed her hike! (Fun fact, in about two weeks we will have finished Washington and have hiked over 1100 miles of the PCT- NONE of which Cheryl Strayed had hiked, except for the Bridge of the Gods!!) 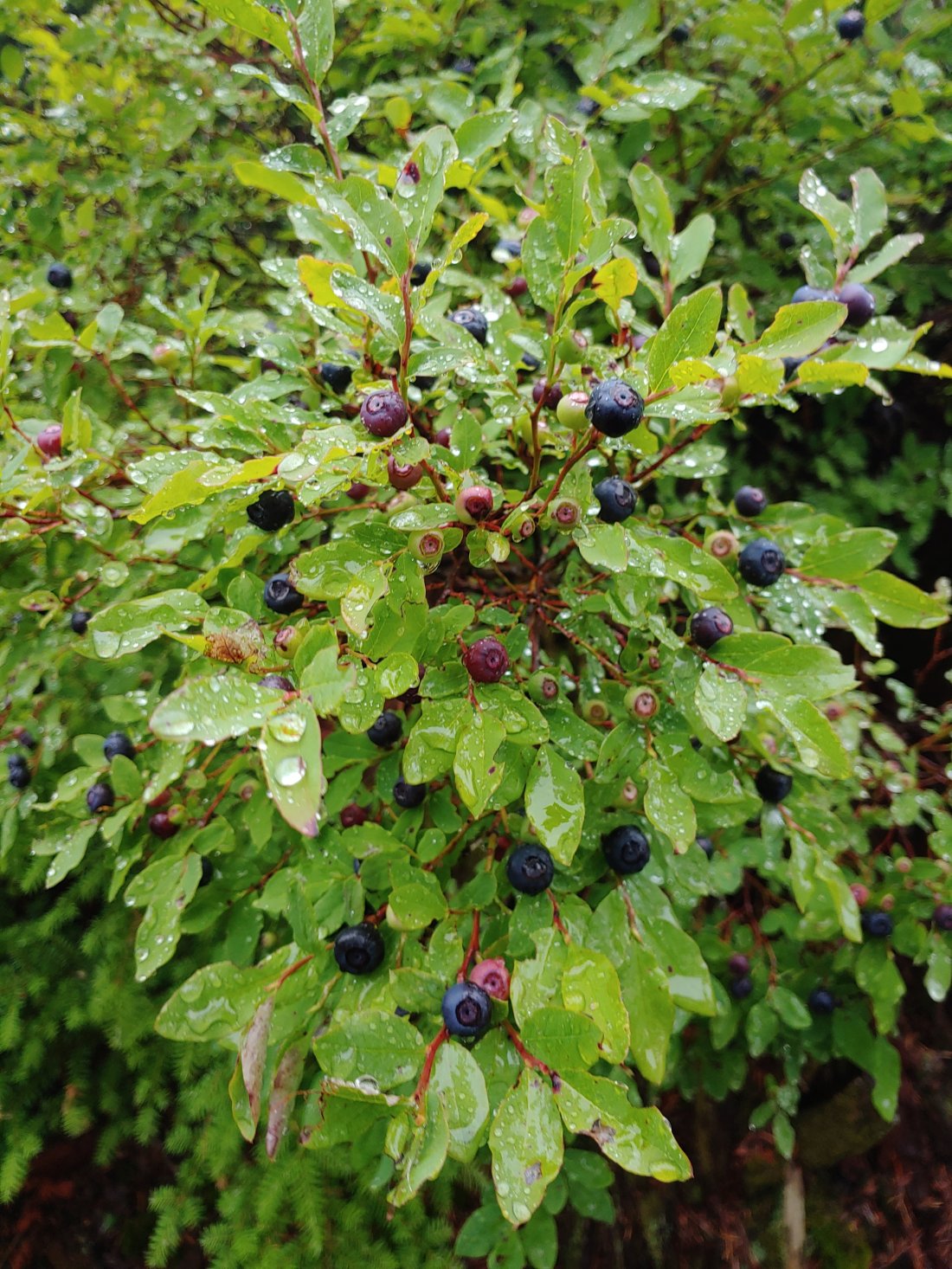 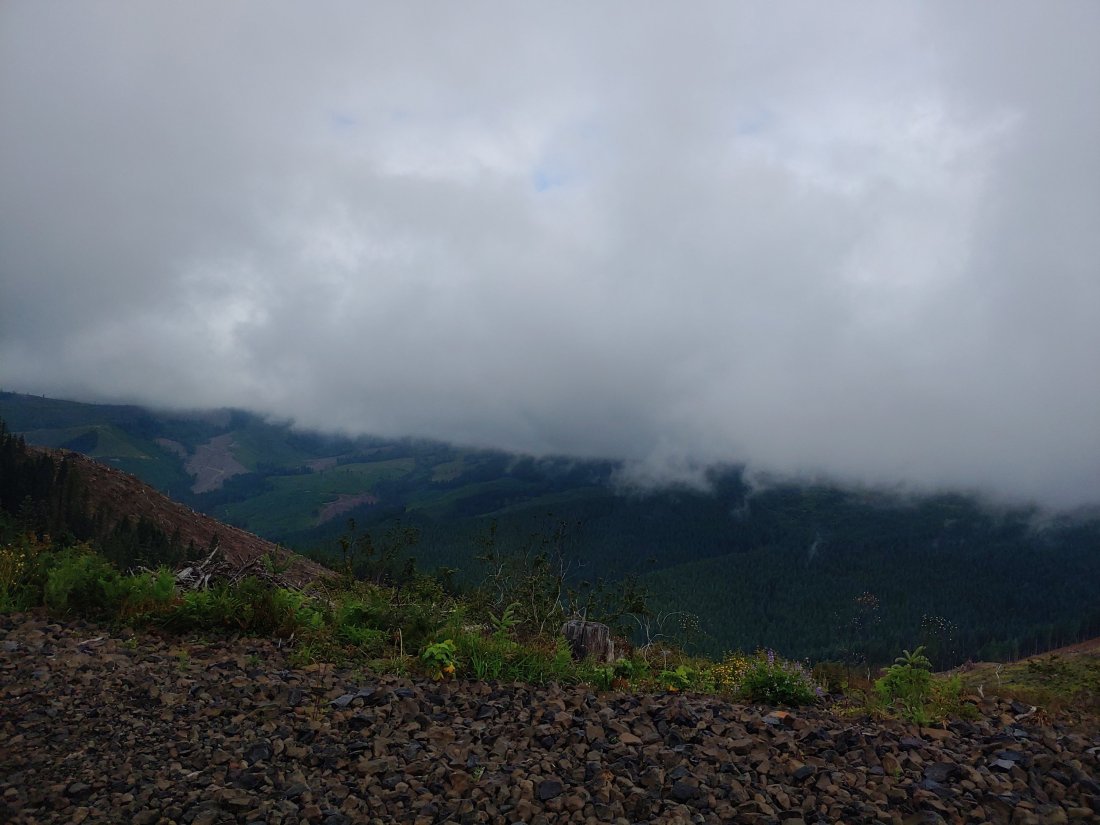 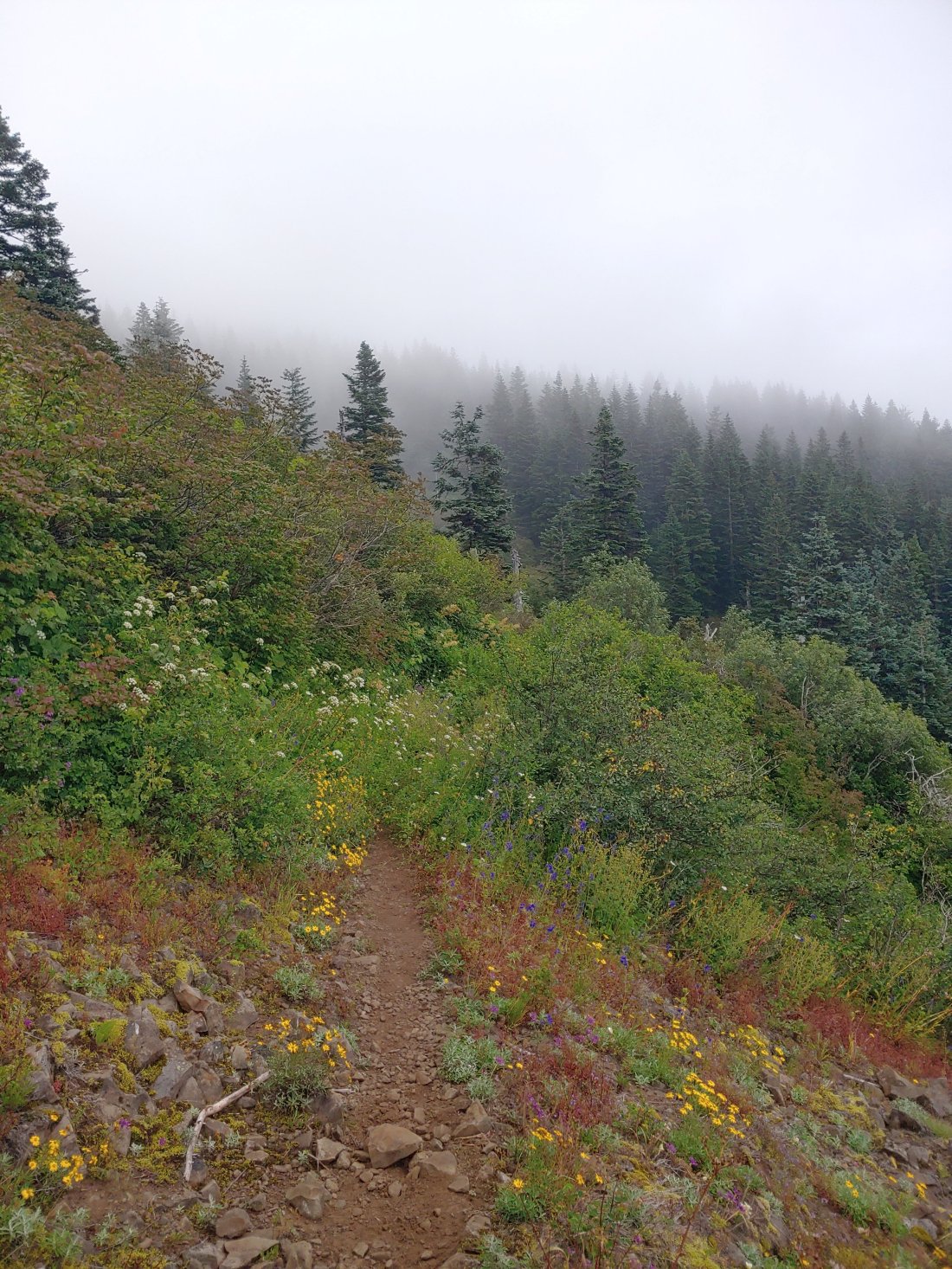 Matt and I were both cranky today- the weather sucked, our shoes were again soaking wet, and the trail was terrible!! If we weren’t bushwacking through overgrown plants and tripping over roots (I swear! I have NO idea what I ever did to them, but I’m convinced that those roots are out to get me!!) we were traversing over annoyingly rocky terrain, one bad step away from either twisting an ankle or tripping and falling down a slope. It was slow going, which was annoying- we just wanted to get to Oregon!!!!! 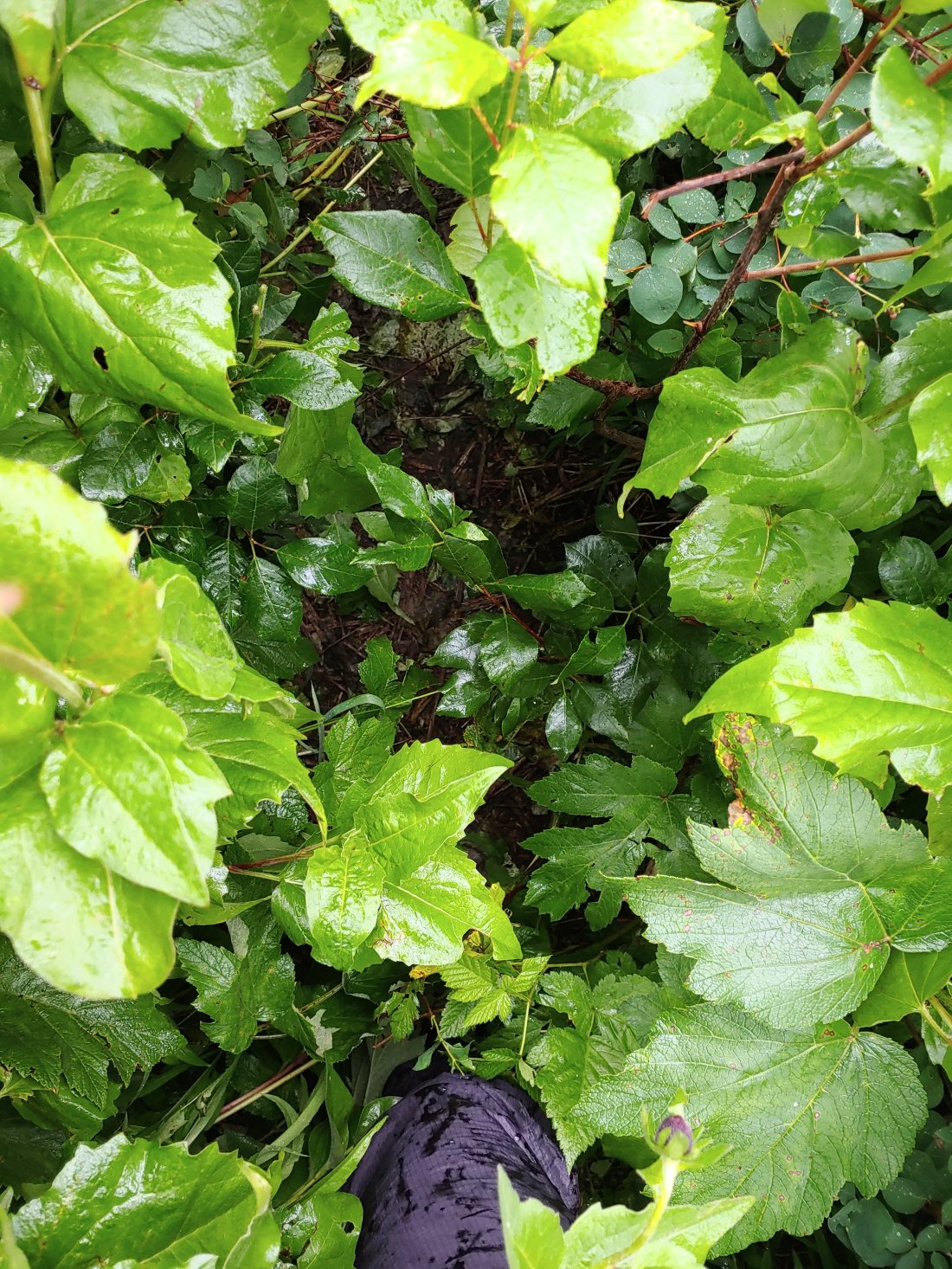 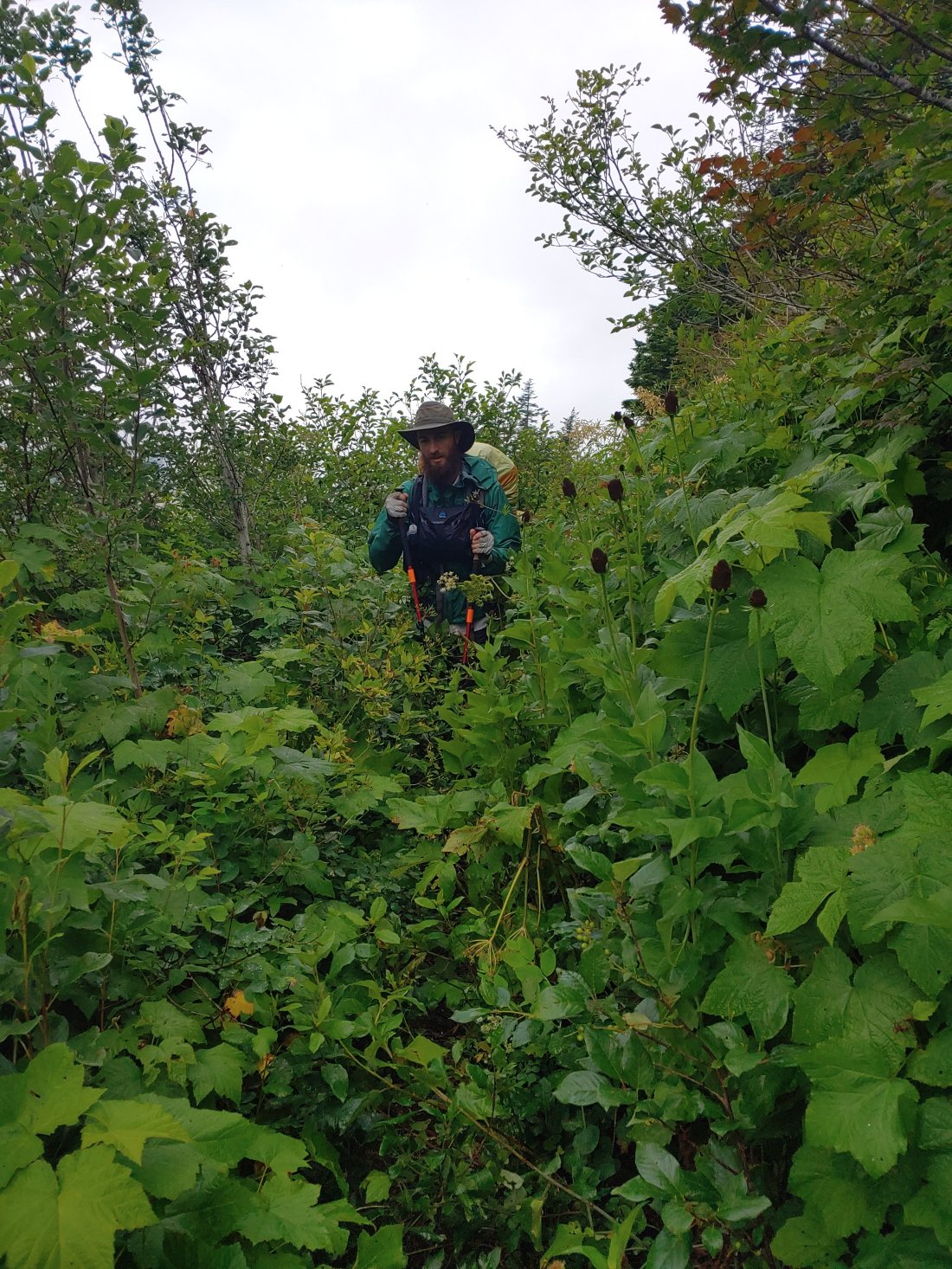 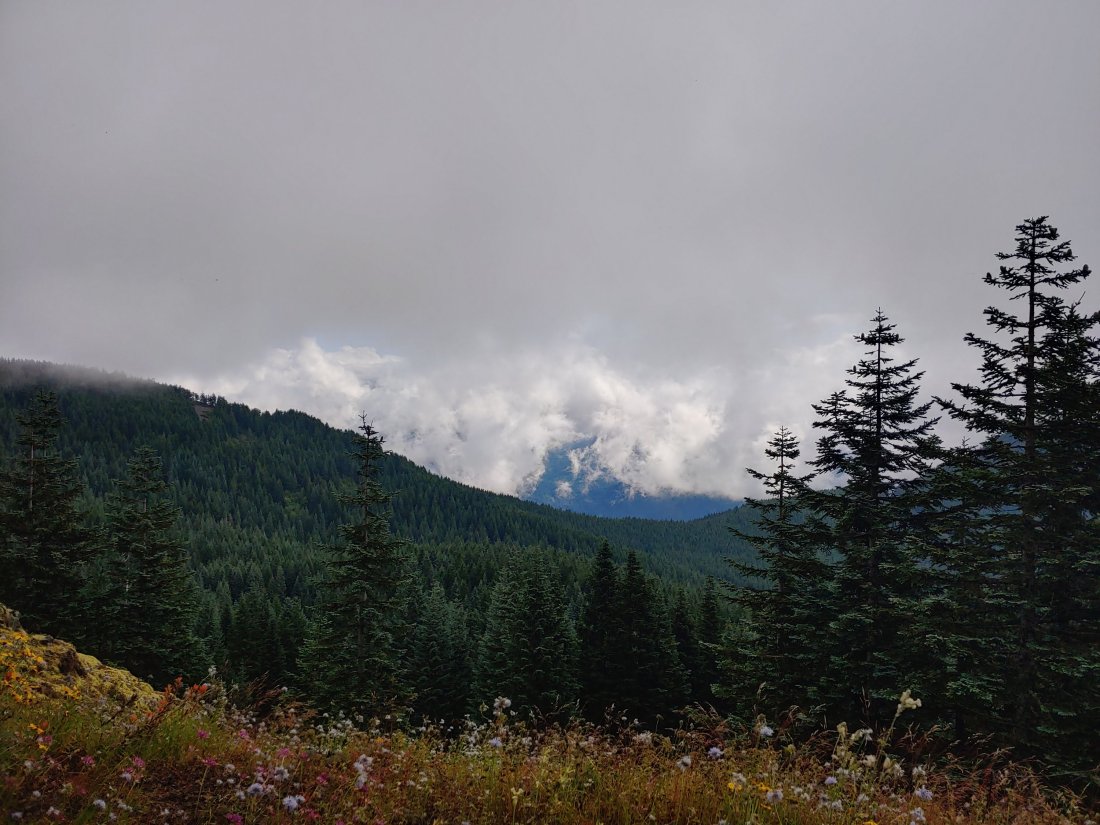 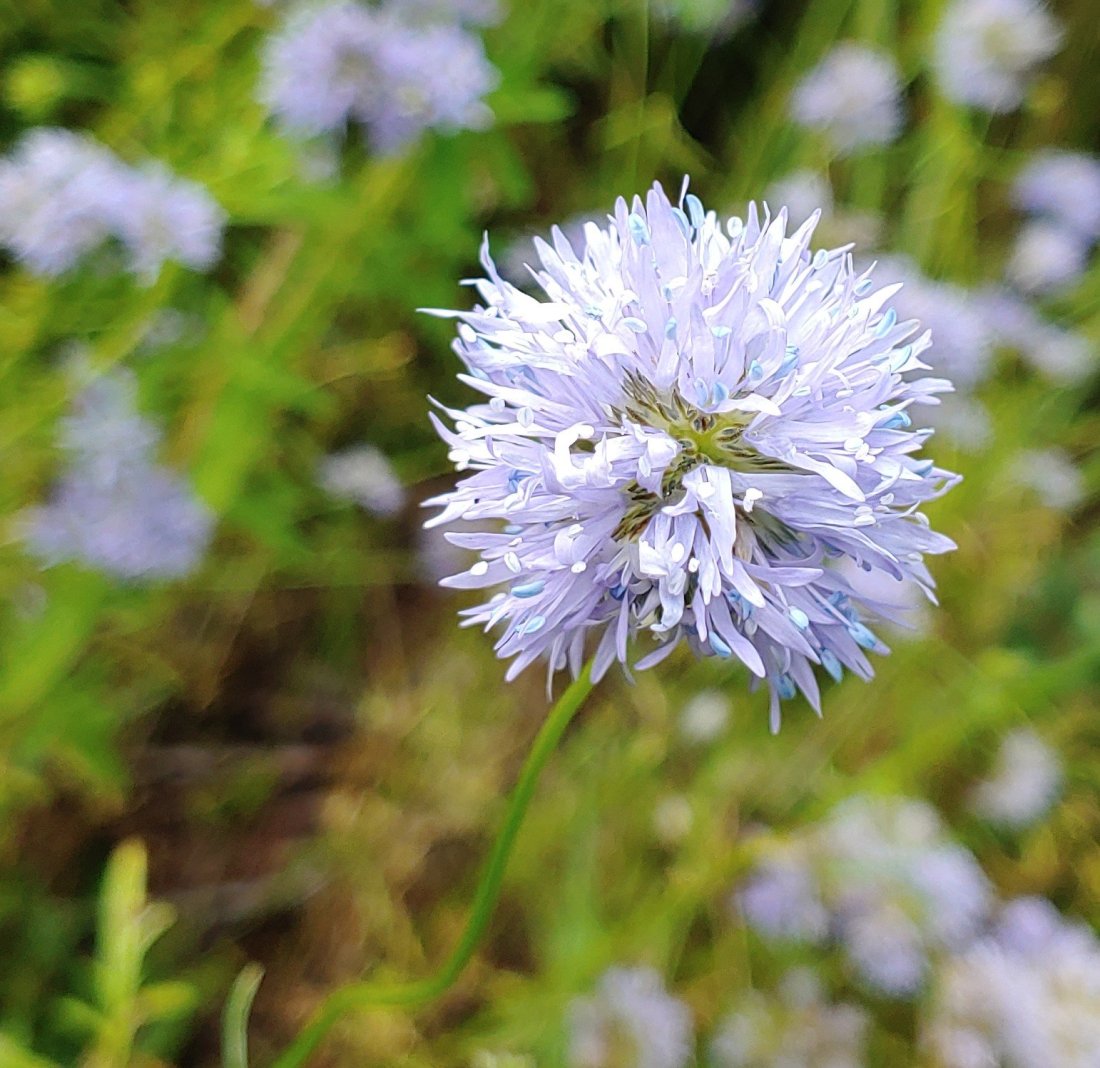 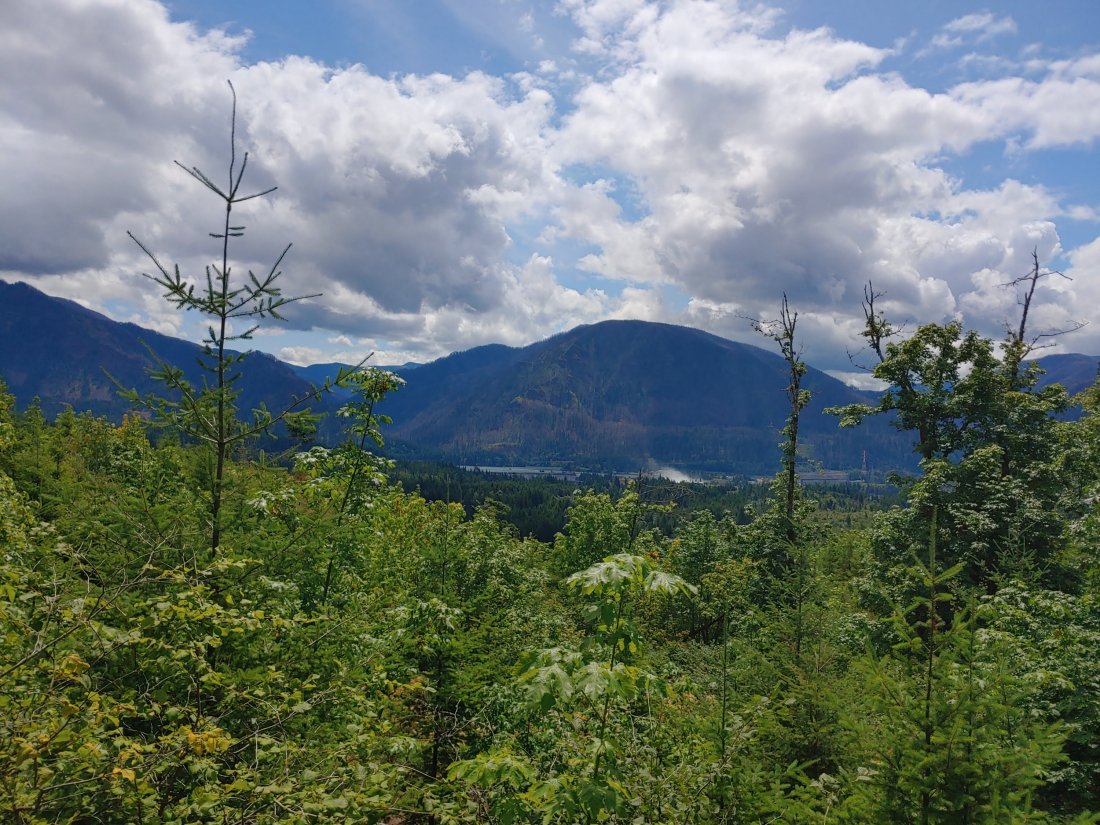 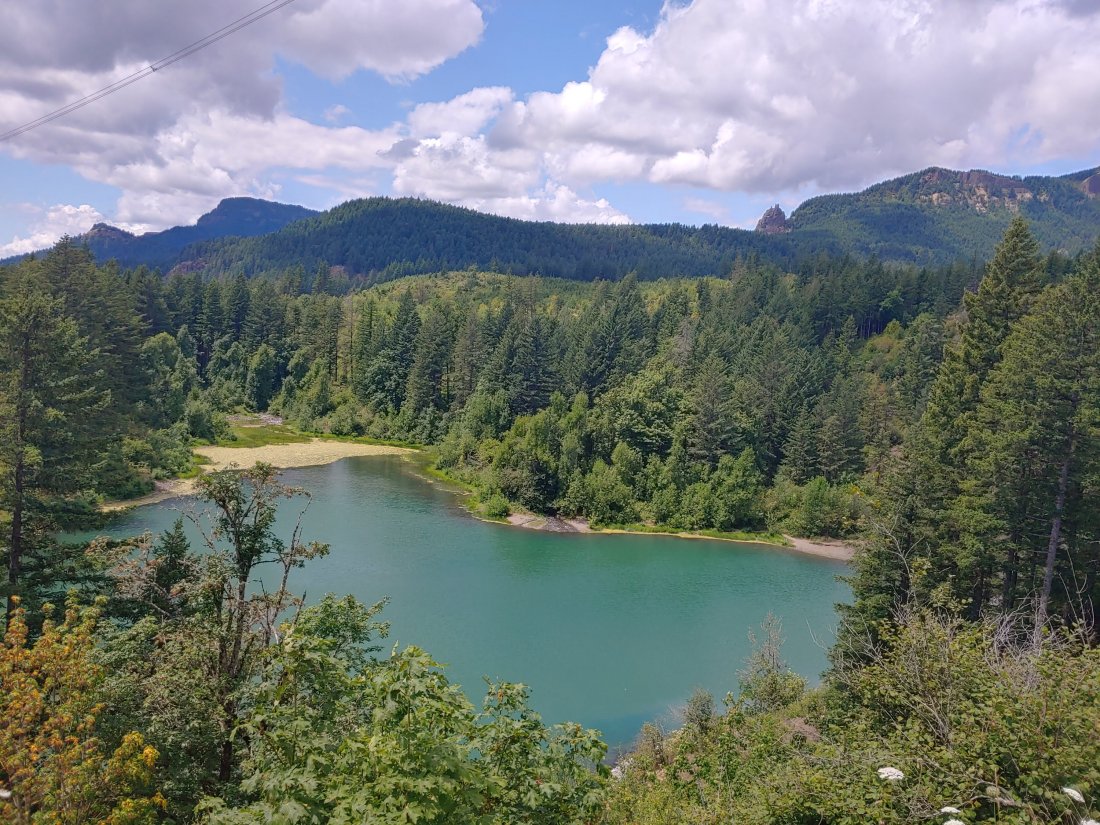 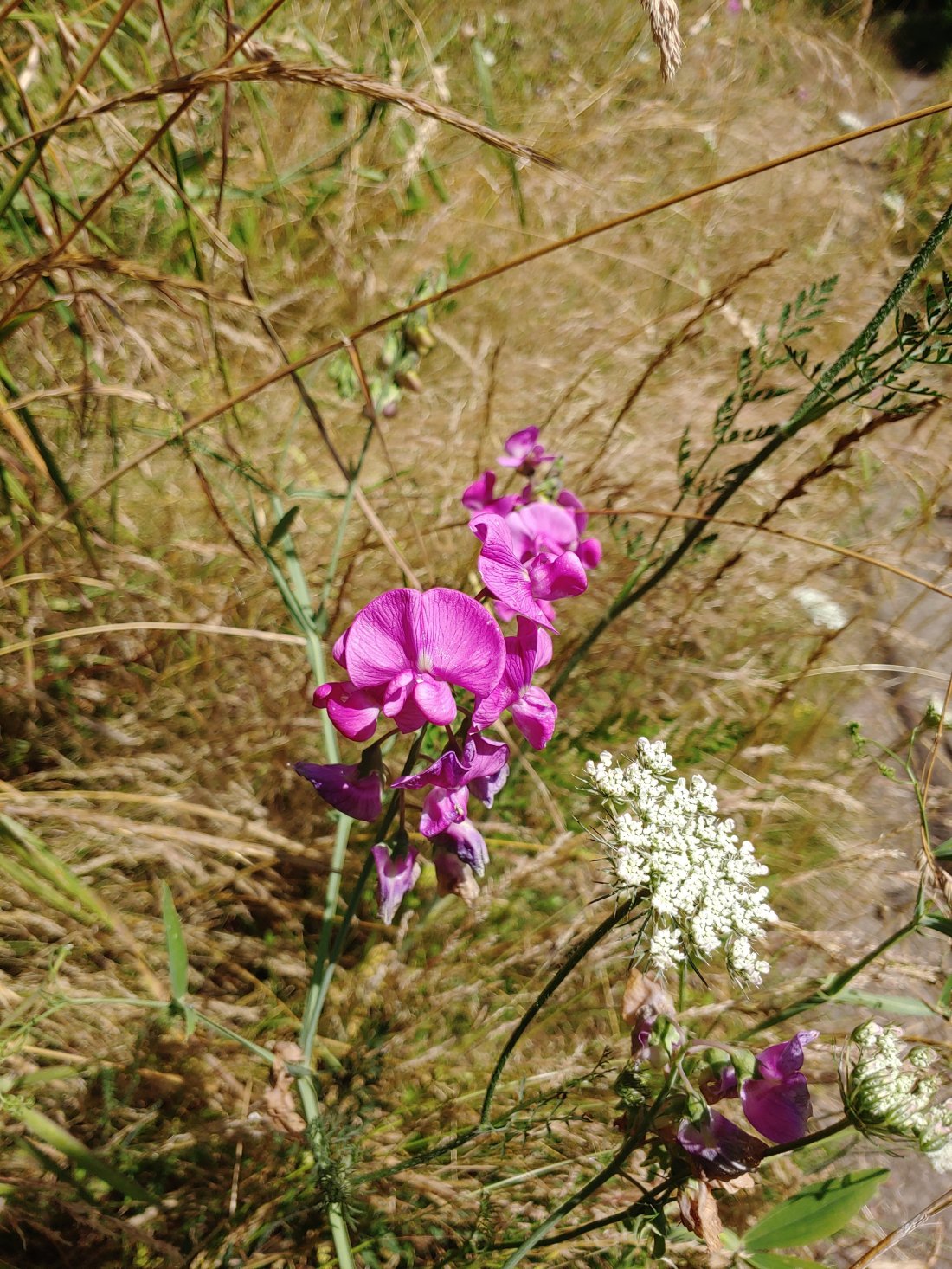 FINALLY, after 6 friggin hours, we made it to the Bridge of the Gods and crossed into Cascade Locks!!! I was actually surprised at how overwhelmingly happy and relieved I was- I could have cried!! I thought it would be bittersweet, like Kennedy Meadows was, since both milestones we hit without realllllly hitting them (86 miles left in the desert, 259 miles left in Washington!) but I felt genuinely accomplished and just overall happy. 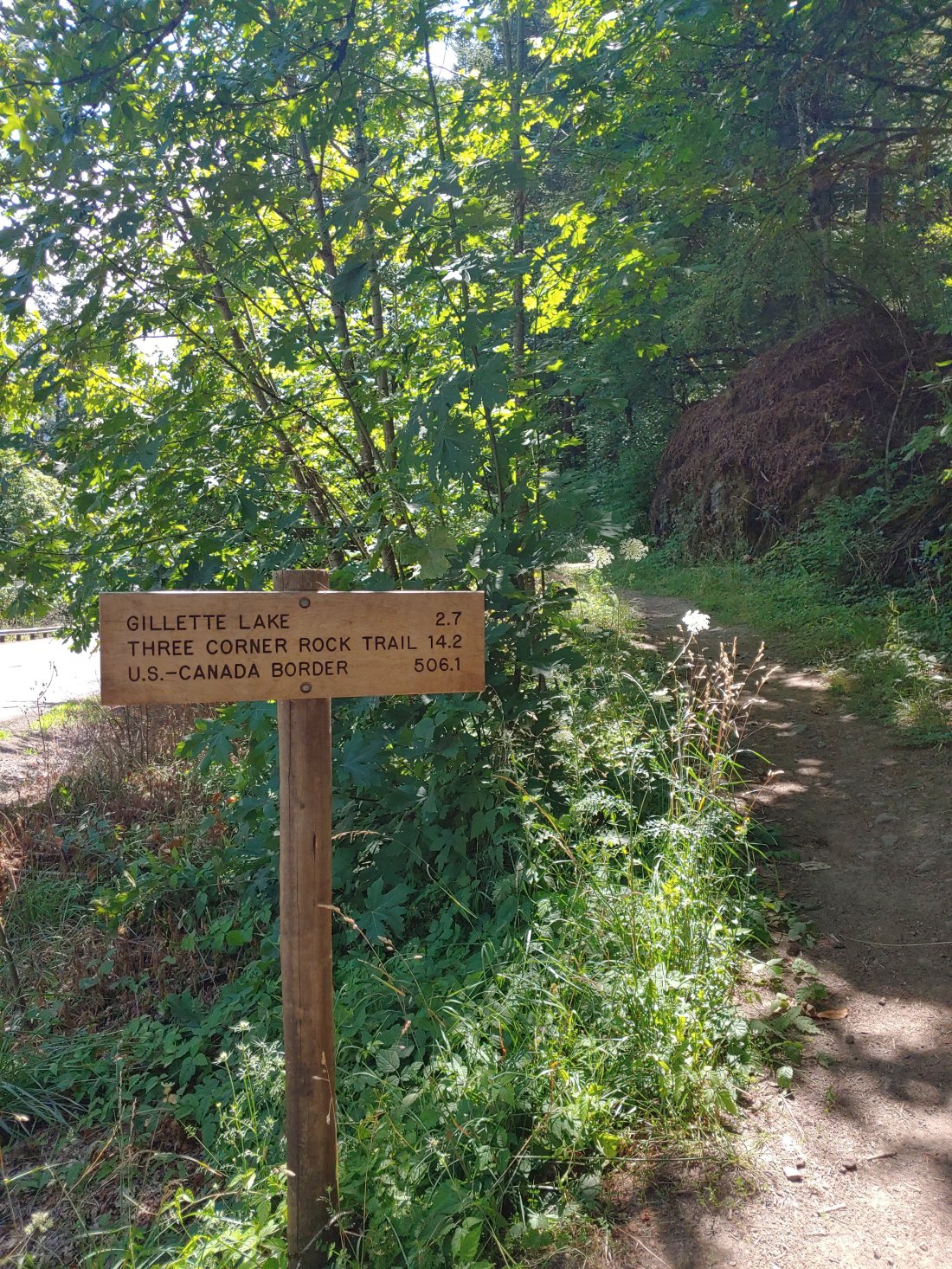 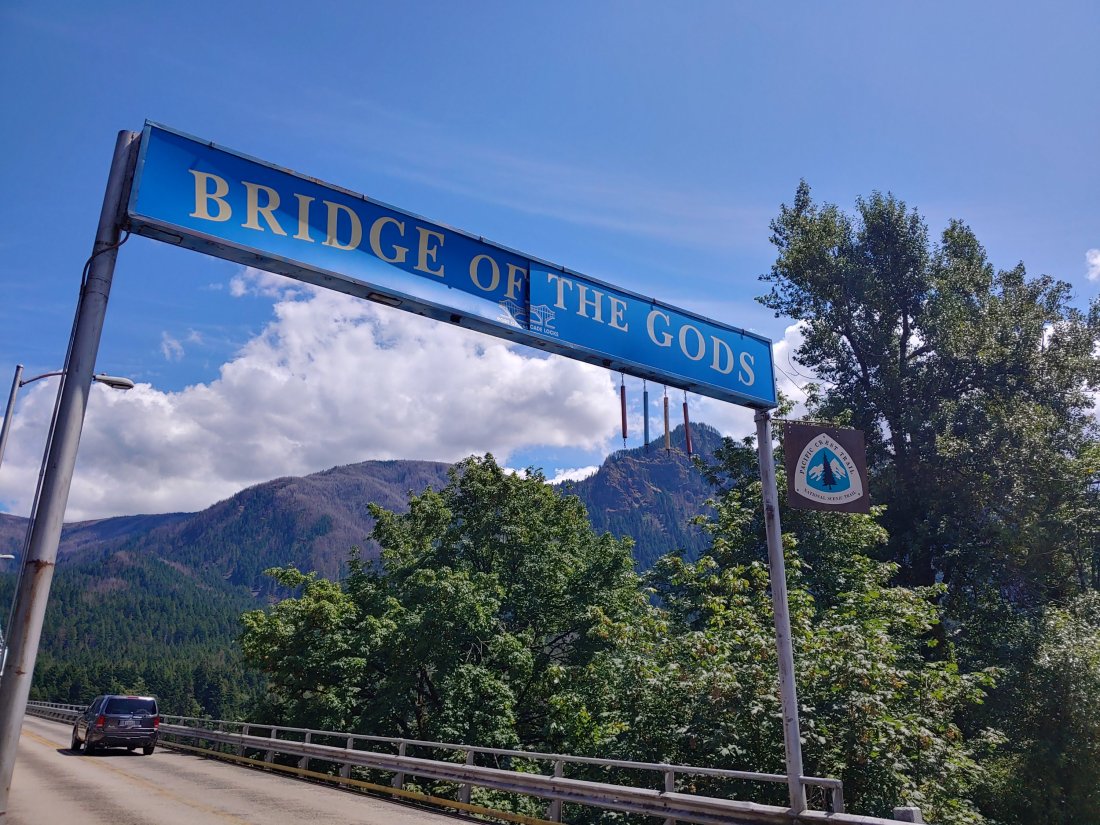 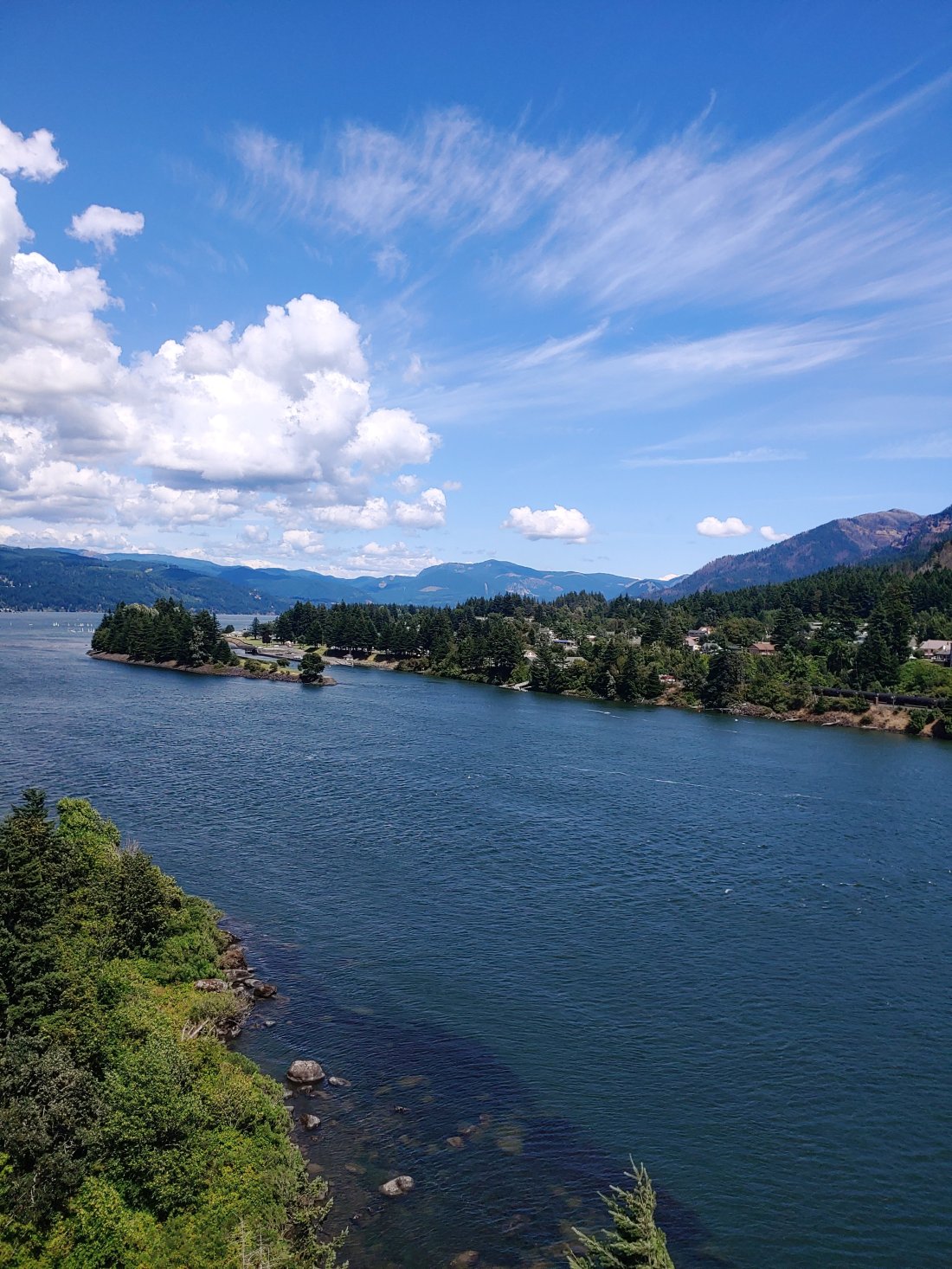 We were super bummed to find that the Cascade Locks Ale House, which offers PCT hikers a free beer AND has a Hiker Trash Burger for Matt{2 burger patties, cheese, and bacon stuffed between two pizza crusts} is closed on Tuesdays, BUT our alternative was even better: we went to Locks of Dogs and Treats for lunch, where they have both meat and vegan hot dog creations and ICE CREAM!! I ate two vegan dogs while Matt ate their picnic hot dog: a hot dog on a bun covered in baked-beans, bacon, and potato salad- it was MASSIVE!! 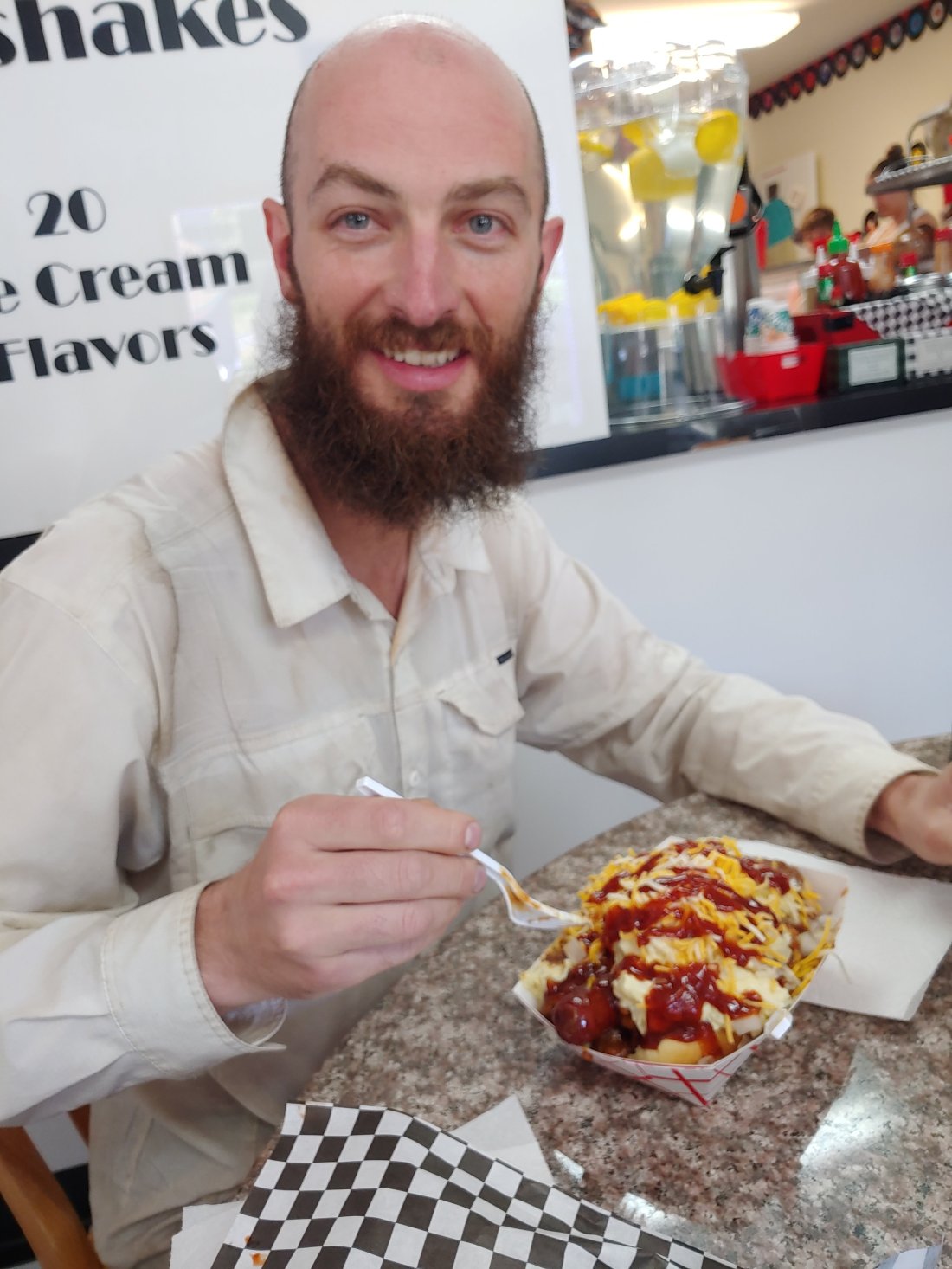 All hikers, from day hikers to thru-hikers, are encouraged to practice the LNT (Leave No Trace) principle, but probably more specific to the thru-hiking community is the lesser talked about (fine, I just made it up…) LNL principle (Leave No Leftovers)- Matt did an incredible job cleaning up his plate!!

After polishing off my dogs, I enjoyed the biggest ice cream cone of my life before we headed over to the Thunder Island Brewery. On the way we passed a PCT monument!! 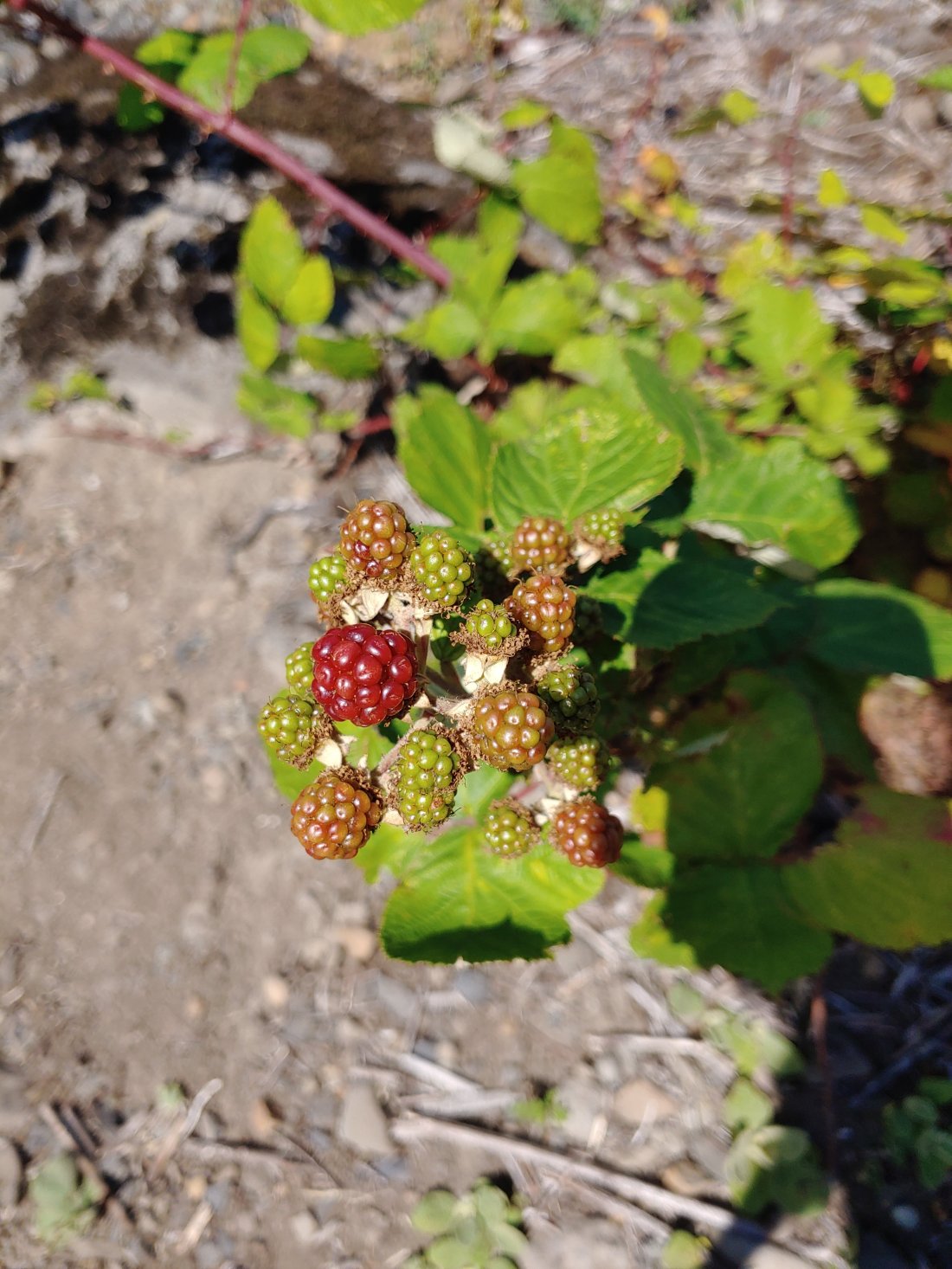 The brewery was super cool- it sat right on the Columbia River and had a solid indoor and outdoor space. Matt and I sat outside while Matt enjoyed the free beer they give thru-hikers! The brewery has a wall dedicated to Trail Magic that encourages their patrons to donate a beer to a thru-hiker!! 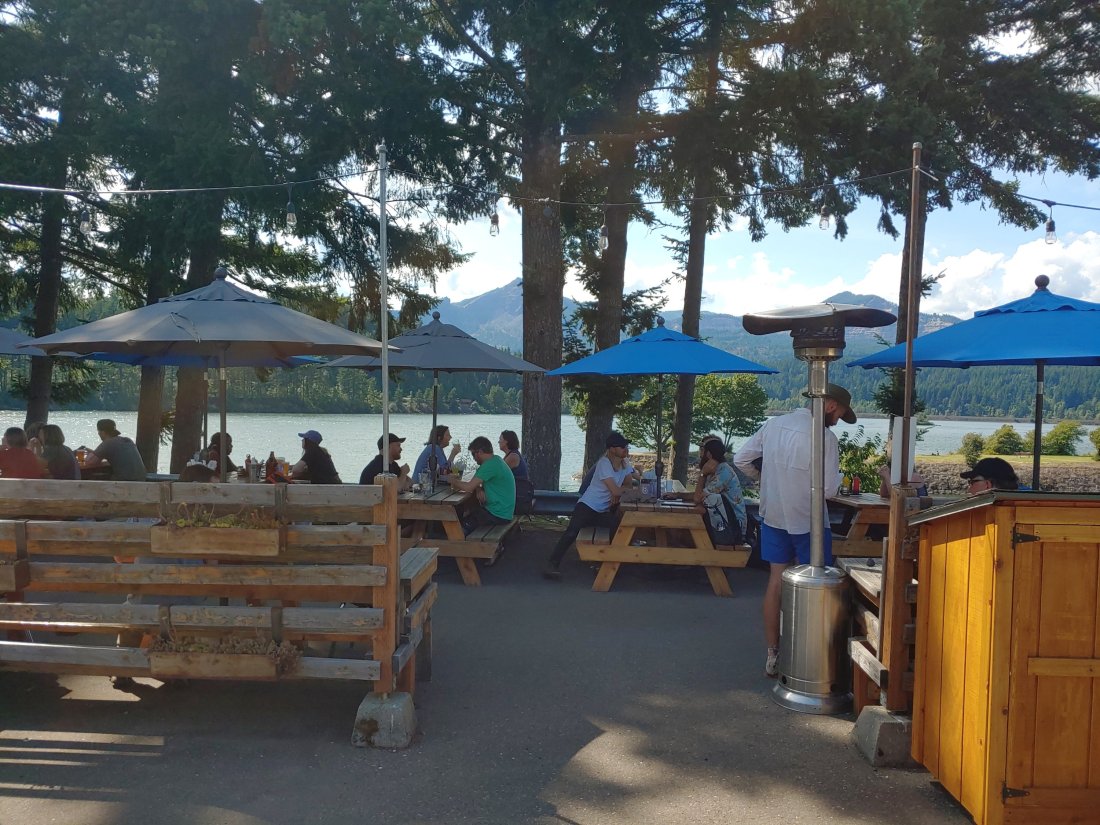 Outside we met Ryan and Josh, two super cool dudes from Portland who were in Cascade Locks for a day hike. Ryan is super outdoorsy (according to Josh!) and was just explaining the idea of trail magic to Josh when Matt and I showed up. They were totally psyched to meet “two real PCT hikers!!” – Josh added me to his insta-story and they invited us to sit down with them.

They were so excited to buy us (/Matt) a beer and when they heard we were planning on taking the bus to Portland (tickets I had already purchased) they refused to let us take public transportation and insisted on driving us!!!! We were happy to let them extend some amazing trail magic to us 🙂

We hung out at the brewery a little bit longer before the drive home. We had a mini dance party (vacation’s all I ever wanted!!) and goggled over the views that I decided were a lot more enjoyable from the backseat of a BMW than from wet, buggy nature (kidding, but still!)

The guys dropped us off at my aunt’s house, where we waited for her return from work.

When my aunt arrived, hugs were delayed until we rinsed off our gear (is that poison ivy we traipsed through?) and took the most amazing showers of our lives.

My aunt prepared chicken for herself and Matt, a veggie burger for me, a dark green leafy salad (something we really lack on trail!), and sweet potatoes. Mmmmm! After so much trail garbage and restaurant meals, the home-cooked meal was clutch!
For as shitty as our morning was, the afternoon and evening was just what we needed! Matt and I were beat, so went to bed a little past hiker midnight.