Zero day….
Off trail miles: 2.8
Running total: 692.3
We had planned to take today off to figure out our health and GPS issues, so last night we had booked a hotel in Ridgecrest. (Yes, guys, another friggin hotel! We could have asked to stay at a trail angel’s house for free, but we have been asking for so many favors lately that we decided against it. We also like our privacy…and being antisocial.)
Amy had told me that I could fill her car with 2-3 more hikers, which I was able to do without trying!! Before leaving the General Store yesterday we ran into Cricket and Roadrunner who had asked if I still had Amy’s number- they were looking for a ride to Ridgecrest so they could flip up to Seattle- done! Then, upon arriving to Grumpy Bears, Pantry introduced us to a man, Birdfood, who had to leave trail due to foot problems. I added him to our carpool and we were full!
Matt and I woke up around 6am to pack, and we were ready to go moments before 7am when Amy pulled up. We loaded her car with our packs, drove down to the General Store to load Cricket and Roadrunner, and then we were off. 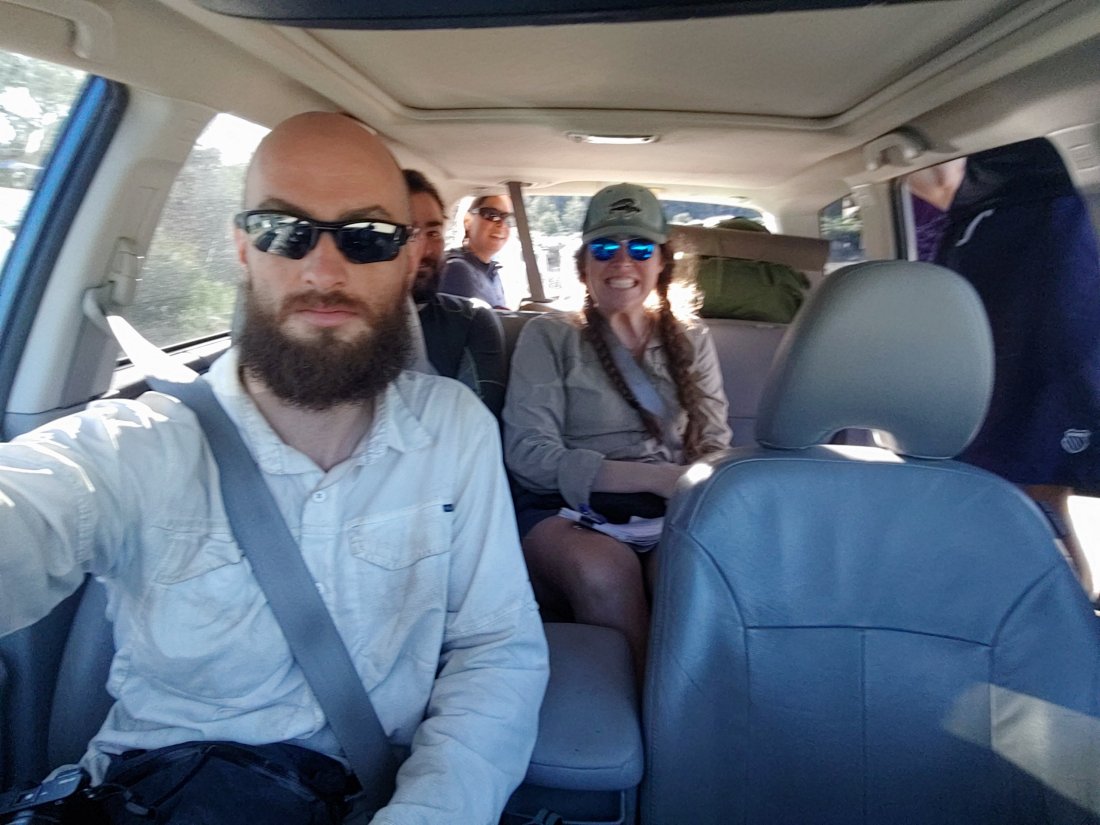 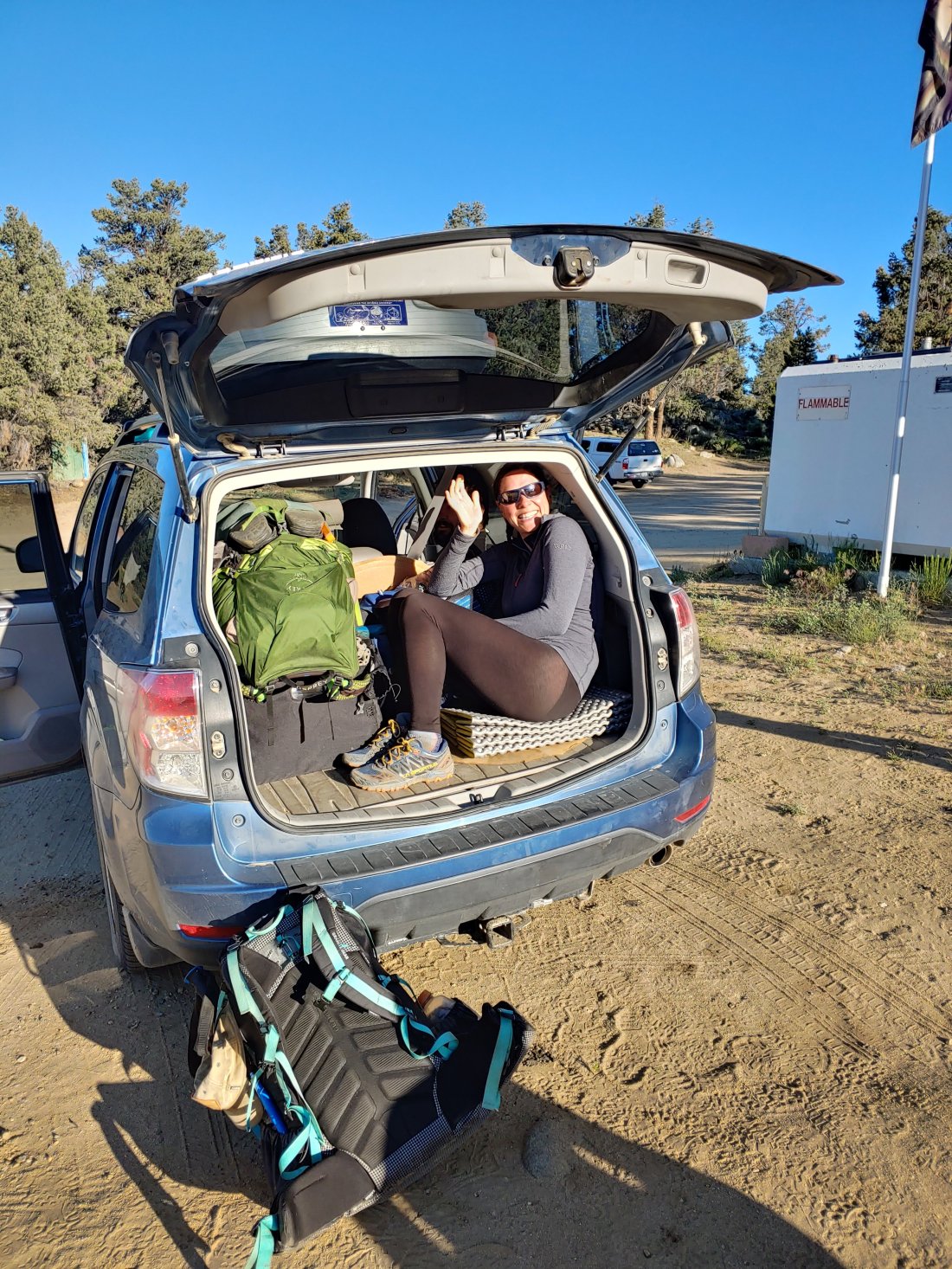 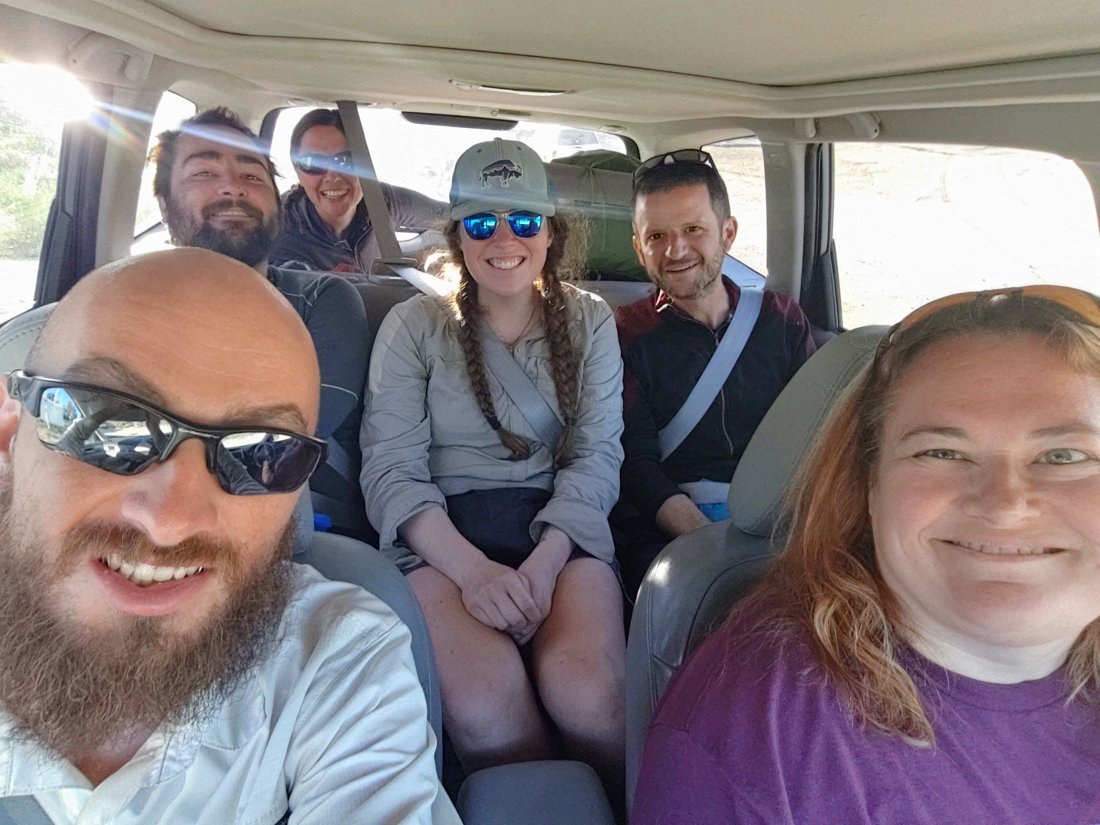 Amy dropped us off at our hotel, which surprisingly had a room ready for us at 8:45am! We showered, did a load of laundry, and just relaxed.

Eventually we mustered up enough energy and courage to face the sun and 100° temps and walked the 1.4 miles to the library. There Matthew tried to troubleshoot our GPS Garmin, but it didn’t work. He called the company and was told that even rush ordering it would take a few days, so our decision was made for us: this was no longer a “zero” day, it was Day 19 Off Trail. 😦 😦 😦

So, where does that leave us?? 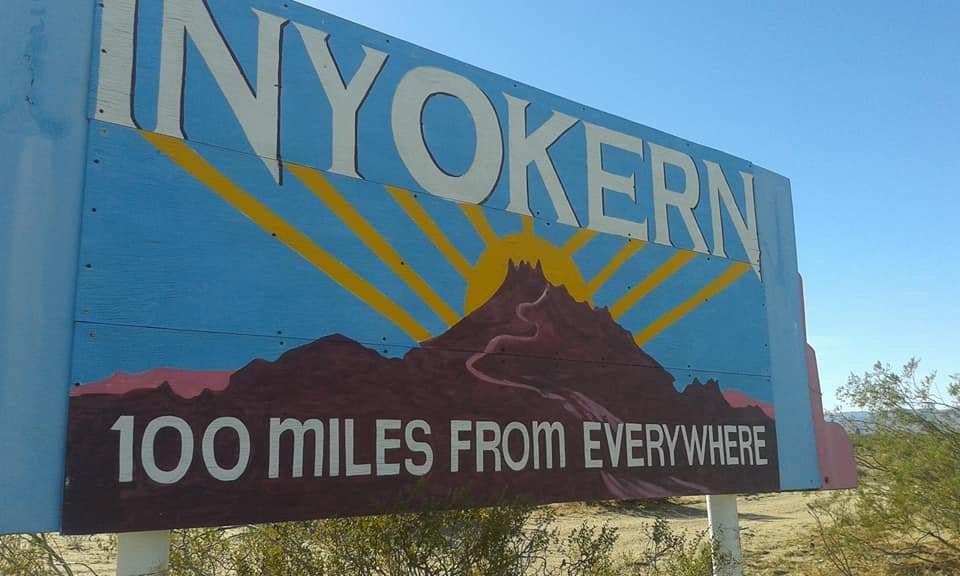 What to do for the next 7 days before the wires come out?!