Nobody wanted to be the first one to wake today. We each took turns raising our heads to peek out of our tents to make sure everyone else was still sleeping, then quickly closing our eyes again before somebody else woke up…

I forget who is to blame, but somebody finally took responsibility to get us up and moving. We packed and complained about the weather report: more rain tonight! Good Lord!!!!

In planning for our day today we realized there were two options: either continue on the road about 2 miles to where it rejoins the PCT at mile 398 OR follow the official PCT closure alternative along the Buckhart trail to where it joins the PCT at mile 394. Our trail fam was torn, so we ended up splitting up- Big Mama, Arc, and Woodpecker all preferred the road walk, while Yaara, She-Wee, Matt, and I opted for the trail walk. We all agreed on one thing, though: no marathon today! …except even as we started our day incredibly late at 0930 Matthew kept telling me, “you know it’s still a possibility…the marathon…it will be good to aim for it.” Hell no, Matthew!
We said our goodbyes to the other half of the fam, not knowing where and when we would see them again- maybe a few days down the road at Hiker Heaven? Maybe before? Since the road walk cut off a few miles, they were expecting to camp at the firehouse at mile 418 (where I read you can get pizza delivered to!!) and we were thinking of camping around mile 411-412…
We set off on the Buckhart trail, enjoying the trees and a flowing creek. 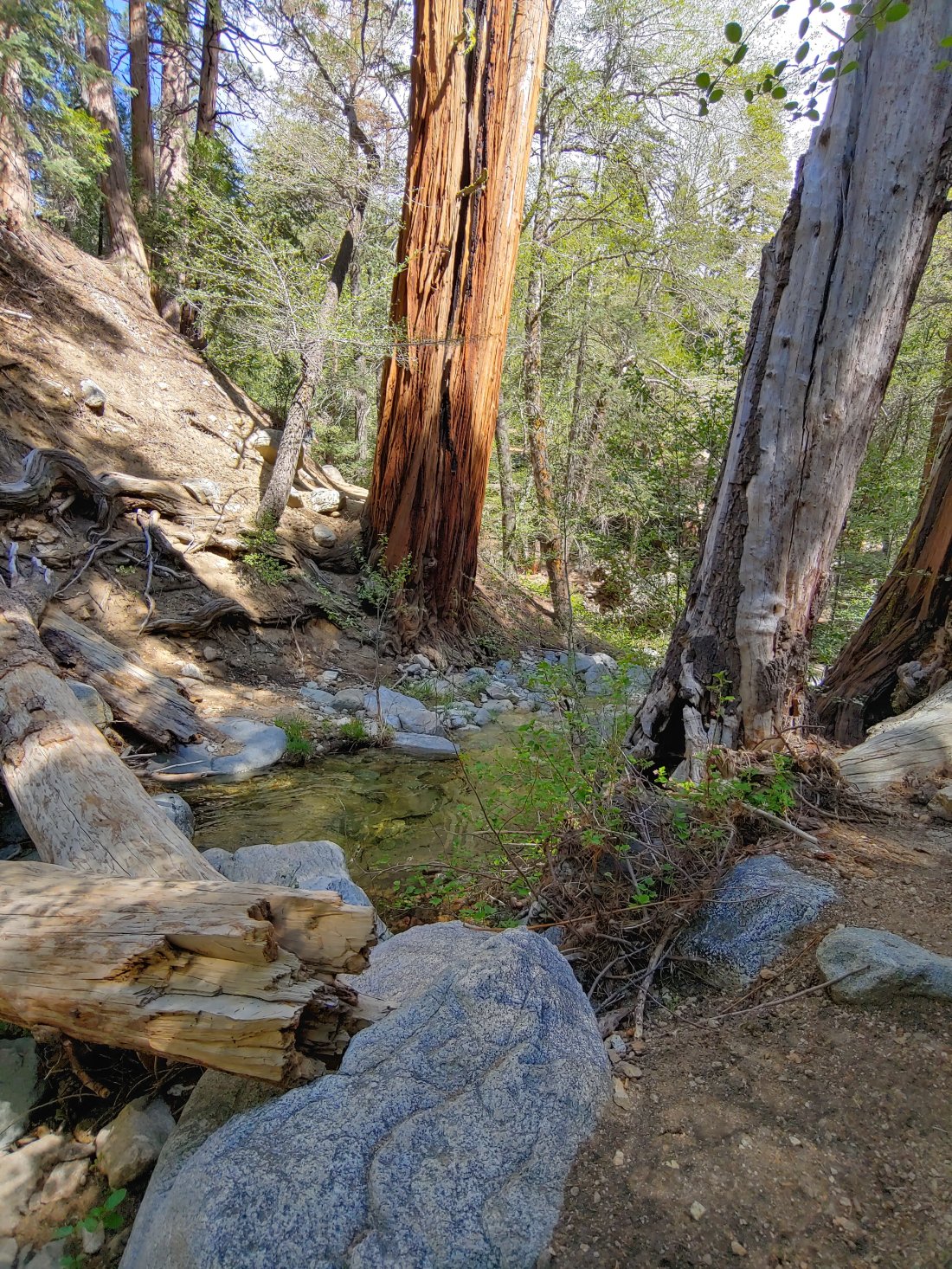 As soon as we rejoined the PCT, the terrain became super steep. We huffed and puffed up to mile 398, where we sat and had a quick snack. Matthew continued to try and plant the marathon-day seed, and She-Wee and Yaara didn’t completely dismiss him!

We ended up running into Kez and Watercolor just past mile 400(oh! we hit 400 miles!!) and when I asked if they did the trail or the road-walk Kez replied, “we aren’t stupid! We took the road!” …yeah, that steep climb kicked my booty! Maybe the others were onto something there… I kept thinking of it as a game of shoots and ladders- they all landed on a ladder and got to skip ahead, while I was left to struggle 😉 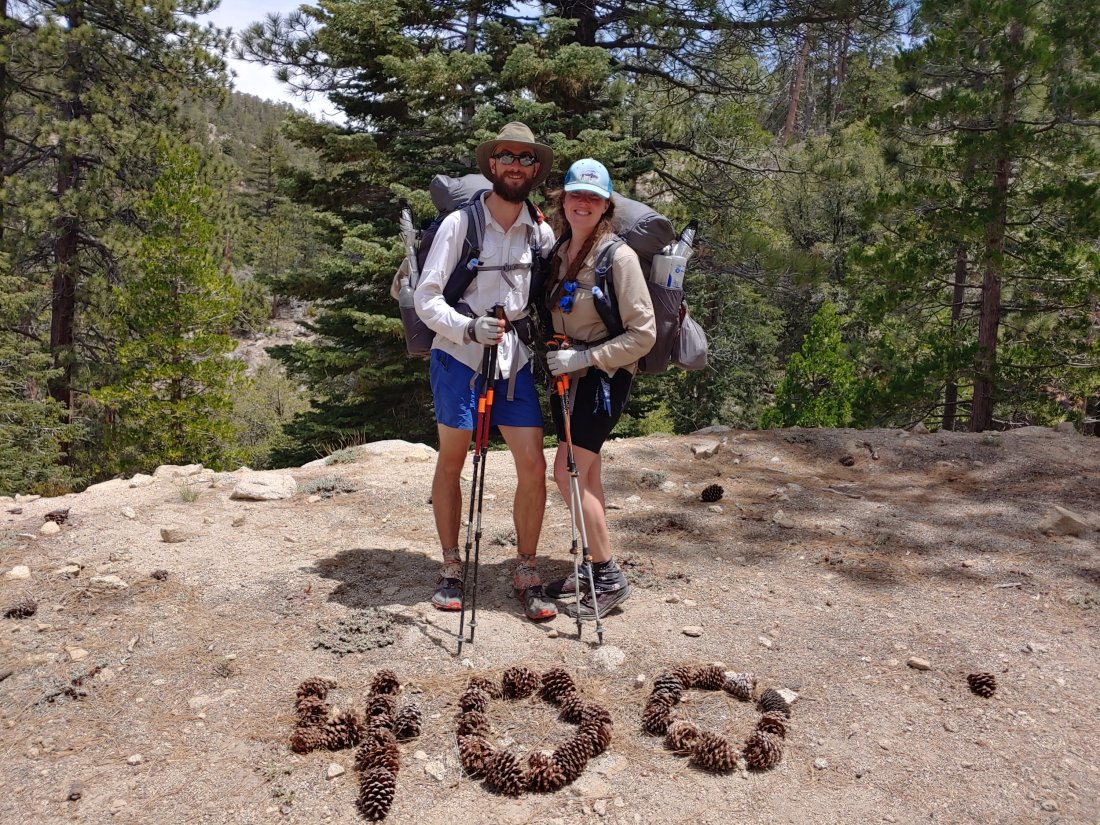 Our plan was to meet up again at the water source at mile 407 to determine our next move- this was not only the last water source before starting a climb of over 1000 feet, but also the last place to camp before starting the climb. We knew a storm was rolling in and had no desire to try to set up a tent and camp on a windy, stormy mountain ridge, so we had to decide to either set up camp BEFORE the climb or after the descent, which was about 12 miles from the water; going beyond the water was our point of no return. 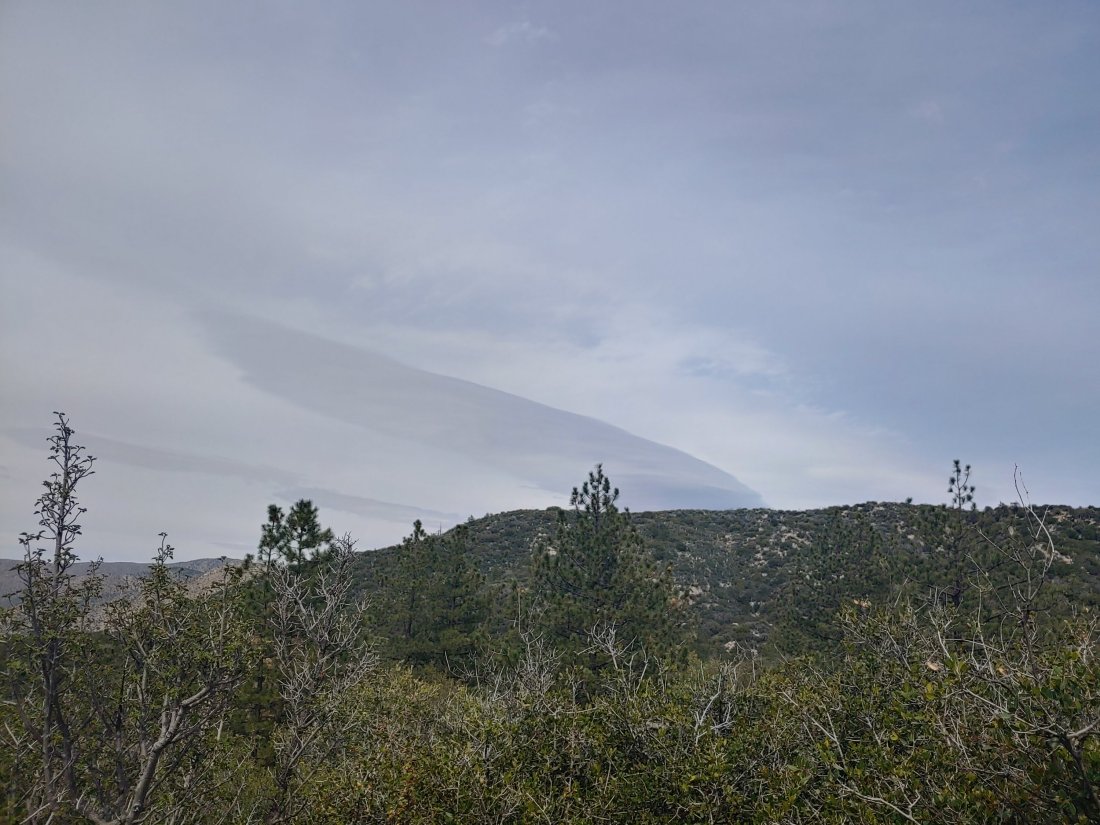 Around 3:45 pm the four of us gathered with a handful of other hikers at the water source. A prophet suddenly descended from the mountain top (fine, he was a trail runner…) and gave us a quick weather update- snow above 7000 feet, rain below. (The peak was just under 7000…) He warned us against camping on the mountain, so if we wanted to be safe we had either best set up camp there OR get our butts moving to the other side of the mountain. He was literally like, “what are you all waiting for?!?” 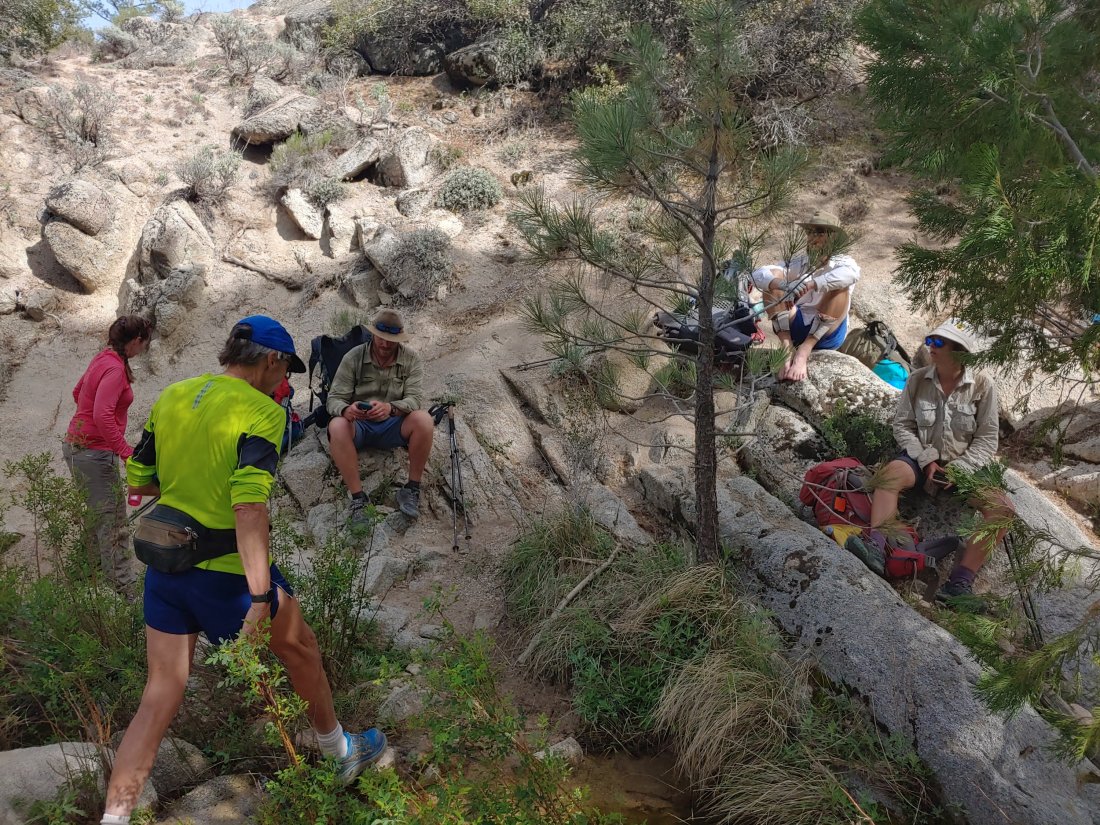 None of us wanted to call it quits this early and get caught in a storm on THIS side of the mountain, especially since rain was expected the next day!, so we decided to push on over the mountain- 12 miles to go, starting at 4pm. 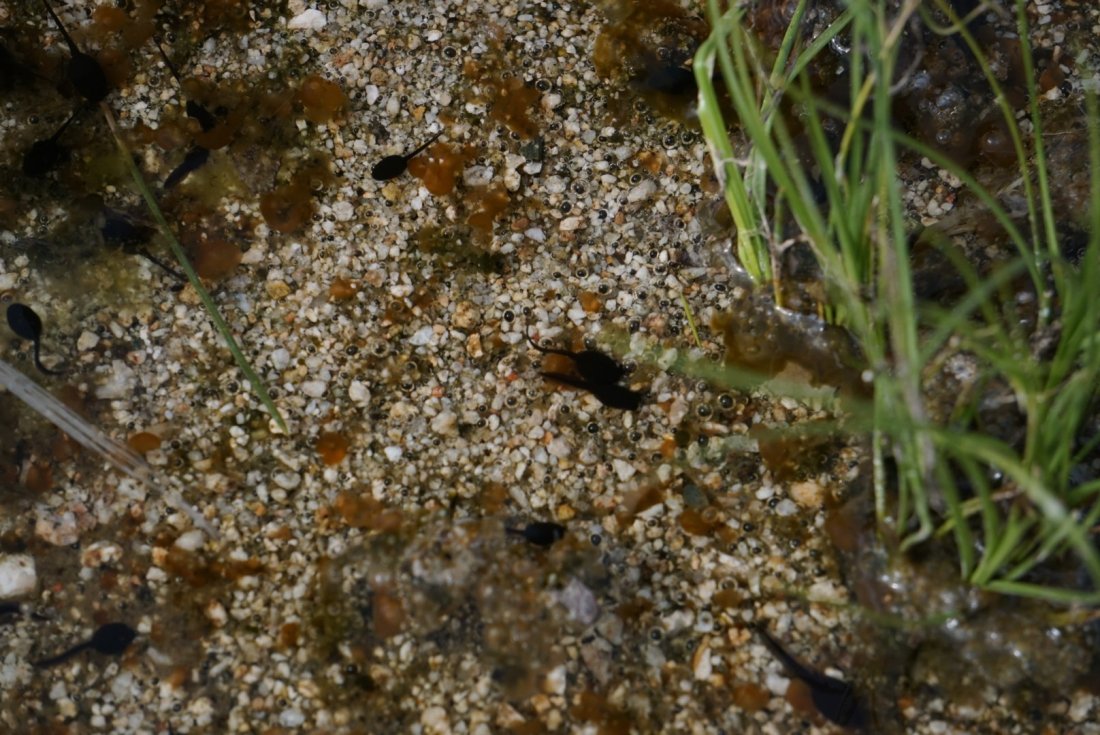 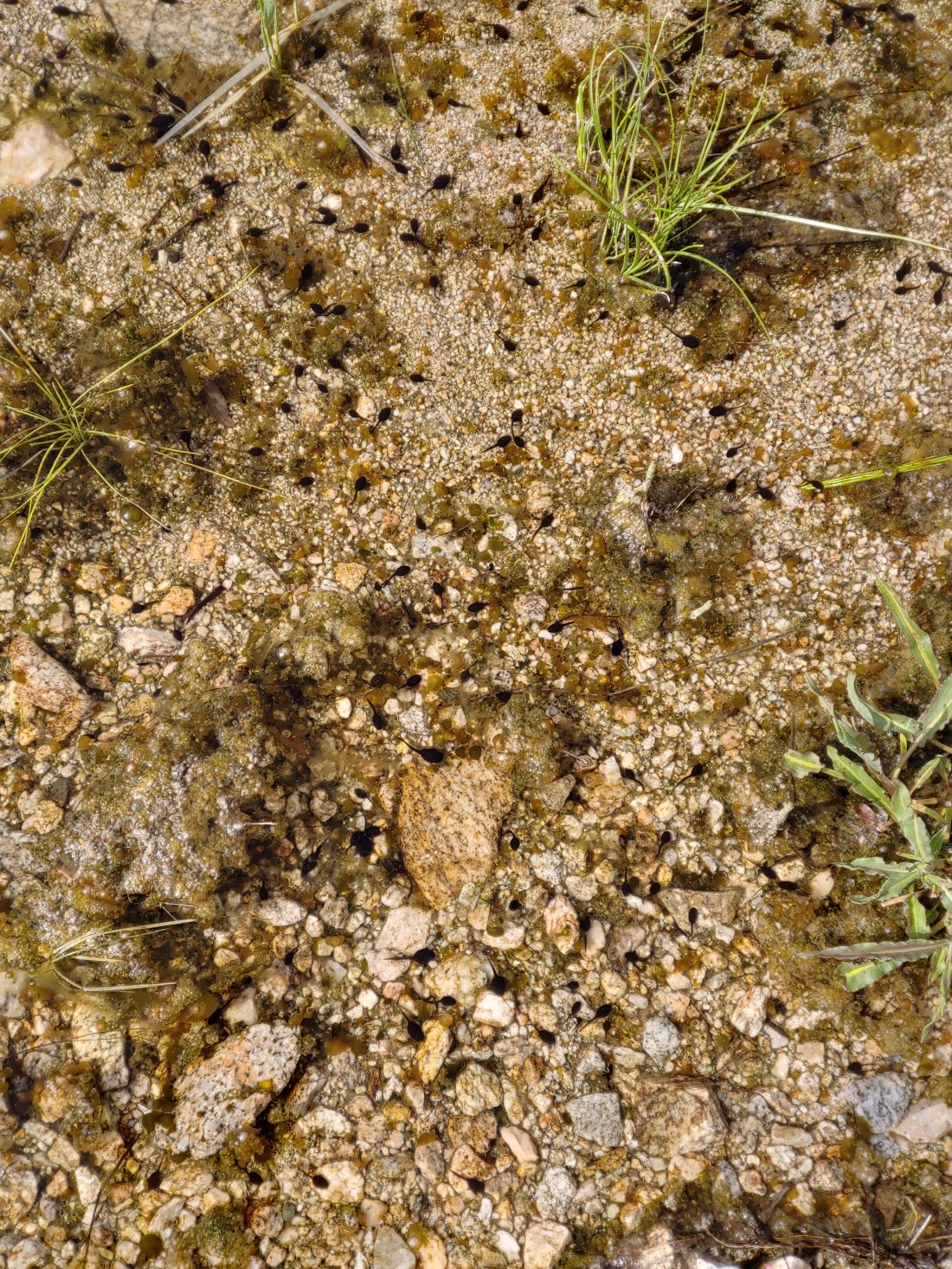 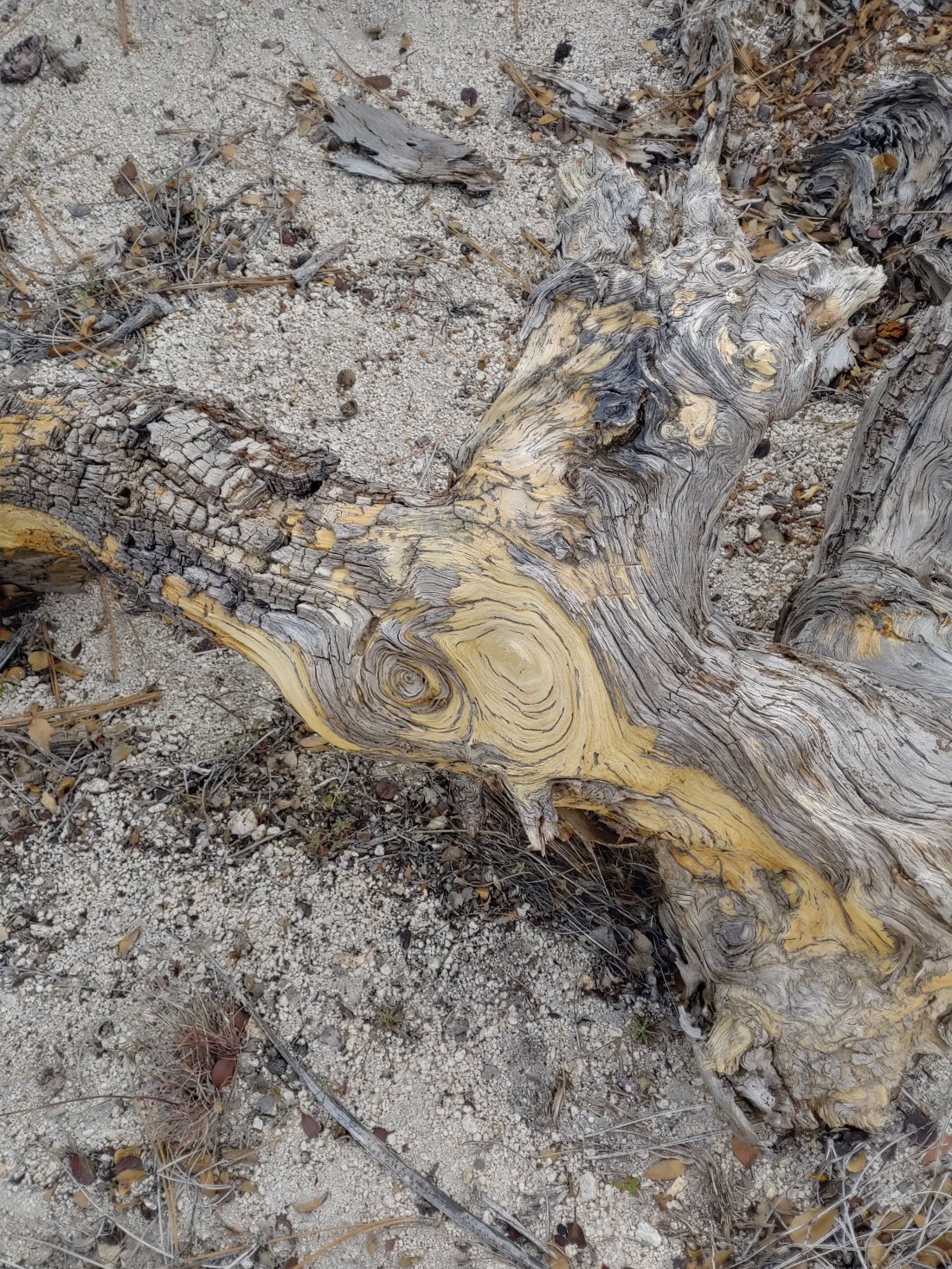 We hauled ass up the mountain, Yaara and She-Wee taking the lead. Matt stayed behind with me, as we only have one emergency beacon and the weather looked to be the typical unpredictable mountain weather. 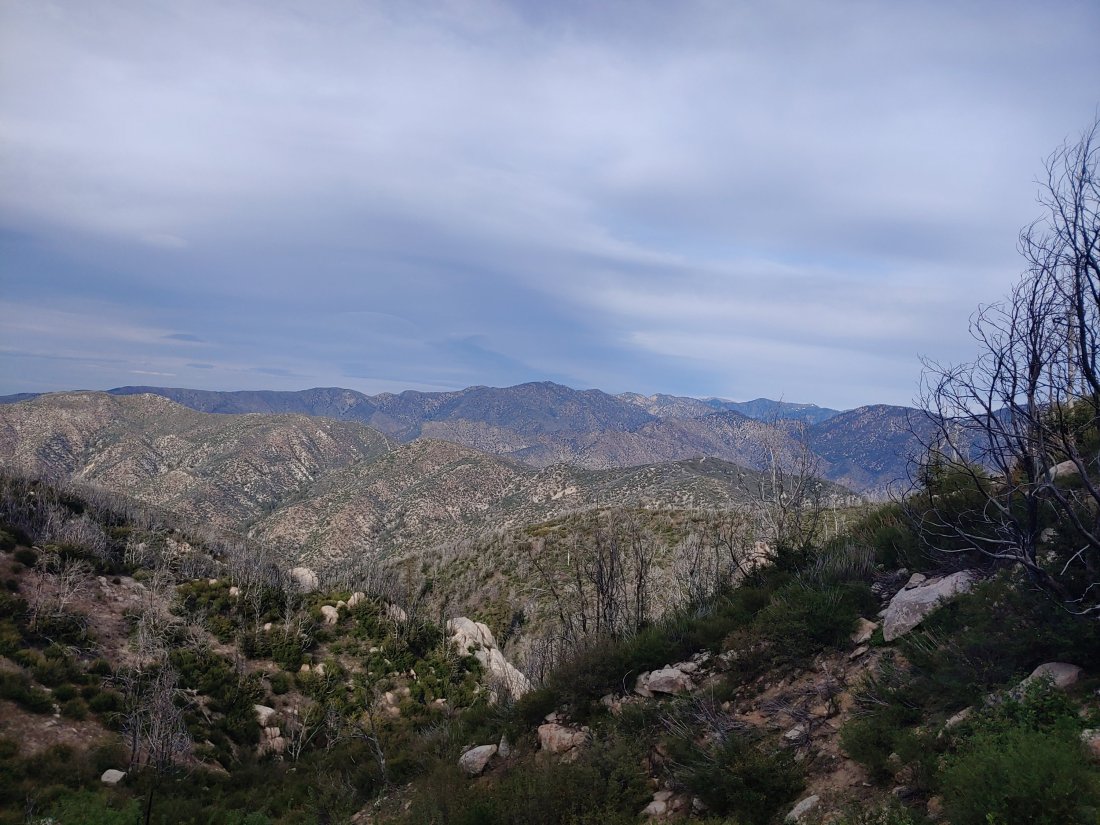 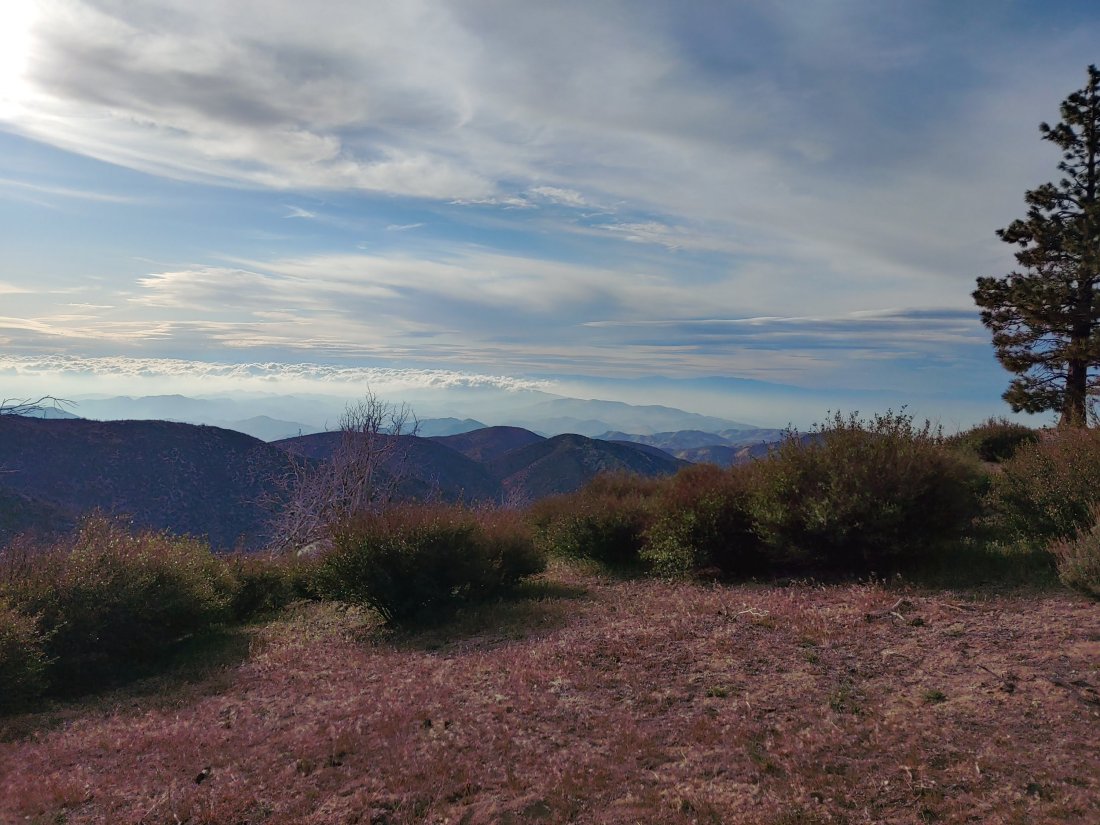 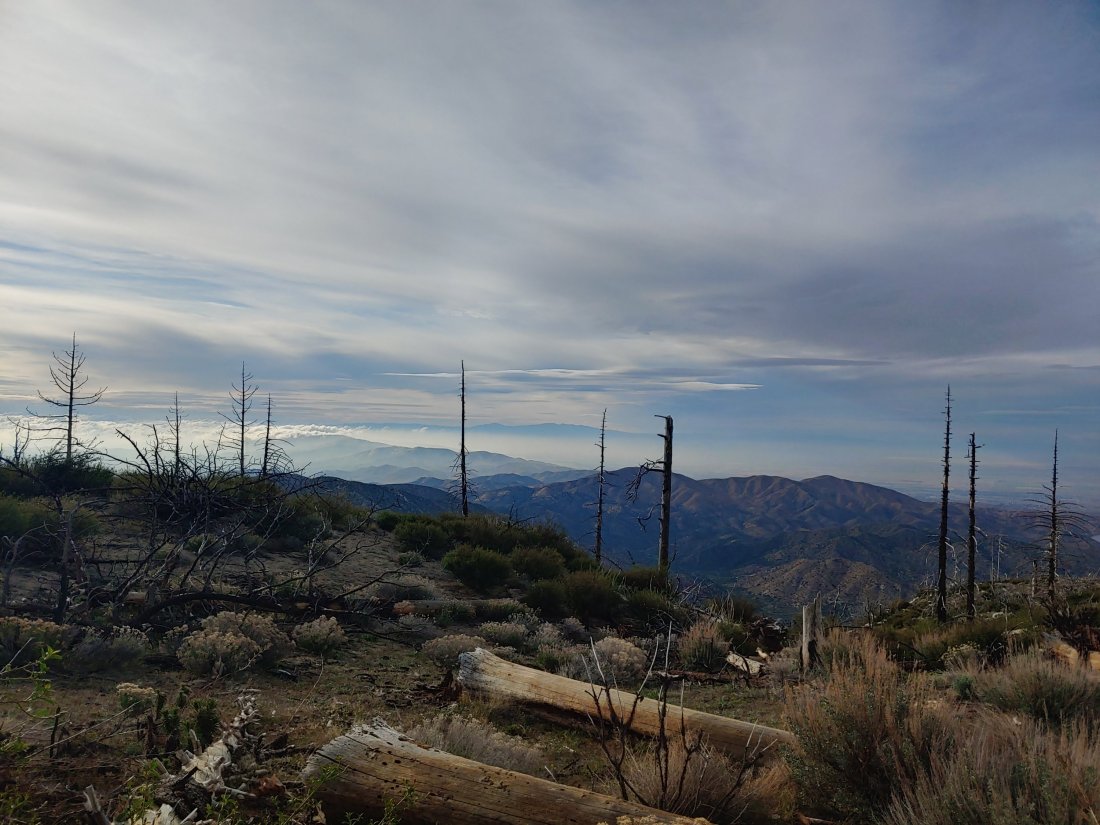 Shortly into our descent I realized we had service. Big Mama had texted us a weather warning, well wishes, and their plans to camp at the fire station, and I responded by coordinating dinner plans: I was ordering pizza and we would see them at the fire station.

Around one of the next corners we found Yaara and She-Wee, sore and defeated from a long day of hiking, but both rejuvenated after hearing we had pizza coming. Hugs were had all around.

We continued the last 6 miles together, as the sun began to set and the wind really started to pick up. 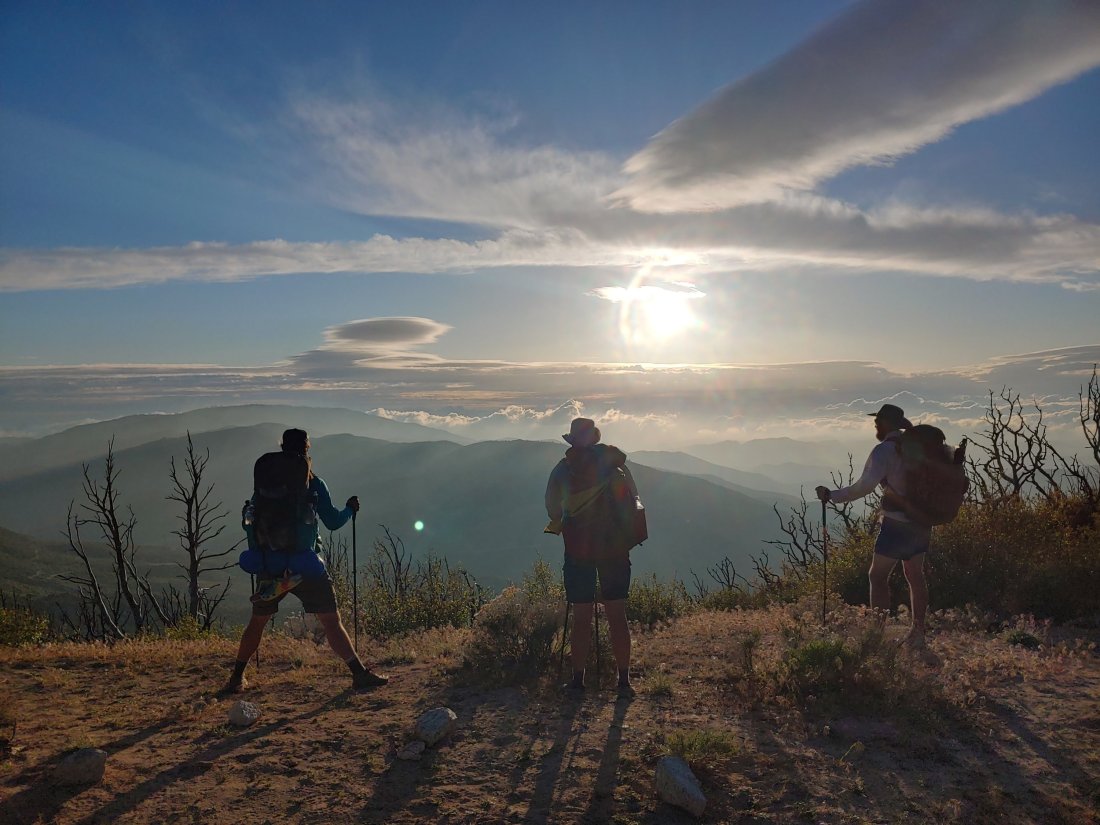 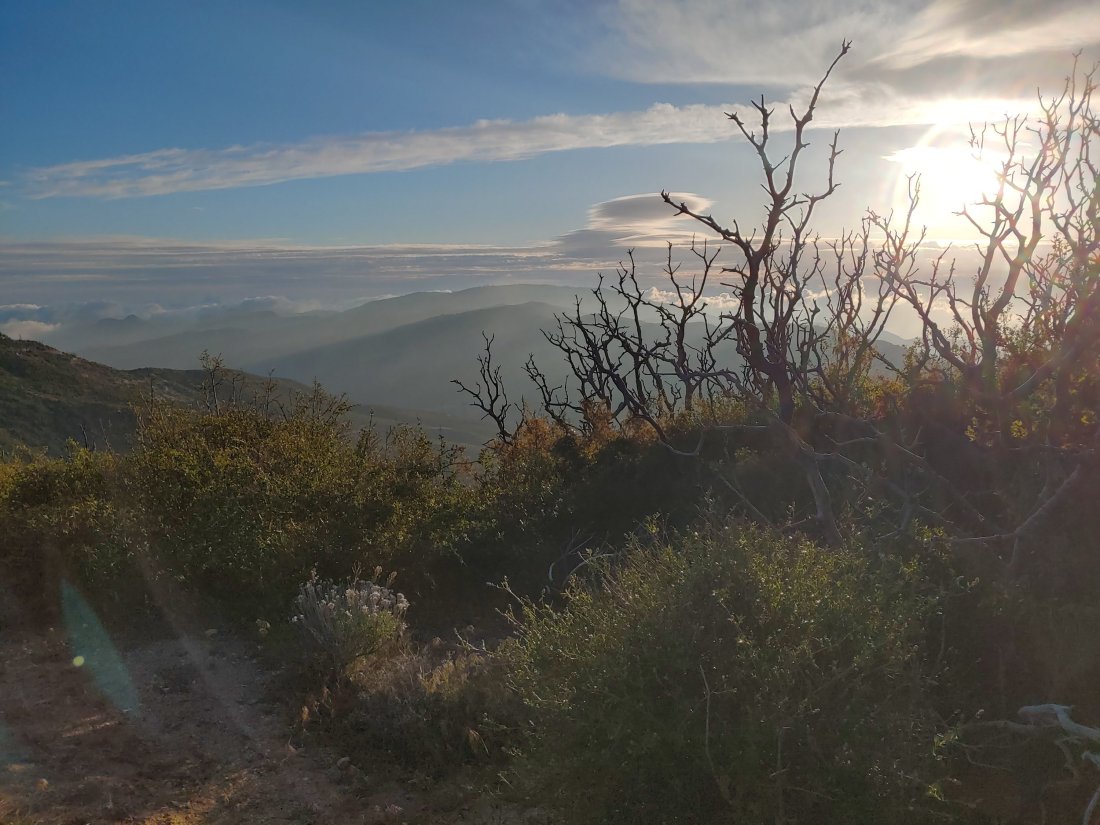 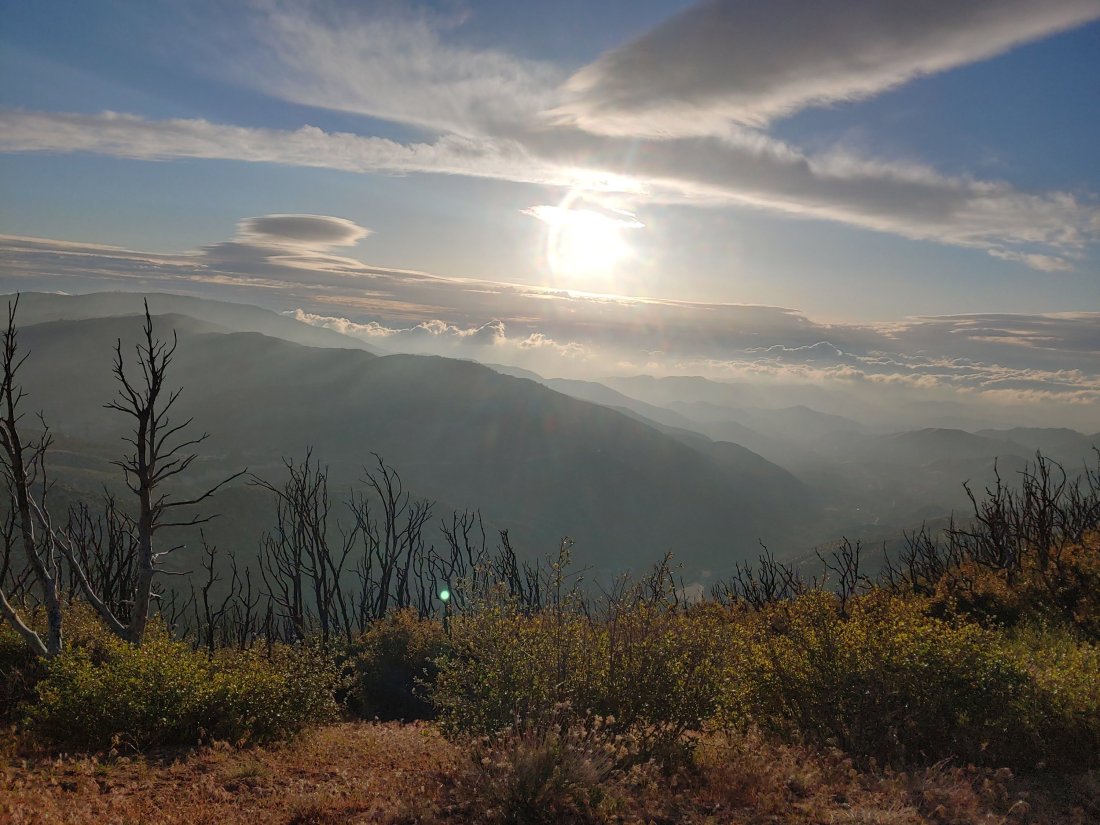 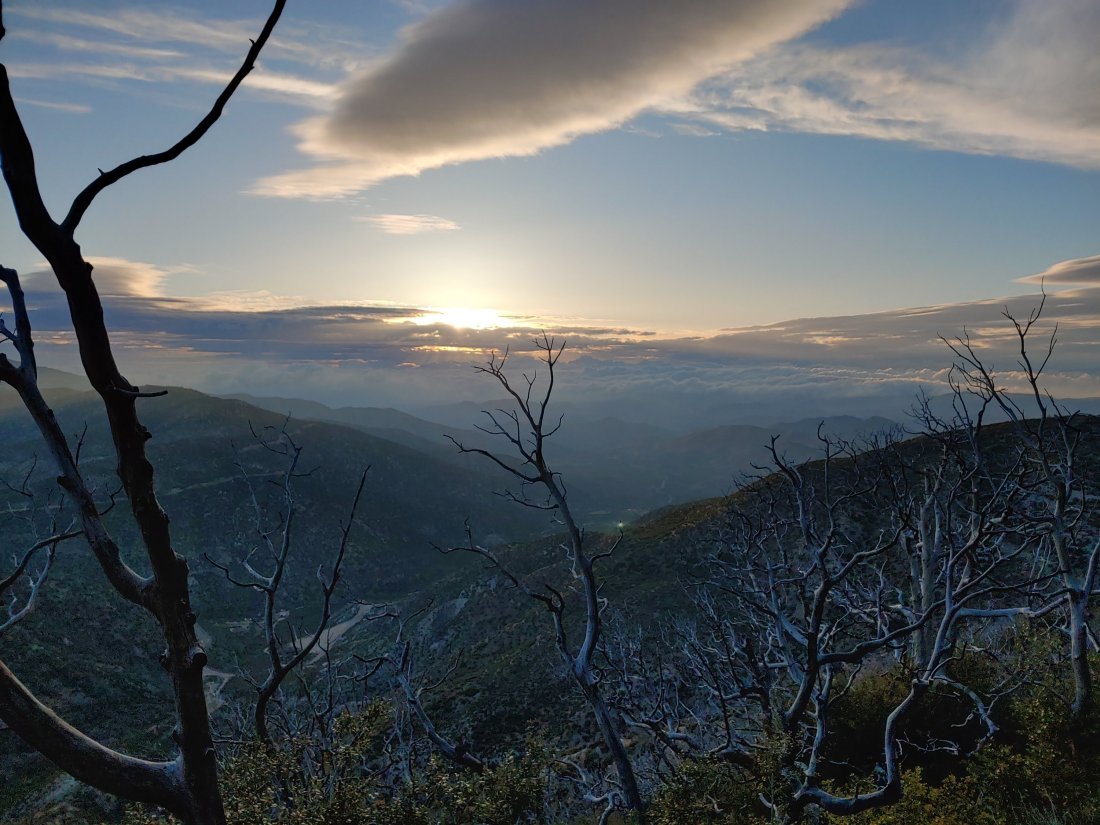 Around 8:30pm, just .1 or .2 miles short of our destination, we came to a fork in the road and had no idea which way to go. (Actually, we had all passed the fork, chosing go right vs the left, even though the left had an arrrow- and now we were all second guessing ourselves…) With no cell service anymore She-Wee called out, “Big Mama!??” His call was answered by a bunch of hooting and hollering – we we’re on the right path and followed the cheers to a small picnic area, where were greeted with hugs from our people. Silver was there, too! He managed to pull a 34 mile day to catch up with us!

We were excited to be done for the day and even more excited to be stuffing our faces with pizza on the steps of a pit toilet (#hikertrash) but also bummed we fell 0.5 miles short of a marathon… 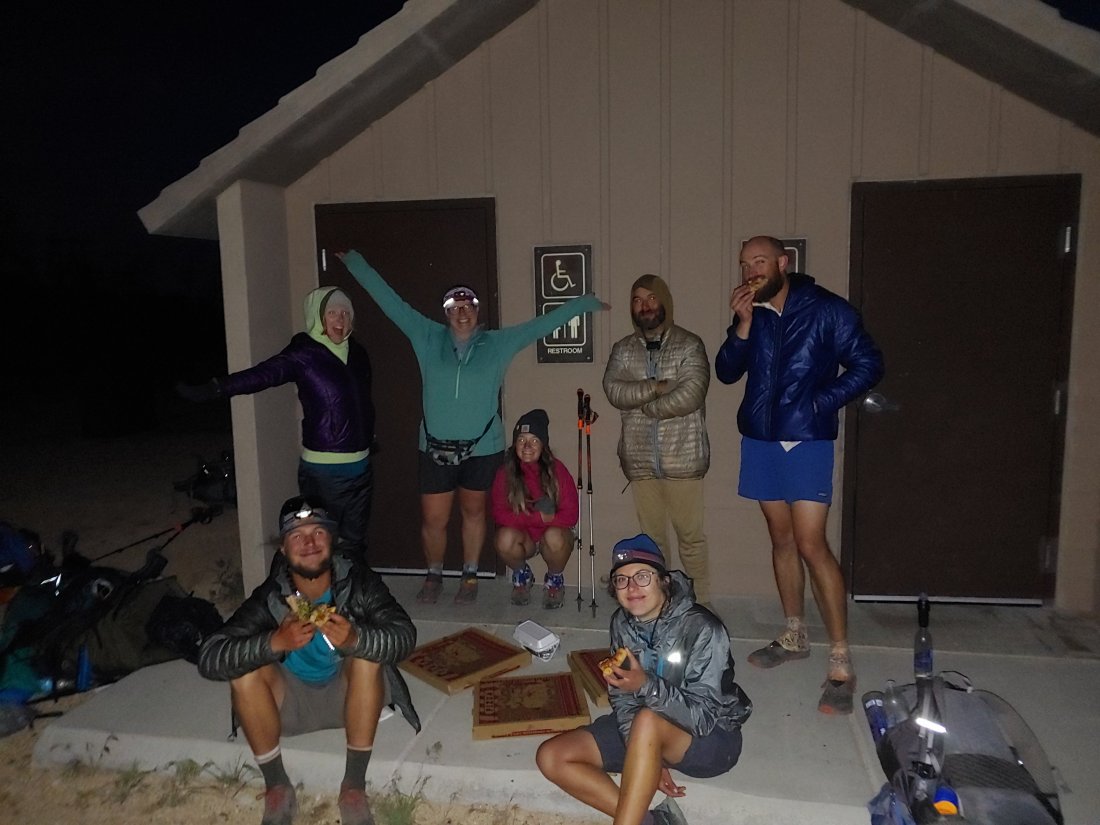 When the pizza was demolished we all set up our tents and made ourselves as comfy as possible- the weather forecast called for steady rain until 2pm the next day, and nobody had intentions of leaving their tent before then!
Happiness is: finding out we actually did a marathon!! Since we were camping at mile 18.6, NOT 18 as I had thought, we actually hiked more than a marathon!!!