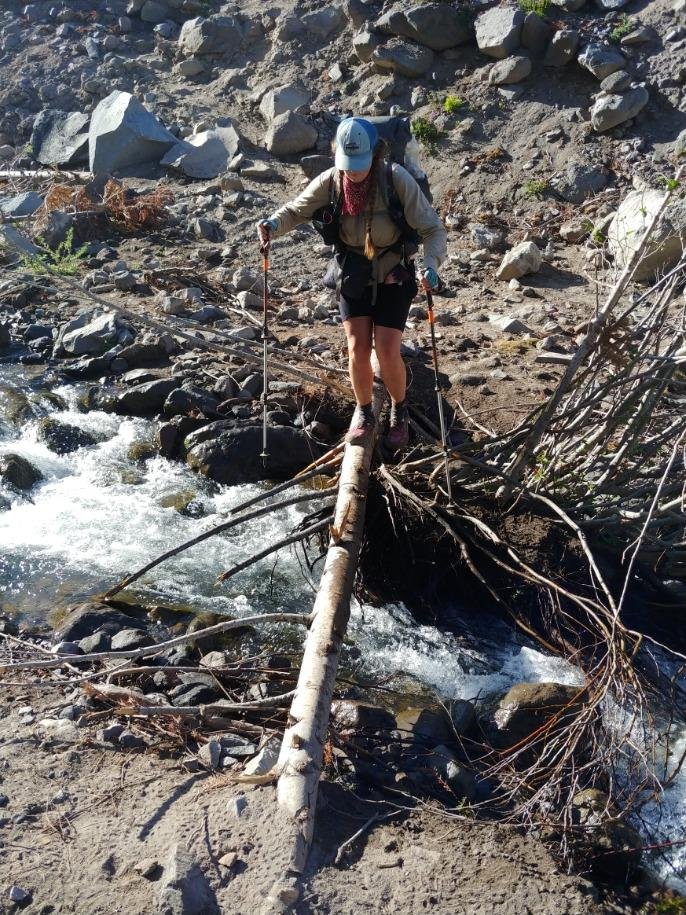 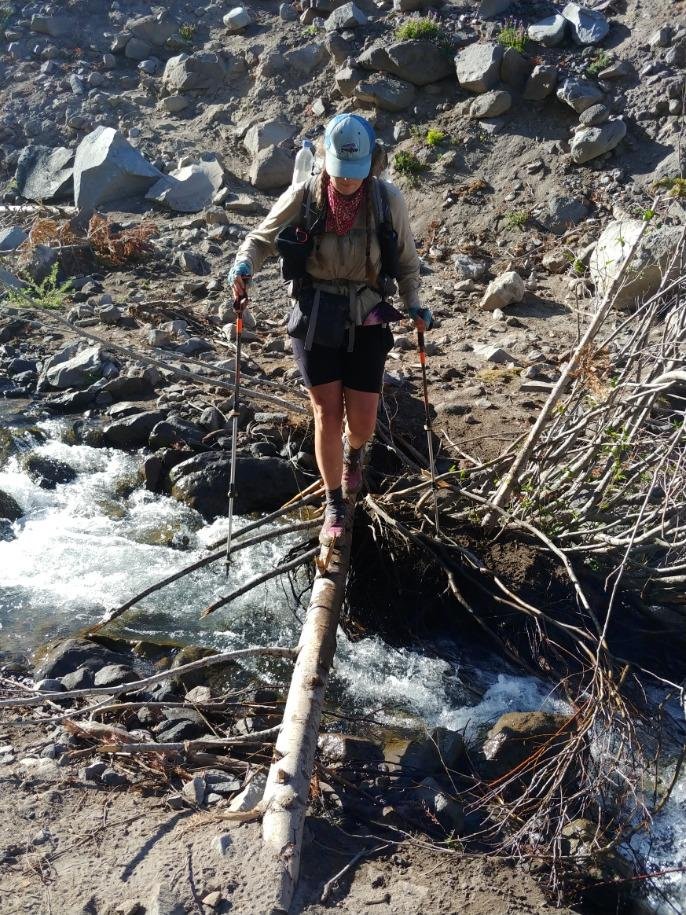 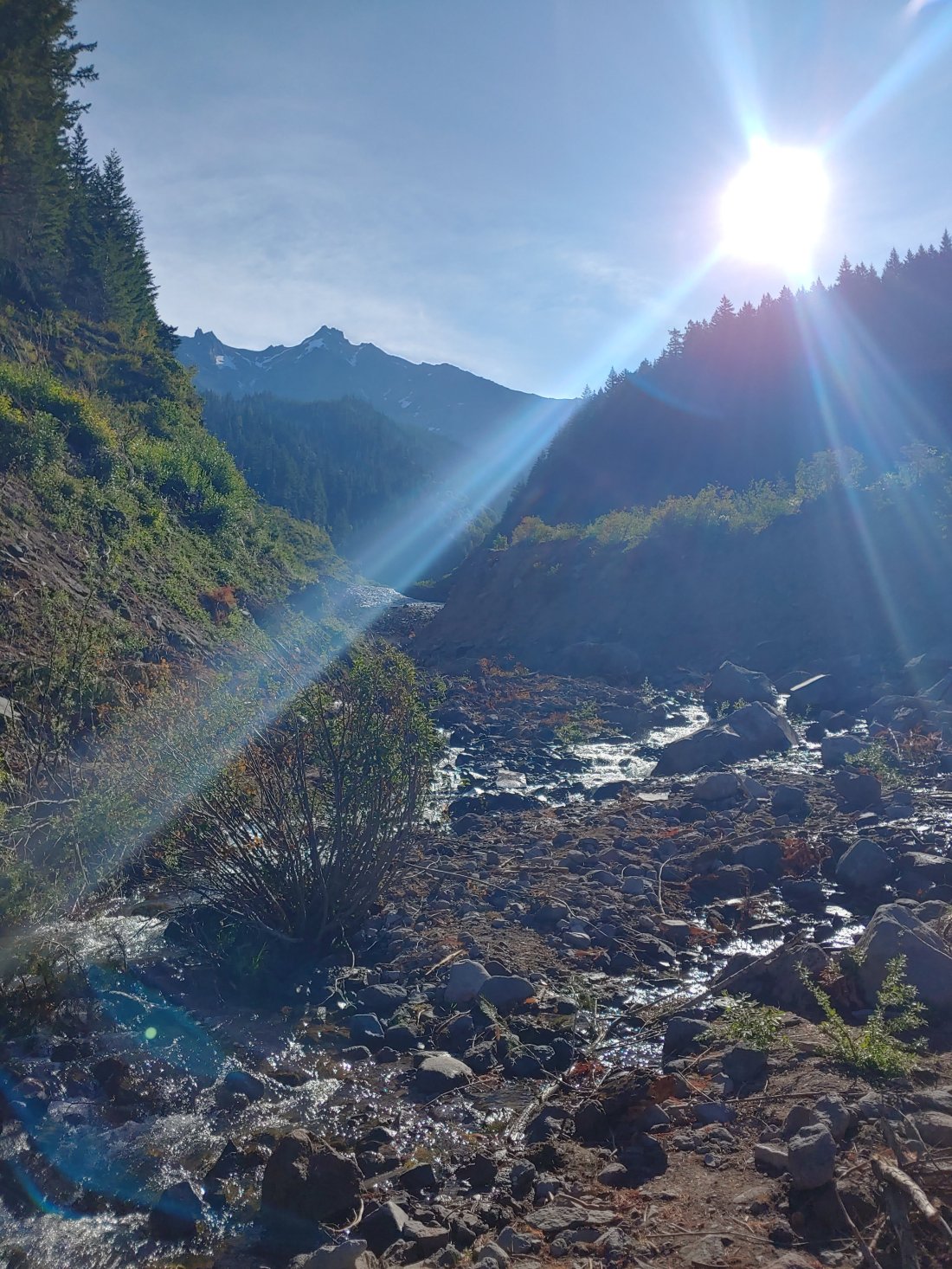 We then started our 8 mile, 2500 foot ascent- it started in a burn scar and was pretty gradual except for a few steep sections. {In Washington we had the same elevation gains in half the distance!} 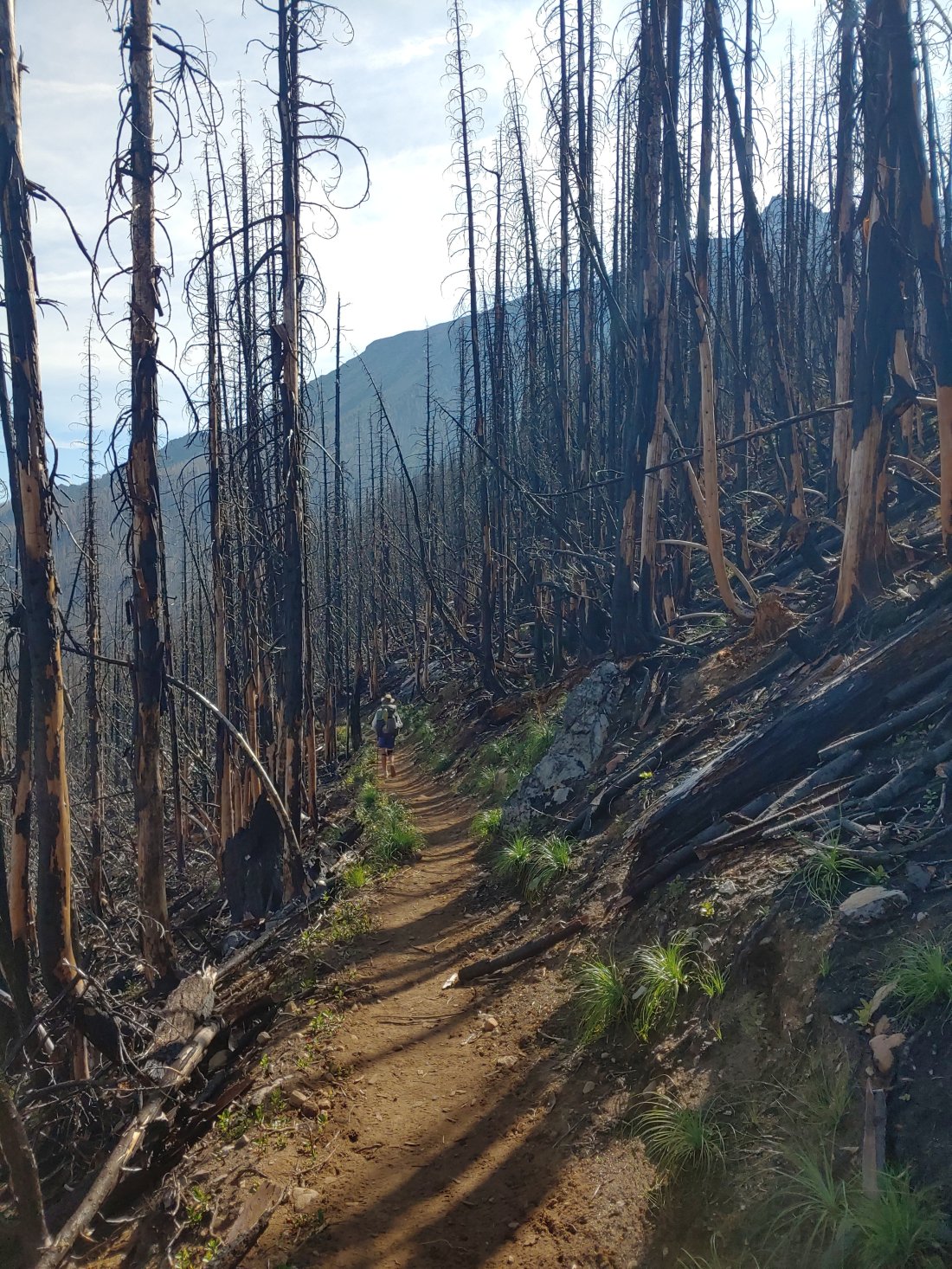 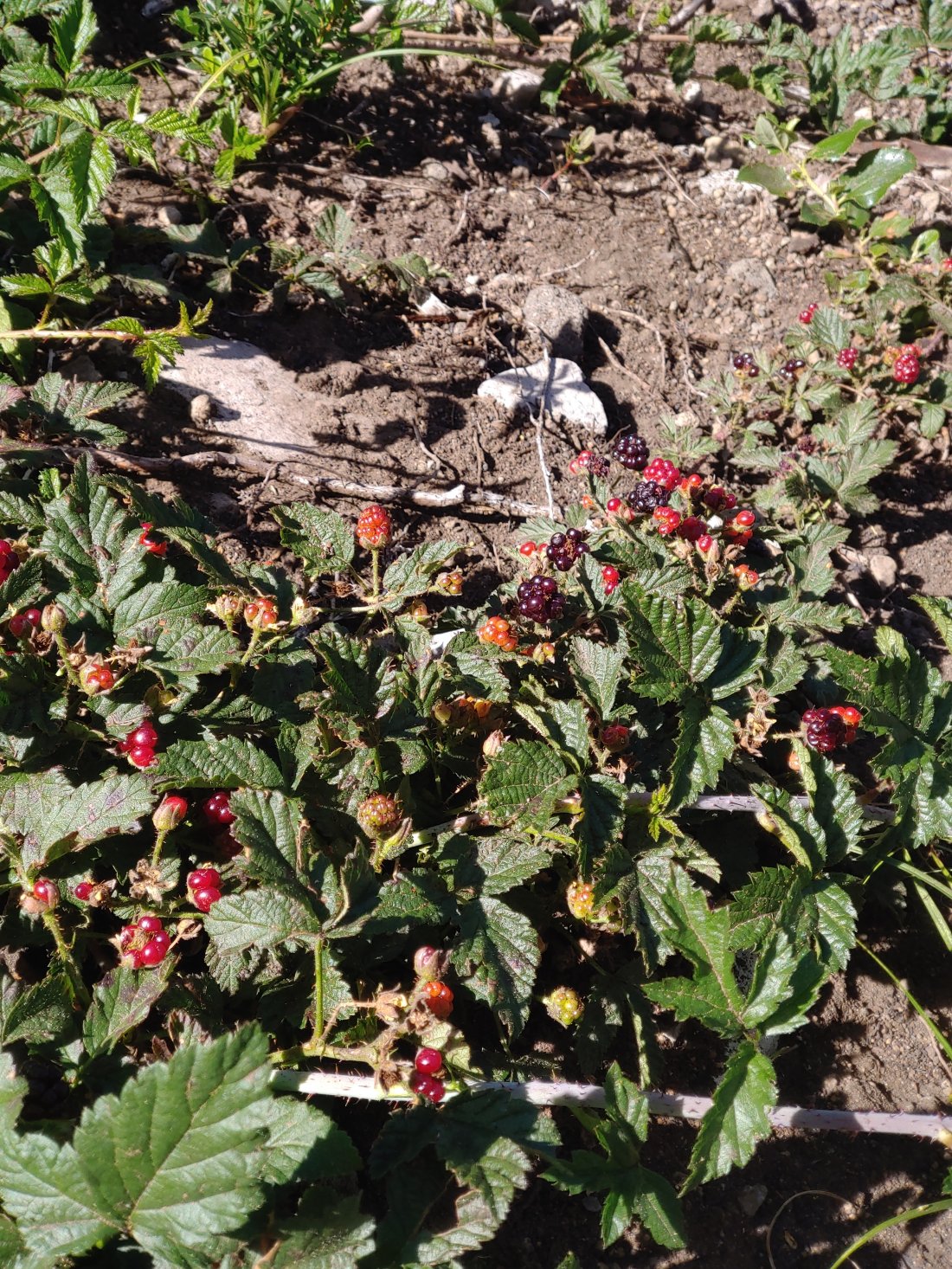 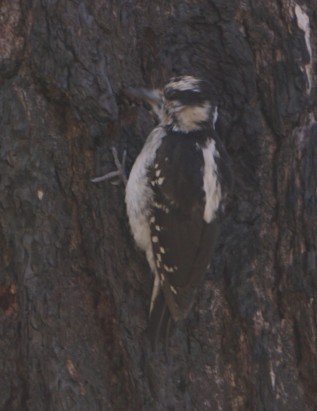 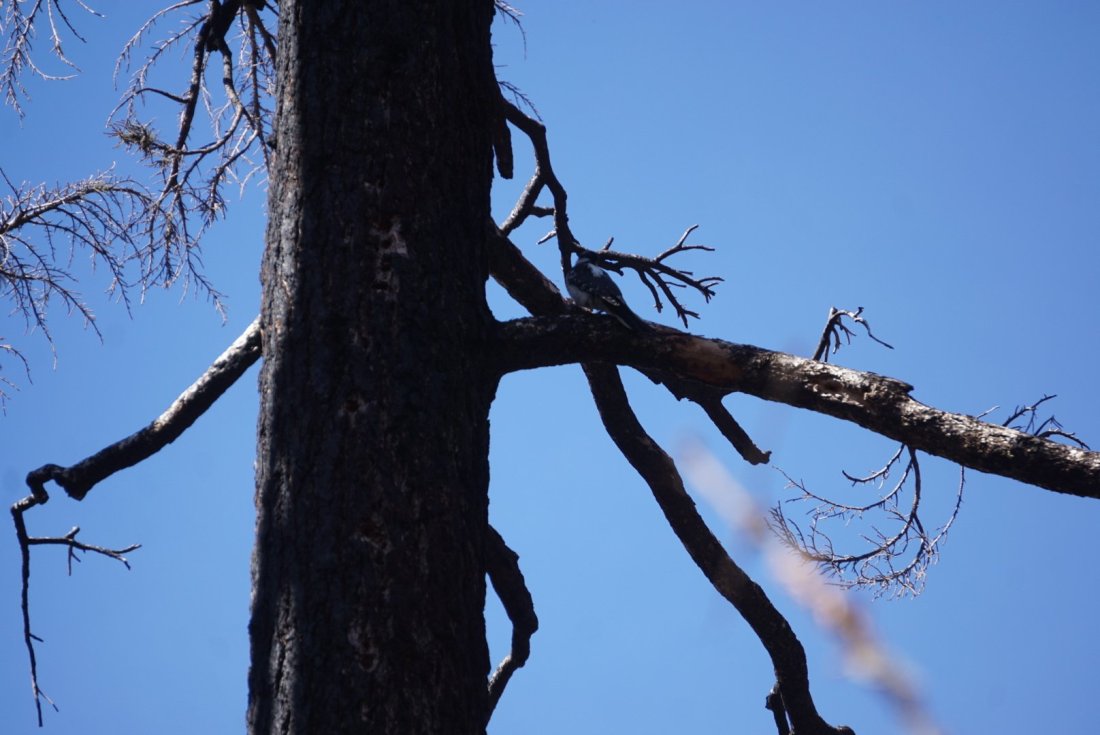 We ended up meeting and chatting with three boys who had spent the summer working at the Big Lake Youth Camp and one of their fathers- the dad is a flight RN & his wife is a pediatric ER nurse. The boy joked that growing up he was never allowed to have a trampoline, ride on an ATV, or do anything of the sort- I totally get it!!

After turning down soy jerky for the hundredth time (the guys kept offering it, Matt and I both wanted to try it, but I have a rule about sharing food in the wilderness…) we continued our climb.
We soon came to a creek crossing that we had heard most people have had to ford, but Matt found some rocks upstream to hop so we made it across with dry feet!!

After spending a lot of the morning in the burn scar, we eventually returned to the forest. 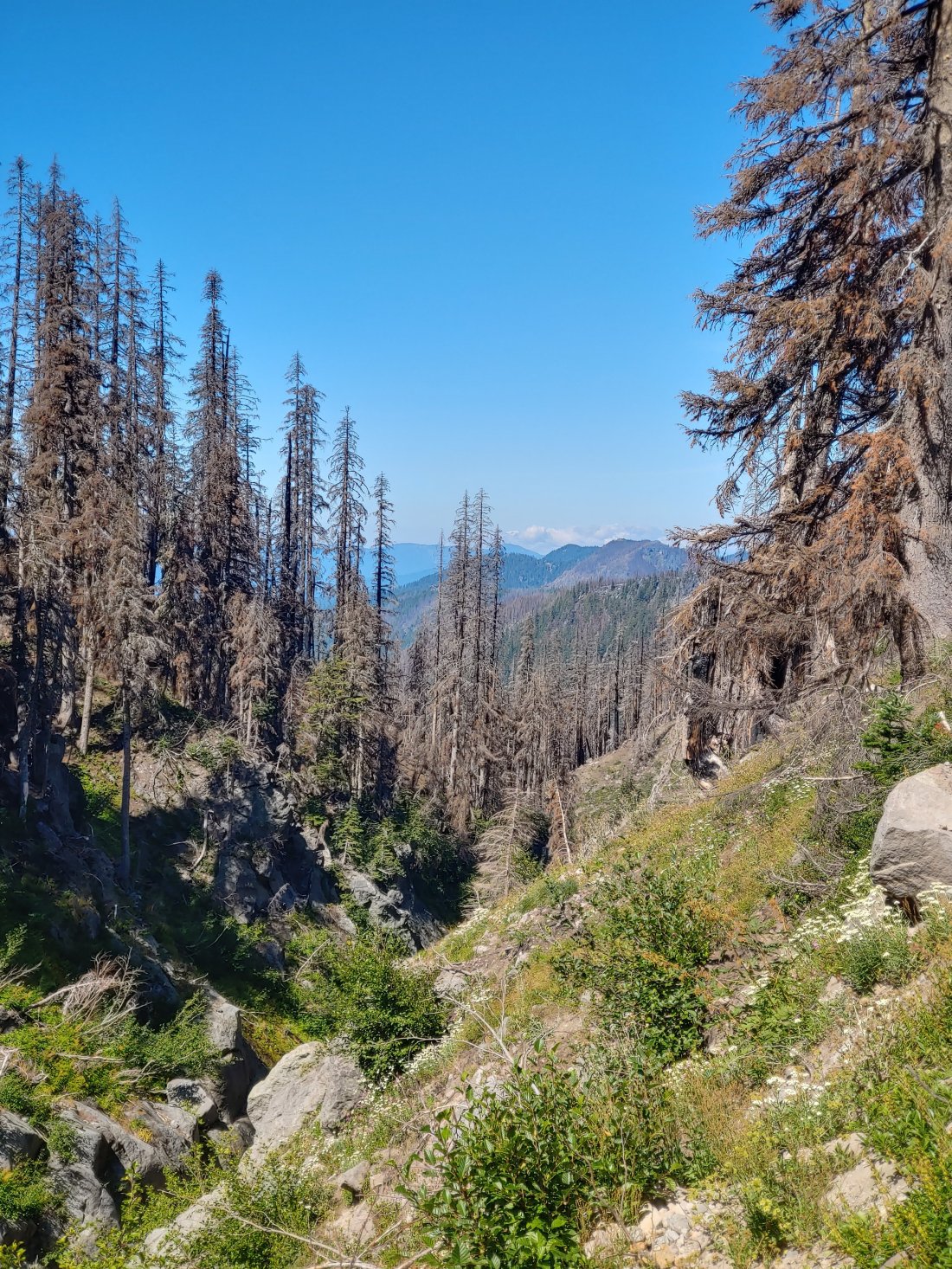 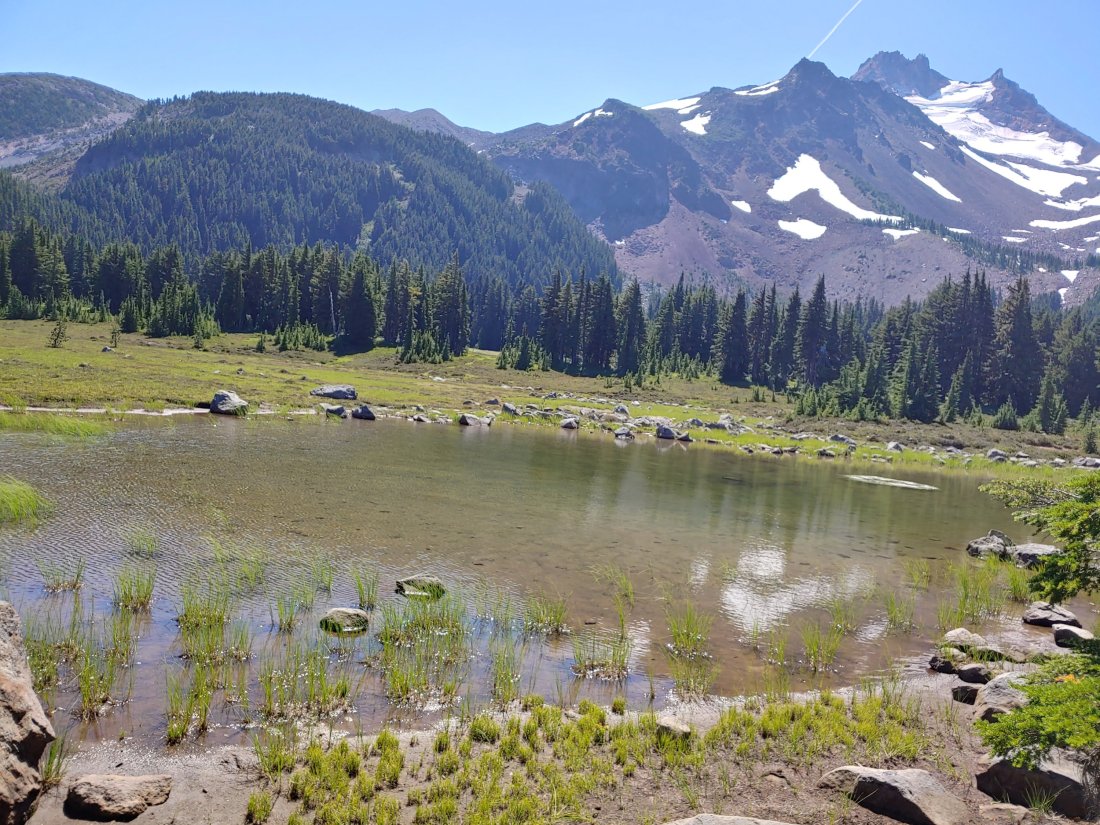 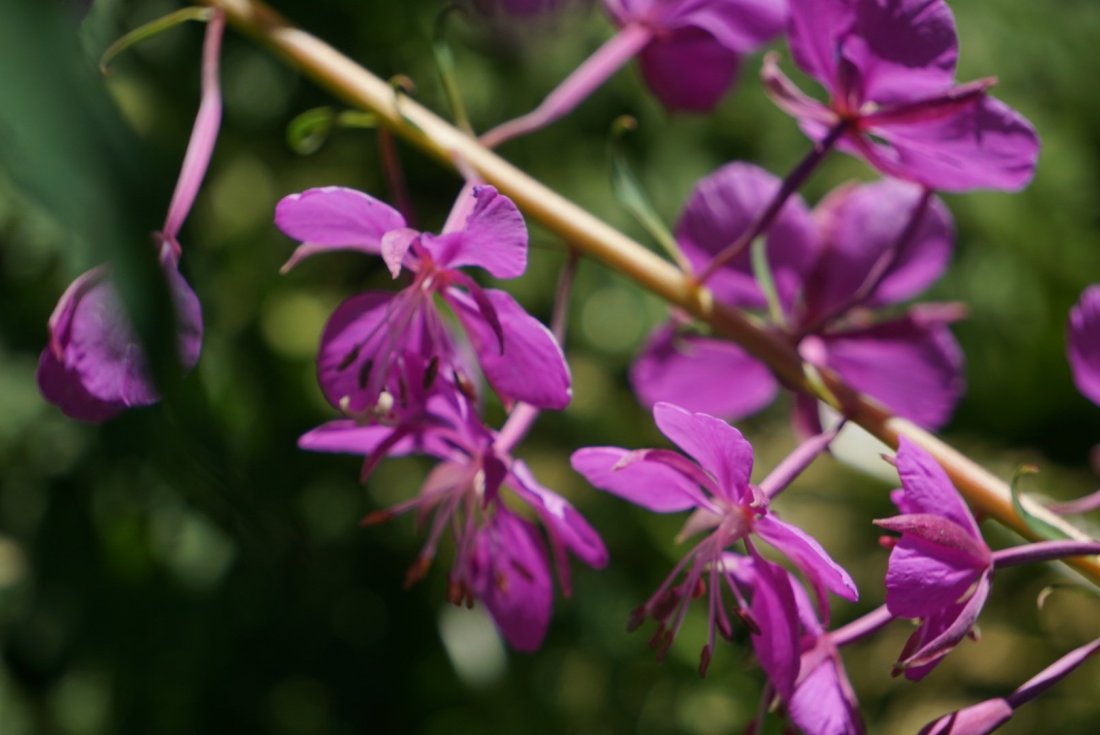 There were so many water sources that our water carries were never more than 1-2 liters!! We decided to fill our bottles at one of the last water sources before tackling the last 2 mile, 1000foot climb to the top. We had two options for water- the first was a creek that just five days ago was updated as “great flow”, and the next was a creek that was updated 20 days ago as “flowing.”

When we arrived to the first source we found that the creek was nearly dry but did in fact have a small flow- we decided that since this was most recently noted as “great flow,” we couldn’t take our chances with the next source so started to fill up there.

Just as Matt and I both finished filtering our first liter, a man passed by and told us that the next source is flowing a bit better and added, “also they are doing some trail maintenance up ahead and there are horses over there. There is probably horse pee in this water.” Niceeee. And now in my only clean bottle :). We decided to keep the water until we got to the next source, where we dumped it out and filled and filtered again.

The last two miles were pretty steep & made more difficult by rocky terrain- once I huffed and puffed to the top, we were treated to some spectacular views! 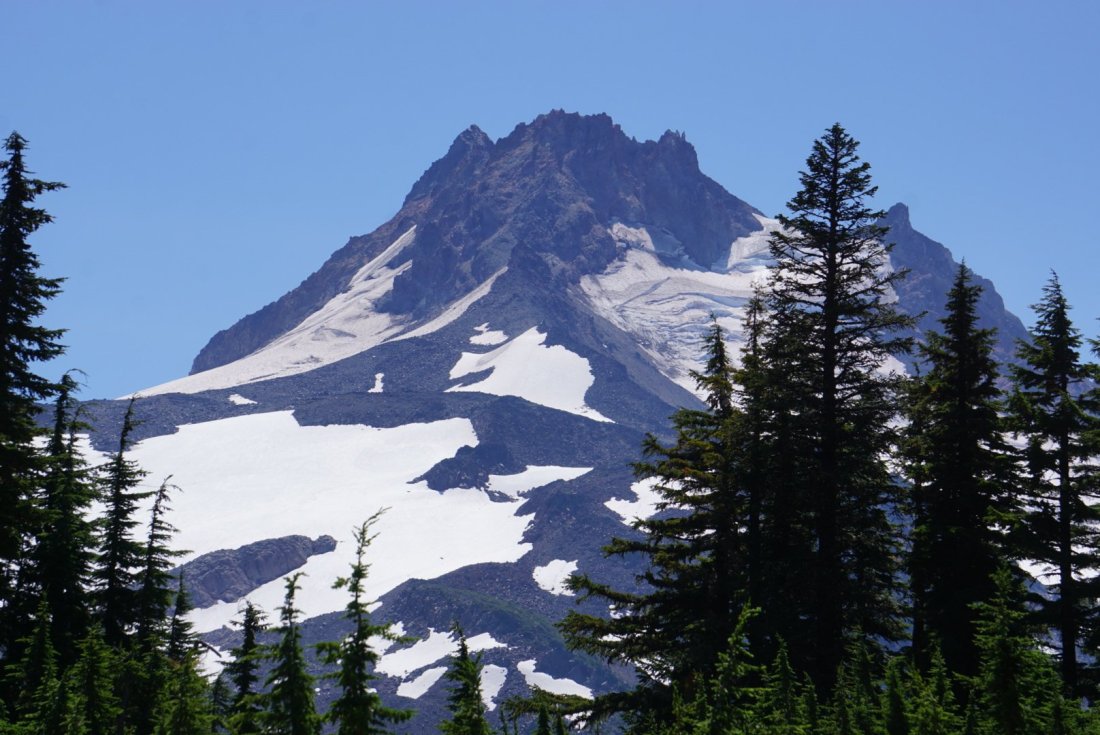 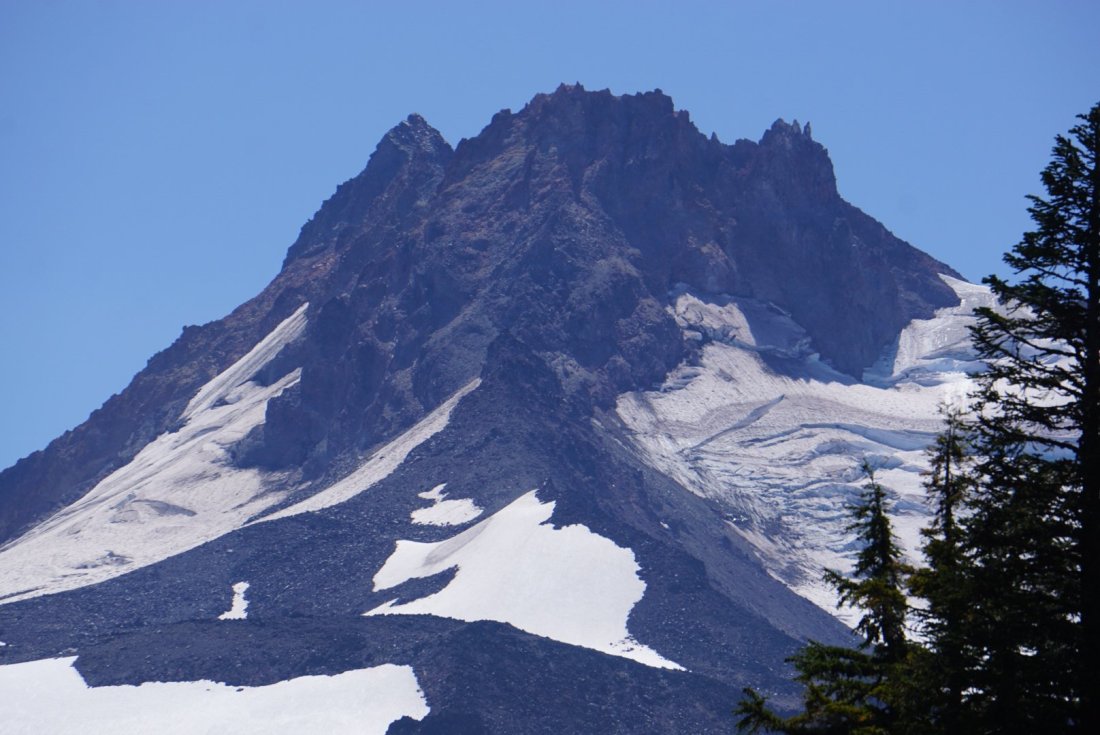 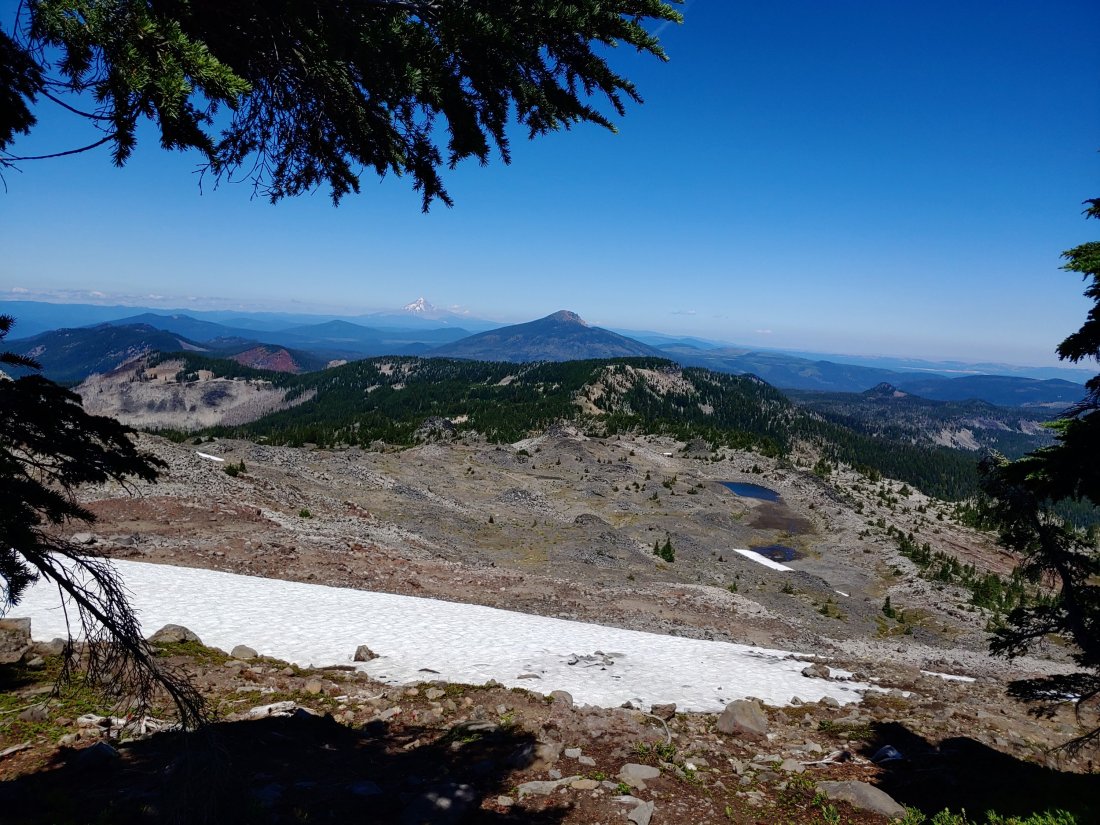 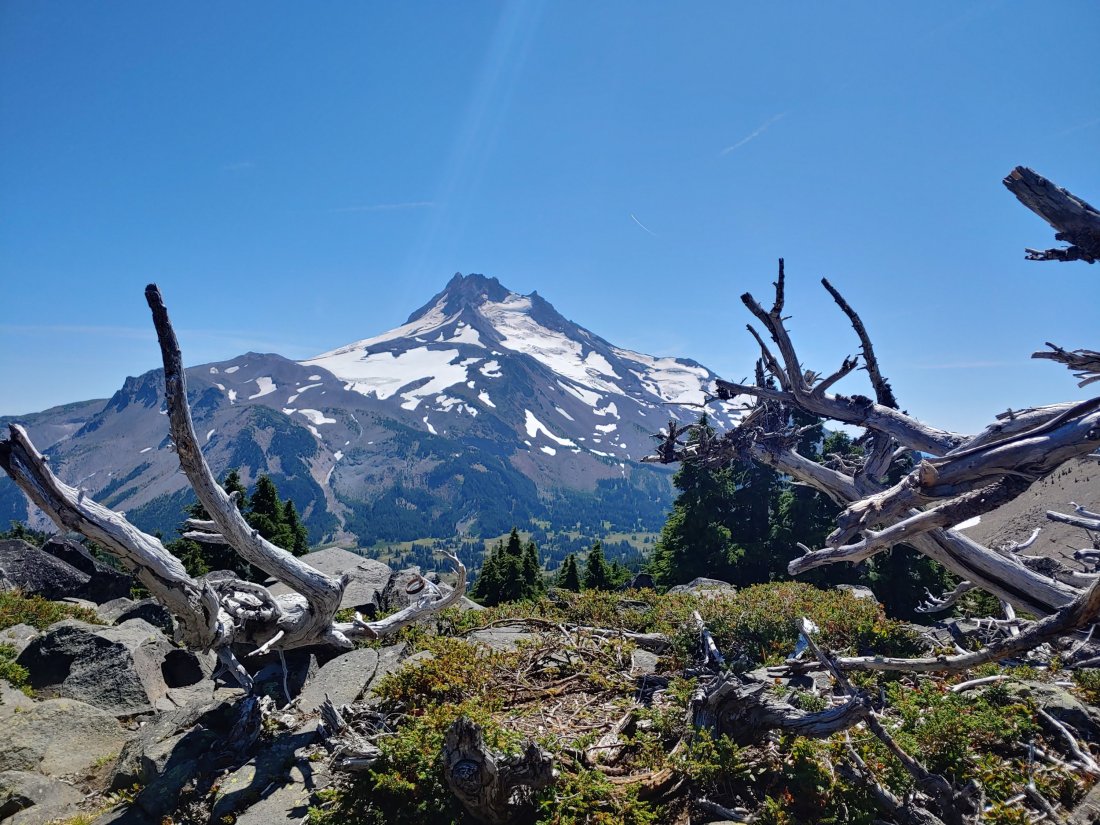 We ate lunch and then had a nice local couple snap our picture in front of Mt. Jefferson. It turned out that the man is originally from Holmdel, NJ!! {Which reminds me! Fairie Feet’s mom lives in Holmdel! AND Fairie Feet worked in Red Bank like 15 years ago & whenever she is visiting her mom she eats at Good Karma Cafe- a fav of mine!! Our paths could have crossed so many times!!} 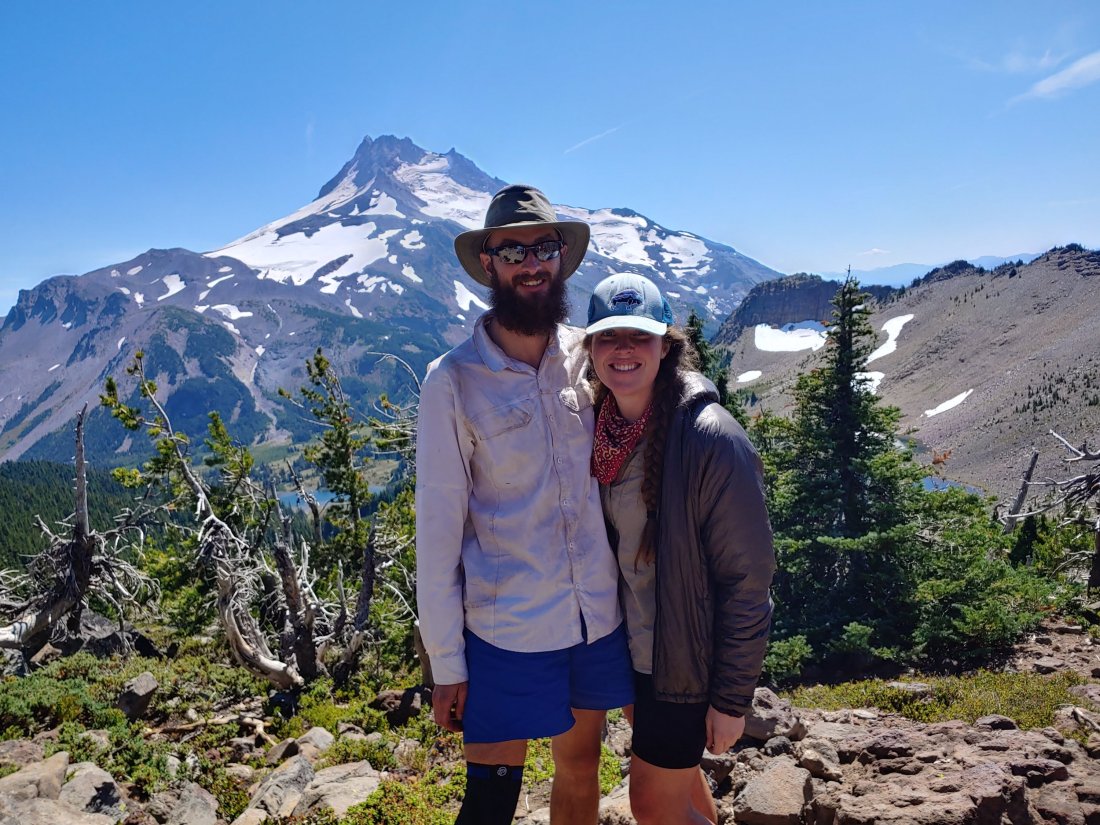 We admired Mt. Hood, where we had planned to be in two days.
While the climb up took longer than expected, the climb down took even longer!! So many loose rocks! 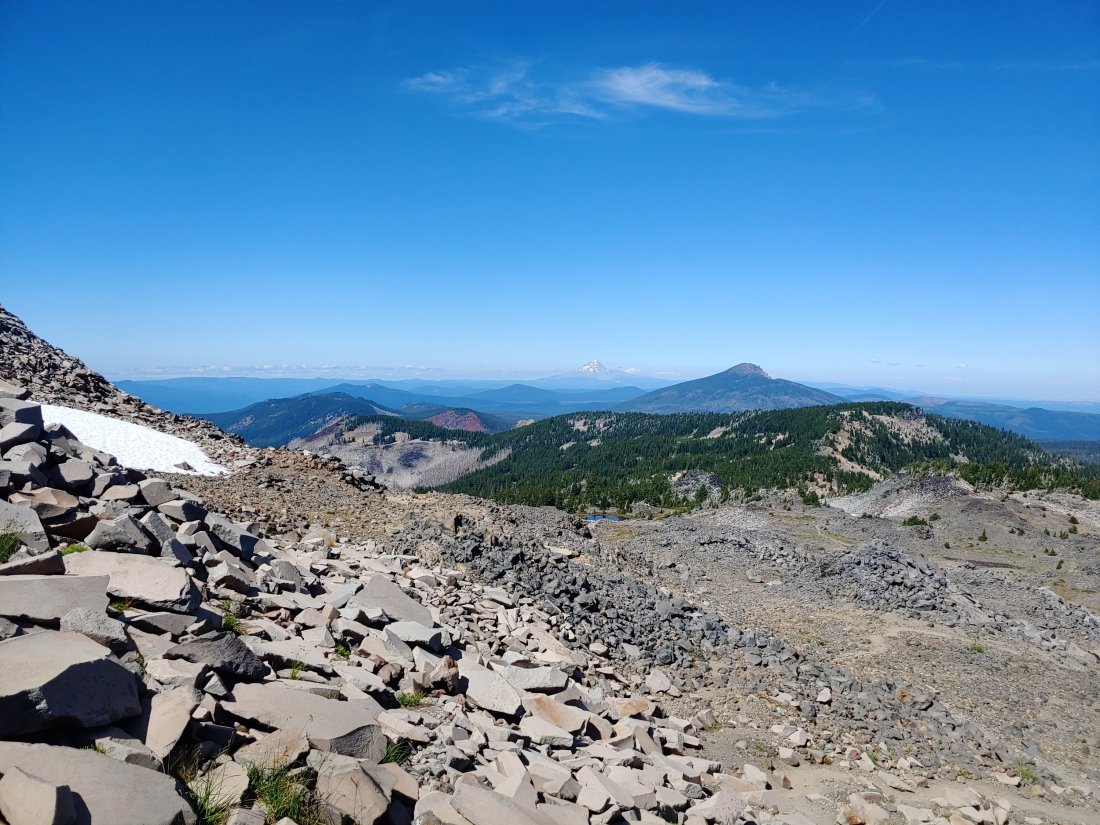 After making it down the terrain was pretty mild, rolling for a few miles to our final destination for the night, Olallie Lake Resort. This lake resort allows PCT hikers to camp for free in their day-use area AND has a pit toilet! Yayy!

On the way we passed by a few different lakes & even passed the “many lakes viewpoint” – creative name! 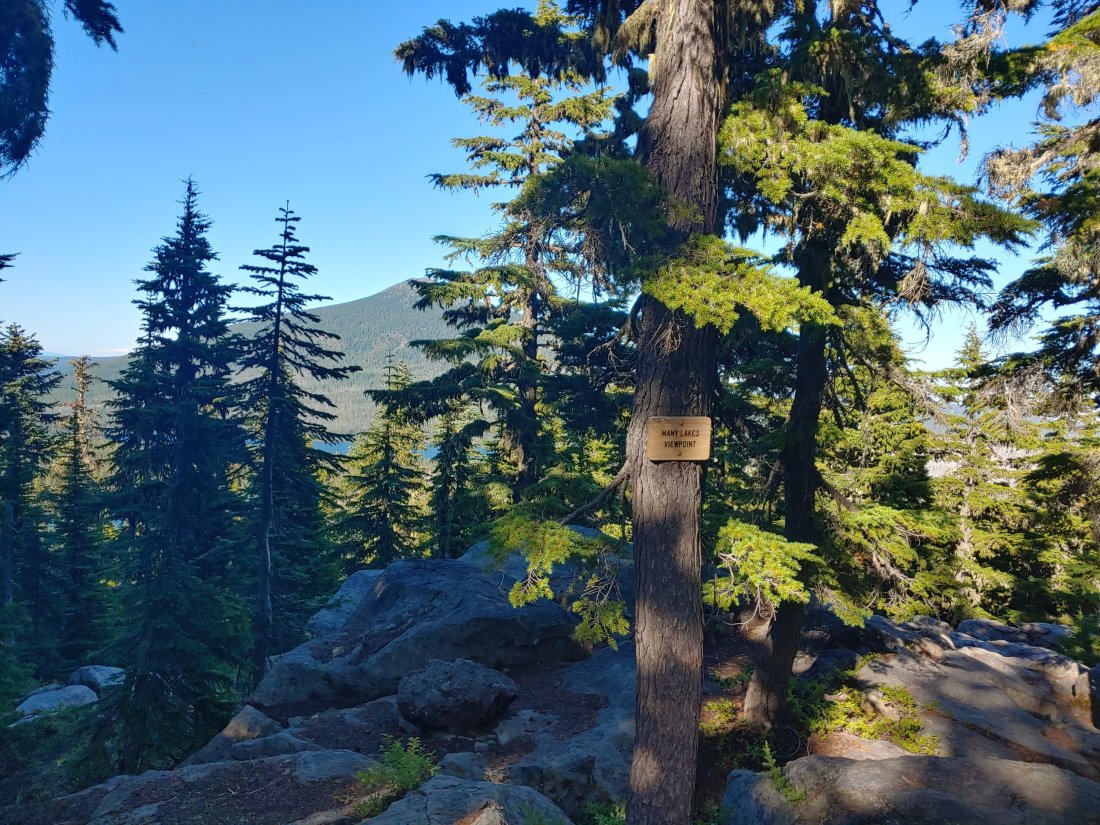 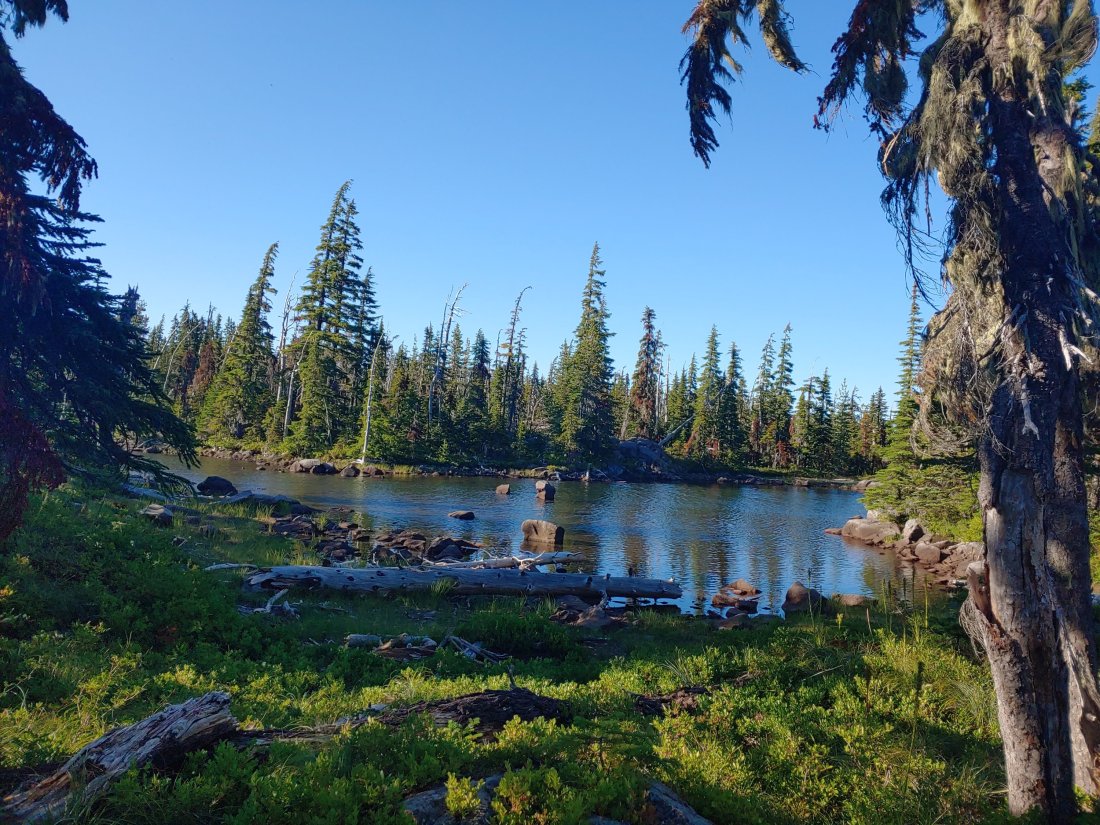 When we were about three miles from the resort a SoBo hiker passed and mentioned that there was trail magic at the resort- apparently some sort of Mexican feast??!! I moved as fast as my tired and sore legs could!

Oh. My. Goodness. Rice and refried beans and pinto beans and mole and tortillas and watermelon and brownies and oh my goodness my heart and my stomach were so full!! It was so friggin tasty that I had 2 servings of beans and 4 of rice. Yep, you read that right! It was legit homemade Mexican cooking that I couldn’t resist- but I ate so darn much that I went to bed nauseous with a bellyache! Oops!

Apparently this couple has been coming to the lake for the last 6 years or so to provide trail magic- rumor has it they hang out all day serving breakfast, lunch, and dinner!! We lucked out with the “guest chef” and her Mexican feast<3 ❤ so good!
After enjoying the food & company, we headed over to the small store to buy some drinks (there is no electricity at the resort so the store was pretty dark!) then we sent up the tent while I intermittently ran to the lake to snap a pic of Mt. Jefferson- I found it got more and more gorgeous as the light changed! 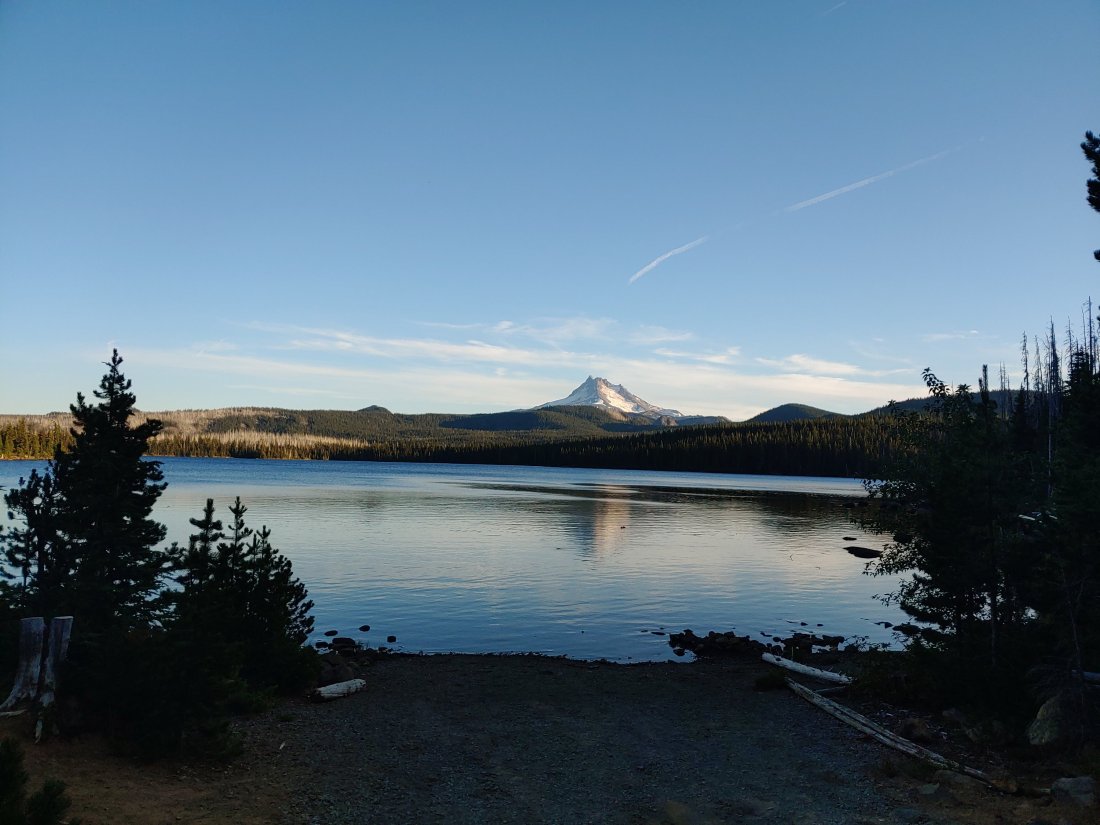 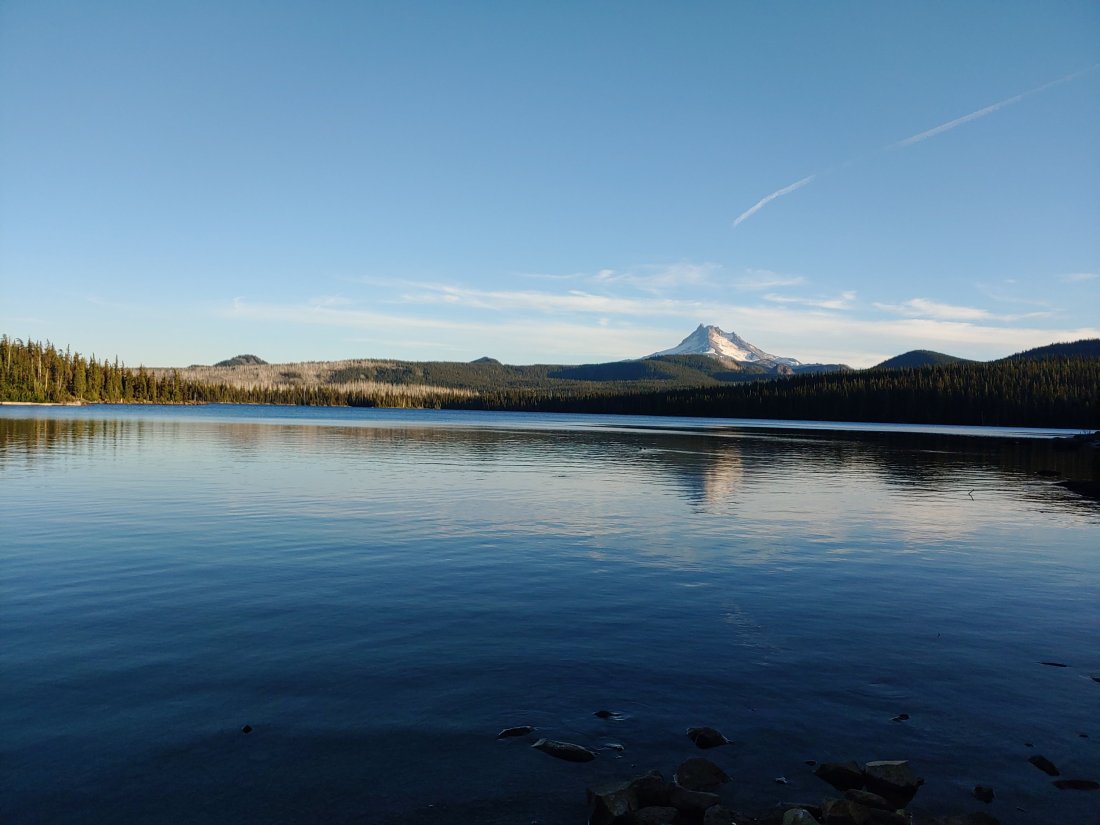 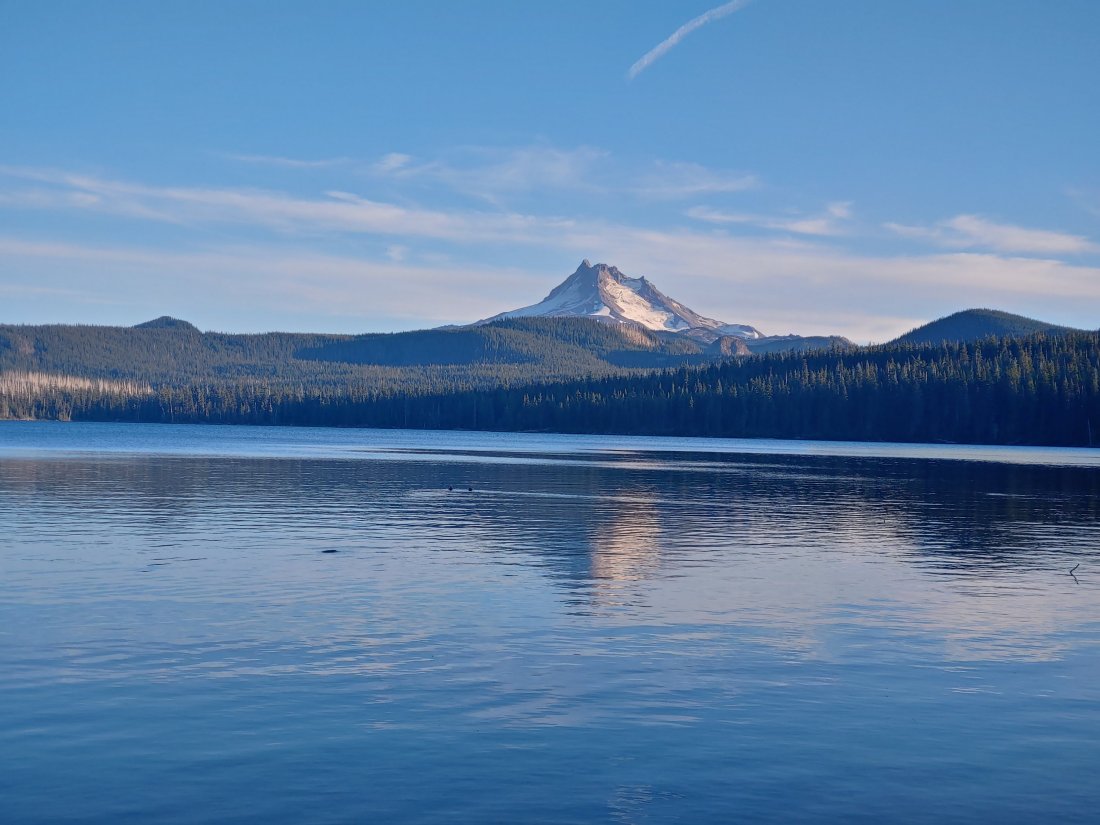 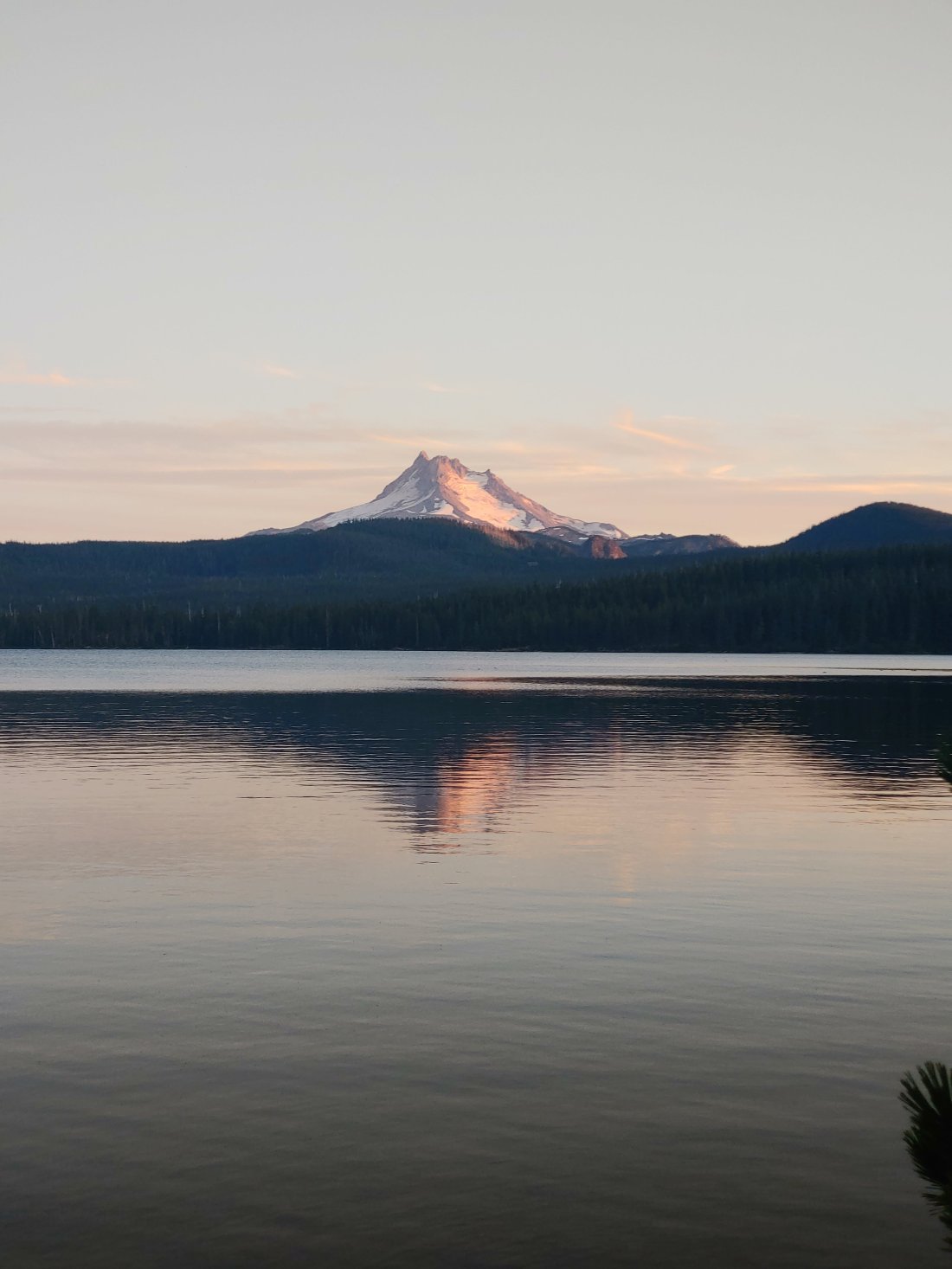 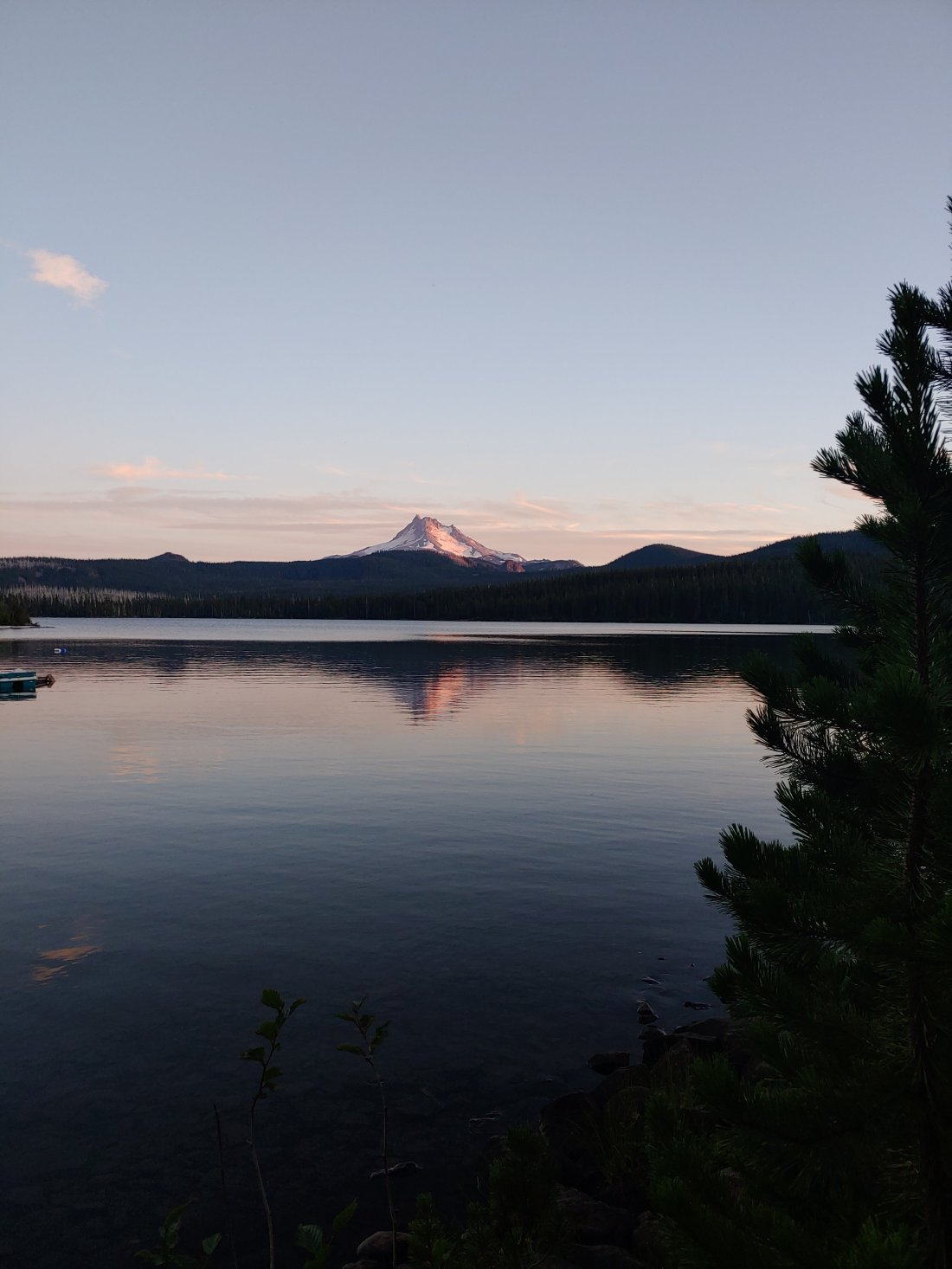 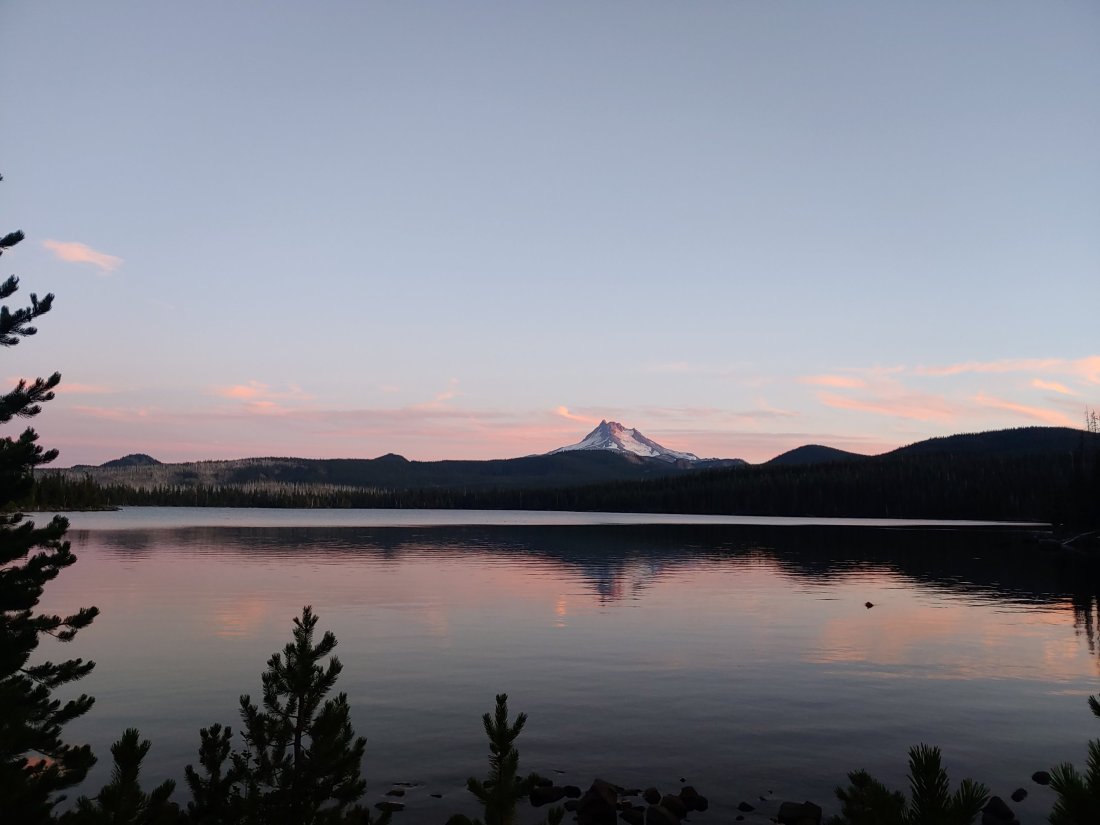 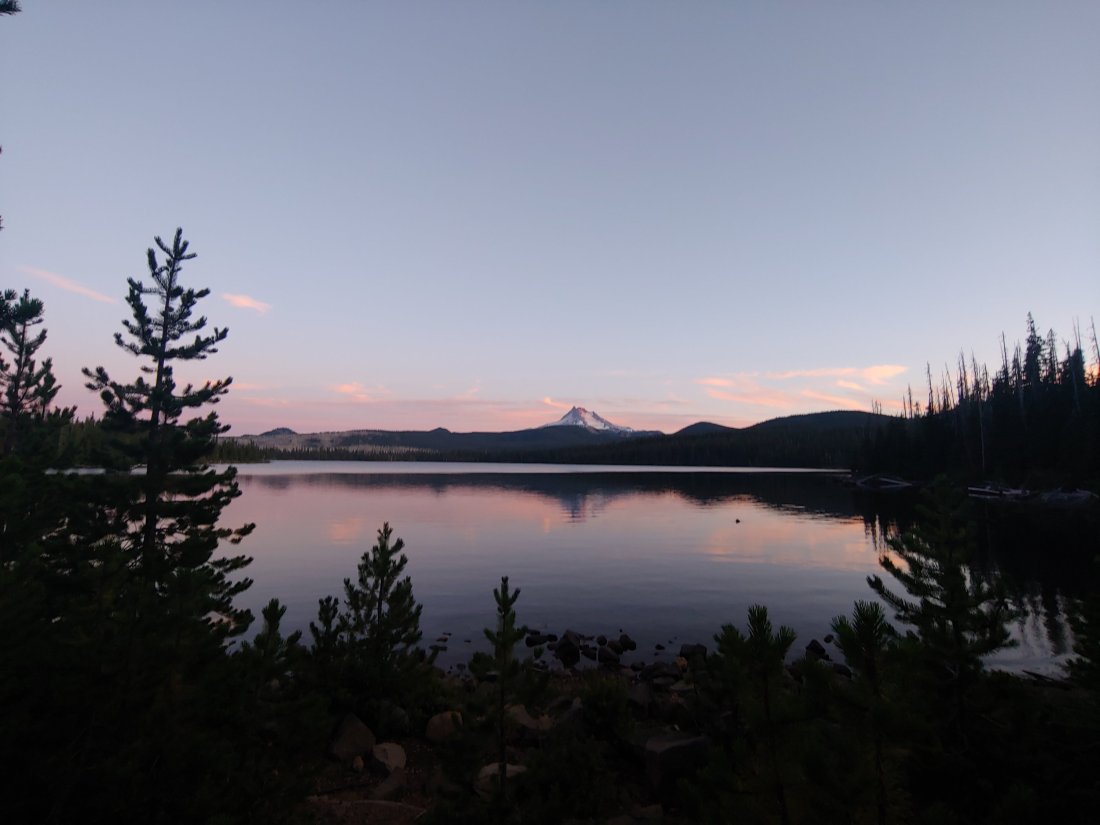