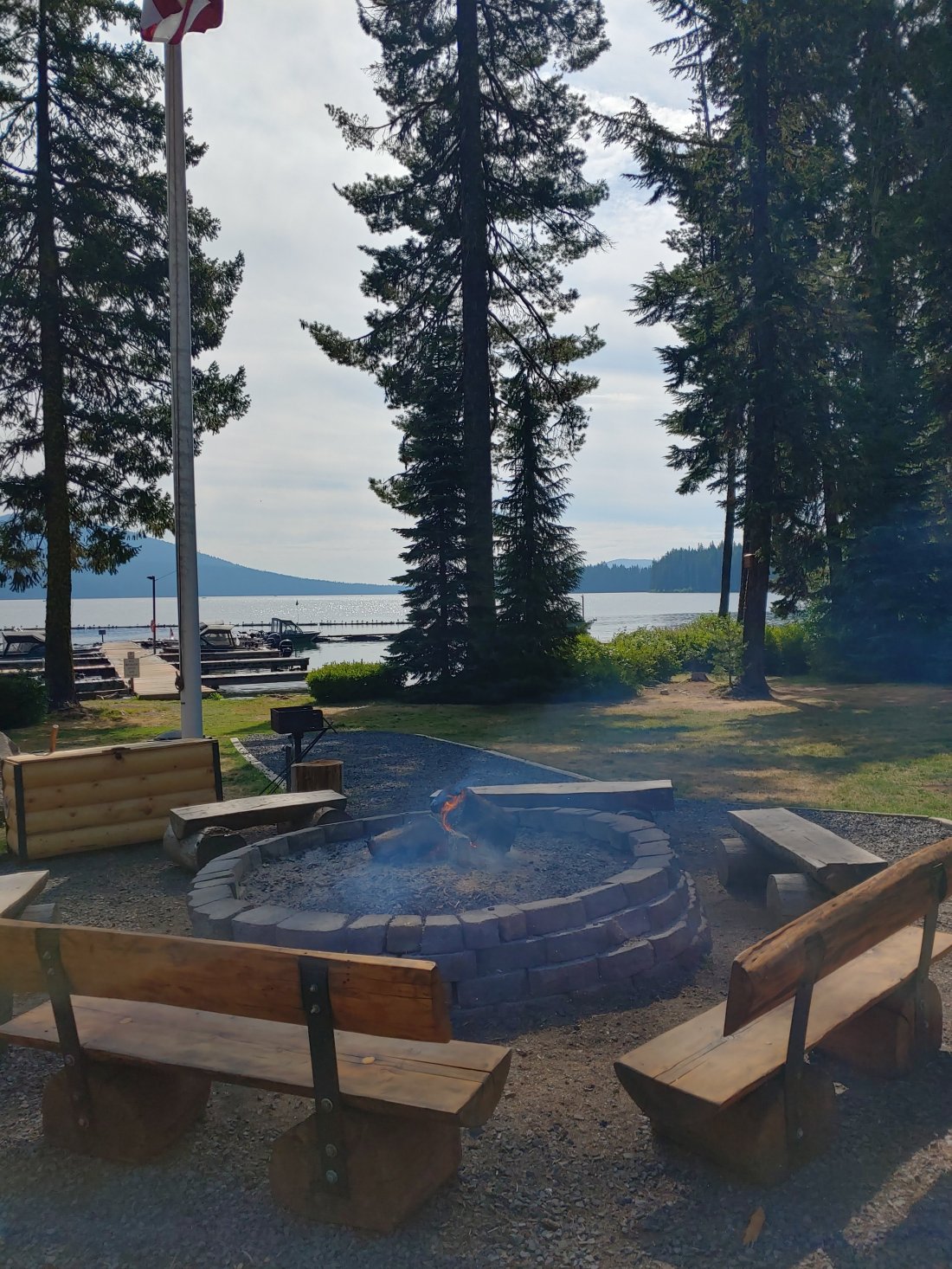 Many people send packages to Shelter Cove, claiming the store has limited supply options & is quite expensive, but for us, mailing 2 boxes ($40) + the 5$/box pick-up fee adds up, so we decided to shop at the store. Matt enjoyed having the limited choices while I struggled- I knew I wasn’t going to enjoy my meals in this upcoming section!!

Once we were all set to hit the trail, we started the procrastination process. I met and chatted with Fairie Feet, a fellow RN who works Labor and Delivery after suffering in Med/Surg for years. We chatted a bit about our futures- she thinks she is going to work on a farm for a bit in NorCal before going back to nursing- I love it!!! We also talked about another nurse we had both met individually at the resort- he was now retired, but he had worked as a nurse for 14 years with a few careers before and a few after- I love how fluid the people we have met on-trail are! Nobody seems to be stuck…
Speaking of stuck, Matt and I had been stuck on the idea of making it to Cascade Locks by midday August 17 for PCT Days, a festival for outdoor enthusiasts focusing on hiking & backpacking. We had heard that it’s a pretty neat thing to attend as a muggle, but that it’s extra cool as a PCT hiker. There’s apparently a great gear expo and a ton of raffles for awesome prizes- the problem? It’s 240 miles away, we had 10.5 days to get there, and we were two lazy hikers… I spent some time crunching the numbers and miles & figured we COULD get there, even with our planned zero day in Bend, but we would have to walk at least 25 miles each day with no wiggle room… ehhh, maybe we would rethink that..
I spent some time looking at the map for the next 88.5mile section and developed a few different game plans for how we could tackle it- one plan included a zero day @ Shelter Cove, one included a short 5 mile hike out later on in the evening, and one included a longer 15 mile hike out asap. Although the restaurant remained closed, they did offer to prepare and serve pizza during a short window of time this afternoon, so Matt and I decided to wait for pizza and opted for the short hike out.
While hanging around at Shelter Cove we heard a lot of talk about how people are struggling and unhappy on the trail- it was comforting to hear that Matthew’s sentiments were shared by many- I can’t tell you how many people have said, “I realized that I’m more of a section hiker” or, “why am I even walking?” Many, many people are angry, frustrated, tired, unhappy, and unmotivated. And SO many people we know (and many we don’t) have either decided not to finish the entire trail or have accepted the fact that finishing isn’t possible at this point & have either started yellow blazing (hitchhiking to skip sections of the trail) or have handpicked sections to hike. I can’t tell you how many times I have heard someone say, “we have decided to skip a part of NorCal.” -that’s our plan, too.
Other quotes overheard, summarized:
“I’m not having fun, but I’d be embarrassed to quit.”
“I’m over this. Like, if I want ice cream, I want it NOW! I don’t want to have to wait four days to get to a town to get ice cream.” (Believe it or not, this was not a direct quote from me!)
“So many people we have passed just look dead to the world.”
“I feel tired and uninspired.”
I am honestly so surprised that so many people are unhappy, but when I expressed my shock to Matt he said, “well that’s why there’s a book about it!” referring to the book Pacific Crest Trials. True, true, Matthew.
Back a few days ago when Matthew was really “over” the trail, I developed the PCT Grump Scale, a scale that ranges from 0-10 with 0 being no grumps& completely at peace with the trail and 10 being that we are quitting. I am happy to report that since leaving Crater Lake scores have been averaging 1-2. 🙂 It definitely helps that we have decided to take it slower and ENJOY ourselves, which at times mean waiting all day for a pizza!
While enjoying our pizza it started to drizzle- day two of rain in Oregon! Ah! 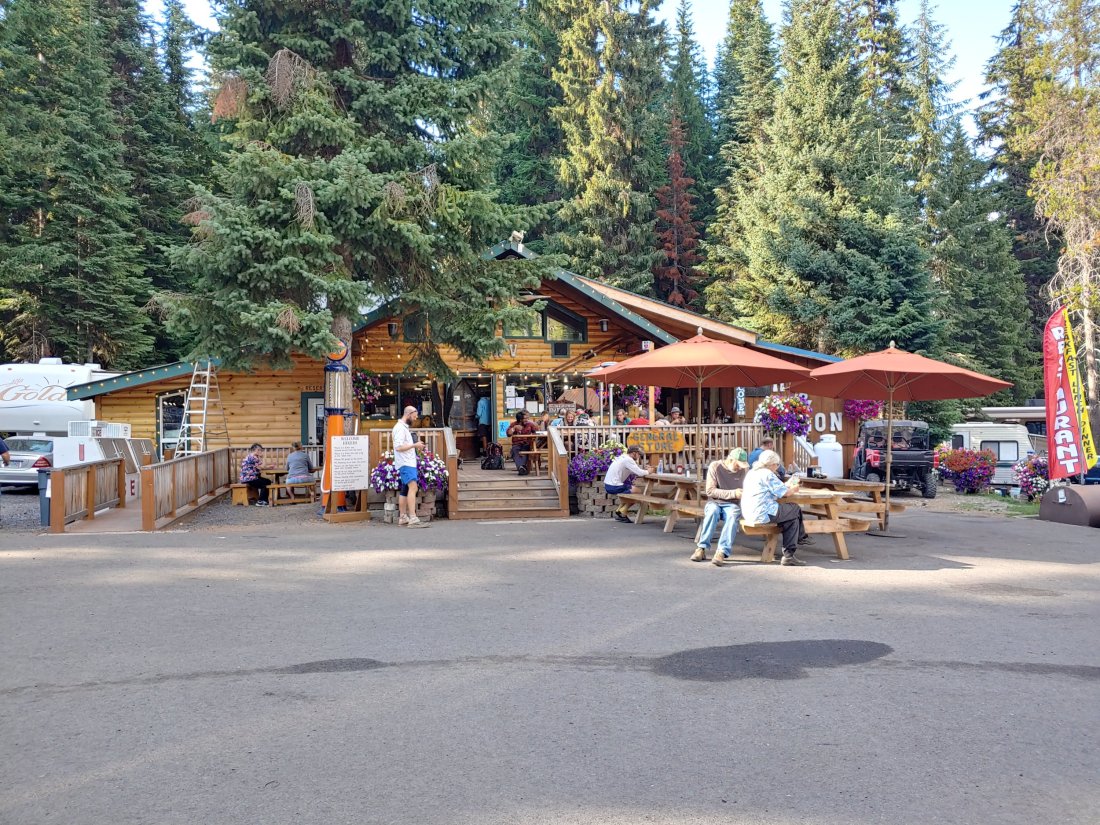 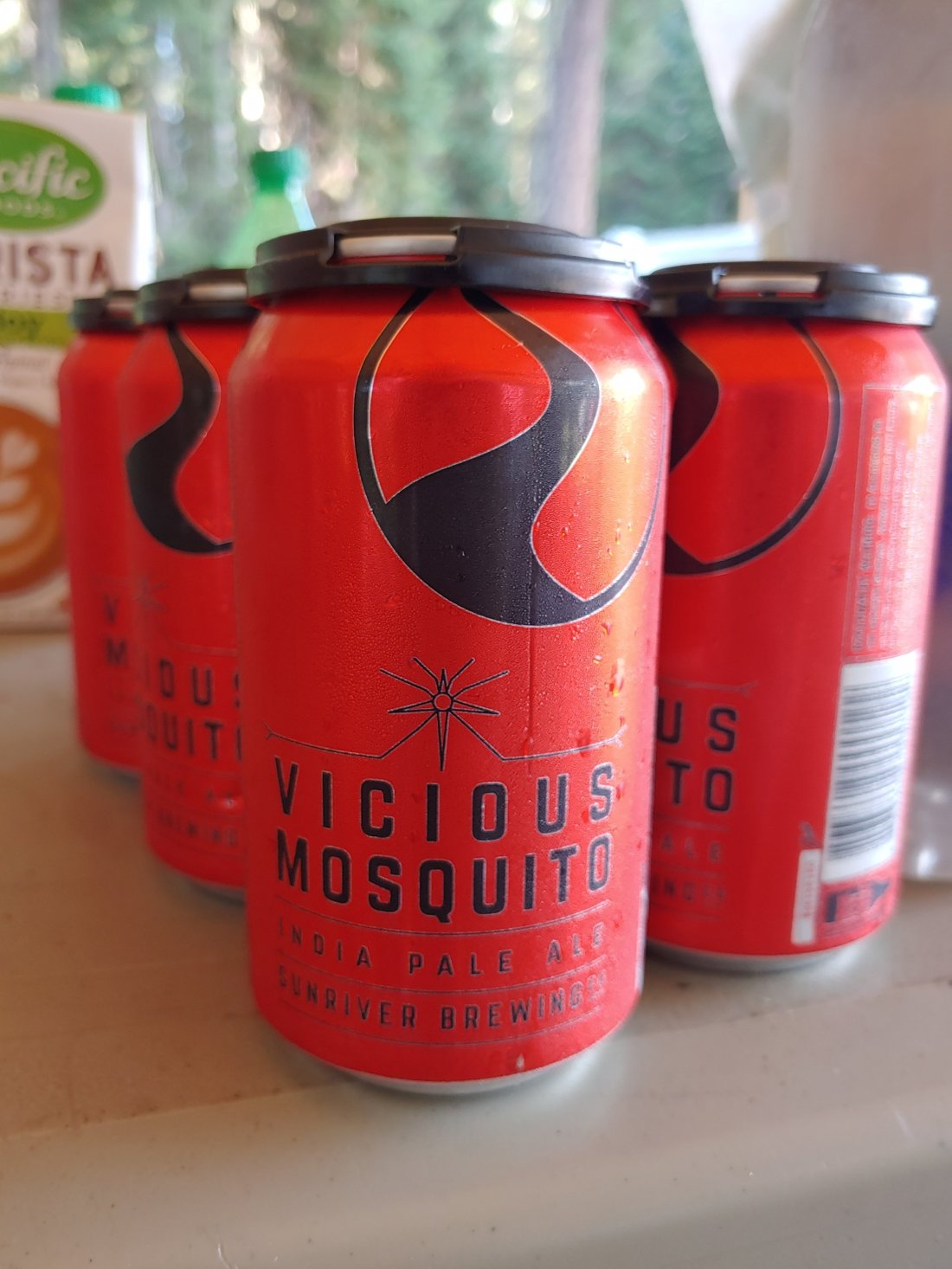 Thankfully the rain didn’t last long and it was dry as we began our hike some time after 5:30.

We had a little bit of a climb, I broke my nail too short while trying to close my broken fanny pack (OUCH!) and gave myself a fat lip from apparently being a little too aggressive when taking a sip from my water bottle- but we had some amazing views 🙂 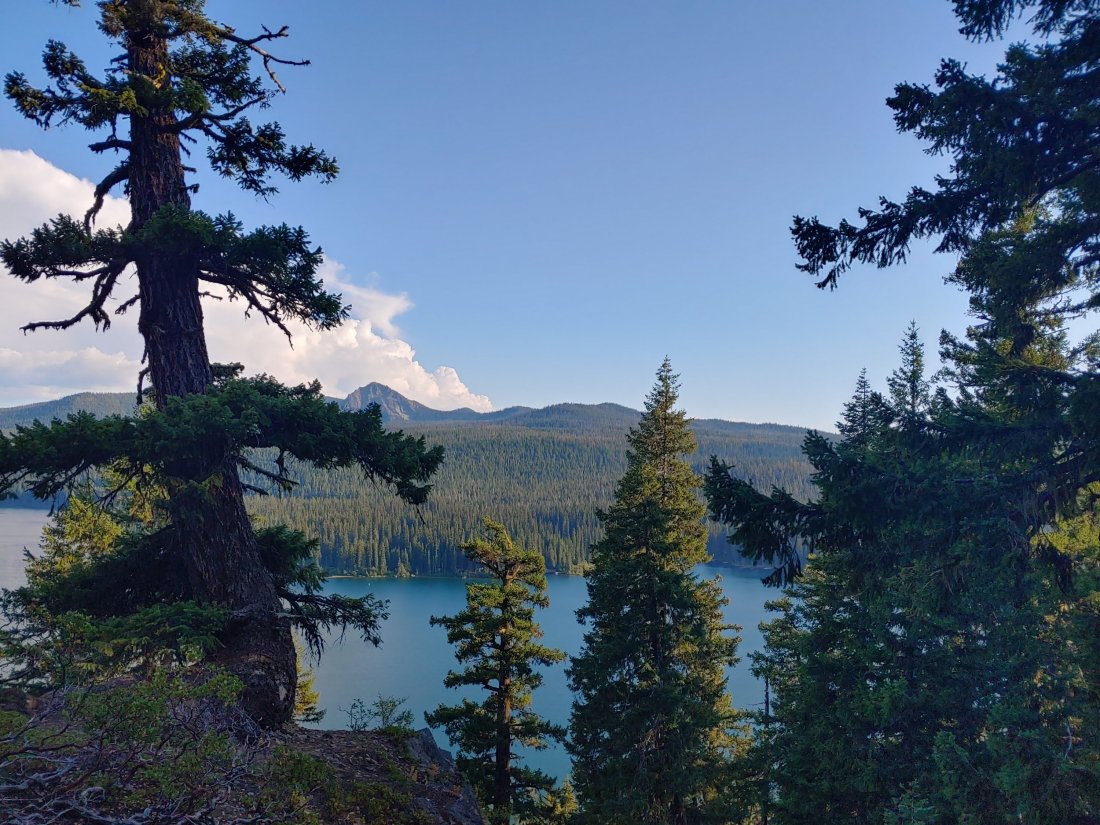 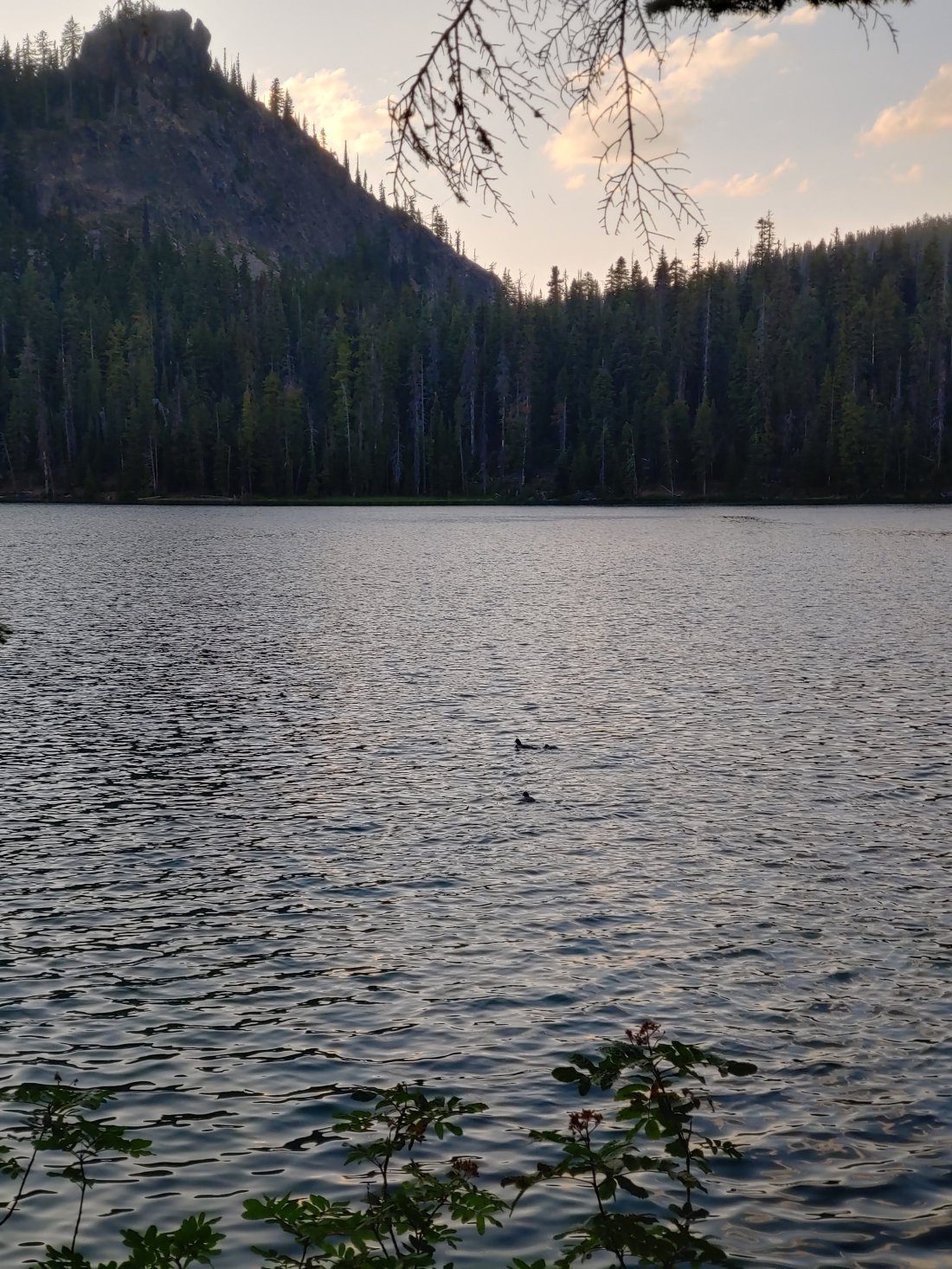 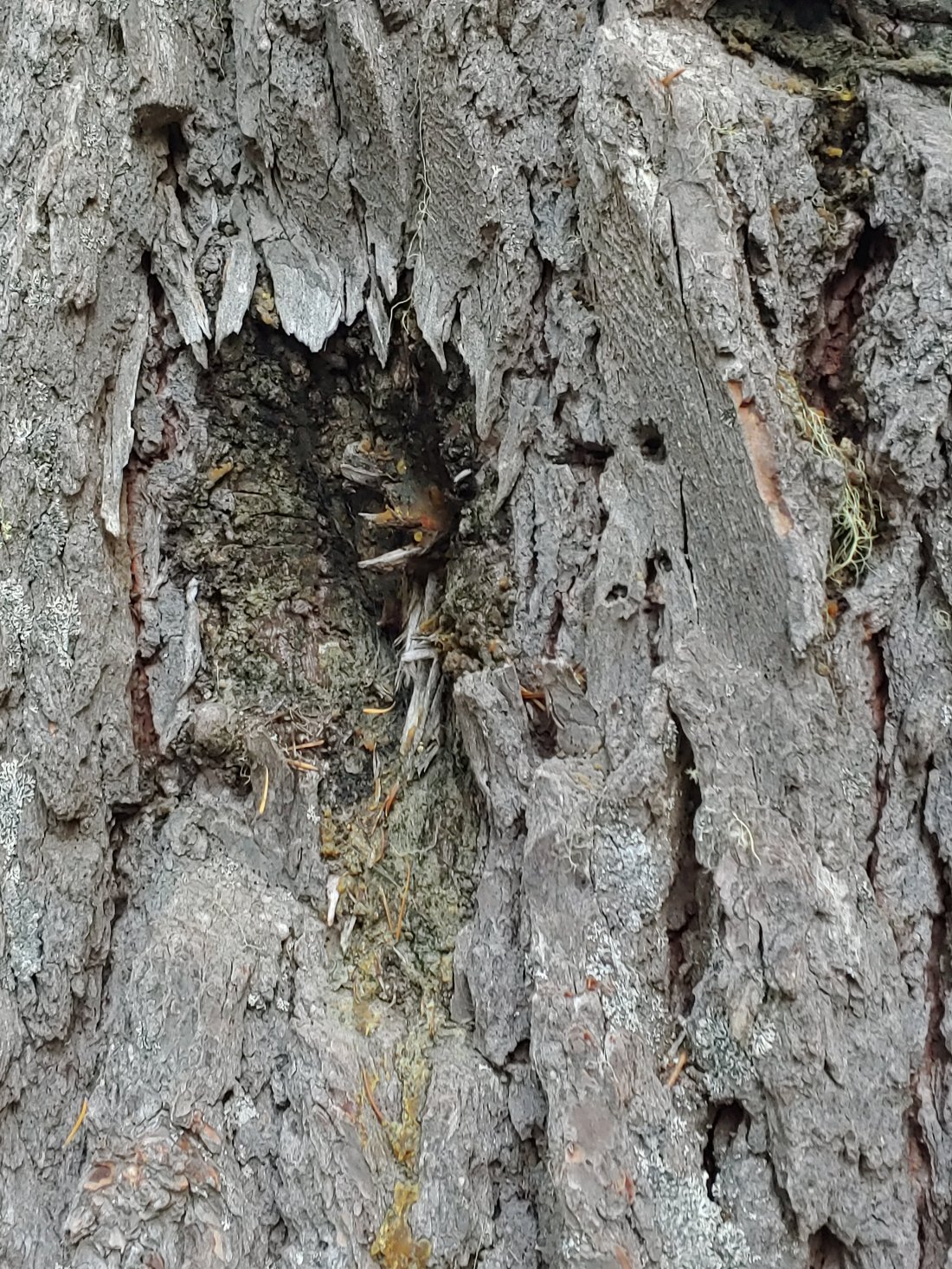 We ended up camping at a great site between Middle and Upper Rosary Lakes, and even though we arrived late to camp, since we had already eaten we didn’t have too many chores and we were able to get to bed fairly early.