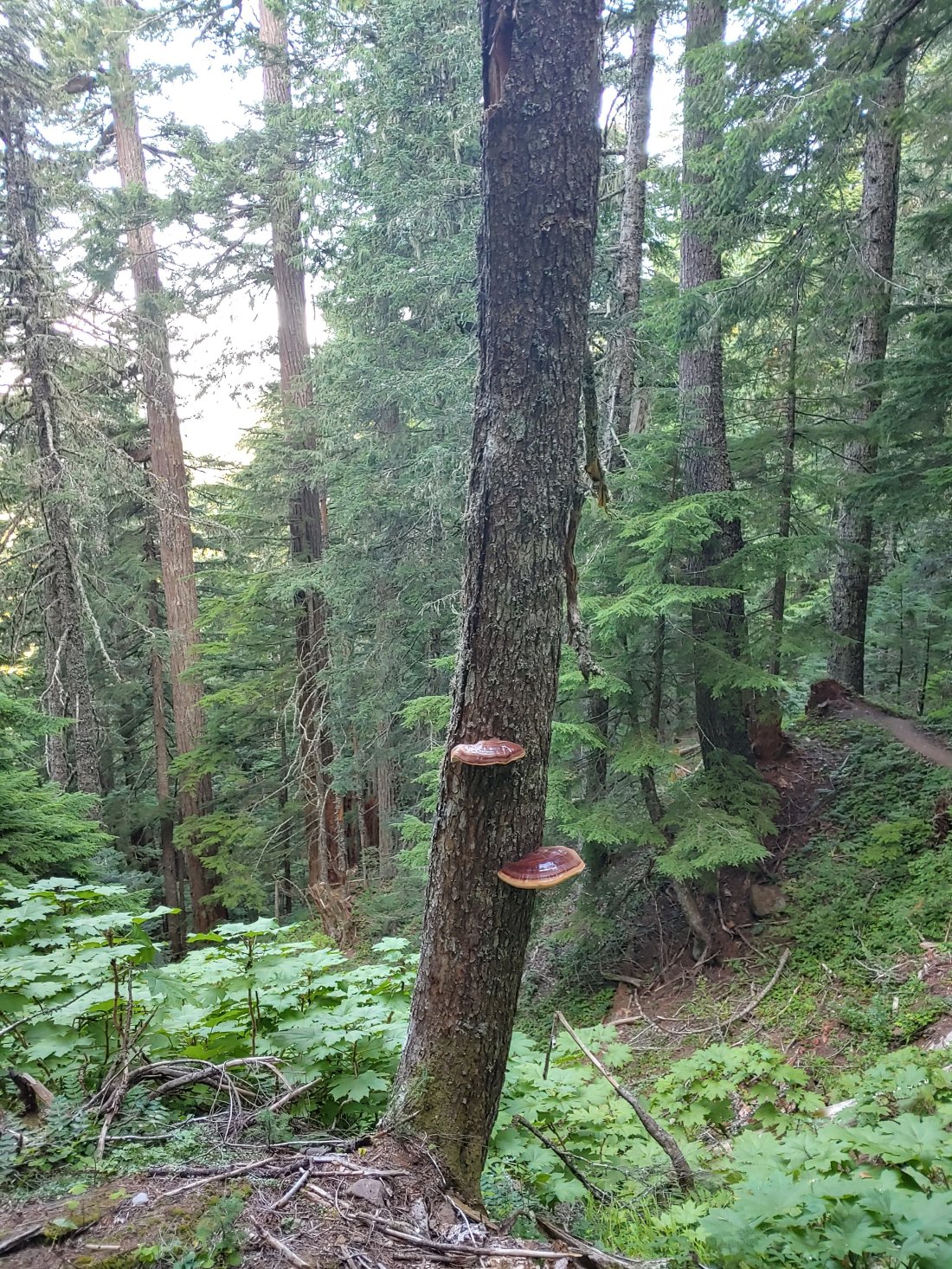 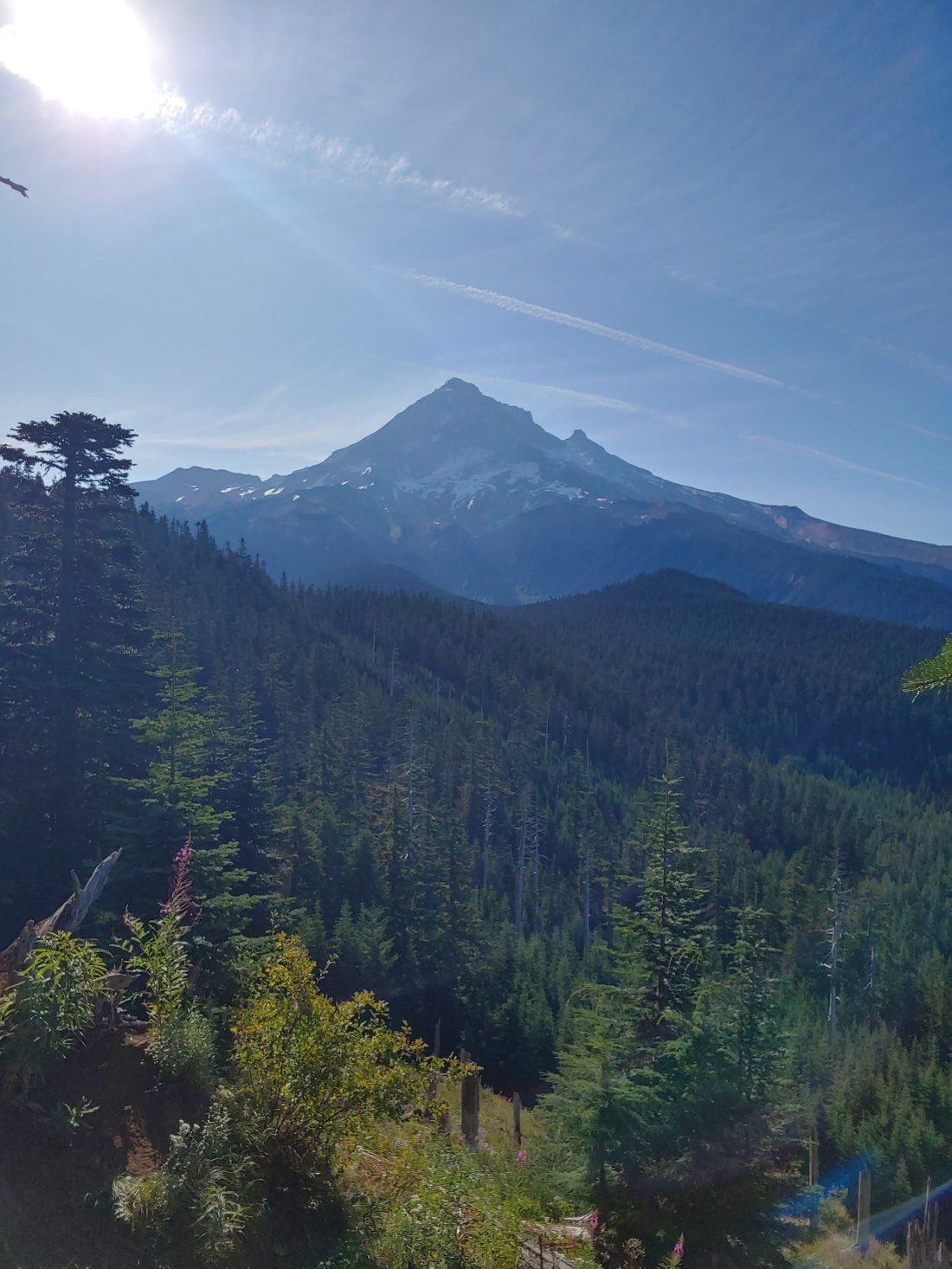 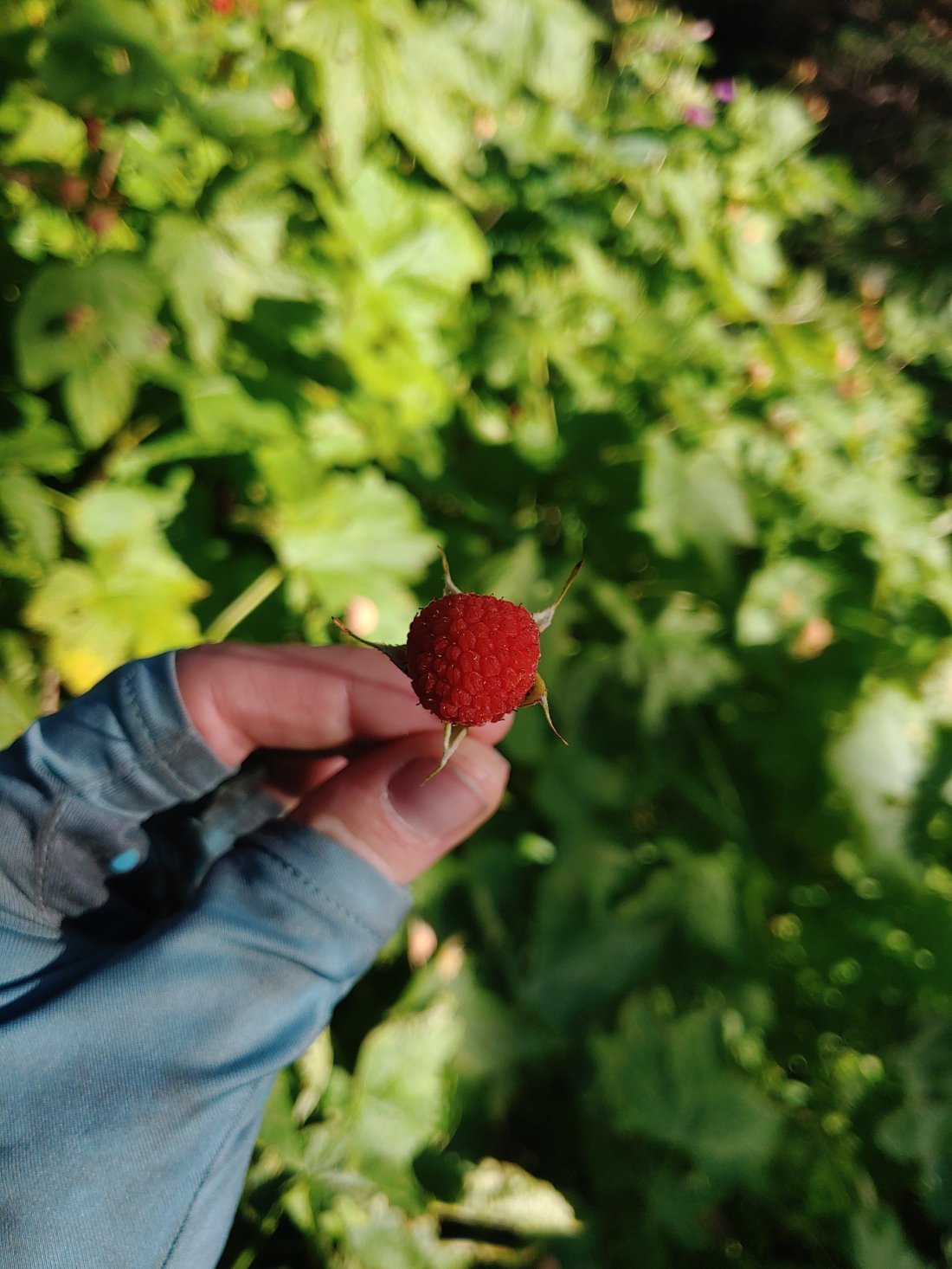 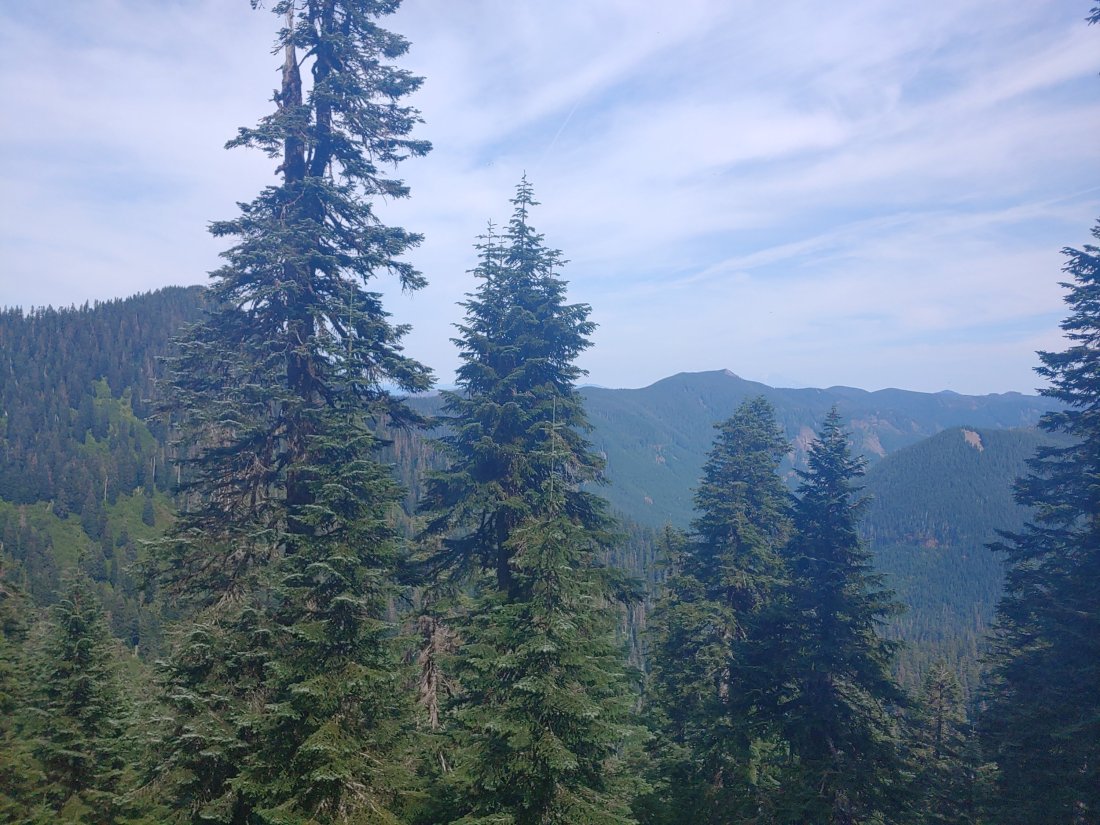 We stopped for lunch at what was apparently a super popular lunch spot- we met Dr. Seuss from Germany and her friend Ana from Australia (whom we had camped next to the night before), & we were joined by Rob from Germany & Bernard from France (we met them briefly at the Sandy River the day before), and an unnamed SoBo hiker from an unknown place.

Before the others arrived, Dr. Seuss had asked if Matt and I made it to PCT Days in Cascade Locks- I explained that although Matt and I had originally planned to, we agreed that we would rather take our time and enjoy our hike vs. rushing through big miles to make it to a festival that we could attend in the future. After confirming that Dr. Seuss didn’t go through the Sierra I added, “besides, I feel like it would have been overpopulated by the Sierra people, and I’m not the biggest fan.” I held my breath, worried that I still somehow managed to offend her.
Instead, Dr. Seuss agreed with me! She said that the Sierra Suckers give off a “high and mighty” vibe, adding, “like, congrats for being strong enough to cry yourself to sleep every night.” Phew. I had been thinking that Matt & I are just old and cranky and that’s why we can’t stand the SS, but apparently we aren’t the only ones getting the bad energy!
After about an hour, Matt & I started to pack up. While most people that we had lunched with were planning on camping at Wahtum Lake, 9 miles away, Matt and I wanted to push on another 15 for the day.
We stopped at this “piped spring” for some water- the pipe was gone, replaced by a leaf. Same, same but different! 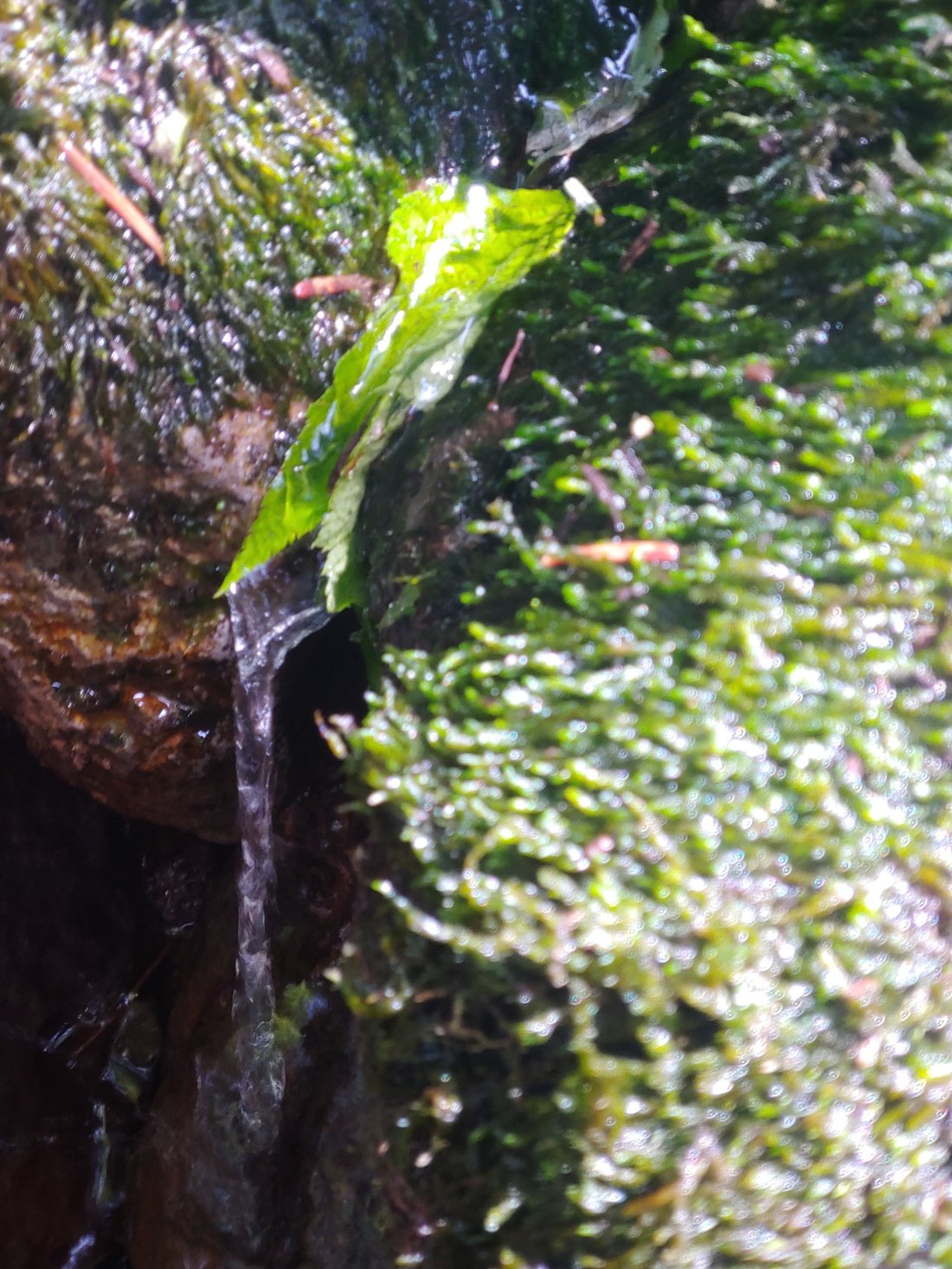 After filling up water we continued on- Matt was slightly ahead of me, and at one point he stopped and waved to me, silently telling me to look up at a ridge we were hiking below. Apparently there was a little black bear that scurried up the hill when he heard Matt coming, but the bear stopped at the top of the ridge to look back. Matt was hoping I’d be able to catch a glimpse of the bear, but no such luck. We continued on yet again…

We made it to the lake a little after 5, where we enjoyed a snack and rested our feet. We each needed a liter of water, so Matt was a saint and climbed down the steep slope to fill both of our waters, while I sat on a log trying to remember the premise of the movie Mothman Prophecies- I remembered being scared of red lights after seeing the movie, but I couldn’t remember why! It’s strange what you think of when you have nothing to do but walk and think…

Before getting up to leave, we were joined by Rob and Bernard- holy shit they might be our favorite Sierra hikers yet- they are HILARIOUS!! Rob is quite envious of anyone and everyone who skipped the Sierra- he said it was absolutely miserable!

And, like Matt (& apparently the majority of the hikers on the PCT), these guys are totally over the trail and cannot wait to be finished. Bernard was quite theatrical in reenacting stories from the Sierra- he had Matt and I dying! He told us how he had gotten mad at his pack ’cause he had lost so much weight that his hip belt no longer fit, then he showed us how he threw the pack down on the ground and started beating it mercilessly, curse words flying. He then shared how Rob’s trekking pole broke, which lead to Rob to throw his pole off a mountain like a javelin. Ah, yes, the Pacific Crest Trials.

Again, it was extremely refreshing to hear others express their disdain towards the trail! How morbid is that?

We could have stayed listening to these guys all night, but eventually Matt and I had to cut the conversation short so we could hike the last 6 miles of our day. From the lake we climbed 500 feet in 2 miles, then descended for about 3 miles.
At one point we started to smell smoke, and then we turned a corner to find the entire sky covered in smoke- where did that come from?!? We passed two SoBo hikers & asked if they knew anything about the fire, but they hadn’t heard anything. In conversation we learned that they were both from San Diego, so we spent some time talking to them about our shared home before we all carried on. 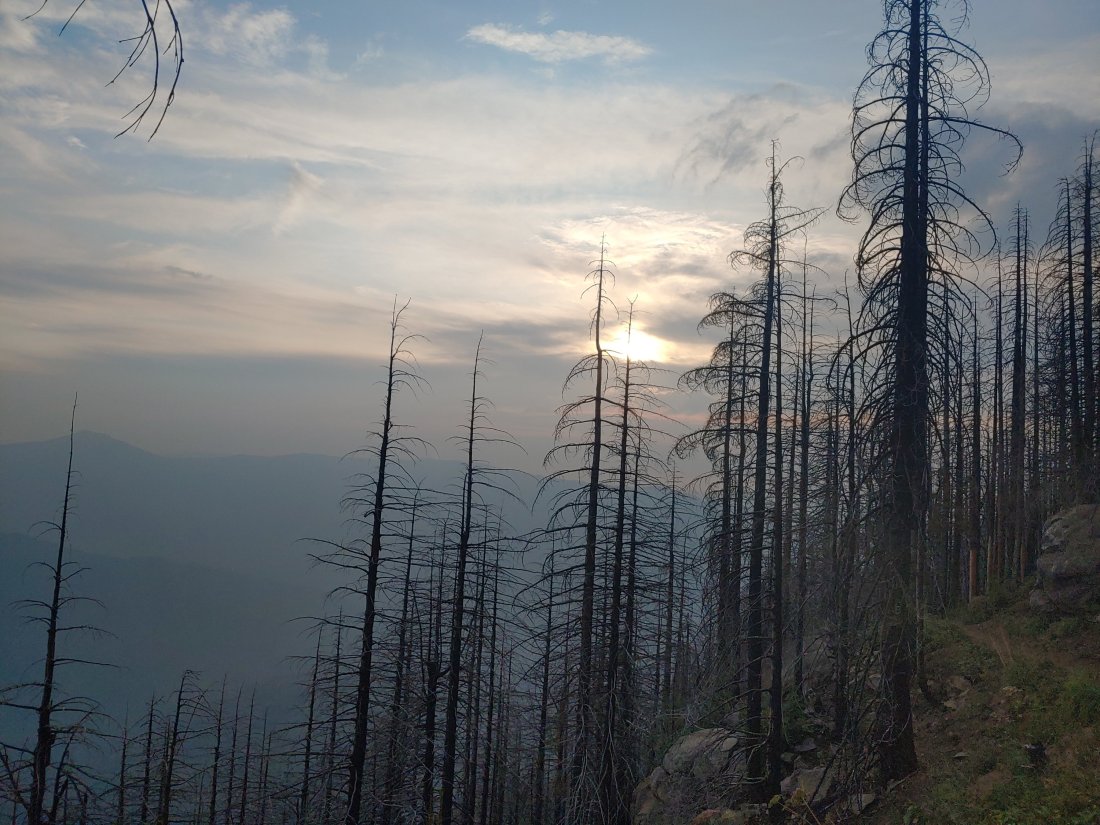 We walked through an old burn scar- with the sun setting & the current smoke, it was pretty trippy! 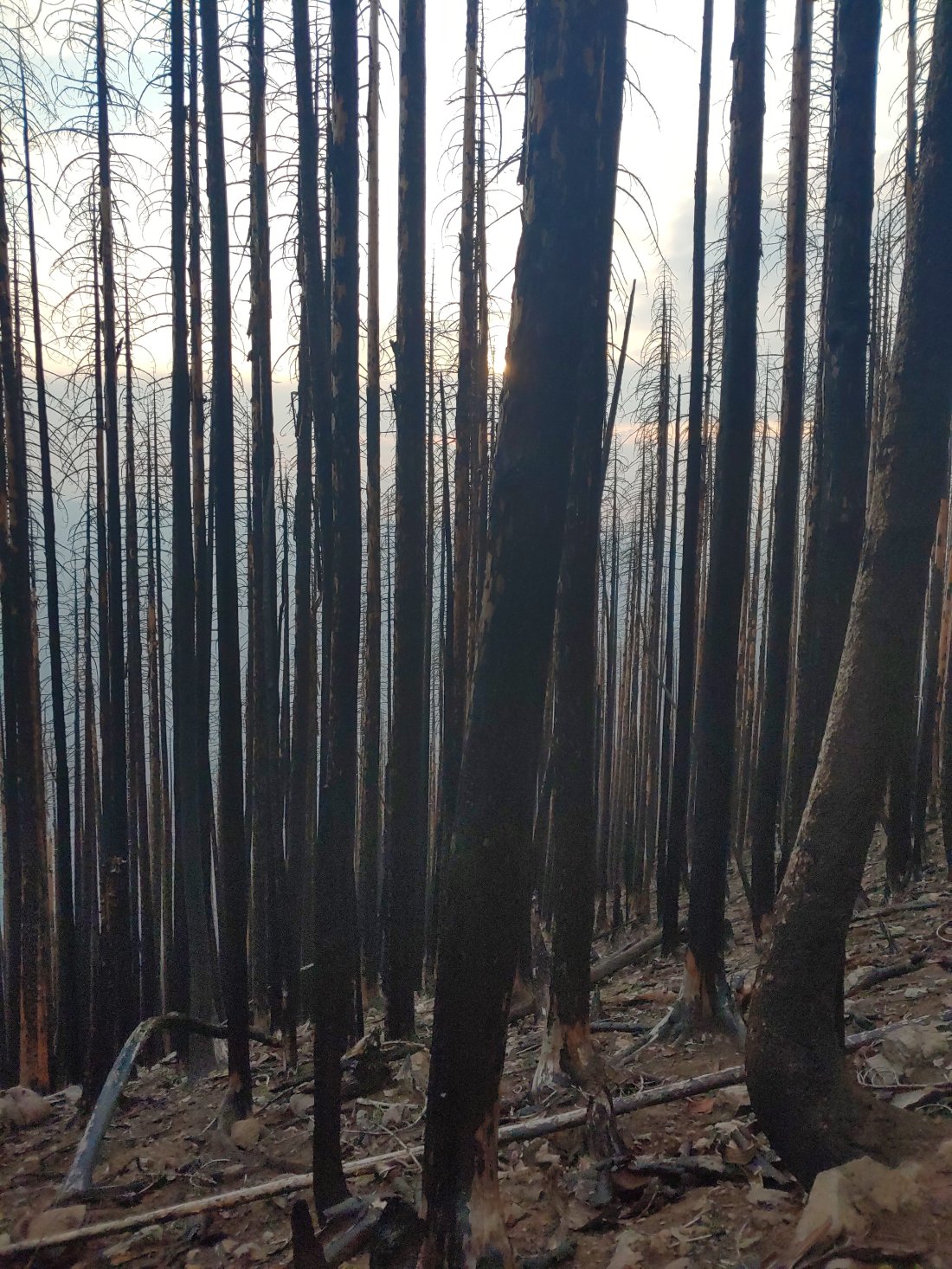 The last mile was a butt kicker!! We climbed 400 feet in less than a mile, which after a long day felt rough!
We finally came to our planned tent-site and saw that the site had already been claimed, but we thankfully found another one close by. We set up the tent, ate dinner, and tried to get to bed early- we had heard that it was supposed to start raining around 10 the next morning and we had 10 miles to go to get to Cascade Locks, so we had hoped to do a 10 before 10. Just as I was settling in to sleep, I was attacked by a huge moth with big red eyes- fuckin Mothman!! {As I’m writing this I just googled the Mothman Prophecies- seeing scary big moth with red eyes =bad omen. Greaaaaat.} After Matt again saved the day by removing the moth from our tent, we went to bed… 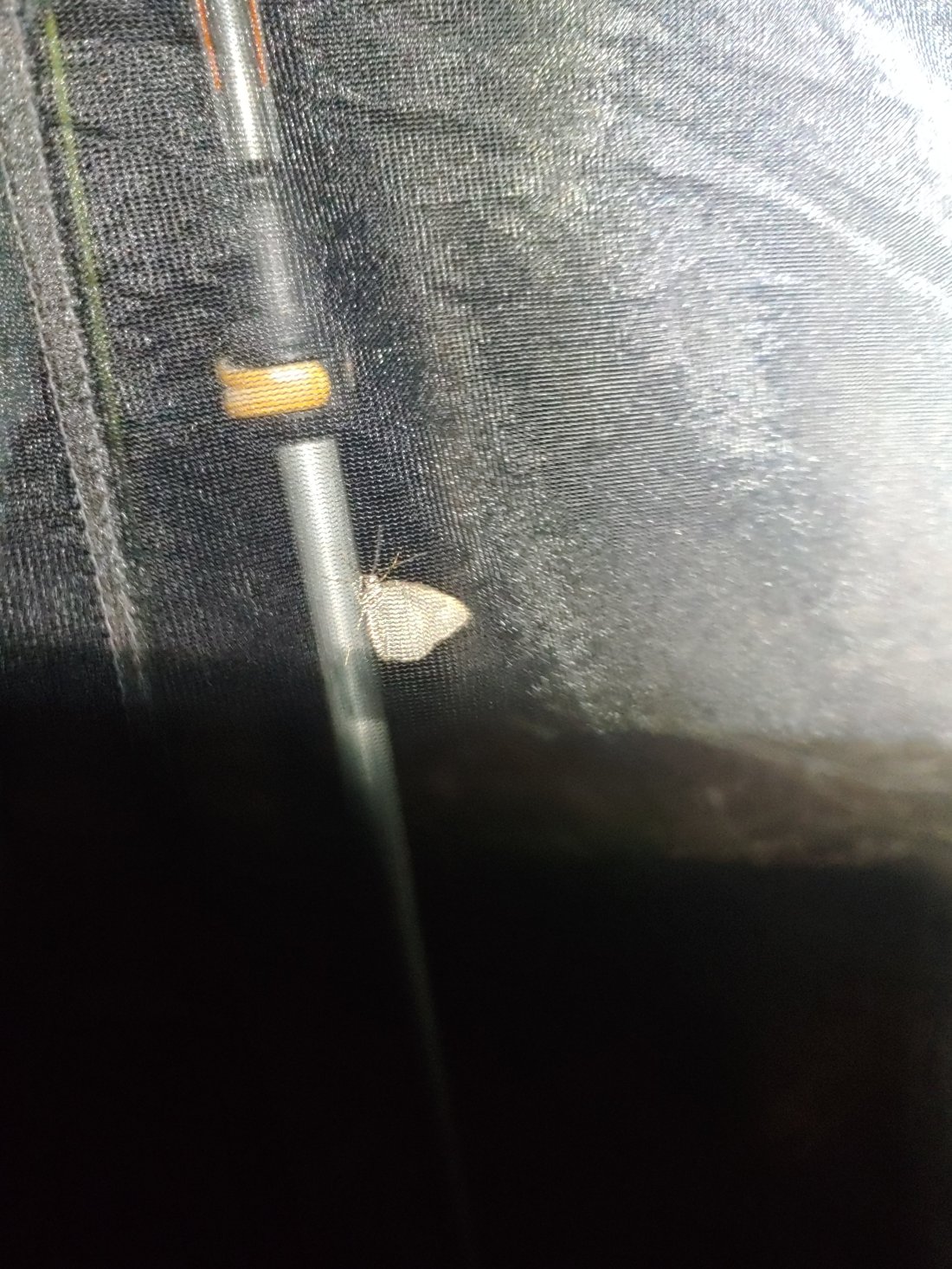 Happiness is: hitting another milestone! We are officially more than halfway done with trail!